“He’s the best political journalist this country has seen, I reckon.”

High praise from Neil Mitchell, who chatted with retiring Nine News journalist Laurie Oakes in a fascinating, extensive interview about the past and future for Australian politics.

Below is a snapshot of what Laurie Oakes thought about…

He’s a brilliant man. And I think he’s got the makings of a good Prime Minister, but he’s not a natural politician.

Bill Shorten has surprised me. He certainly dances rings around Malcolm Turnbull when it comes to political manoeuvres , and he’s showing a bit of guts.

Tony Abbott I like a lot, you know. If you were going to pick a politician to have a feed or a beer with you’d pick Tony Abbott. He’s got ideas, but he changes them like he his changes his socks. He doesn’t stick to anything. He doesn’t really have an ideology.

He’s a wonk. He wants to do good. He’s a policy person. But he’s not a good people person. 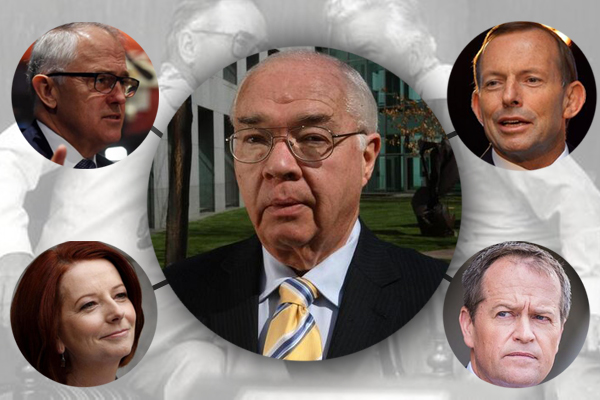