The price of Australian wool is down by more than 28 percent since the start of the year.

Trade tensions between the US and China has seen the Eastern Market Indicator close the final week of winter at $13.75 per kilogram, down from $19.10 in early January.

“I’m not sure we’ve seen one as dramatic as this for a long time,” the fourth-generation producer said.

The market crash has largely been driven by Chinese mills slowing down production because of a build up wool products.

“In contrast to the last two years, where we’ve had strong sales of final fabrics, and wool has been moving through the pipeline quickly, that for several months now has been slowing up.”

Threats of the US introducing a 15 percent tariff on Chinese wool products have now become a reality, adding to the market-woes.

The global uncertainty is compounding the troubles producers are facing when it comes to managing the impact of drought.

“We’re very concerned, many wool growing areas are in pretty severe drought, and people need cash, so many of them may need to sell wool,” Mr Storey said.

“The prices they’re receiving are a lot less which restricts their ability to finance their feed and production costs, which are always a lot higher in drought.

Listen to the full interview above, where Ed and Eddie discuss how producers will manage the on-going tough conditions. 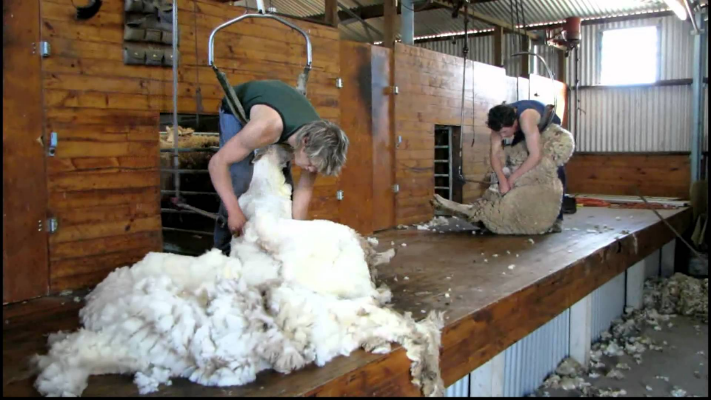