The man behind a mass text message campaign has defended the tactic.

Many of us received a text message over the weekend encouraging us to vote Yes in the marriage equality postal vote.

Alex Greenwich from Australian Marriage Equality acknowledged the message may have annoyed some people.

“We’re in a situation, though, where we have to campaign to ensure as many people vote as possible,” Mr Greenwich told Tony Jones on Monday.

“The text message simply reminded people that postal surveys were out, and we’re the Yes side, so we’re going to encourage people to vote Yes.

“We know from looking at stats this morning that it encouraged tens of thousands of people to vote Yes.” 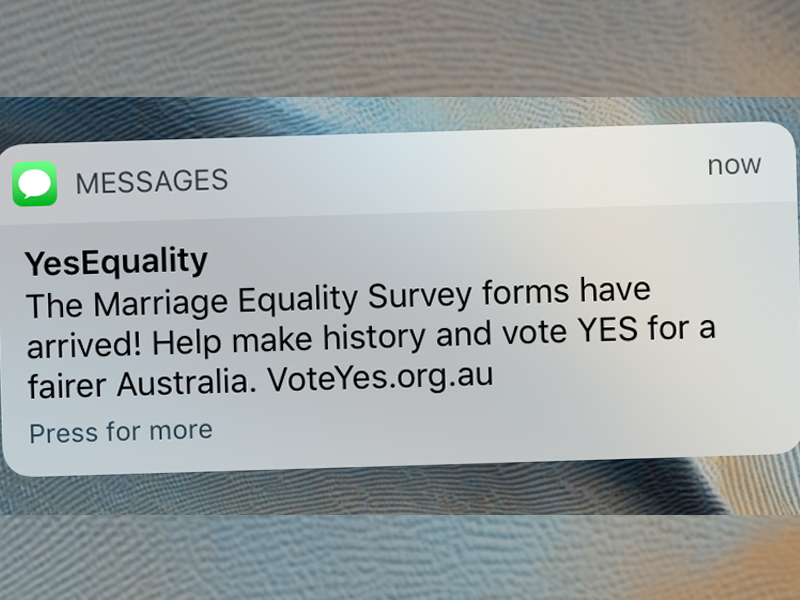