Poddy the terrier ends up on CityLink while chasing a duck!

A runaway dog has been rescued safely on CityLink!

Poddy the terrier was going for a walk with his owner along Moonee Ponds creek at Essendon on Wednesday night when he bolted off to chase a duck and became lost.

He was spotted about an hour later wandering along CityLink near Brunswick, narrowly avoiding traffic. 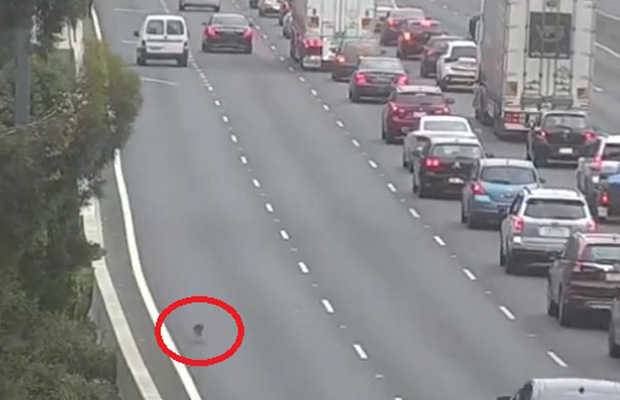 Transurban then used overhead signs to close lanes, so an incident response team could get to Poddy safely.

The Lost Dogs’ Home picked up Poddy, gave him a health check and the all clear before reuniting him with his loving owners.

Little Poddy the dog was lost and confused on CityLink last night. We used overhead signs to close lanes so our speedy incident response team could get to him safely, then @LostDogsHome gave him a quick check-up. Poddy and his owner have since been happily reunited! #homesafe pic.twitter.com/UDVZqwejev