A man has been bashed with a torch while delivering packages in the early hours of the morning in bayside Melbourne.

Police say the 33-year-old victim was working on Wilgah Street, St Kilda East, when he was approached by a man shortly after 3.30am on Sunday morning.

That man has verbally abused him before punching him in the head and bashing him with a torch.

The victim, from Point Cook, was found lying unconscious on the road.

Police have today released a computer generated image of the suspect.

“Stealing from mailboxes or something like that,” Det. Snr Const. Epstein said.

“He left him lying unconscious on the road and fled the scene.

“The victim has quite serious injuries, a fractured skull and serious facial injuries.

“He’s got several months of recovery ahead of him.” 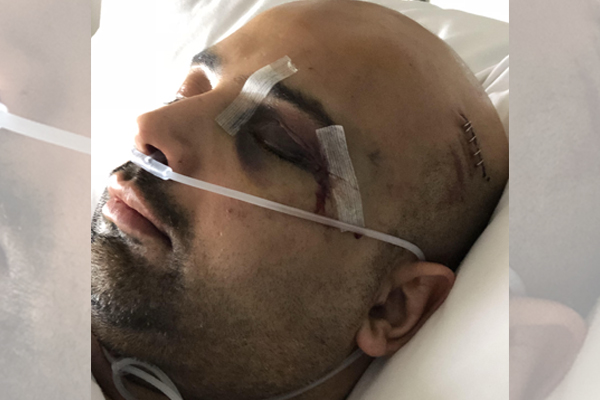 Police urge anyone who witnessed the assault or who has information to contact Crime Stoppers on 1800 333 000 or submit a confidential crime report at www.crimestoppersvic.com.au.