A police officer has been snapped outside a primary school, appearing to be attempting to conceal himself behind a tree to covertly jot down driver’s details.

He said he watched the uniformed officer taking down notes after seeing vehicles breaking the law.

“Is this how policing is done now?” Dale said.

“I was taking the kids to school and my son took those photos.

“He (the policeman) appeared to be observing traffic coming and going from the primary school.

“I think if I was doing the wrong thing I’d rather be caught live than receive a fine in the mail three weeks later.”

“It used to be a matter of the more police you could see the better, maybe there’s been a change in policy?” Neil said. 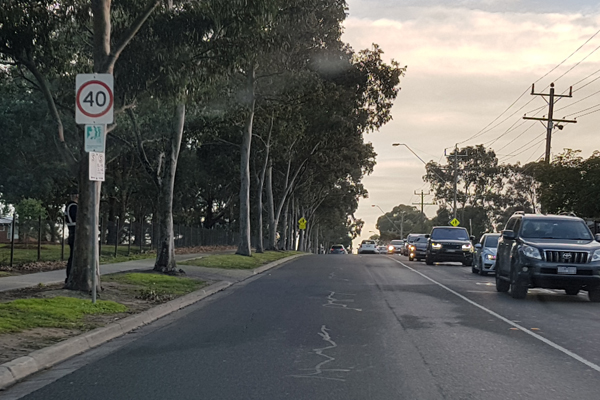 Upon hearing Neil mention this – Brian sent in some photos of a similar incident he witnessed.

Brian said he saw a police officer hiding behind a tree out the front of McDonald’s in Preston.

“They were checking if people were using their mobile phones when pulling up at traffic lights,” he said. 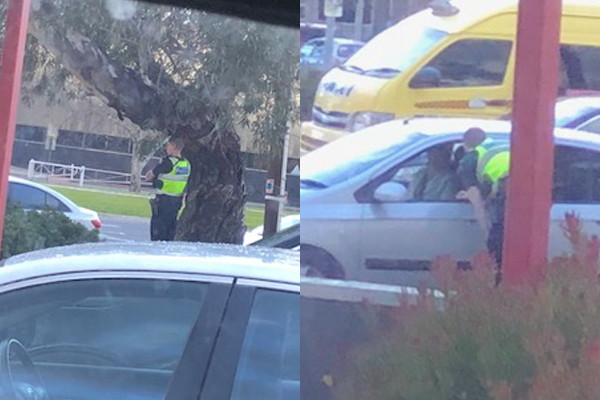