Police have released photos of a man wanted for questioning over the horror bashing of a 78-year-old outside a South Yarra church.

Penelope was opening Saints Constantine and Helen Greek Orthodox church on Saturday morning when she was approached by an unknown man at about 6.15am.

He punched and kicked her before stealing her shopping trolley.

She sustained brain bleeds, and a broken hip and wrist in the cruel attack.

Investigators have released CCTV images of a man they believe may be able to assist with their inquiries. 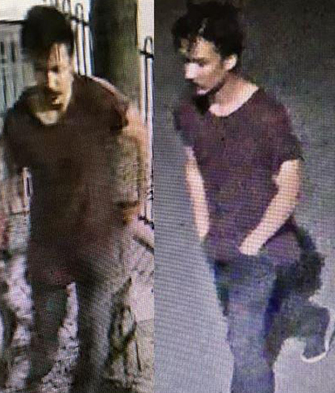 Police are also calling for witnesses or anyone with information to contact Crime Stoppers on 1800 333 000 or make a report at www.crimestoppersvic.com.au