A grassfire that forced the evacuation of homes in Melbourne’s north-west on Monday night has been deemed suspicious.

About 40 people were evacuated from their homes at Taylors Lakes on Monday night as the blaze threatened to encroach.

No homes were lost in the blaze, which started behind Rowell Place, but fences and sheds were damaged.

Investigators have released images of a man on a bicycle who is wanted for questioning. 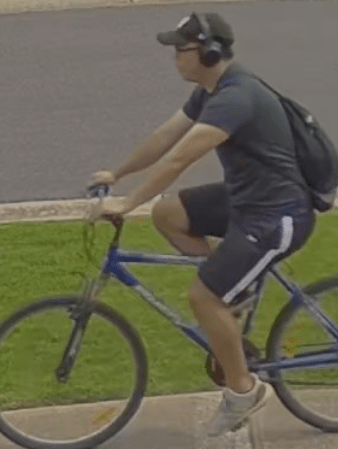 Image: The cyclist police would like to speak to.