Fitzroy attack: Police search for man who sexually assaulted a woman on an inner-suburban street

Police are hunting for a man who pulled a woman along a Fitzroy street and sexually assaulted her.

The victim, a 22-year-old woman, left a Brunswick Street bar at about 1.45am on December 8. Soon after leaving the bar she saw a car approaching her near the corner of Westgarth Street.

The 2002-2004 Hyundai Getz hatchback pulled up nearby and the male driver got out.

The man chatted to her briefly before grabbing her and pulling her into Westgarth Street and sexually assaulting her.

The victim was able to escape and her attacker drove away.

Police have today released images of a man they wish to speak to in relation to the incident, as well as the car the attacker was driving.

The man is described as Indian in appearance, with a slim build and a beard. At the time of the incident he was wearing a dark green jacket, grey hoodie, blue jeans and a red beanie.

Investigators are hoping someone will recognise the man or the vehicle and are urging anyone with information to contact Crime Stoppers on 1800 333 000 or submit a confidential crime report at crimestoppersvic.com.au 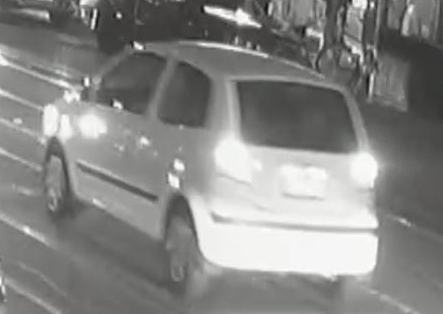