Two people have been charged over the fatal shooting of fruiterer Paul Virgona.

Port Melbourne man Josh Rider, 29, and Kilsyth man Aaron Ong, 35, have been charged with the murder of Mr Virgona, who was shot dead on EastLink while driving to work in November.

The charges come after a series of raids at Melbourne properties associated with the Mongols outlaw bikie gang this morning.

They seized six firearms, powders believed to be illicit drugs and a boat in the raids.

A 30-year Tecoma man has been charged with drug possession and will appear at Ringwood Magistrates’ Court on May 7.

A 30-year-old Montrose man was also arrested this morning, but has been released pending further inquiries.

“The use of illicit firearms in our community, particularly when it leads to somebody being killed, is something that causes immense fear,” she said.

“If you choose to arm yourself, and choose to use firearms in crimes, Victoria Police will do everything in its power to hold you accountable and bring you to justice.”

In Port Melbourne, police surrounded a home on Lalor Street from the ground and the sky at about 5.30am, using a megaphone to demand the occupant, who is allegedly linked to the Mongols outlaw motorcycle gang, come outside.

The man crawled out on his stomach and was arrested by police.

Police then smashed in a glass door and raided the townhouse. 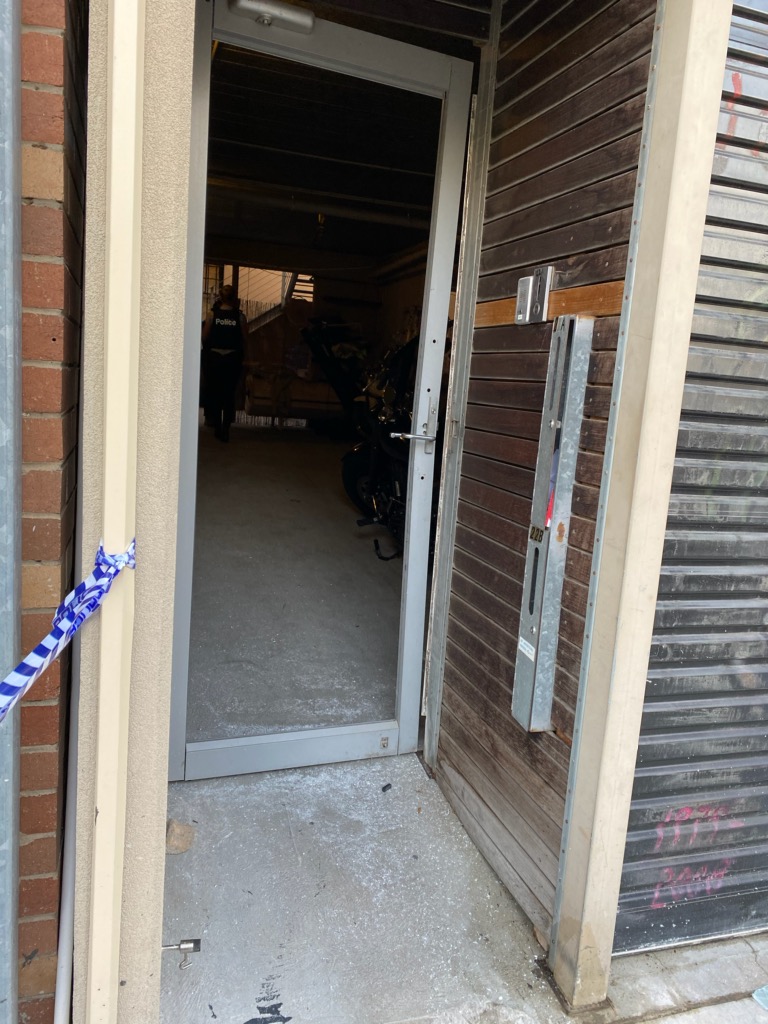 Police not ruling anything out as they investigate EastLink execution