One of Melbourne’s most prestigious Catholic schools has warned parents it is set to feature in an upcoming episode of Four Corners.

He did not disclose what topic would be covered in the broadcast, which is expected to air on the ABC next week.

However, he told parents he was receiving “professional advice” and also promised “our students will be supported and spoken to on the day after the program in age-appropriate addresses and assemblies”. 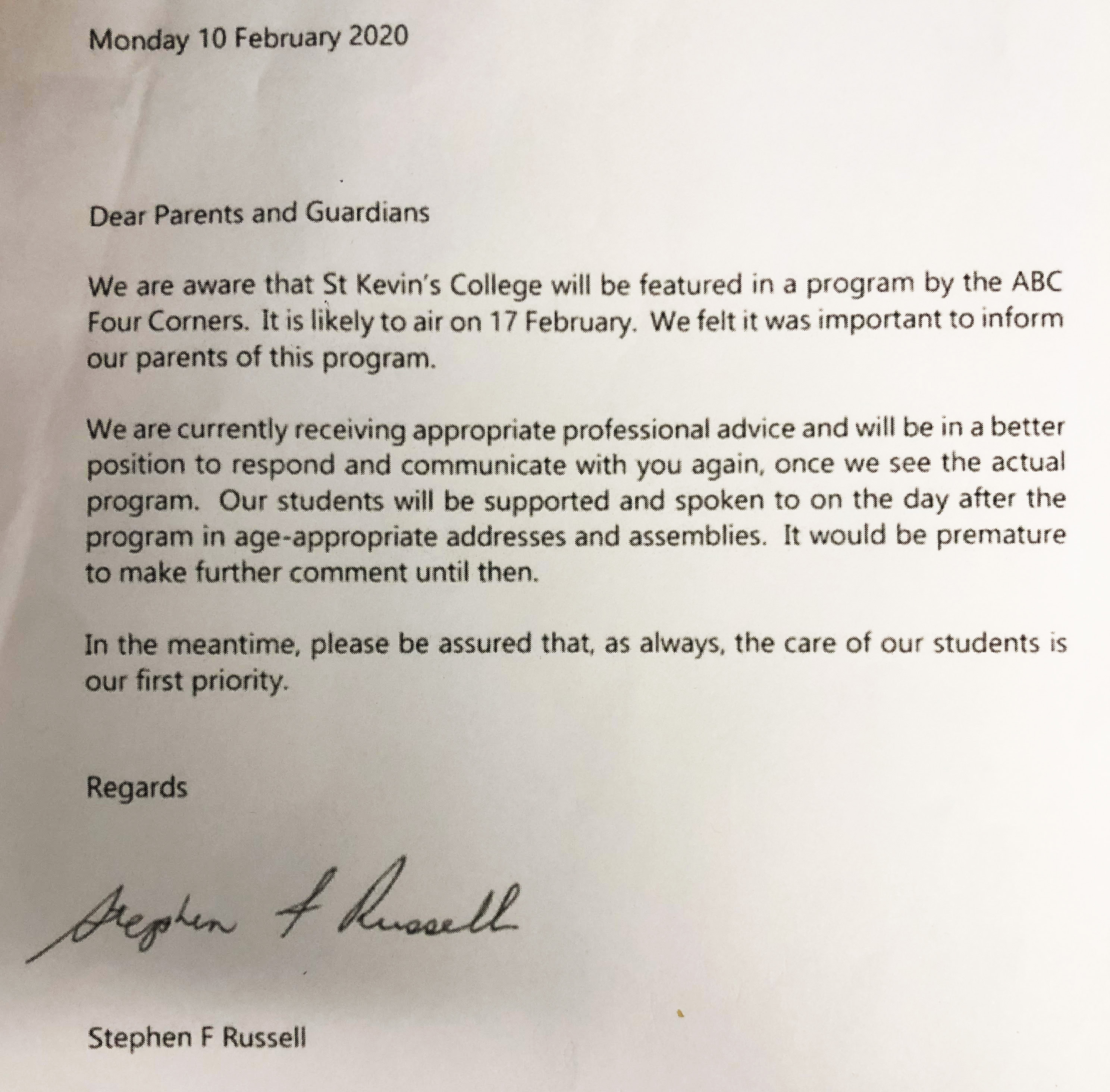 “It would be inappropriate to make further comment until then,” he went on.

“In the meantime, please be assured that, as always, the care of our students is our first priority.”