Protesters posted a banner on a crane at Flemington racecourse reading “Evacuate Manus“.

Elsewhere, a 27-year-old Polish woman was arrested after parking a car on train tracks at Ascot Vale, causing delays on the Flemington line.

The car was covered in slogans raising awareness to the plight of the asylum seekers on Manus Island.

She’s since been charged and bailed on offences including conduct endangering serious injury.

Two other protesters who scaled a crane were released pending further inquiries.

The group responsible for the crane protest, the Whistleblowers, Activists & Citizens Alliance, did not take responsibility for the car on the tracks, but supported the disruption.

It resulted in significant delays. 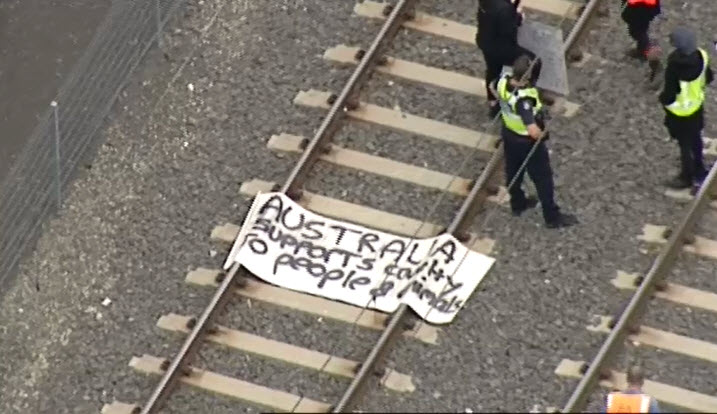