Barber (pictured above) has shot to fame and popularity after her Facebook fundraiser accrued a staggering $50 million.

Lang is set to perform her stunning rendition of Hallelujah.

Tickets for the February 16 concert at ANZ Stadium go on sale today.

Funds raised will go to fire services, the Red Cross and the RSPCA’s bushfire appeal. 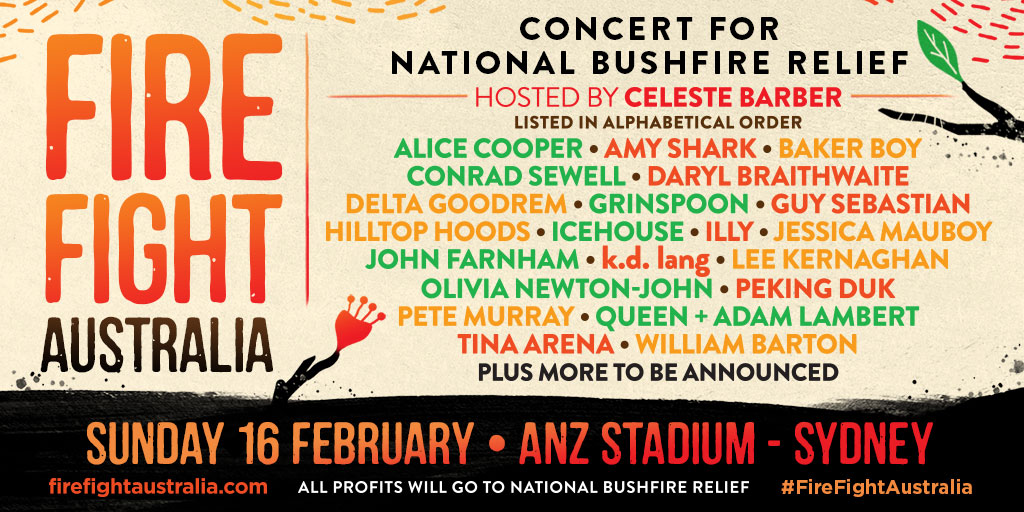