Questions have been raised about T-shirts worn courtside by Nick Kyrgios’s brother, which promote a betting company.

Christos Kyrgios has worn Sportsbet-branded T-shirts at each of Nick’s two Australian Open matches this week.

The striking shirts are regularly in shot when cameras flash to Nick’s box.

It is not known how much, if anything, Christos is being paid for wearing the T-shirt.

Ross Stevenson flagged it as a potential case of ambush marketing, given the Australian Open’s official betting partner is William Hill.

And then there’s the matter of gambling advertising within live sporting broadcasts. 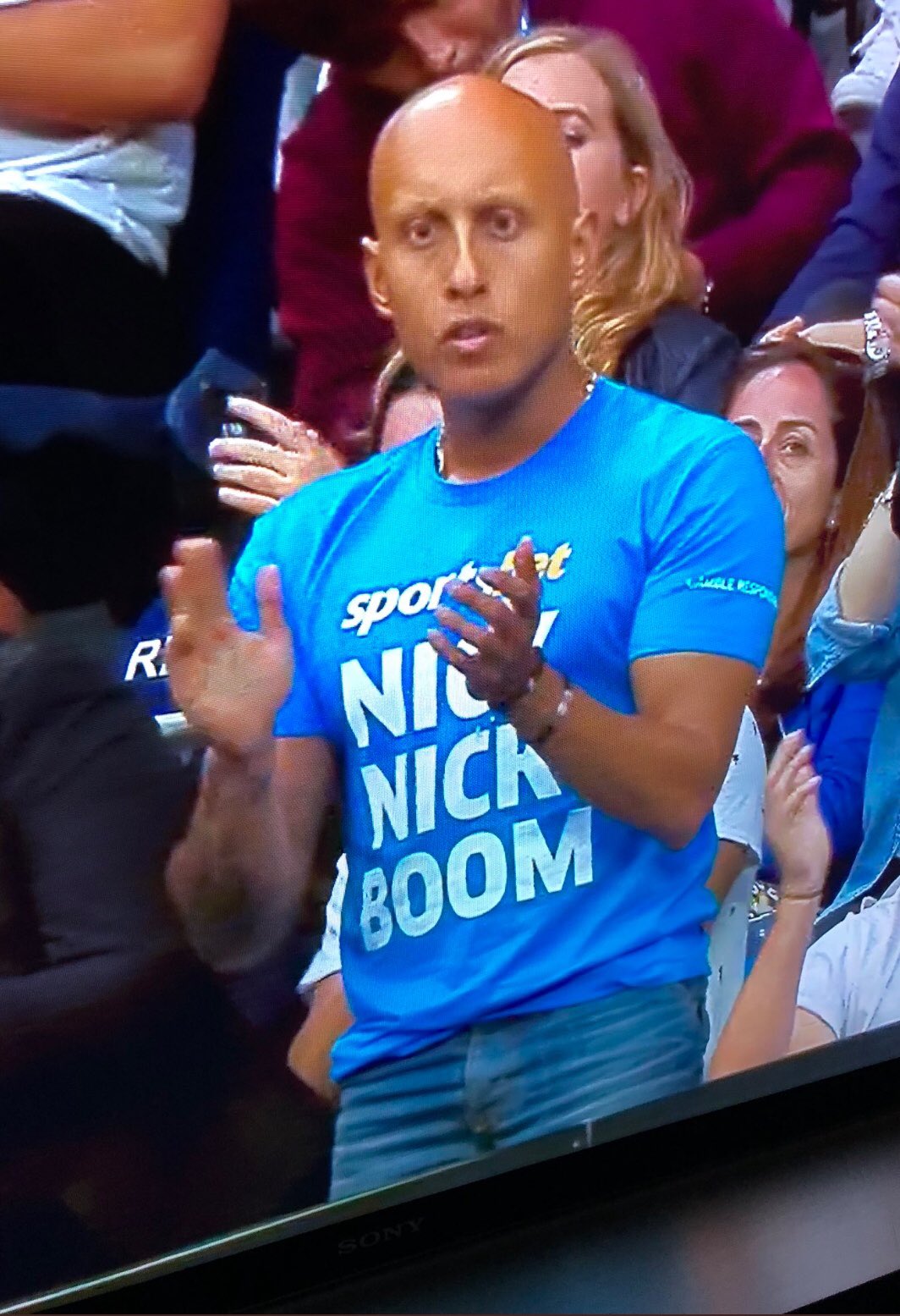 Tennis Australia boss Craig Tiley told Ross and John that Kyrgios can “wear what he wants to wear”, but added: “We’ll be organising to have a conversation about this moving forward.”

He declined the offer upon learning the interview would not be paid.

“It was was actually my 13-year-old son who alerted me to it … and that’s the issue,” she said.