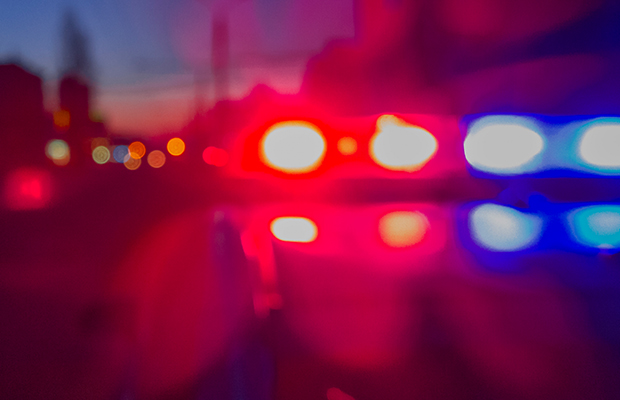 The owner of a stolen red Range Rover has revealed the bizarre turn of events that saw a thief snatch his vehicle from East Melbourne and ram four cars yesterday.

John was sitting in his car on Grey Street when a man convinced him to get out of the car to look at smoke coming from the back of the vehicle.

When he went to investigate, the man jumped into his car.

A scuffle ensued and John managed to get his phone, wallet and keys back from the vehicle, but because the car had already been started by the thief, the crook was able to drive off.

I was left standing with the key and he had the car!,” John told 3AW’s Kate Stevenson and Stephen Quartermain.

“What I now know about Range Rovers is you can drive until the petrol runs out!”

Press PLAY below for John’s account of the carjacking.

The man travelled to a car dealership on Ingles Street in Port Melbourne, where he tried to get assistance opening the petrol tank.

Coincidentally, it was the same dealership where John has the car serviced, and they phoned him and police after the bizarre request.

When police arrived the man struck the front of their vehicle and sped off. He was later seen parked at a Beach Road, Sandringham service station.

Police attempted to block the Range Rover in, but the man rammed two police cars and a bystander’s vehicle before speeding off again.

One police officer’s arm was injured in the ramming.

The Range Rover was dumped in Fernhill Road, Sandringham, and the offender allegedly made off in another stolen car.

The man is expected to be charged with the aggravated offence of intentionally exposing a police officer to risk by driving, theft of motor vehicle and other traffic offences. He will appear at the Melbourne Magistrates’ Court today.

Anyone who witnessed the incident or with dashcam footage is urged to contact Crime Stoppers on 1800 333 000 or file a confidential report online at www.crimestoppersvic.com.au