A Richmond street sign named after Tigers legend Jack Dyer has been taken down.

But the sign wasn’t stolen, as originally feared, but removed by police in case it might be stolen in the coming days.

First raised on The Rumour File this morning, Richmond supporter Suzana Talevski later confirmed to Justin and Kate the sign was missing.

“Just the other day I drove past and I thought, ‘Oh no it’s happened’,” Suzana said.

But the sign for Dyer Street, off Coppin Street in Richmond, has actually been removed by Yarra City Council and police for safe keeping. 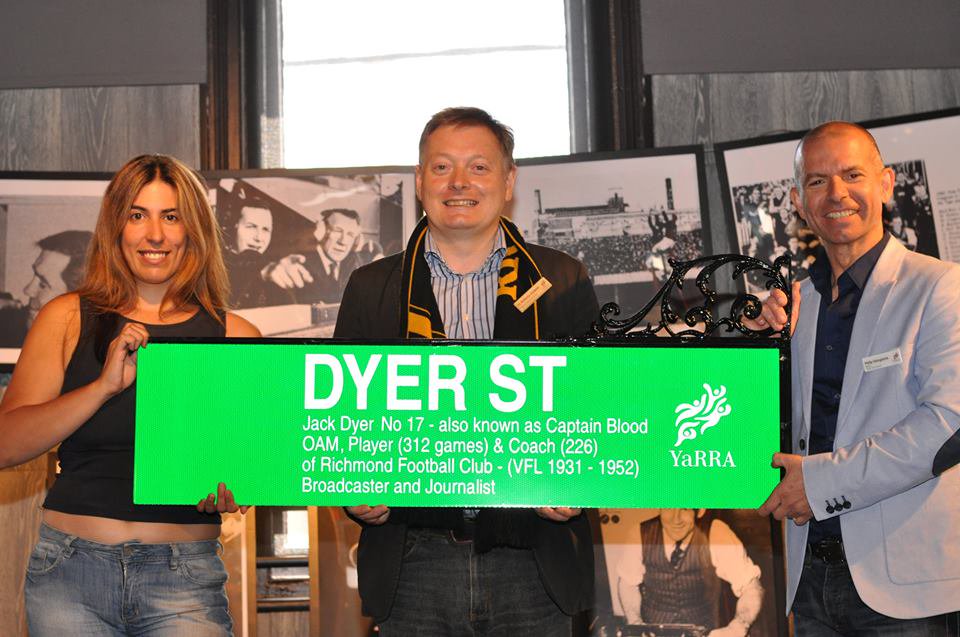 Suzana, seen above, spearheaded the campaign to have a street named for the Richmond legend.