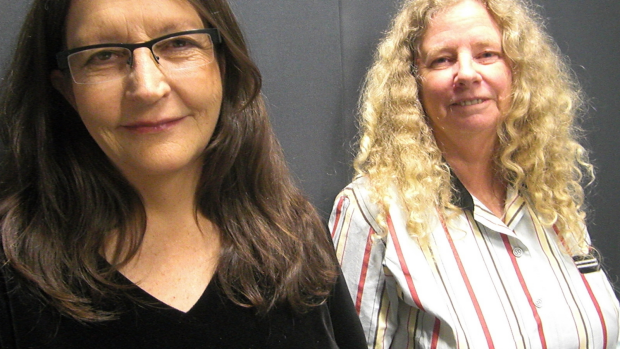 In the Australian road movie Looking for Grace, a suburban teenage girl Grace (Odessa Young) runs away from home with a friend after stealing a chunk of money from her clueless parents (Richard Roxburgh & Radha Mitchell).

As they hire a veteran detective (Terry Norris) and head off to track her down you quickly realise, as with their previous road films, there is more to the story than a straight road. The narrative divides into overlapping chapters that are out of sequence, telling parts of the story from different angles.

As a team, director Sue Brooks and writer Alison Tilson were responsible for Road to Nhill (1997), a quirky comedy about a township’s search for four women from a bowling club who are trapped in an upturned vehicle. Though not quite a classic – a description the pair instantly balk at with good humour – the film took (in adjusted dollars) an impressive $1.4 million at the Australian box office. (Important to note: this was back at a time when Australian films barely drew audiences at all.)

Radha Mitchell and Odessa Young play mother and daughter in Looking for Grace.

Then came their acclaimed 2003 opus Japanese Story, a searing romantic drama about an illicit relationship between an Australian business woman (Toni Collette) and an emotionally stunted Japanese executive (Gotaro Tsunashima).

A huge hit at the box office where it took around $6.1 million (adjusted) it also swept the AACTA awards, taking out best film, director (Brooks) and screenplay (Tilson), along with best actress for Collette and every other award aside  from best actor and best production design.

Though they worked as director and writer respectively on those films, Brooks wrote and directed Grace, with Tilson acting as script editor and producer, taking the producer picnic chair usually held by former collaborator Sue Maslin, now best known as producer of the 2015 runaway hit The Dressmaker.

In this interview Brooks and Tilson discuss the making of Looking for Grace and face some curly questions about the marketing of the film, the place of women in Australian film and why Road to Nhill is listed as a rare movie on eBay.

The full interview can be viewed here:

A trailer for Looking for Grace can be viewed here: