Ross and John noticed an interesting ad in the Classifieds of the Herald Sun this morning, which states a man is searching for his 1961 Mark II Ford Zephyr that he sold years ago, he wants to own it again.

The former owner Rod told Ross and John he sold it in 1991, and has hit a dead end in his attempts to track it down.

“I managed to track down a friend that I used to play football with that I sold it to originally,” Rod said.

“He got me onto the bloke he sold it to in South Morang.

“Which in turn he sold it to someone in Watsonia and that’s about as far as I’ve got.” 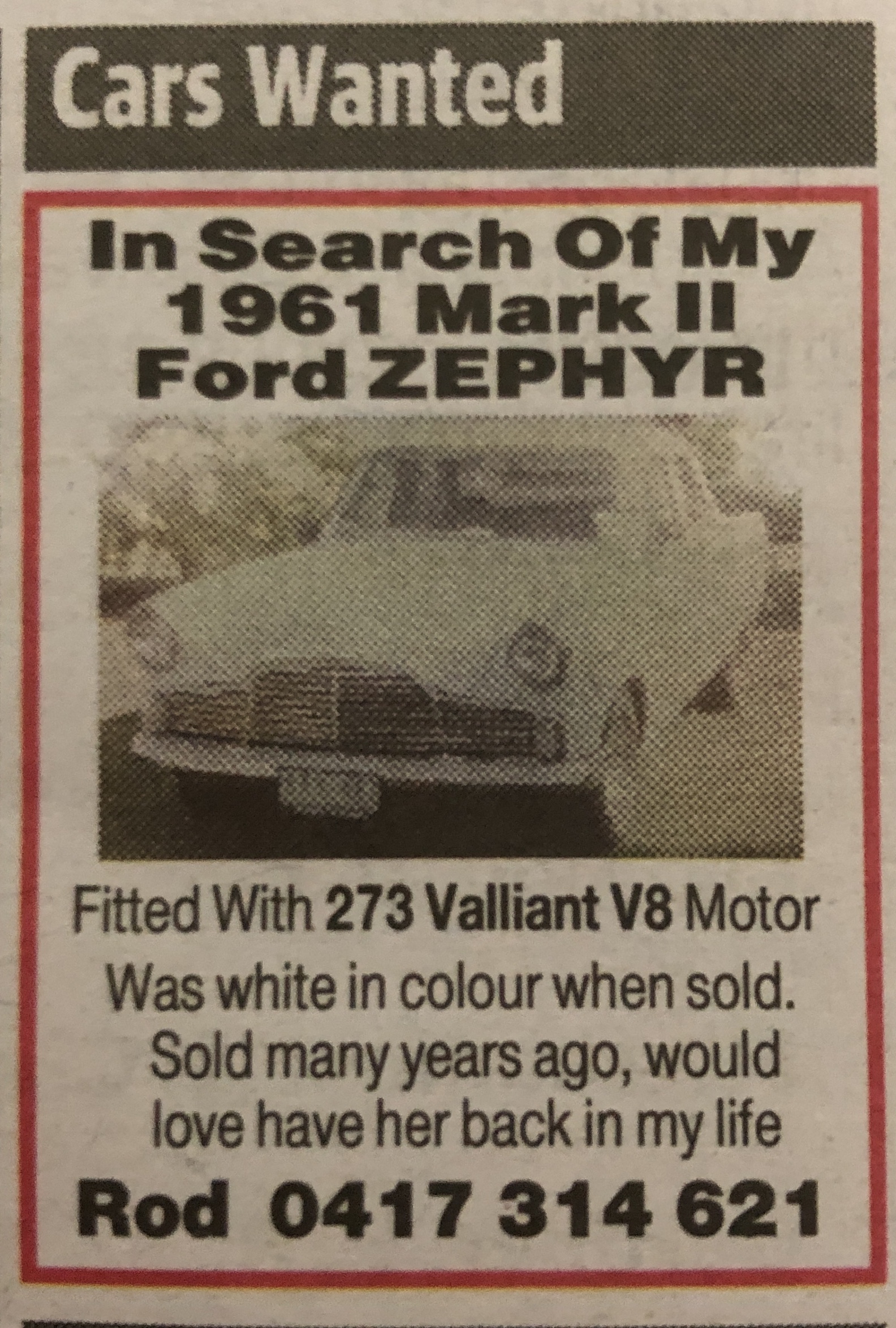