The subject of this edition? The best AC/DC song.

Ross and John took votes on Friday until a winner was decided.

And the winner was… LONG WAY TO THE TOP. 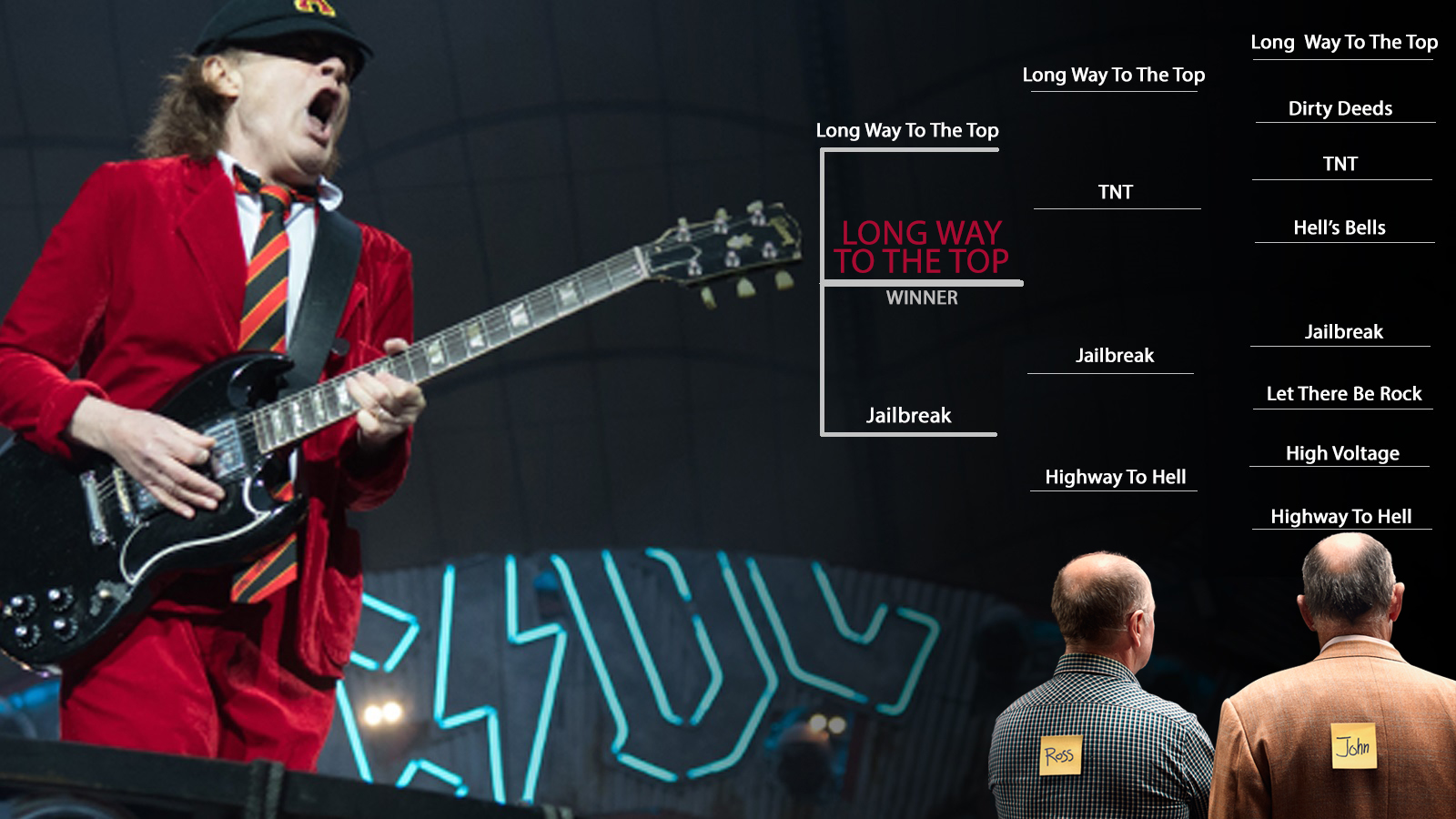 There was controversy before the competition even started when Channel 10 anchorman Stephen Quartermain phoned in on Thursday to fire in a protest.

After a quick survey, “Jailbreak” has replaced “Riff Raff” in the draw.

Why are we doing it?

Because it’s the anniversary of the day this magnificent video clip was filmed down the streets of Melbourne.