Ross’s mate copped a bill for an emergency plumber and it cost how much??

Have you ever copped a bill that made your jaw hit the floor?

Earlier this year the Rumour File heard an upmarket restaurant charged a Swiss wine merchant a whopping $8000 corkage for eight bottles of wine.

Today during Grouse or Shouse Ross revealed a friend’s bill for an emergency plumber, close to $3000 to fix a leaky tap!

“One of the parts, a mini stop x 2 at $45 each, a plumber called earlier and said those mini stops are actually $8 each!” He said. 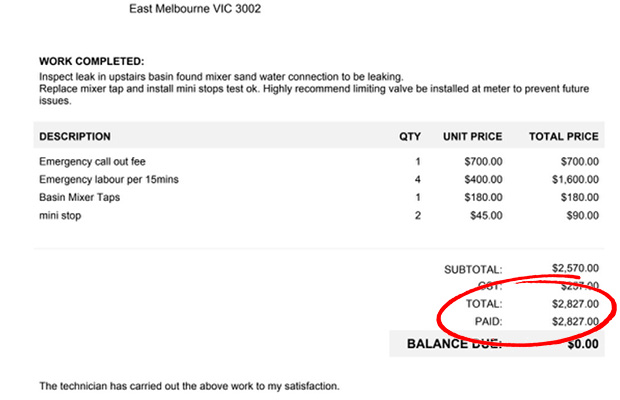 Andrew said he was charged $43,000 to remove rocks from a worksite.

Dennie said she was charged $3300 after her cat was bitten by a snake.