A postie has been “abused, racially vilified, spat at and accosted while attempting to deliver mail” in Melbourne’s west.

As revealed on the Rumour File this morning, residents in the area of Werribee and Hopper’s Crossing were informed in writing that their post was going to be suspended, after their local postie was assaulted.

“Even though this postie tried to leave to diffuse the situation, he was followed to several spots and was hit twice. This is unacceptable,” the letter from Delivery Manager Judy Dewes reads.

The letter says the matter has been reported to Victoria Police who is investigating.

In the mean time, residents can pick up their mail from the Hoppers Crossing Business Hub. 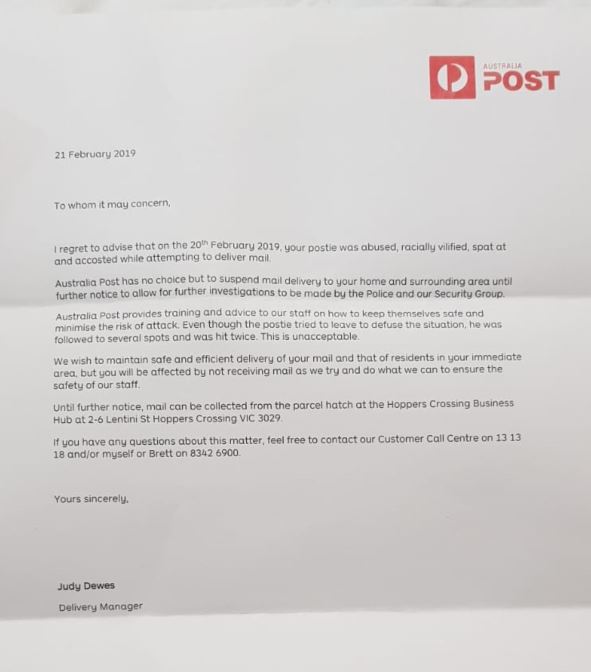 Deliveries have been temporarily suspended to a small number of households in the Wyndham Vale area following a reported attack against one of our posties. We will not tolerate any behaviour that puts the safety and wellbeing of our people at risk.

Letters advising households were sent on Thursday, and we will continue to update those impacted.

We apologise to residents who have had their deliveries affected, and appreciate their patience while we work to resolve this situation as quickly as possible.