A 10-metre tall mechanical brontosaurus that’s stood above a Victorian cafe for years can now be bought for your backyard.

The 3AW Rumour File was told the Cowes dinosaur has popped up on Facebook with a price tag of $9000.

Richard Jongejan, manager of Woodbyne Resort in Cowes, told Ross and John when he took over, the previous owners had decked out the cafe a la The Flinstones.

“With time, most young kids wouldn’t know who the Flinstones are these days!” Richard said.

“I didn’t think it would create that much interest to be honest!” 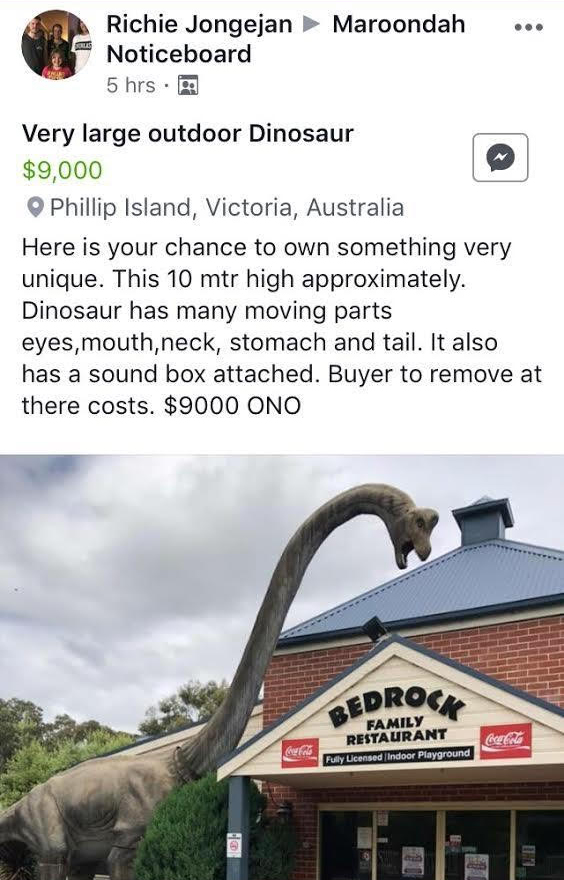