Anybody want to buy an oBike?

As heard on The Rumour File this morning, there’s one for sale in Mornington, and all it needs is the chain put back on!

“Somebody will want to buy it, so they can throw it in the Yarra!” Burnso said.

Justin Lawrence, partner at Henderson Ball Lawyers in Kew told Ross and John you can only sell what you own, and this seller does not own the oBike.

“In the circumstances where something has been abandoned there is effectively a finders keepers law,” Justin said.

“But with an oBike, it would be pretty difficult to argue the owner has intended to permanently part with possession of it.”

“So in short Justin?” Ross asked. 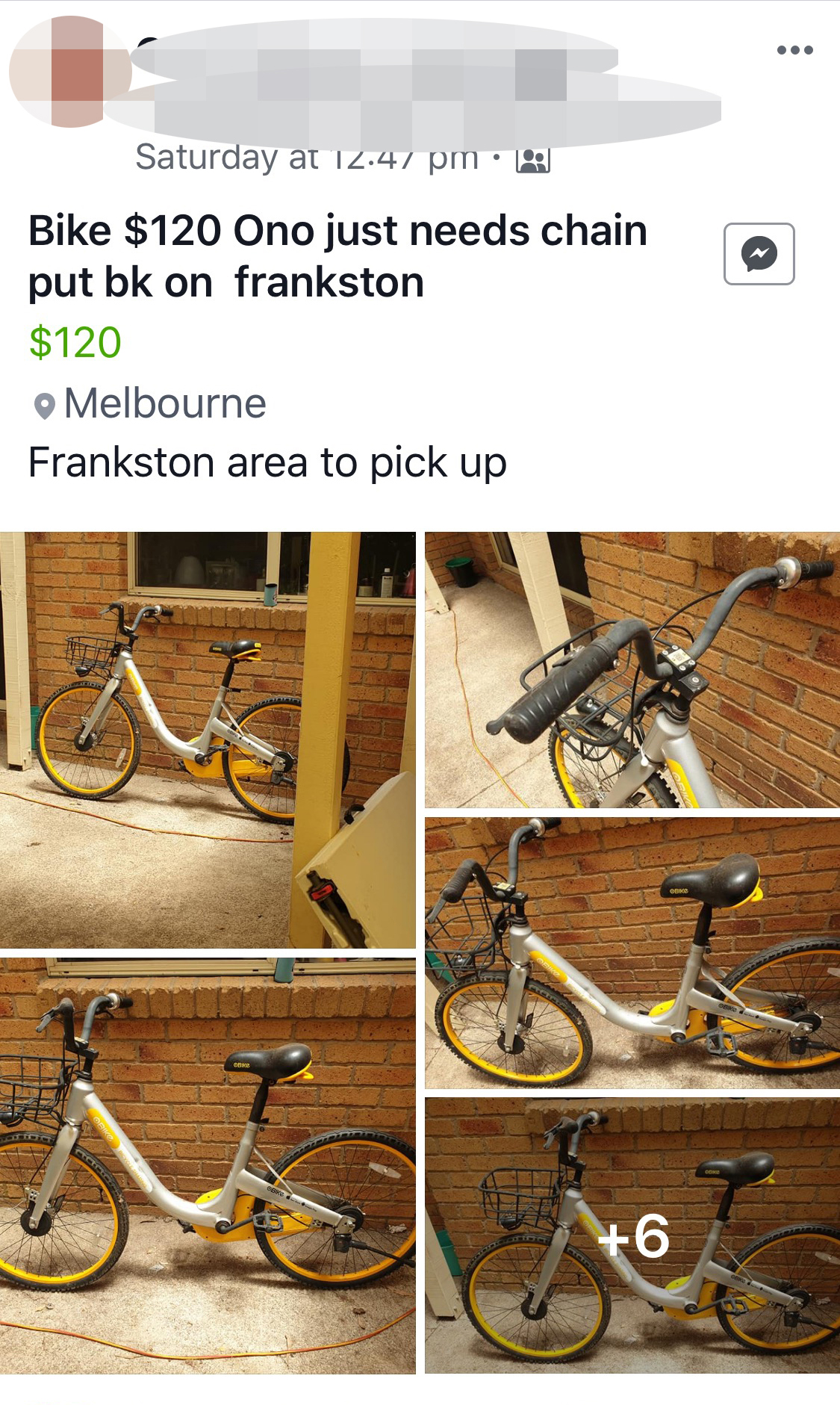