A woman who copped a $160 parking fine while unloading items for charity has hit out at her “heartless” local council.

First heard on The Rumour File, a teenage student and her mother had a garage sale to raise money for a school humanitarian trip to Africa next year.

The pair took the leftover items to an opp shop in Williamstown only to be slapped with a $159 fine in the mail three days later.

3AW Mornings tracked down Carol Glavich who explained the situation to Tony Jones.

“I parked in the centre of the street, went into the opp shop, and the lady said, ‘If you keep your boot open and it’s obvious that you’re dropping off donations it’ll be fine’,” she said.

“I was in and out in five minutes.

“A few days later I received a $159 fine in the mail and a photo of my car with the boot up, I’m very upset about it.”

After attempting to appeal the fine Carol said she later received a letter saying she had no exceptional grounds and would have to pay up. 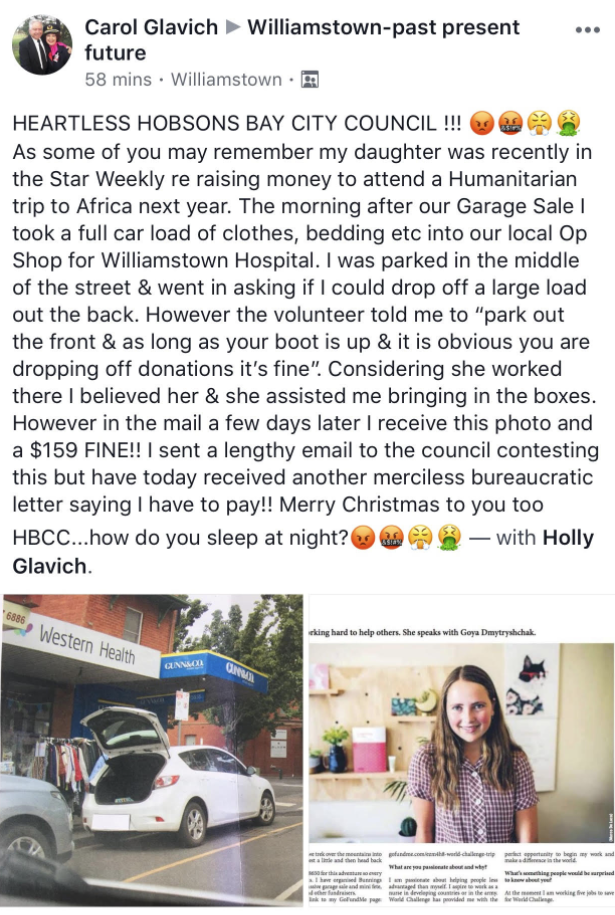