‘Scary, but no shock’: Bloody end to Croydon robbery-gone-wrong

A shop operator has been stabbed in what appears to be a robbery-gone-wrong in Croydon this morning.

It’s believed a man stormed the Lotto store on Main Street about 7.30am.

Witnesses have told 3AW there was a “violent struggle” inside.

The offender, a Caucasian man who was about 188cm tall and wearing a hoodie, fled on foot.

Paramedics say victim is in Mooroondah Hospital in a stable condition. 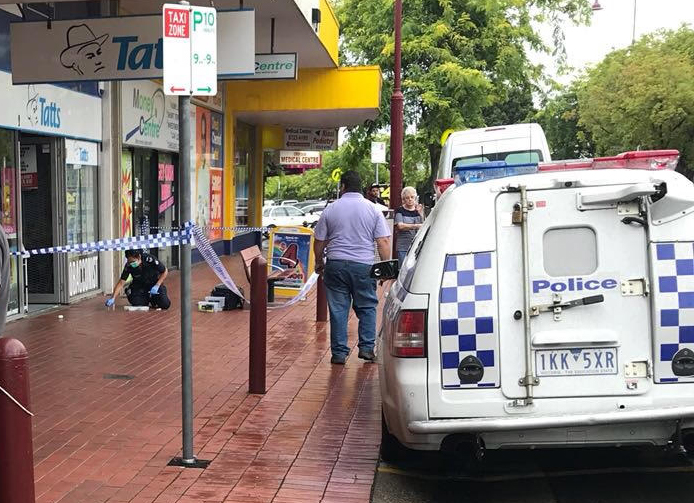 “I saw the owner come out, bloodied. He was put into an ambulance

“His wife came out quite distressed.”

He said such violence didn’t surprise him.

“Every day you see your drunks and druggies around.”