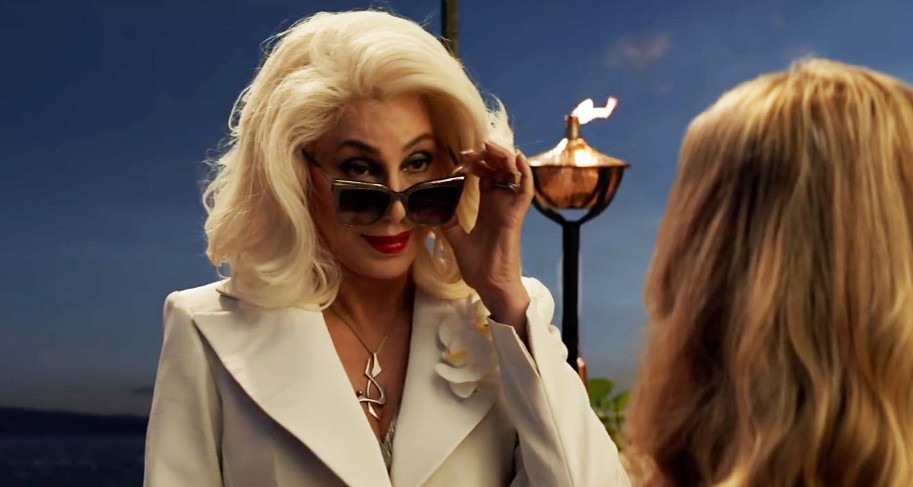 While many fans of musical pop legend ABBA who loved the 2008 film adaptation of the super-hit stage musical Mamma Mia! have been anxiously awaiting the long-promised movie sequel, it’d be fair to say that a significant, arguably smaller, group of people – this reviewer included – have been looking forward to the prospect of another Mamma Mia film with the anticipatory glee of dental surgery.

It turns out the sequel, written and dircted by British filmmaker Ol Parker, is not the cinematic armageddon some curmudgeons – this reviewer included – had feared.

It is, in fact, much more fun than the first film, with bigger dance numbers, more comedy, more story and a special guest appearance by Cher, who not only matches ABBA’s status, but has now had so much age-defying work done on her hair, make-up, wardrobe and anatomy that she appears to be positively post-human.

But perhaps the best thing about Mamma Mia: Here We Go Again is that Meryl Streep, who clocked up one of her most annoying performances as the star of the first film, spends the great bulk of this film not appearing in it. For this alone she deserves a special thank you award.

The real star this time around is British actress Lily James (Downton Abbey; Baby Driver) , who does a great job carrying much of the film playing young Donna (Streep) in a series of lengthy musical flashbacks. These provide Sophie (Amanda Seyfried) with the skinny on her mum’s free-wheeling youth that explains how she came to be the daughter of three fathers.

It’s a smart dual-narrative device that keeps the film moving at a snappy clip as Sophie prepares to reopen the establishment left to her by her mum, who passed on a year earlier. She’s invited everybody from the first film, but is loathe to extend an invite to her Californian grandma.

Apart from a pretty sketchy rendition of Waterloo, the musical numbers are mounted regularly and with colourful panache. The postcard cinematography makes the most of the film’s Greek isle setting and the director inserts some snazzy scene transitions that help lift the film from being the pedestrian cash-register dreck it was otherwise destined to be.

Andy Garcia puts in a nice turn as a local lothario and be sure to stick around till the very end of the film for a tasty treat with something that was clearly too good for the blooper reel.