Ross Stevenson likes to remark that tourists, he included, will often do things in foreign countries that they would seldom do at home.

I mean, it’s not often Melburnians will spend the day wandering around the Immigration Museum or checking out the collection at the Ian Potter Gallery.

But that all changes when you’re overseas.

Upon arrival in a foreign city, often the first thing you’ll do is open the guide book, run your finger down the list of attractions and skip on off to a museum, church or gallery for the day.

Markets almost fall into this category as well.

I have no doubt that many Melburnians will go to the Queen Vic Market a handful of times each year, but when we do it feels like a special occasion, rather than a regular activity.

One of the fondest memories I have from my overseas travels is wandering, hand-in-hand with Mrs Scorcher, through Istanbul’s Spice Market, taking in all the intoxicating smells and sounds.

And while you probably can’t compare the South Melbourne Market with Turkey’s grand Spice Market, some of those same feeling were at play when Mrs Scorch and I sat down at Koy, a lively Turkish restaurant at the market’s edge on Cecil Street, on an unusually warn April day, with a glass of pinot gris in hand and a Bosporus-sized hunger in our stomachs.

I’m ashamed to admit it but this was my first outing at the South Melbourne Market.

Koy is known for its feasts. For dinner each day you can order a slap-up Turkish spread of meats, dips and desserts, ranging in price from $30 to $50 per person. And if you happen to be there on the last Wednesday of the month (we weren’t) you can get a seven-course banquet for $35. That’s seriously good value. 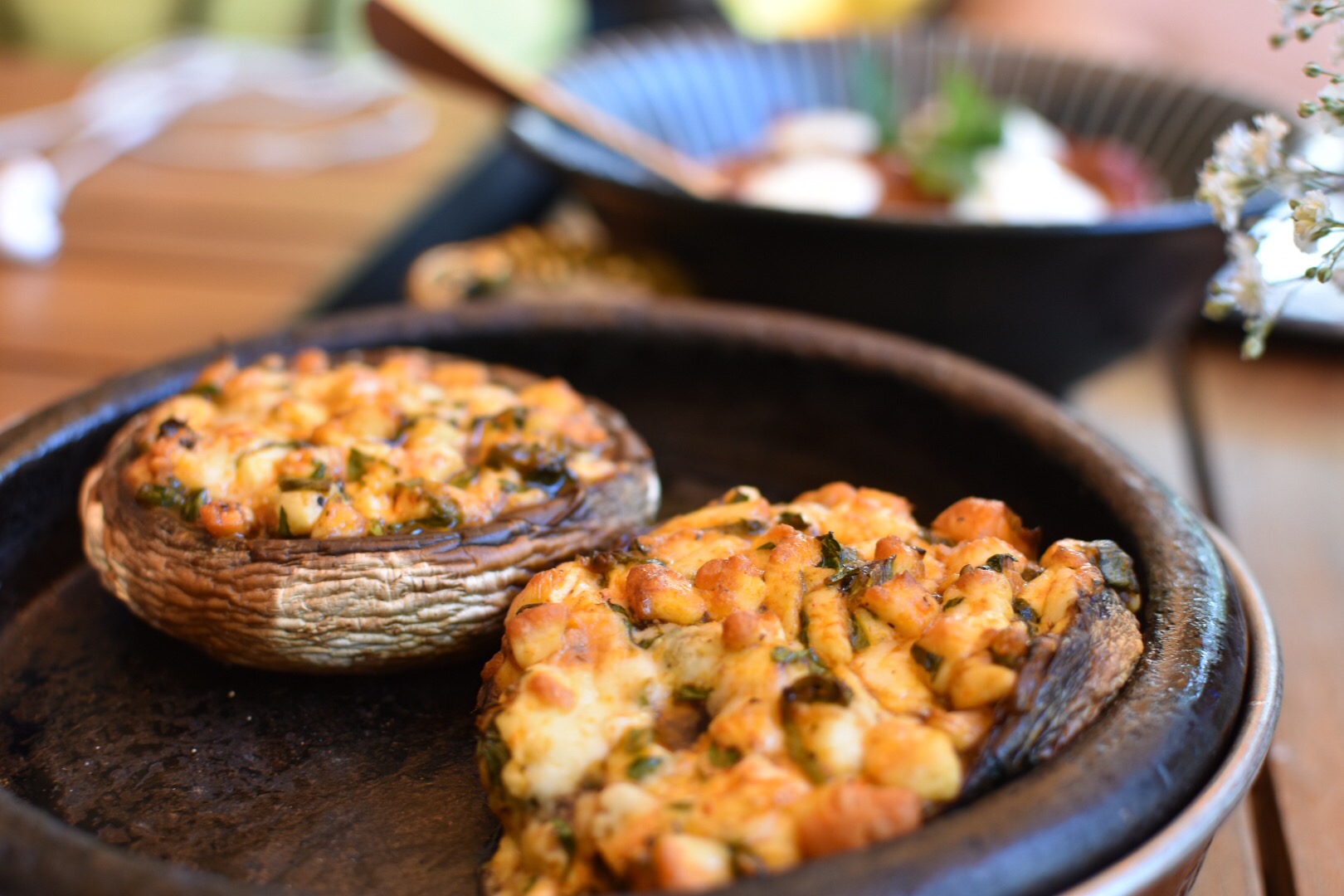 Someone who attempted the seven-course feast told me she had extreme trouble getting through all the food.

Gozleme is made in front of your eyes by women in colourful headdresses with such care and flare that failing to order one feels like a sin. Gozleme is great at any time of the day. Oh, that rhymes. Yay!

Dish of the day was a photo finish between the Nohutlu Kofte Guvec (don’t ask me to say it), fat meatballs swimming around in a chickpea and tomato broth stew with yoghurt, dried figs and pistachios, and the manti, luscious little handmade meat-filled raviolis in a tomato-based sauce with garlic yoghurt. 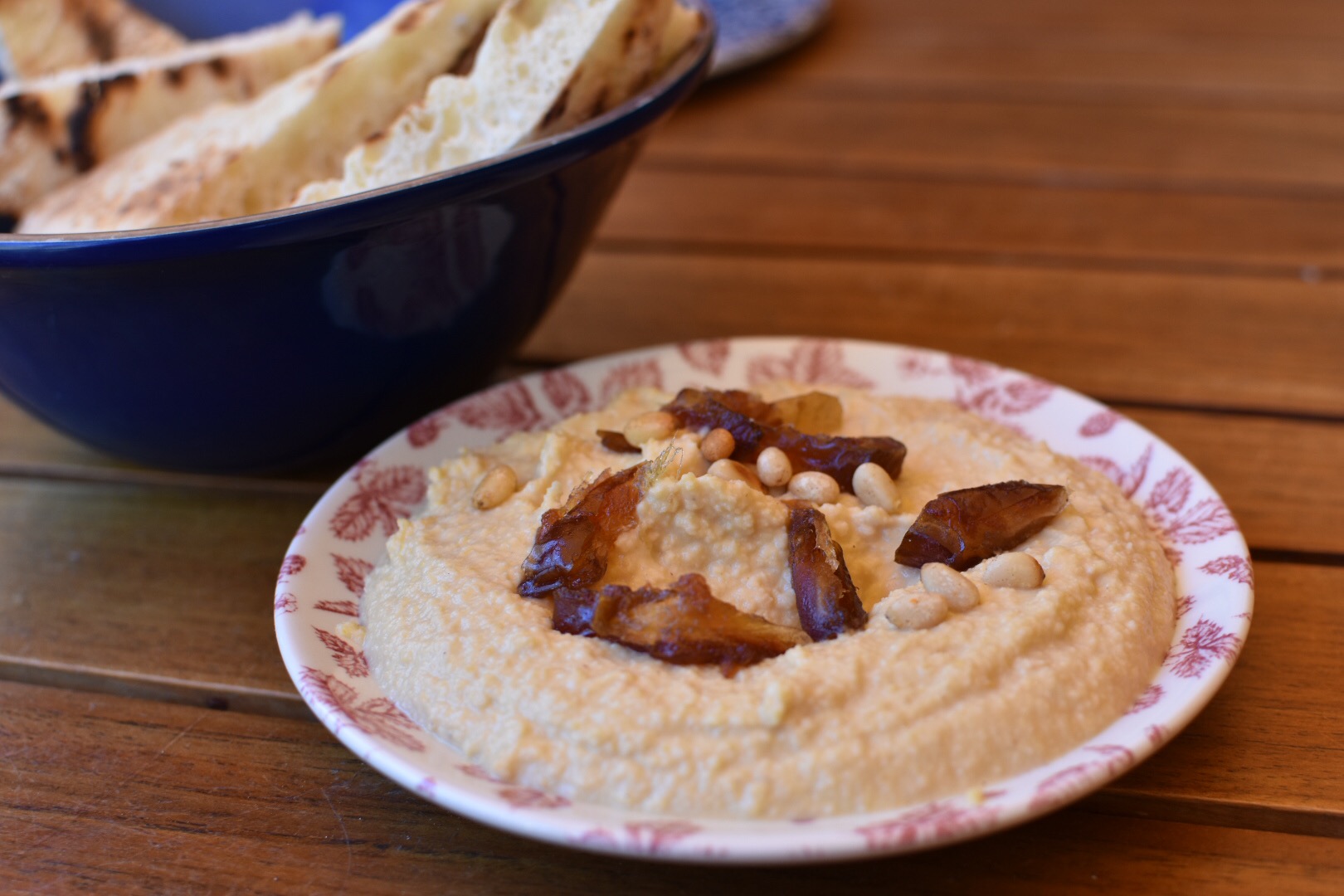 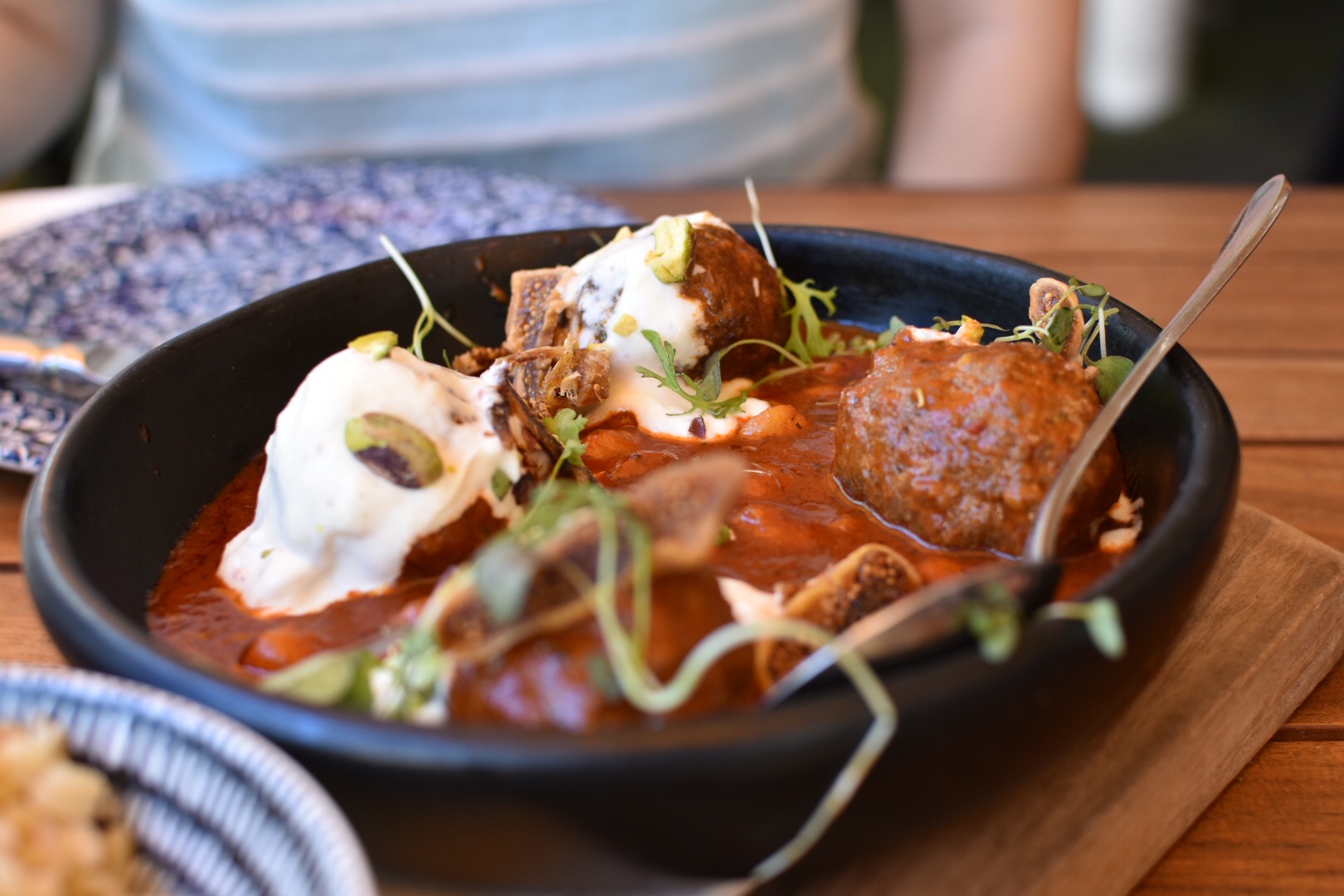 For something a little different, also try the feta saganaki. A glistening slab of feta is dusted in flour and pan fried, then lathered in honey and a caramelised orange glaze. 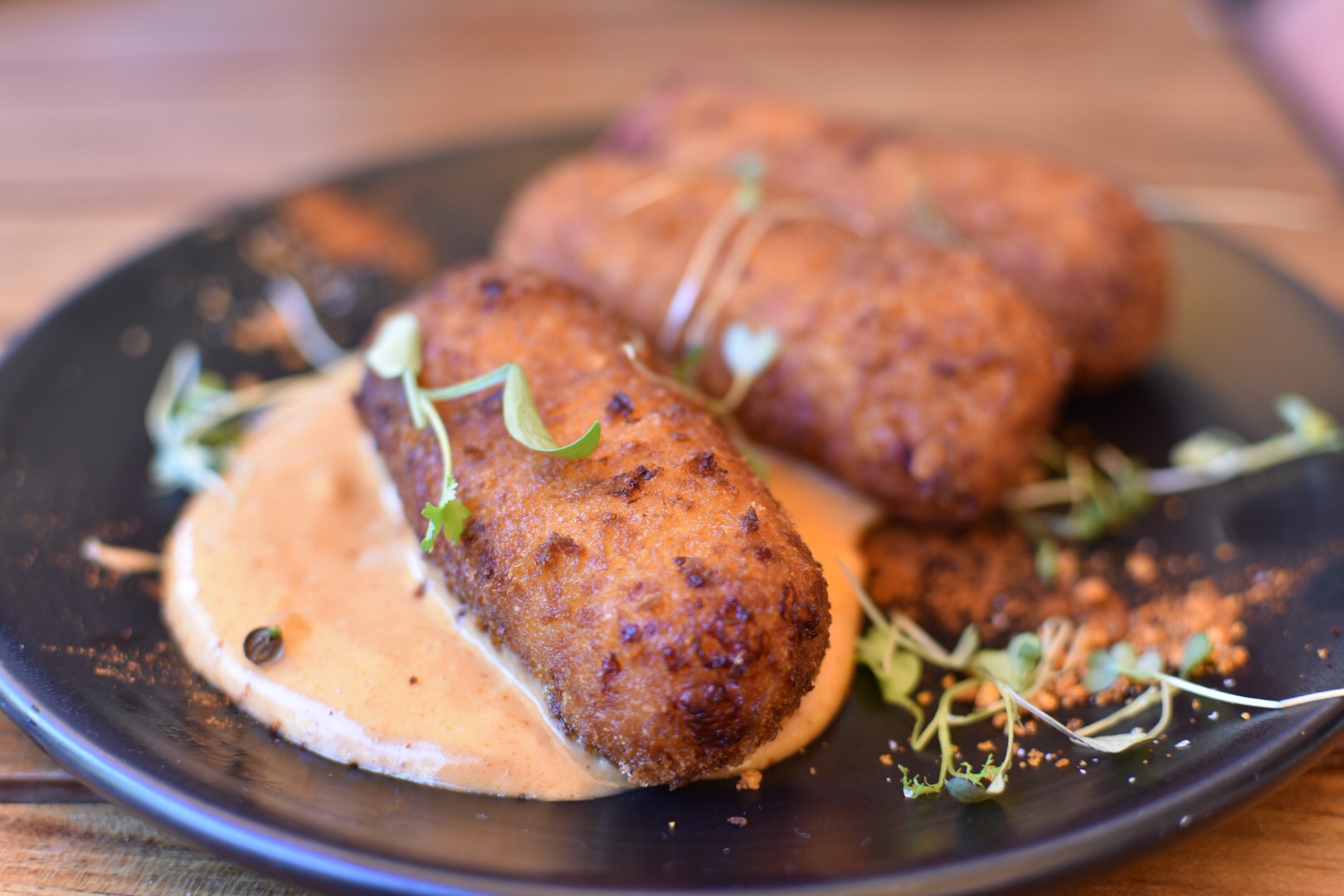 Apart from your arteries, who doesn’t like fried cheese?

And it wouldn’t be a proper Turkish meal without a bit of donor kebab – marinated, spiced lamb and chicken sliced from the big spinning stick is chargrilled and then finished off in the pressure cooker to maximise moisture and served alongside a simple salad of diced onions, tomatoes and cucumber and a wodge of pilaf rice. 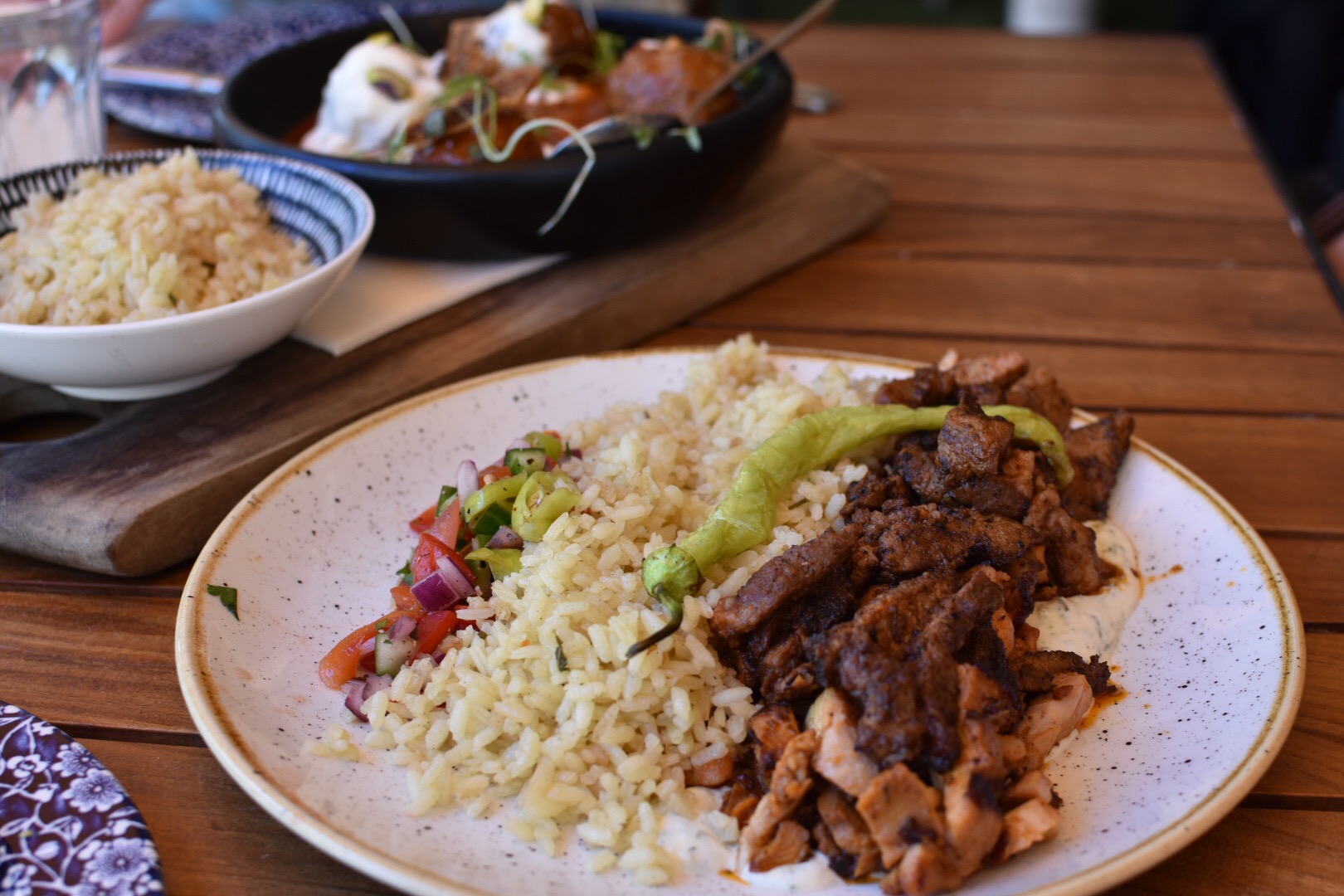 While we didn’t go for one of the set banquets, we still had an almighty feast.

By the end we were completely Istanfull.

Koy, open for breakfast, lunch and dinner, is always a hive of activity and a great place to watch the world go by.

A real Turkish delight (sorry, it’s almost mandatory that I get that in somewhere).