Click PLAY below to hear Scorchie’s review on 3AW Breakfast

Sitting puffed up in a prime position on the edge of the Botanic Gardens, Matilda feels like a restaurant that could only exist in Melbourne – a paean to a city that I’m sure is going to love it back.

Until Matilda’s opening in ritzy South Yarra, Pickett has been flying the flag for the north; for his first foray south of the river he’s created a suave and confident restaurant that is certainly suited to its surroundings.

Matilda is a firecracker.

The space itself is sexy as hell – dark tones and brown-ochre features make you feel as if you’ve wandered into a futuristic bunker in Coober Pedy – which immediately draws you in to its warm embrace. 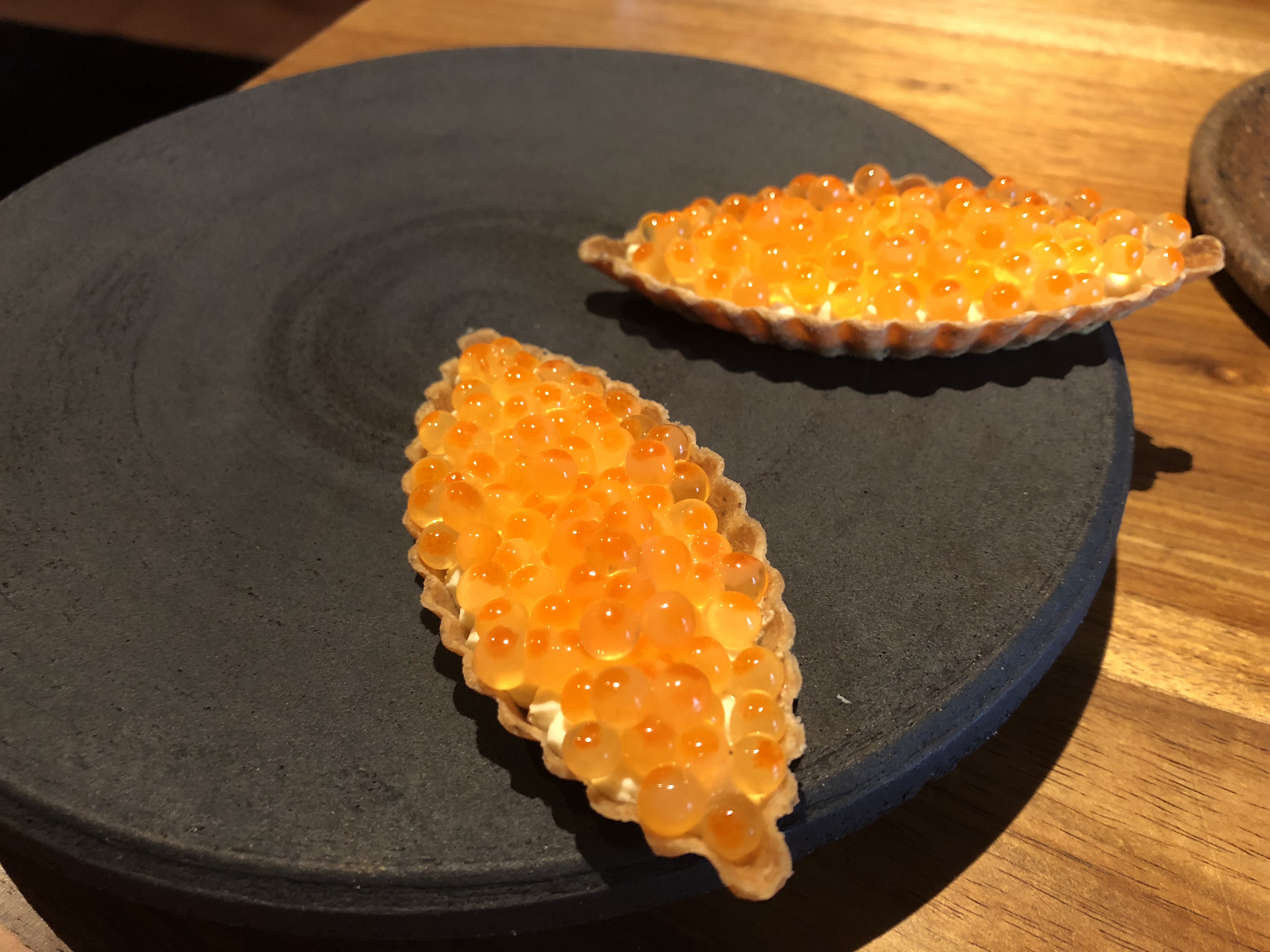 The open kitchen, the first thing you clock as you walk through the glass door, is a fast-paced fort of charcoal and fire.

Black-clothed chefs flit about with purpose, preparing the Australian-focused fare without the aid of gas. (Or as one character from Chopper might have put it: “Gas, there’s no gas here, here there’s no gas.”)

Instead, the life-giving properties of wood fire and smoke are harnessed to create some truly memorable dishes. 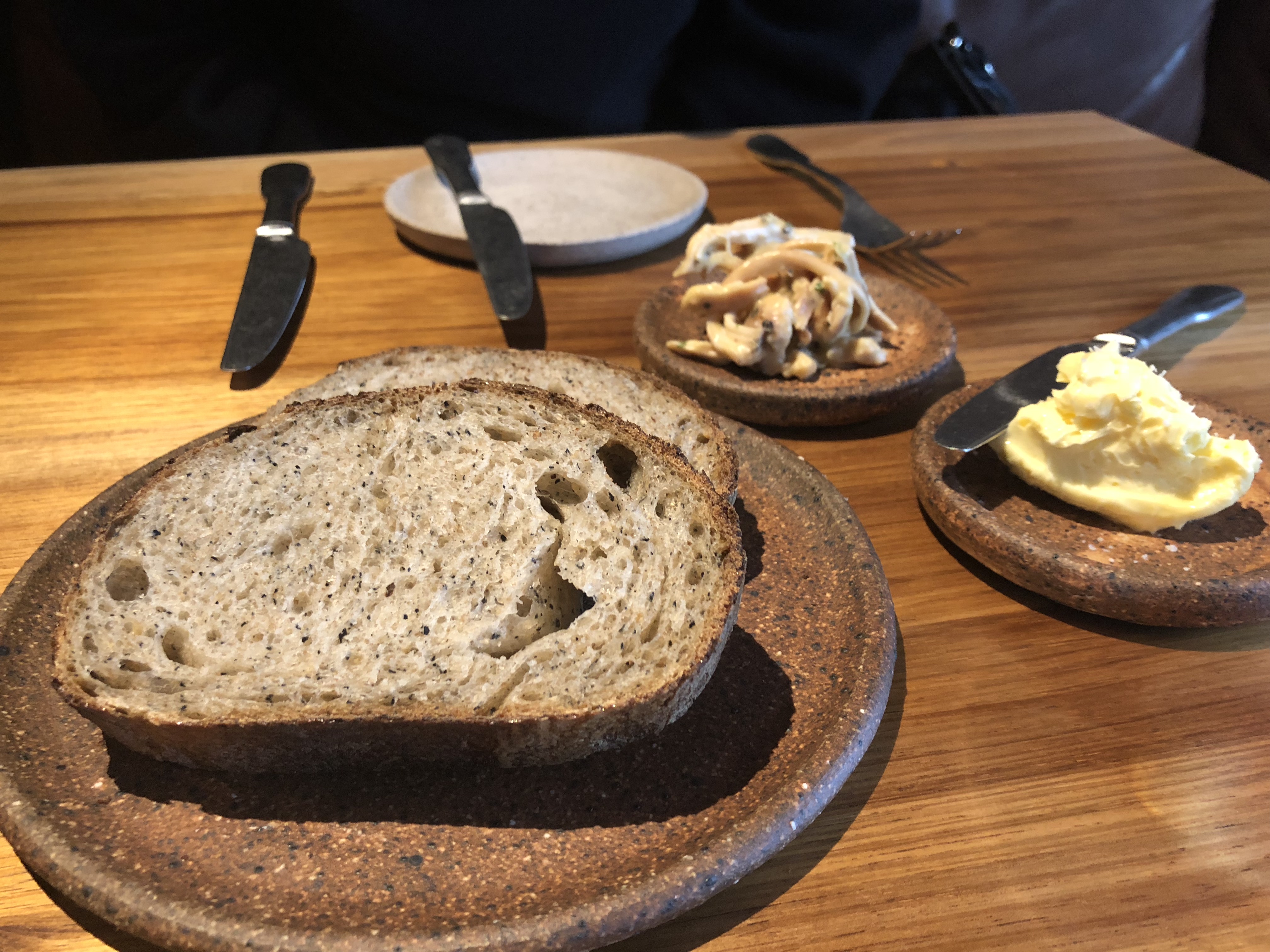 Aside from a two-and-a-half-hour smoking session over cherry wood and a little seasoning, not much needs to be done to Flinders Island lamb ribs to bring them up to tender perfection.

Served in a hidey-hole of singed paperbark, these are – without adding a touch of GST – some of the best ribs I’ve ever tasted. 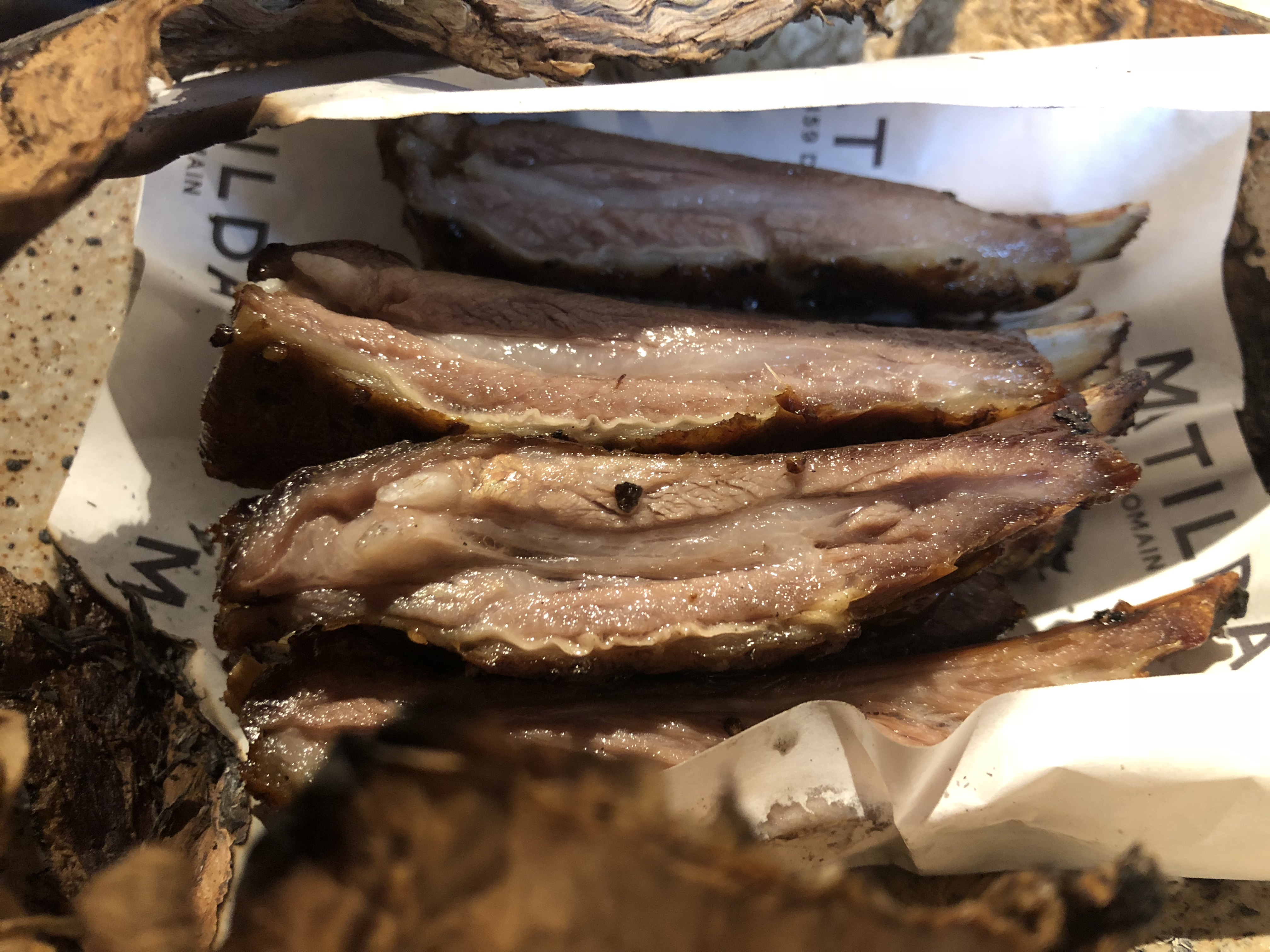 The gorgeous ruby-red kangaroo tartare, topped with a sprinkling of sunflower seeds, burnt onion powder and wattle pollen, is served with crisp buckwheat crackers used to scoop up the delicious, surprisingly un-gamey roo. 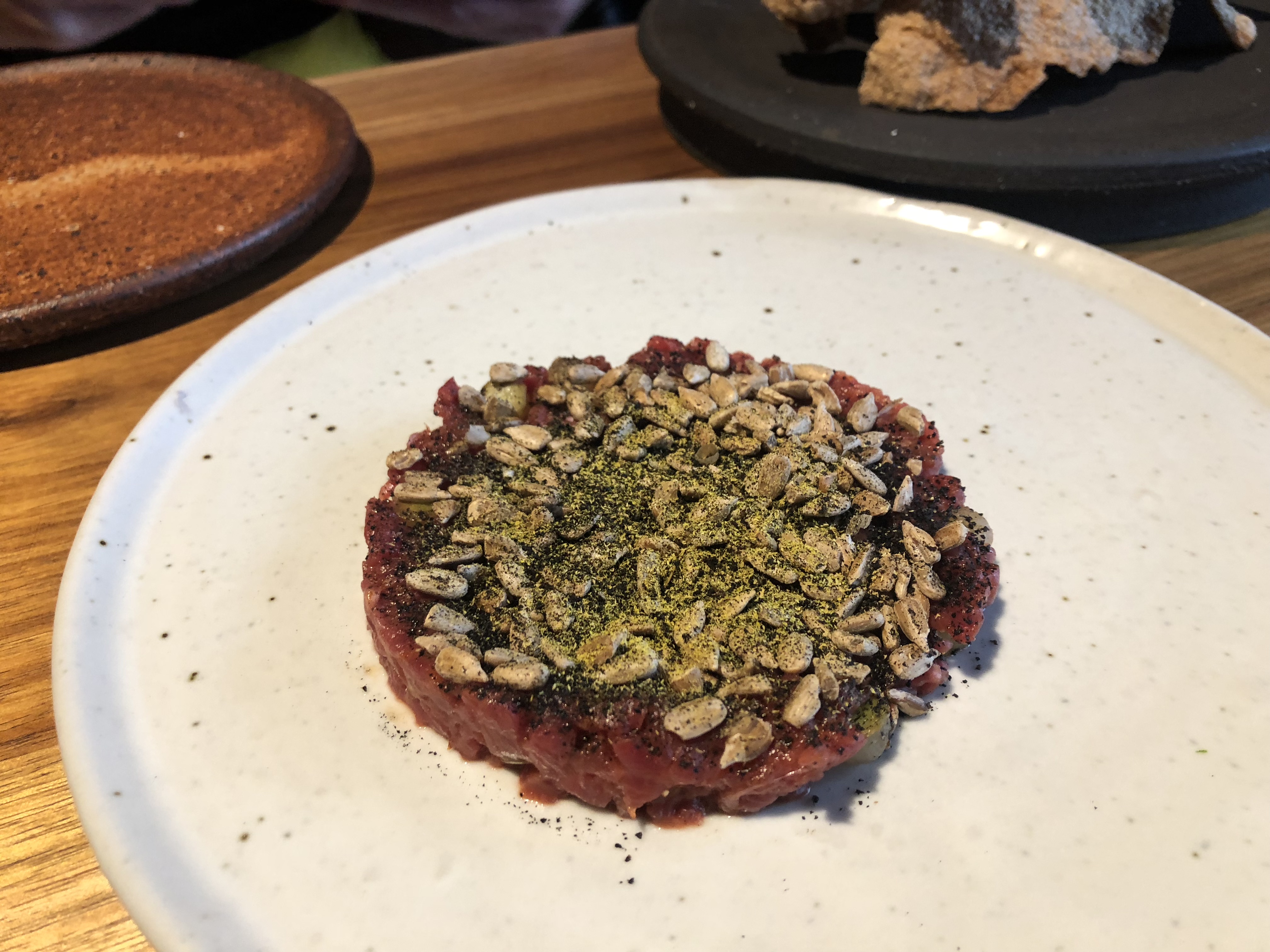 Signature dishes include a fantastically light and sweet crème-fraiche-dressed spanner crab, which arrives on a platter resembling something closer to a rock pool than a plate, and Macedon Ranges duck with charred orange that is designed to be shared between two. 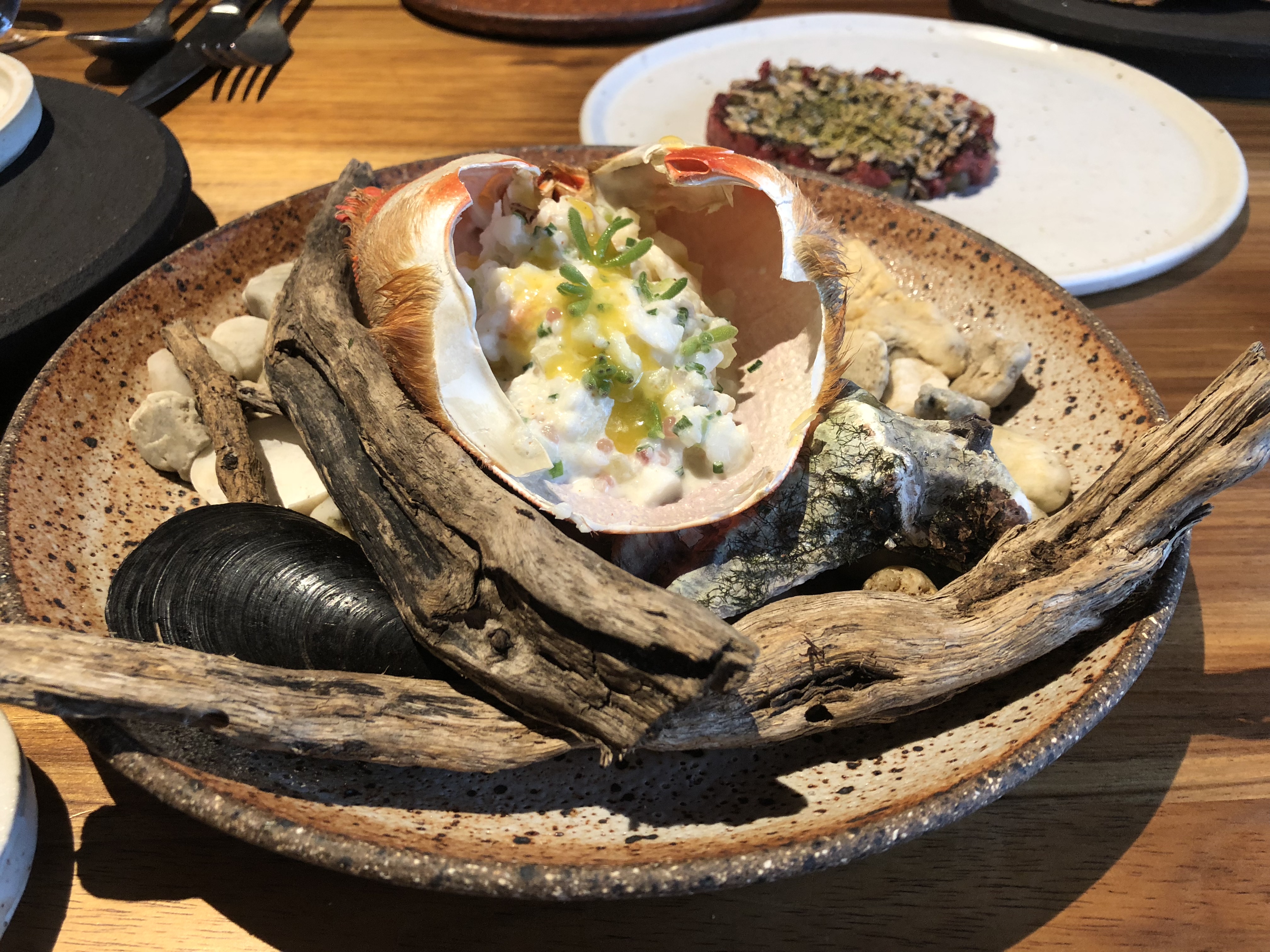 The succulent Blackmore bavette, with a black pepper and wattle seed crust forged out of coal fire, was all thumbs up and smiles from this happy fella. 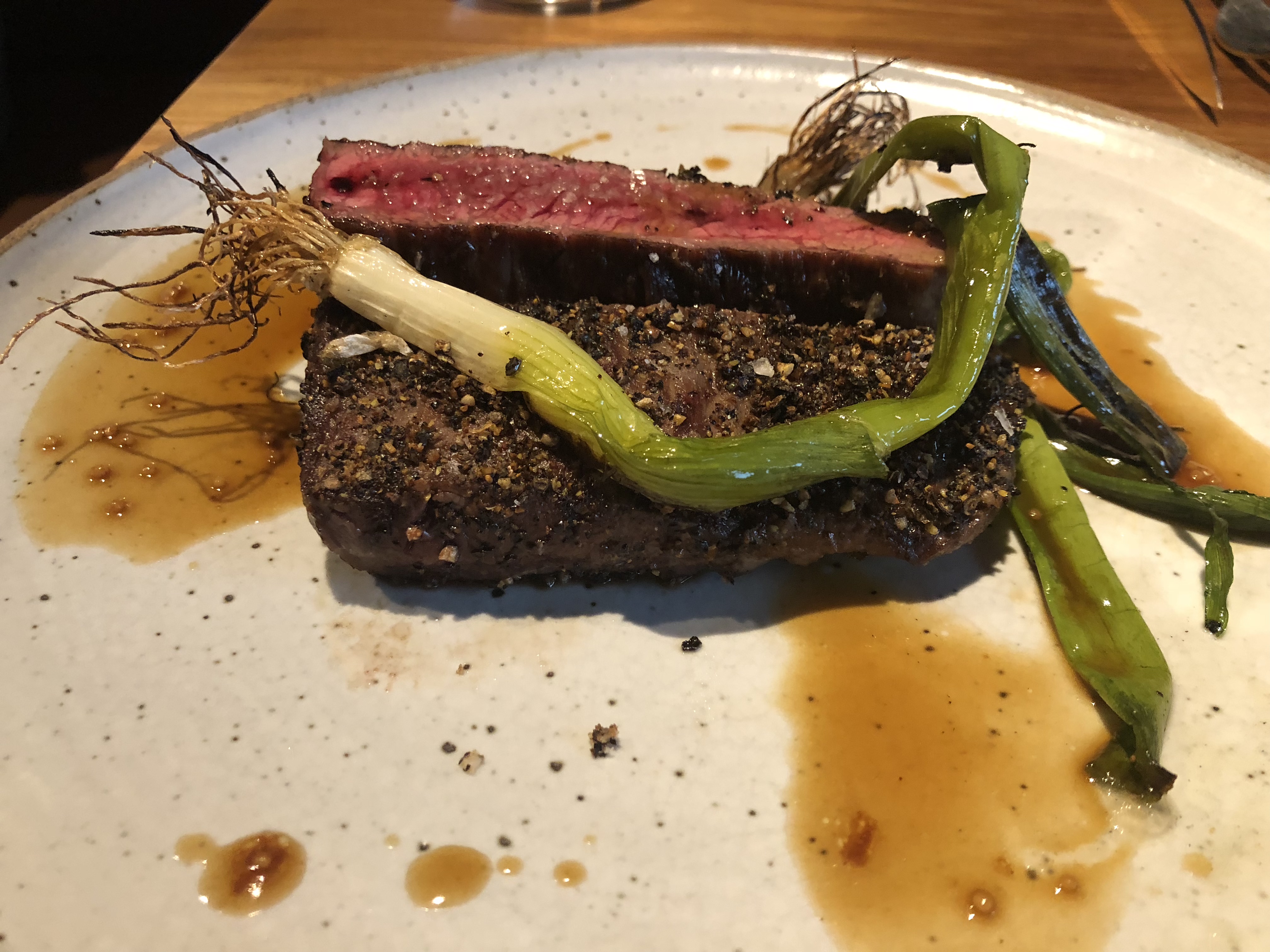 Matilda, named after Pickett’s daughter, does feel like the chef’s love letter to his adopted city – the fruits of a burning desire to create a modern, fiery feast of Australianness.