John Burns has tried to pull a swifty on me.

You see, he and Ross Stevenson claim to be fervent opponents of the trend towards eating raw food and openly mock anyone who expresses a liking for, say, sashimi or tartare. I should know. I copped it recently over a plate of kingfish ceviche.

But while Ross’s aversion to all things uncooked is deep-rooted and genuine – he has often said that the first thing he’d do if he walked into a Japanese restaurant is hand the chef a box of matches – Burnso at times appears more conflicted on the issue.

For example, I remember him once divulge, after returning from a trip to Japan, that he’d dined out on fresh sushi in Tokyo. But I’ve also heard him describe kangaroo tartare as “downright dangerous”, believing that eating it “will give you worms”.

So to settle the matter once and for all I decided to take Burnso to one of Melbourne’s newest Japanese-focused restaurants for a plate of cured kingfish.

(Scroll down to see the video of Burnso’s taste test!) 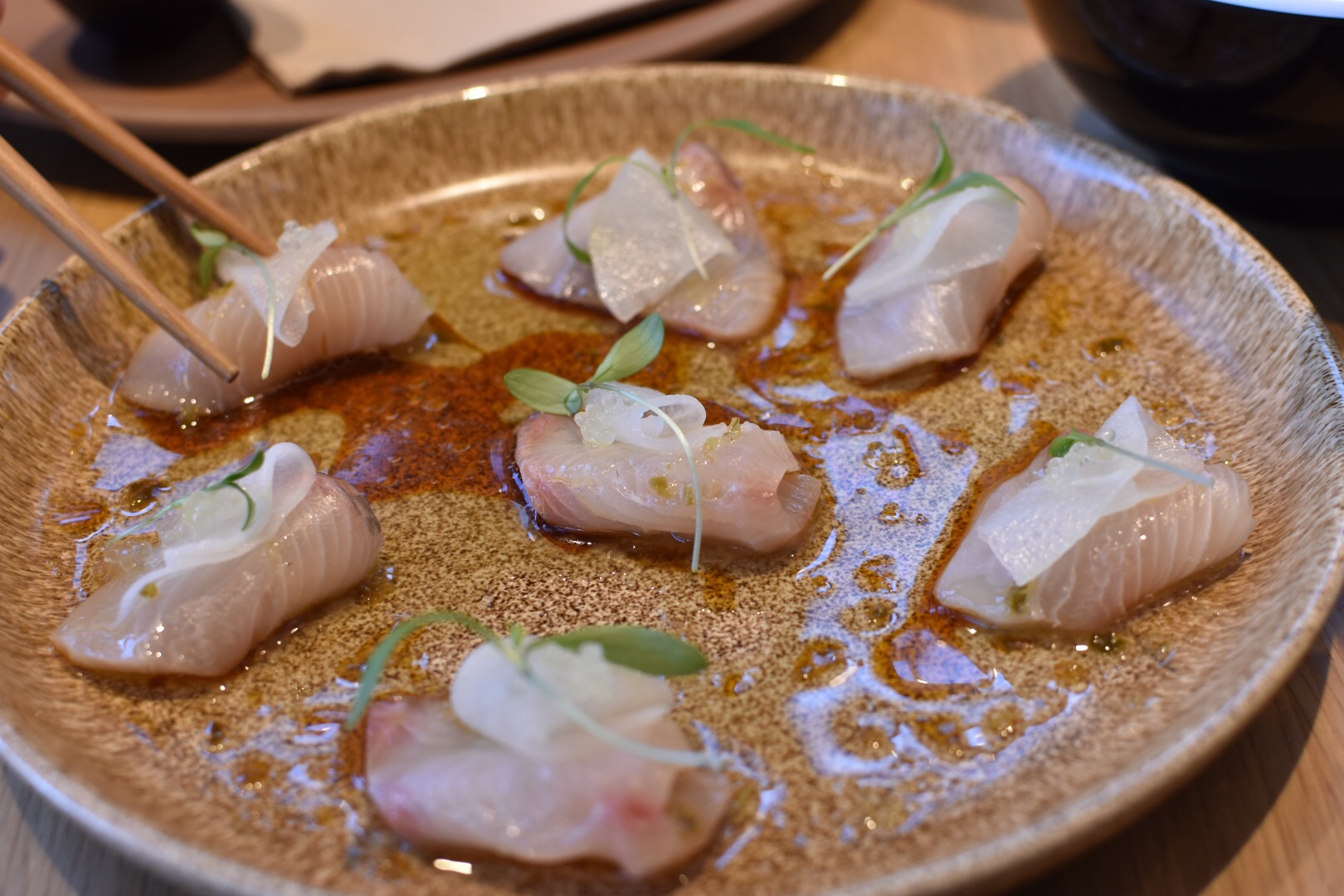 Future Future (so good they named it twice) in Richmond is a contemporary, achingly cool joint that offers classic yet creative Japanese snacky dishes that won’t cause your wallet to commit hara-kiri.

The team behind Future Future wanted to create a “Japanese restaurant filtered through Melbourne eyes”, and while it does have a very inner-city Richmond vibe there’s an emphasis on fuss-free, efficient, accessible dining.

But if you, like the boys, prefer your food hot you’ll be pleased to hear there’s much on the menu to keep your tummy warm and happy. The menu orbits around a few sizable and tasty donburi rice bowls ($17-$20) and the hibachi grill, where chicken yakitori and fish and veggie skewers ($8-$13) are served once the sun goes down. 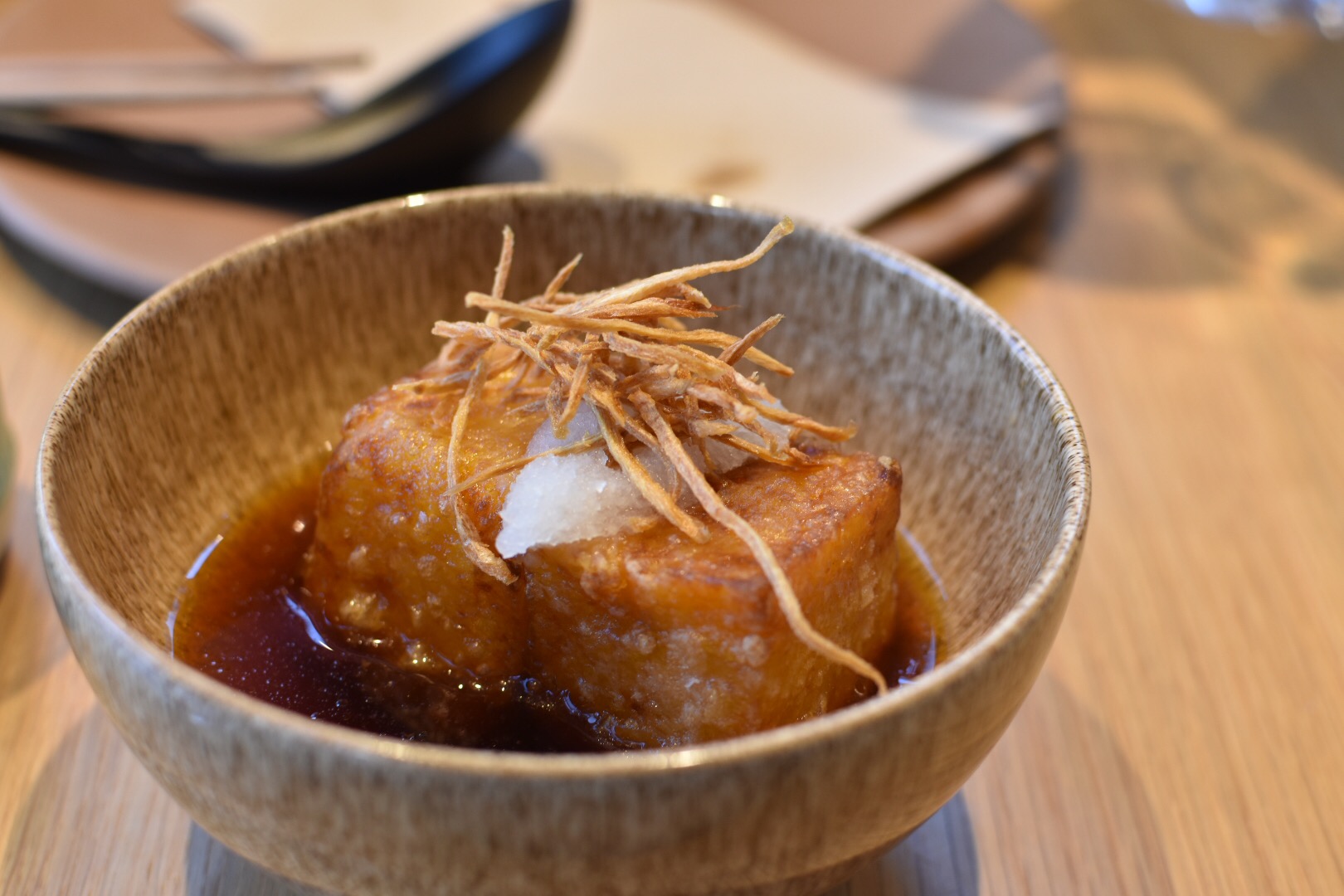 My advice, though, is go with a friend (Hey there Burnso!) and share a few of the fun plates on the otsumami menu (small dishes) and finish with something lager, like the hulking, gloriously stodgy and stripy cabbage-matcha okonomiyaki or the wagyu sirloin in miso with brussels sprouts.

Burnso smacked his lips with excitement over wobbly and squishy cubes of pumpkin agedashi “tofu” in a light soy-mirin broth and devoured with one hand a panko-crumbed prawn slider with a tangy house sauce on a sweet milk bun. 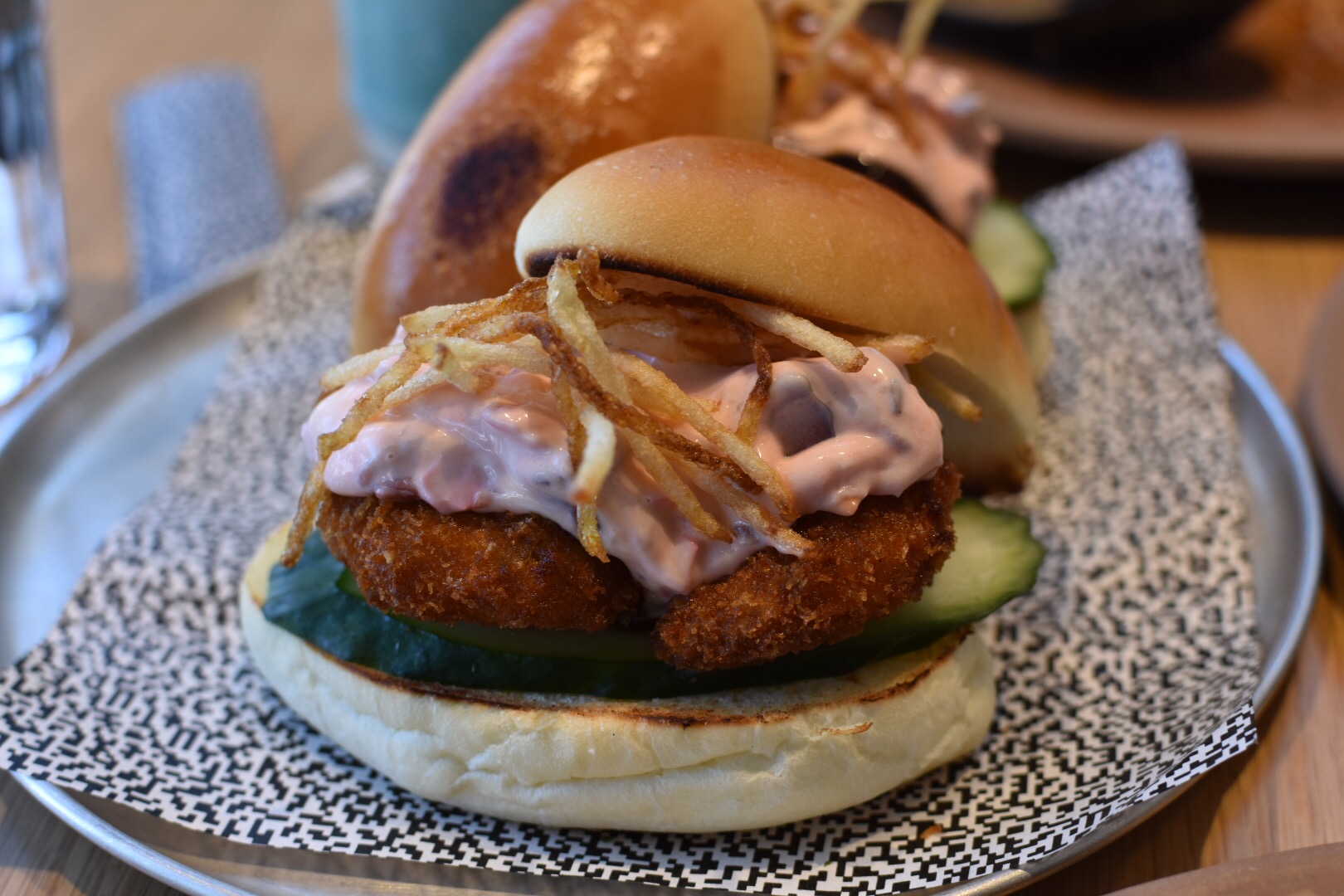 Next, we hopped into probably the farthest thing from raw on the menu: a plate of golden, gnarled chicken karaage – potato starch and rice flour-coated chicken deep fried in traditional Japanese style, rendering it ultra-crunchy and succulent – that goes well with a dash of yuzu kosho mayo dipping sauce. 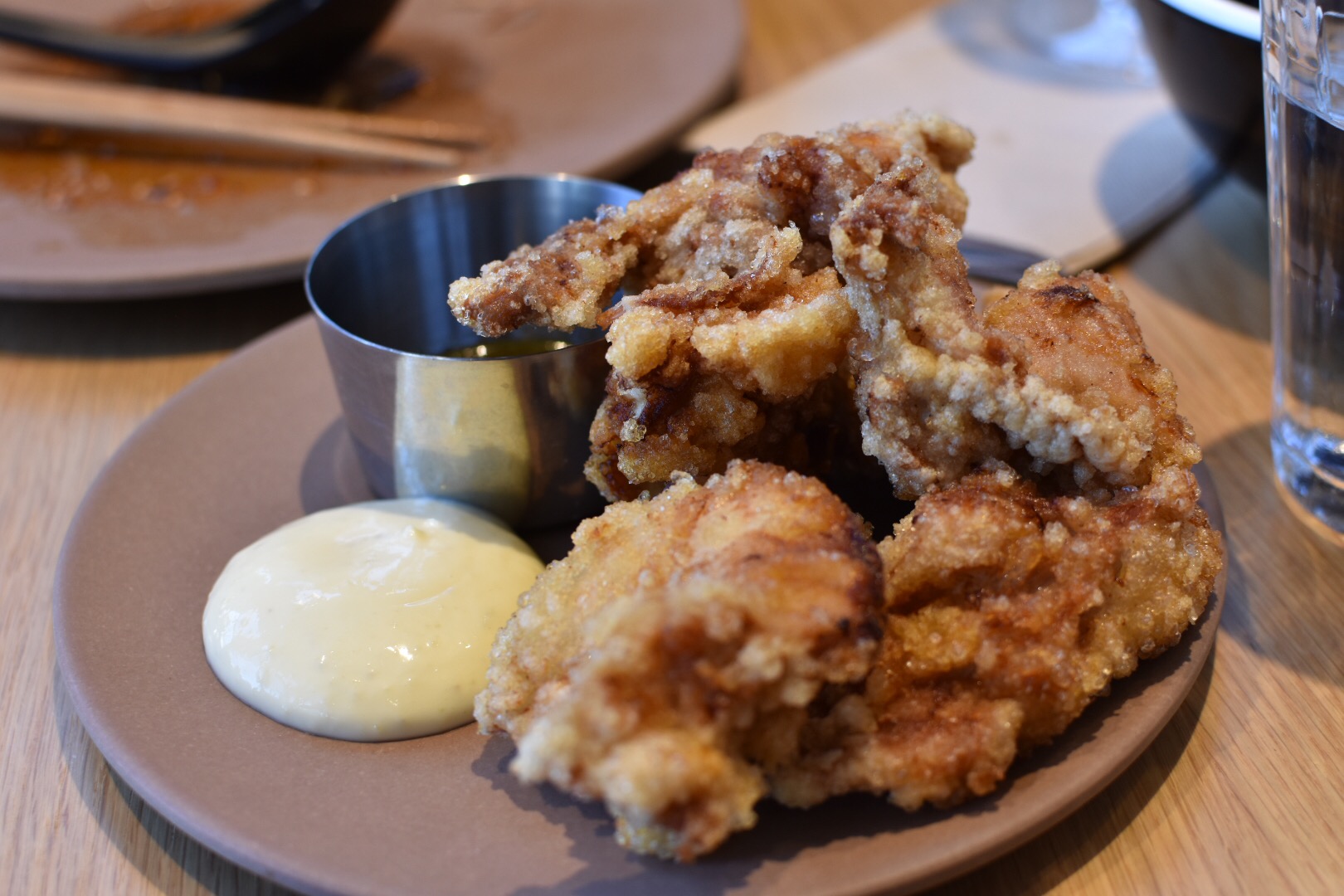 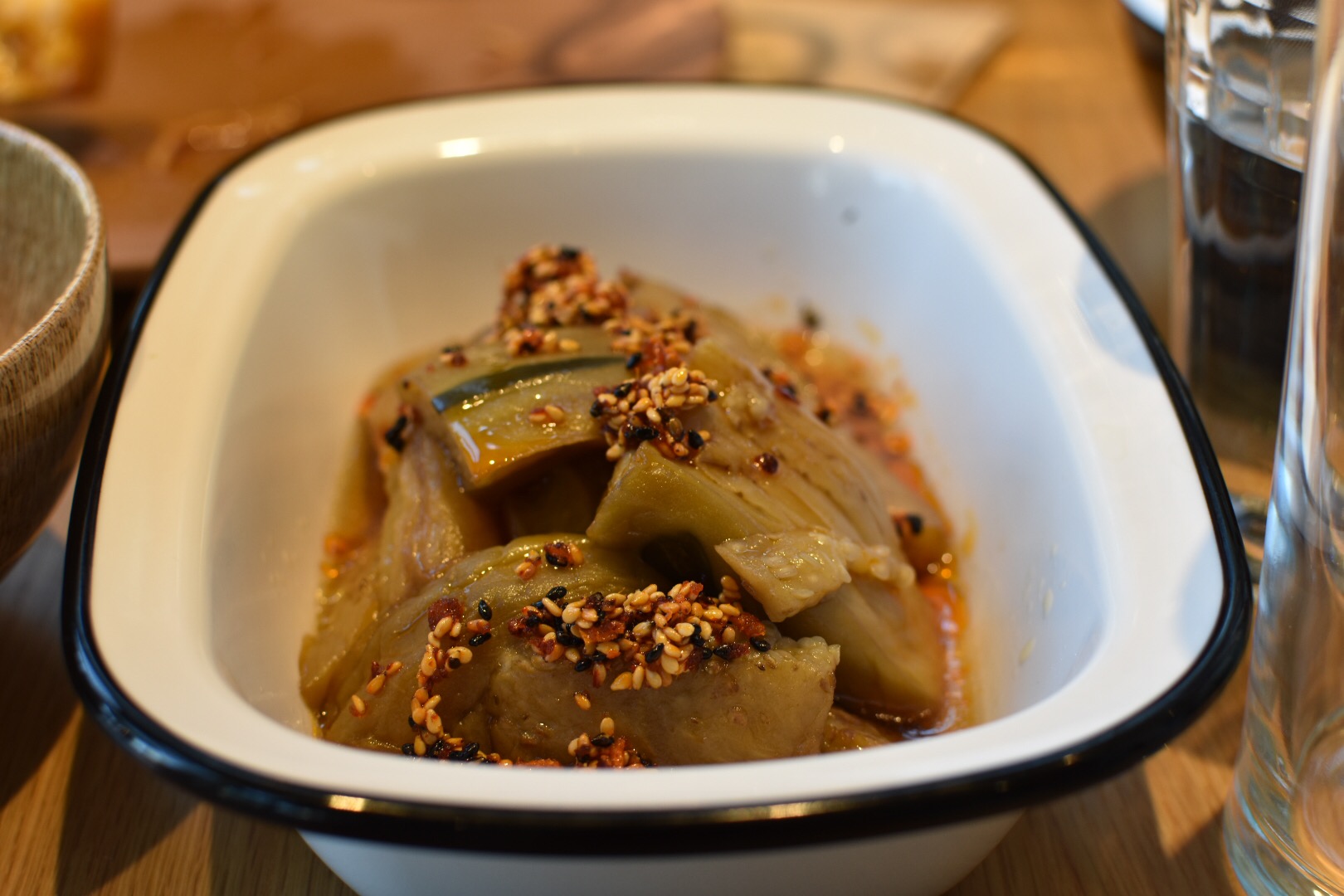 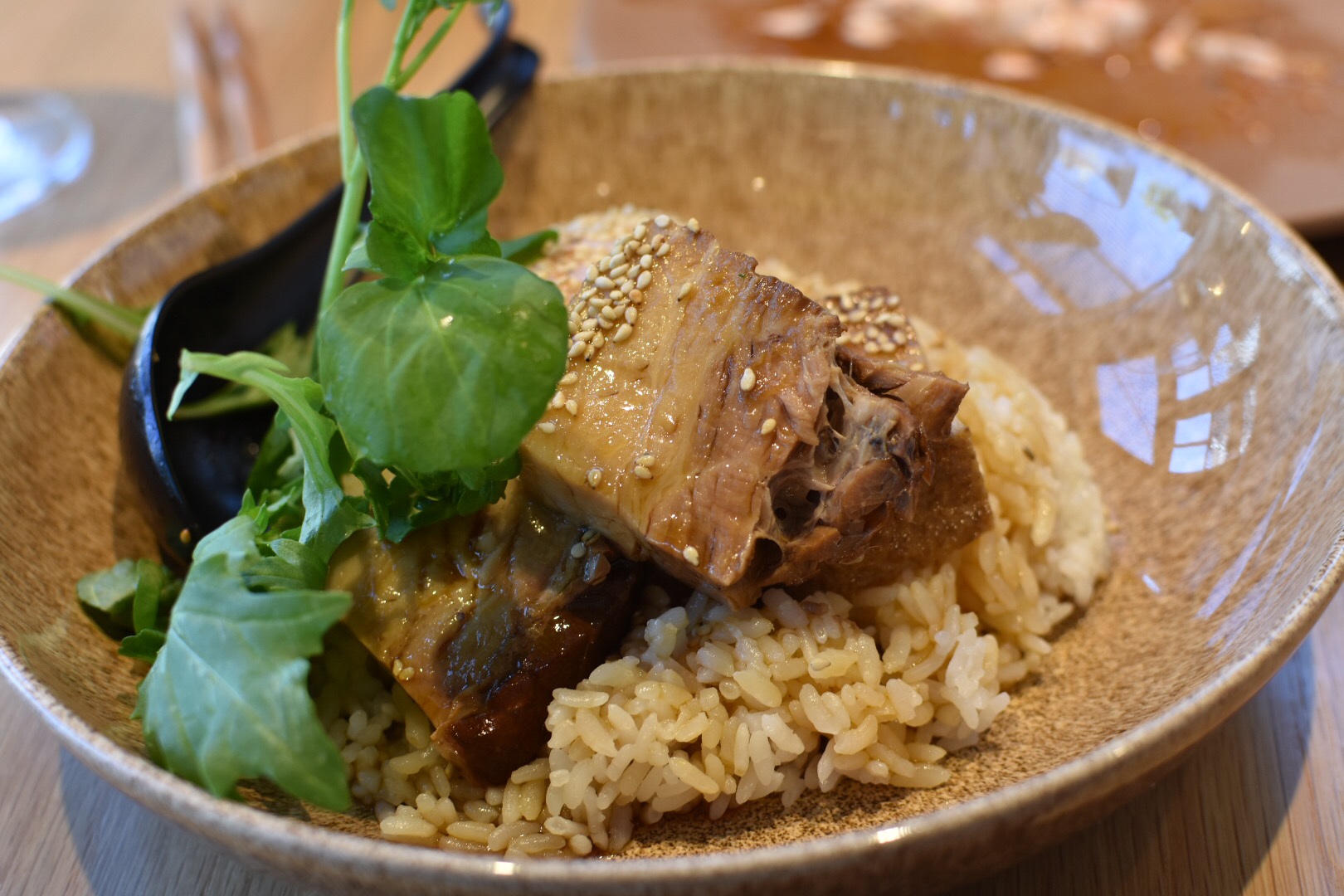 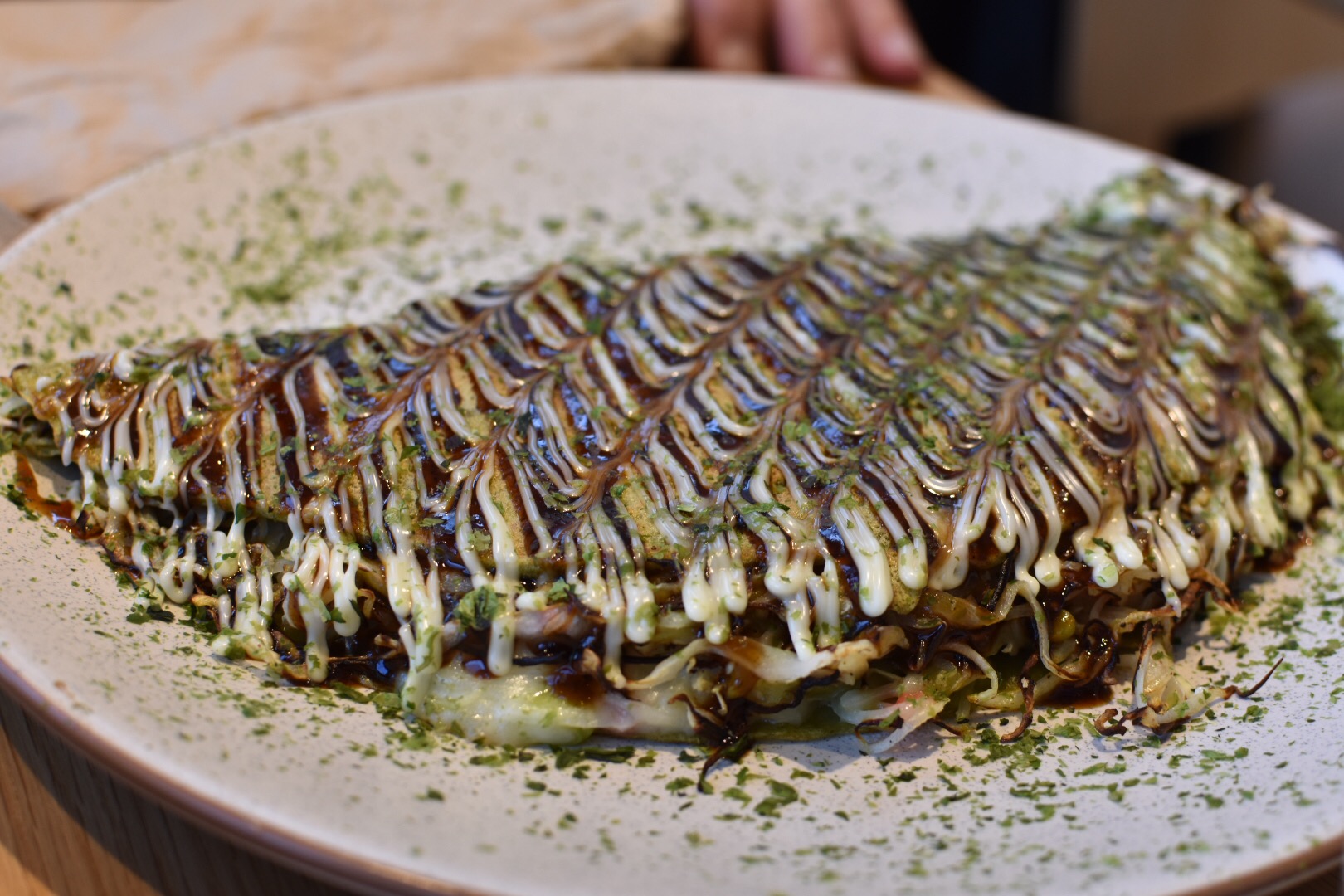 So, what did Burnso think of the raw kingfish – a lovely clean dish with pickled daikon, finger lime and yuzu kosho oil? After popping a tender, citrusy slice of fish in his mouth, he stared at me for what seemed an eternity, his brow furrowed and face inscrutable, until finally offering his verdict: “That is delicious.”

Hoorah! I’m chalking that up as a success! Welcome aboard Burnso, you’re now a card-carrying member of the raw food fan club.

Now for my next challenge: kangaroo tartare. The future is now.