A friend of my recently gave up vegetarianism.

While he doesn’t regret the years he spent eating a plant-based diet, he says eschewing meat no longer suits his lifestyle and feels all the better for making the switch.

And to commemorate his dietary apostasy, and re-induct him into the omnivore club, I thought it would be fitting to take him to the belly of the beast – the recently opened Asado, a mansion of meat on Southbank – so he could feast on, well, the belly of a beast.

Asado is brought to you by the folk behind San Telmo, Pastuso and Palermo and like its sister restaurants the food here is a celebrations of the flavours of South America.

Mighty and meaty, Asado continues on down the path laid out for it by its more established stablemates but this time – unlike Pastuso’s peek at Peru, and Palermo’s flirtation with Italy – narrows its focus to Argentina, with a sprinkle of Spanish thrown in for good measure.

But first and foremost, Asado does what it says on the tin: champions the Argentine ritual of asado, the grilling of meat in all its glory.

I’ve read that if one is invited over for asado in Argentina it would be unthinkable to refuse.

But unless you’re planning a trip to South America any time soon (apologies if this makes you jealous but I’ll be doing a tango in Buenos Aires on my honeymoon by the time you’re reading this) your best bet for a hit of fire-pit flamed meat is this modern, dapper joint on the banks of the Yarra.

The restaurant itself is the size of a minor South American country.

When you walk through the door you’re greeted by the image of a giant teal-hatted gaucho, and to his left is the open kitchen, where white-coated chefs orbit the custom-made parrilla (grill) and open fire pit. 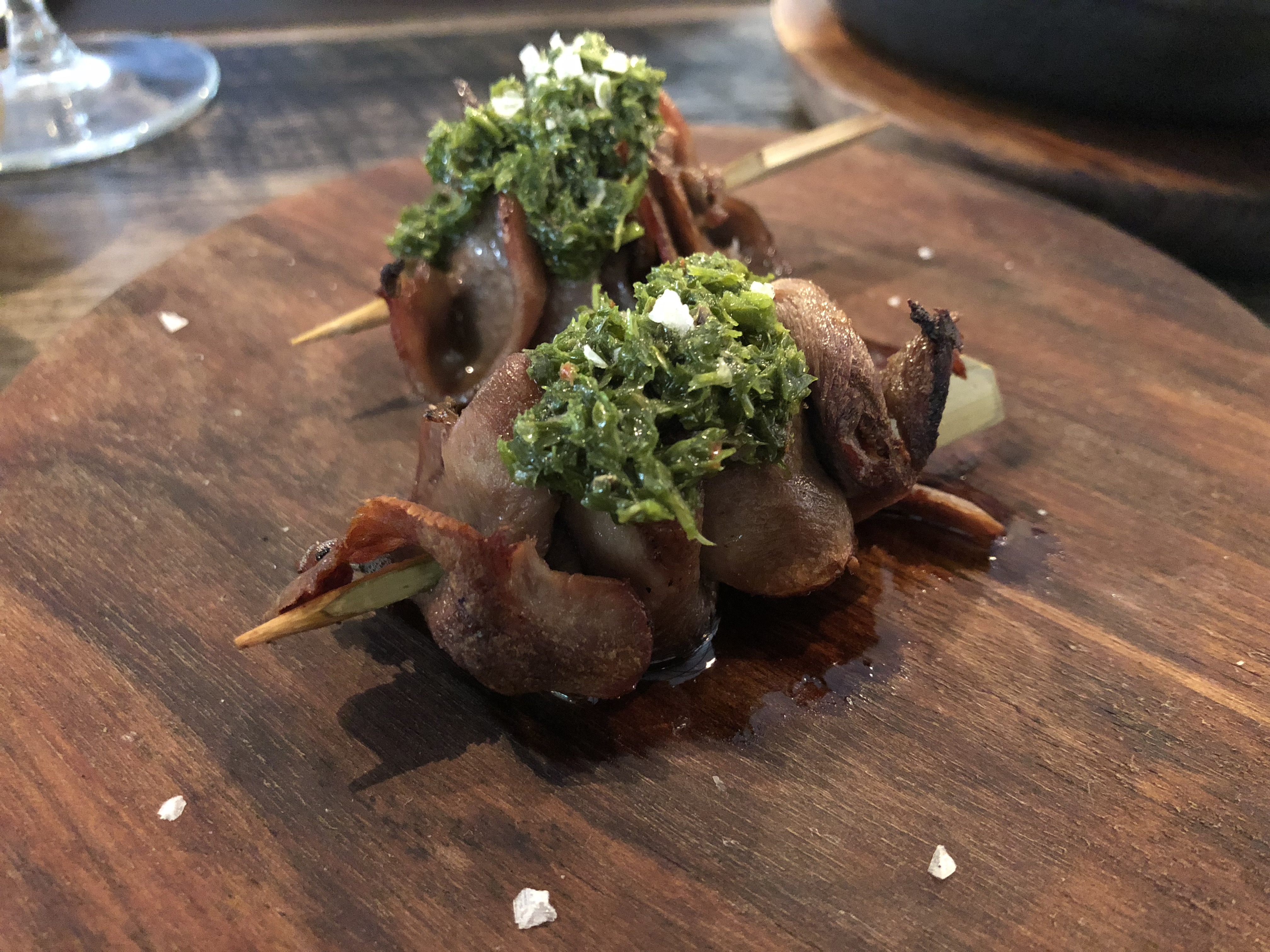 To kick things off, the carnivore convert sitting opposite me thought it best to dive right into the offcuts and ordered the excellent lengua, aka beef tongue. After it’s brined and sous-vided over the course of a day, the tongue is sliced, grilled and served on skewers with a little Panama hat of chimichurri on top. There are so many great options on the tapas-pintxos list but it’s hard to go past the beef empanadas ($6), which are punchy little pockets of minced skirt, flank and eye fillet steak mixed with green olives, egg, cumin and garlic. Latin America’s answer to the pasty, you could eat a tonne of these if it weren’t for the fact you had some mighty mains to come. 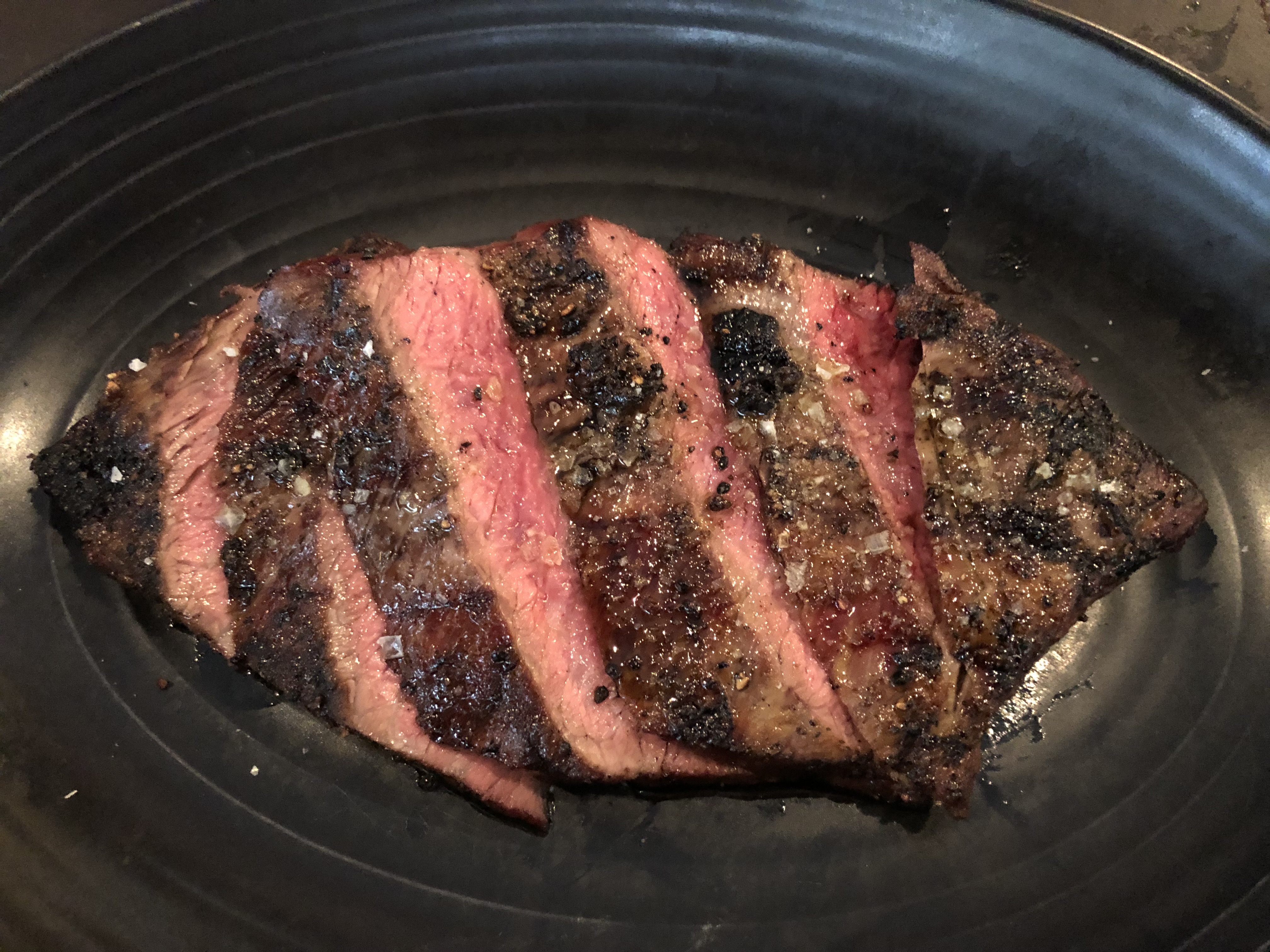 Seeing as we were well and truly on the meat train we decided to just keep on riding. The Black Market Rangers Valley Angus grain-fed flank steak ($39) was divine, but unlike Diego Maradona, this meat was touched by the hand of Gould – Ollie Gould that is, pitmaster, group chef and king of the Argy barbie. 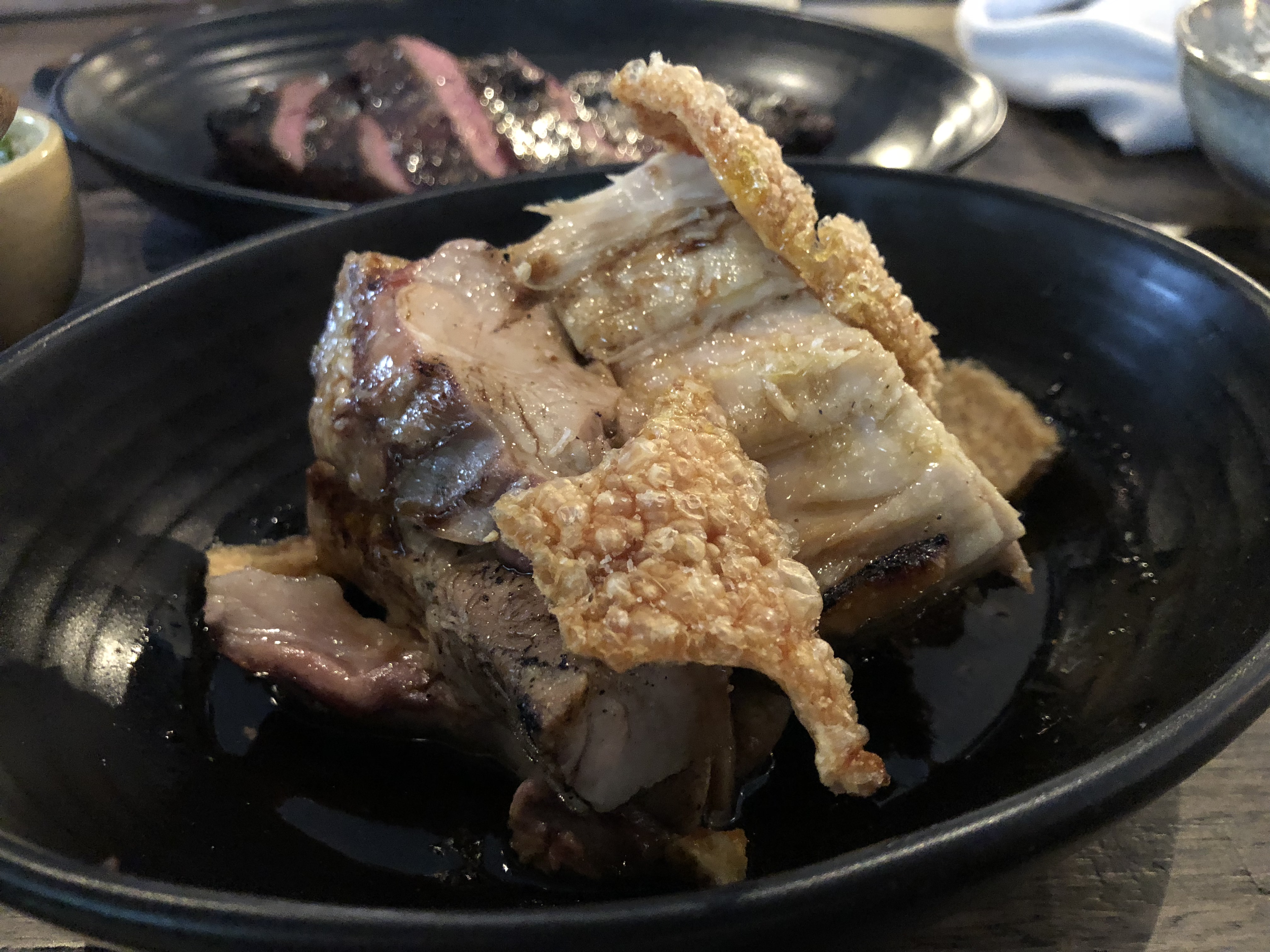 We also made sure the custom fire pit was put to good use by ordering the slow-roasted sucking pig, brined overnight and done slowly over fire for six hours.

A special mention needs to be made of the carrots – yes, they do have vegetables at Asado – because these little blighters are next-level good.

Chargrilled and served with pumpkin seeds, goats curb and black cabbage cream, the lads in the kitchen have done things to these carrots that I didn’t think possible. 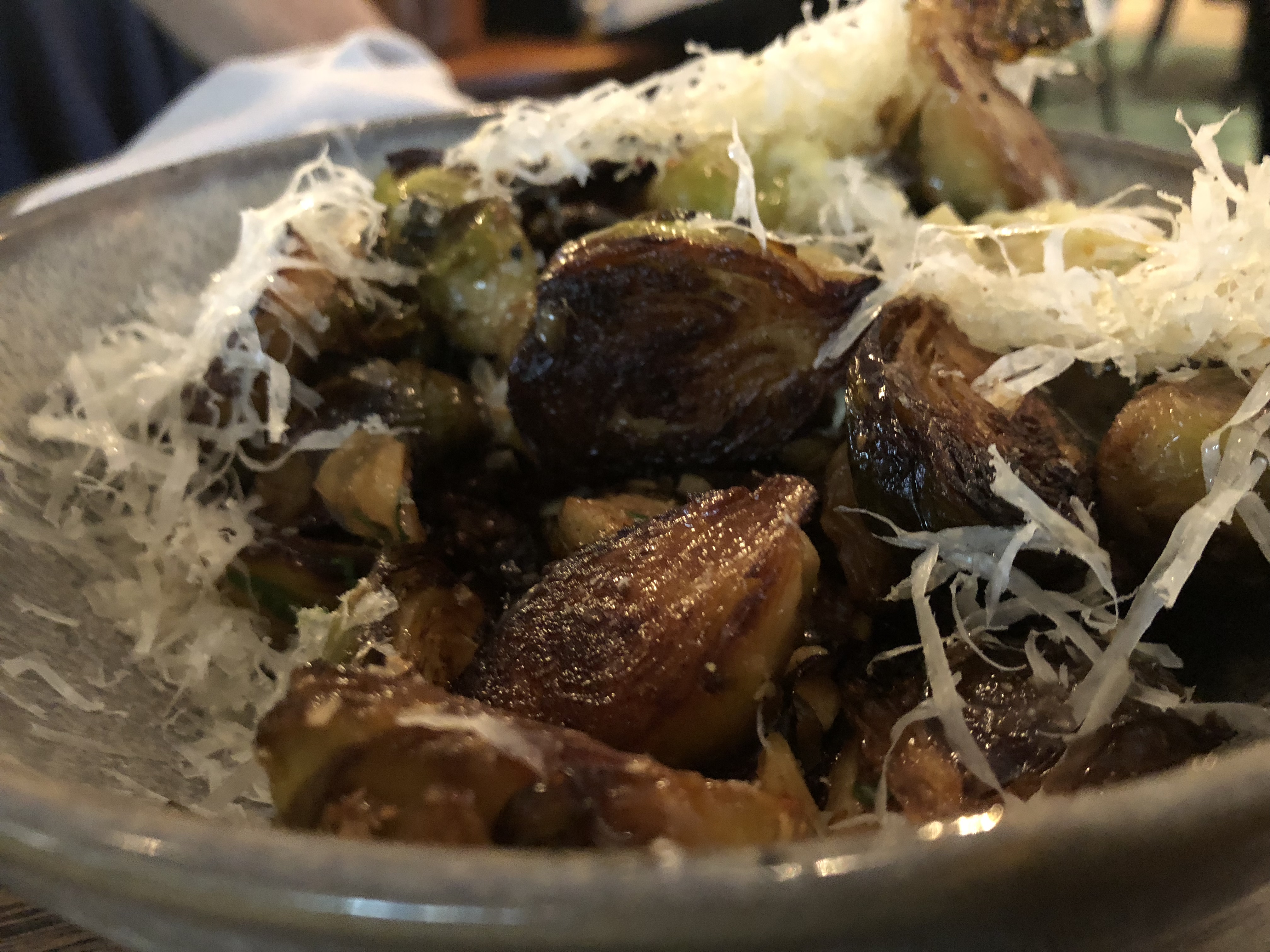 So, what did my dining companion make of his barbecue baptism? “Eating the food here unlocked taste buds I never knew I had,” he told me.

I’d call that one successful asado. 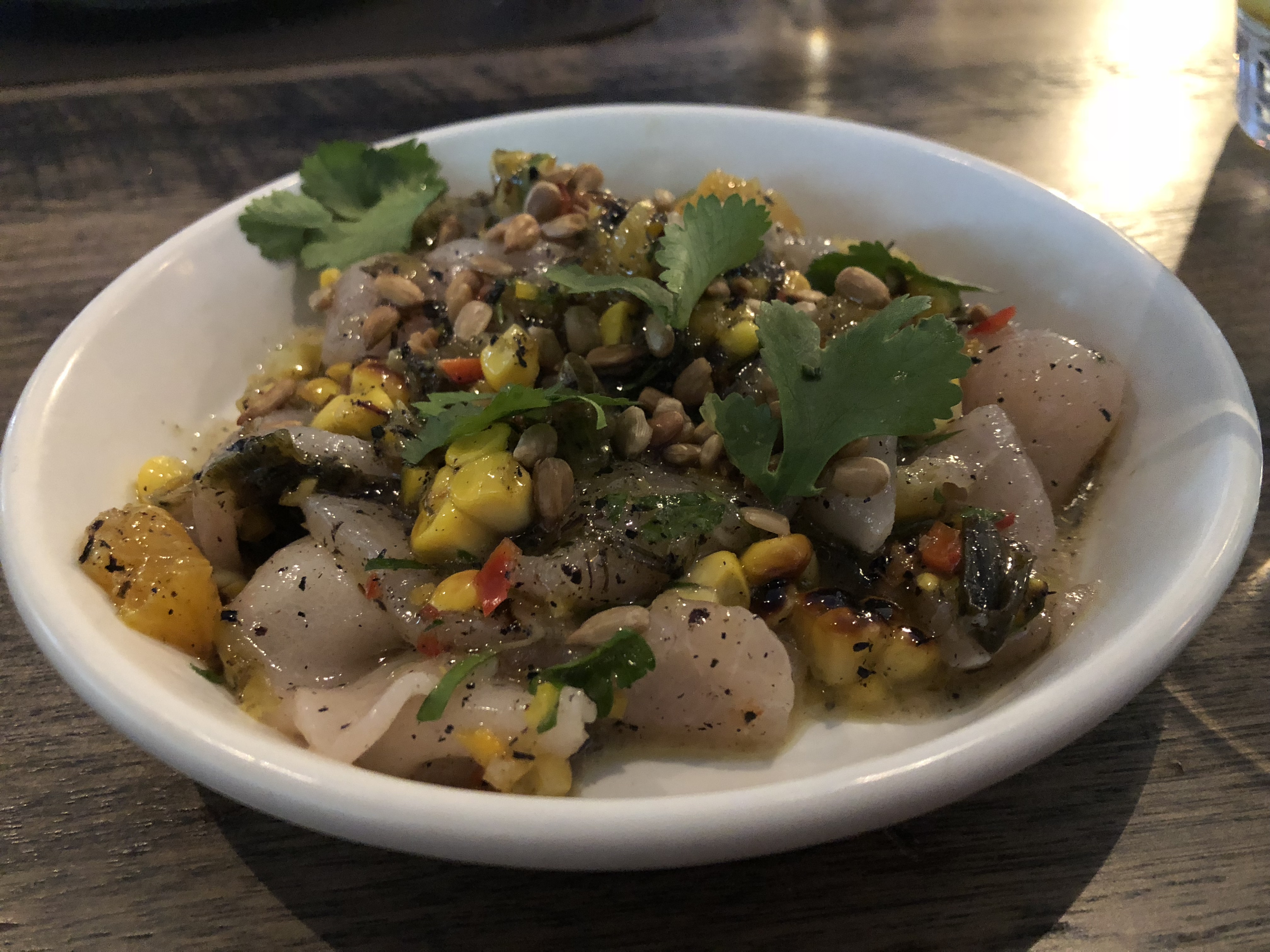