I kind of wish I was around in the days where a visit to the local Chinese restaurant meant bringing your own saucepan.

Seems like such a nice idea. I’d be happy to take along my Tefal to the local greasy chopstick joint to get a bucket-load of beef and black been.

And who knows, in these environmentally aware days, maybe we could we see a return to a bring-your-own eating vessel policy? Now that the single-use plastic bag is on life support, will the takeaway container be the next polymer to face the chopping block?

One Melbourne chef also keen to celebrate the Chinese food of yesteryear is Matti Fallon, head chef of Broadsheet Kitchen, a concept restaurant that sees a rotating roster of up-and-coming chefs run the kitchen at Collingwood’s Saint Crispin for a three-month residency.

Fallon is a massive fan of old-school, Aussiefied Chinese food, having relished family outings to the local Asian eateries on the Mornington Peninsula when he was a child, and wanted to tap into those pangs of nostalgia for his turn manning the tongs at Broadsheet Kitchen.

For his menu, Fallon has taken the Chinese dishes we all know and love (think beef and black bean, fried rice, sweet and sour pork) and catapulted them into the 21st-century Melbourne.

A reimagining of lemon chicken appears in the form of a bite-sized crispy slither of chicken skin teamed with a tangy, oozy lemon sauce. Prawn crackers also get a run, served with a dusting of Chinese spices. 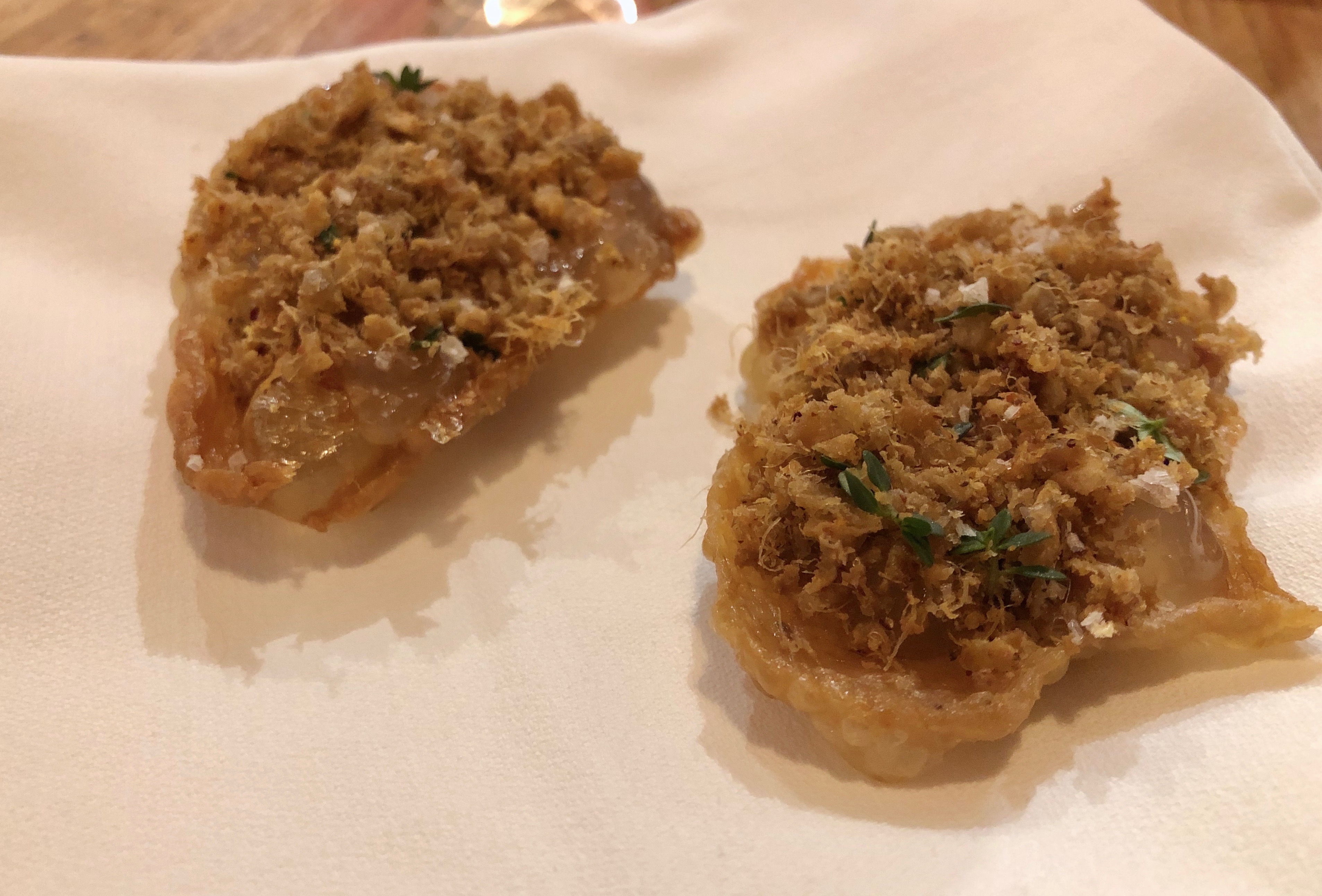 For something a bit more substantial, the sweet and sour, sticky lamb ribs are an absolute knockout. No need for cutlery here. Just tear the tender, caramelised meat right off the bone with your hands and bliss out. And don’t worry about getting any lurid, fluro-red sweet and sour sauce on your mitts; Fallon’s take on the sauce is more subtle, made up of soy, miso and lemon grass.  Banging stuff. 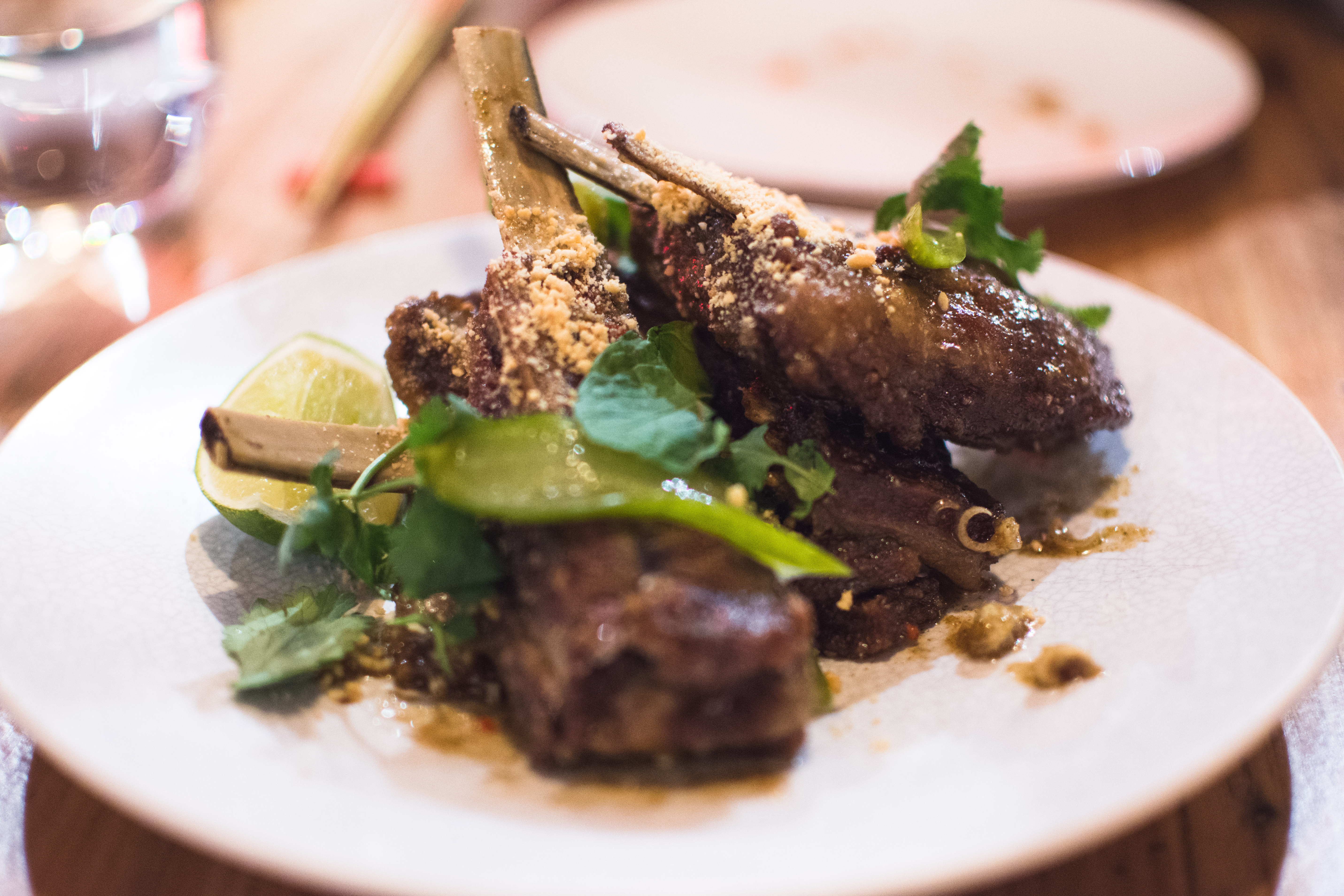 Fallon’s version of the classic beef and black bean, done with brisket instead of sliced meat, is familiar yet new and exciting. The brisket falls apart like a knock-off watch from a flea market owing to an overnight braising session. The dense, intense sauce is dark and moody, made up of fermented black beans and garlic, and sits at the base of two fist-sized towers of brisket, with shitake mushrooms and Chinese broccoli providing support. 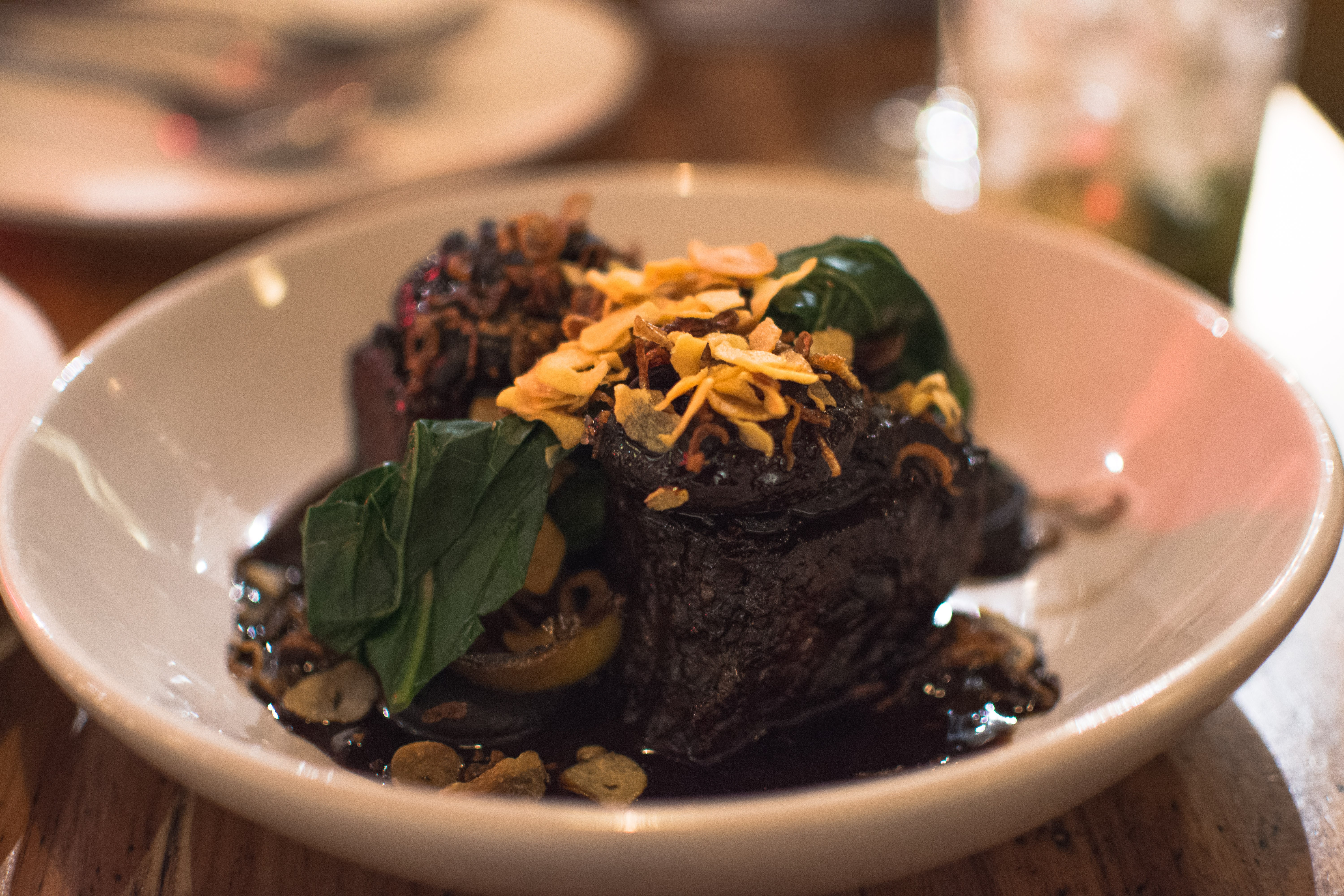 But if you want to sample Fallon’s misty-eyed take on Chinese food you’ll have to get your skates on. His residency at Broadsheet Kitchen comes to a close on June 2nd.

I, for one, will be sad to see him go but fingers crossed he pops with his kung pao chicken at another venue in the near future.

In the meantime, perhaps I can ask him to fill my saucepan with a month’s worth of those delightful lamb ribs before he shuts up shop.