Press PLAY below to hear Scorcher’s review on 3AW Breakfast.

Buenos Aires is one of my favourite cities.

I was lucky enough to visit the Argentine capital last year on my honeymoon and came away with a serious bout of BA obsession syndrome.  The city has this infectious energy that hits you from the moment you land and the food scene is out of control.

You can’t swirl your tango partner in Buenos Aires without hitting a meat or malbec restaurant. And they’re super cheap too! A bottle of red and a rib eye will cost you less than the price of a chicken parma here in Melbourne. Buenos Aires is often referred to by its initials but “BA” could just as easily be shorthand for “Big Appetite”.

But if you don’t have the time or money to go to Buenos Aires and want to get a good taste of Argentine tucker here in Melbourne, then start planning a trip to Fitzroy North.

South American restaurant Citrico, situated in the Queens Parade shopping strip that splits Fitzroy from Clifton Hill, is an ode to the flavours and spirit of the countries in the south of the continent, specifically Chile, Argentina and Peru.

Owner Nan Kroll spent three years in Chile and returned to Australia with a hunky Chilean man on her arm (partner Julio Forteza), and soon discovered there was a dearth of good South American eateries in Melbourne.  So the pair set out to rectify the situation.

The petite, red-brick dining room is a smart but unfussy space, suitable for family-friendly lunches or dreamy dinners with your lover.

Citrico’s head chef, Daniel Salcedo, is Peruvian, so it would be rude not to toast the start of the meal with a pisco sour. For those of you reading this who haven’t tried one – a cocktail made from pisco (similar to a brandy), lemon juice and egg whites – I’m envious, as your first pisco sour is memorable.

The menu hits all the big ticket items of the region, from the parillas of Argentina to the cevicherias of Peru.

I’ve never met an empanada I didn’t like but the rectangular, pie-like pockets of lusciousness at Citrico – pork shoulder braised in orange, beef black olives and raisin, and sweet corn, red capsicum and feta – are bang-on and big enough to share. 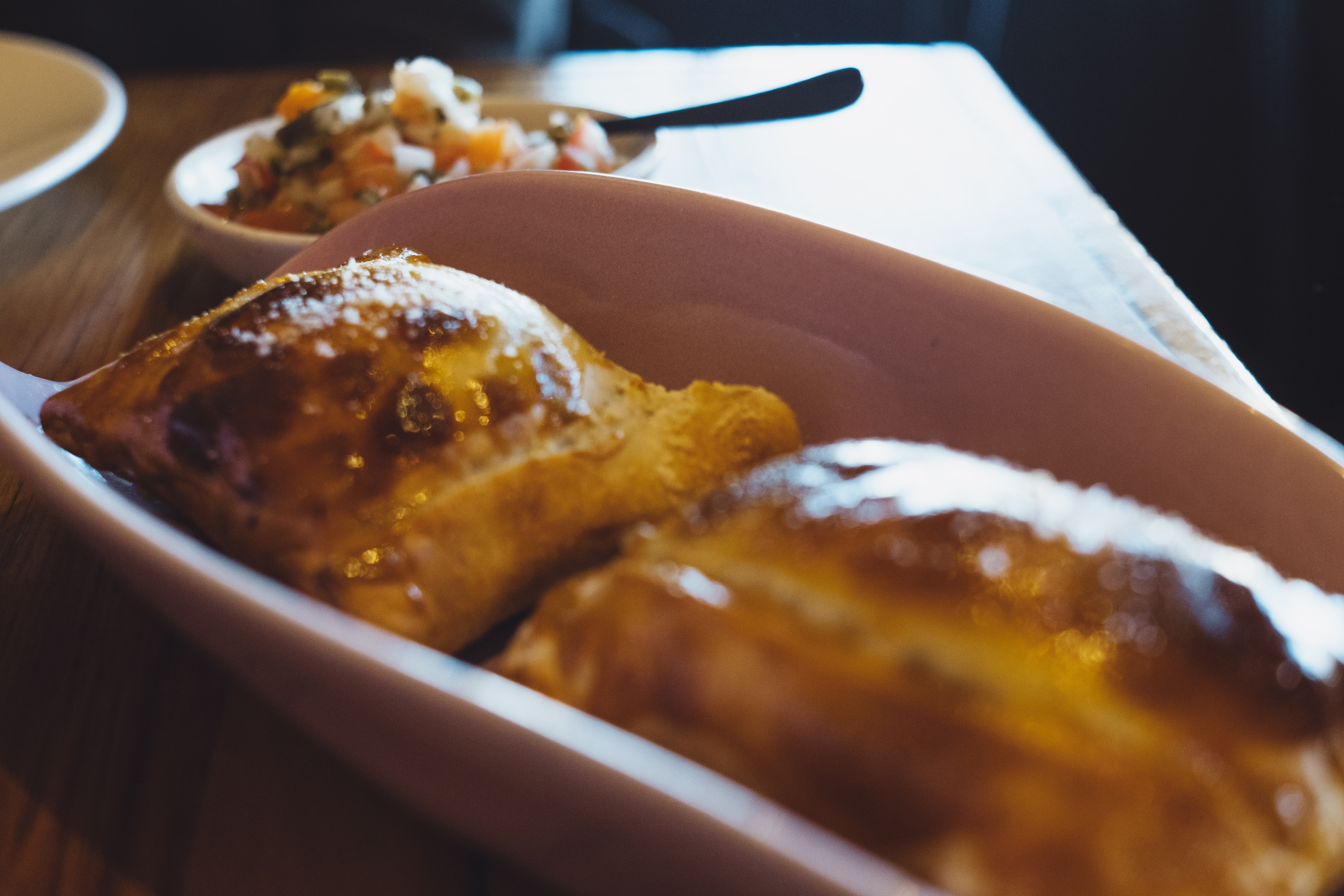 Our Bife de Chorizo (O’Connor premium Black Angus sirloin) was bashfully pink and smoky, and when lathered in chimichurri you can see why it’s one of the most popular items on the menu at Citrico. I saw ‘bife de chorizo’ on menus all over BA but the reference to ‘chorizo’ always stumped me. Nan cleared it up: “It is believed the word ‘chorizo’ in the dish’s title came about because the whole sirloin resembles the shape of a sausage!” Ceviche clasico is a must-do dish. Cubed snapper is cured in tangy leche de tigre (a liquor of fresh fish, fish stock, ginger, garlic, chili paste and lime juice) and served with roasted Andean corn and sweet potato puree. I could eat this every day, and almost did when I was in Peru.