A little thought experiment to kick things off this week: what would be your vegetarian death row meal?

If you were a condemned prisoner and you had to select one final meal before you were zapped in the electric chair but the prison had implemented a veggie-only policy, what would you go for?

I’ve, oddly enough, been thinking about this and arrived at my answer after dining at Daughter in Law, a flashy, unapologetically inauthentic Indian restaurant whose arrival in the CBD has added a touch of colour and pizazz to the top end of Little Bourke Street.

For my last meat-free meal, I would request a great big bowl of Daughter in Law’s Colonel Tso’s cauliflower, a volatile hand grenade of a dish where florets arrive at your table fluorescent red and devilishly spicy. The cauliflower is so nuggetty and intense you could be forgiven for thinking you’re actually eating protein. This is cauliflower dressed up for the opera and it’s deliciously grand.

If you’re a fan of Indian food – or even if you’re not – Daughter in Law is a lively place to dine; the fun level here has been dialled up to 11. It is the latest in a line of top-notch Indian eateries from acclaimed chef Jessi Singh (Horn Please, Babu Ji), who’s recently moved back to Melbourne after making it in New York.

As soon as you walk through the door your senses begin to spasm. The room looks like the aftermath of Holi festival, the Hindu celebration where colourful paint powder is thrown over revellers. Bright pink walls abut royal blue banquettes, gaudy gold pots containing large green foliage look down over the turquoise bar. Bollywood films are projected onto the walls, an almost hypnotical distraction from your meal.

Everything about Daughter in Law screams good times, from the 70s and 80s soundtrack to the not-so-traditional food offerings. You can tell Jessi has let himself off the leash when constructing the menu. 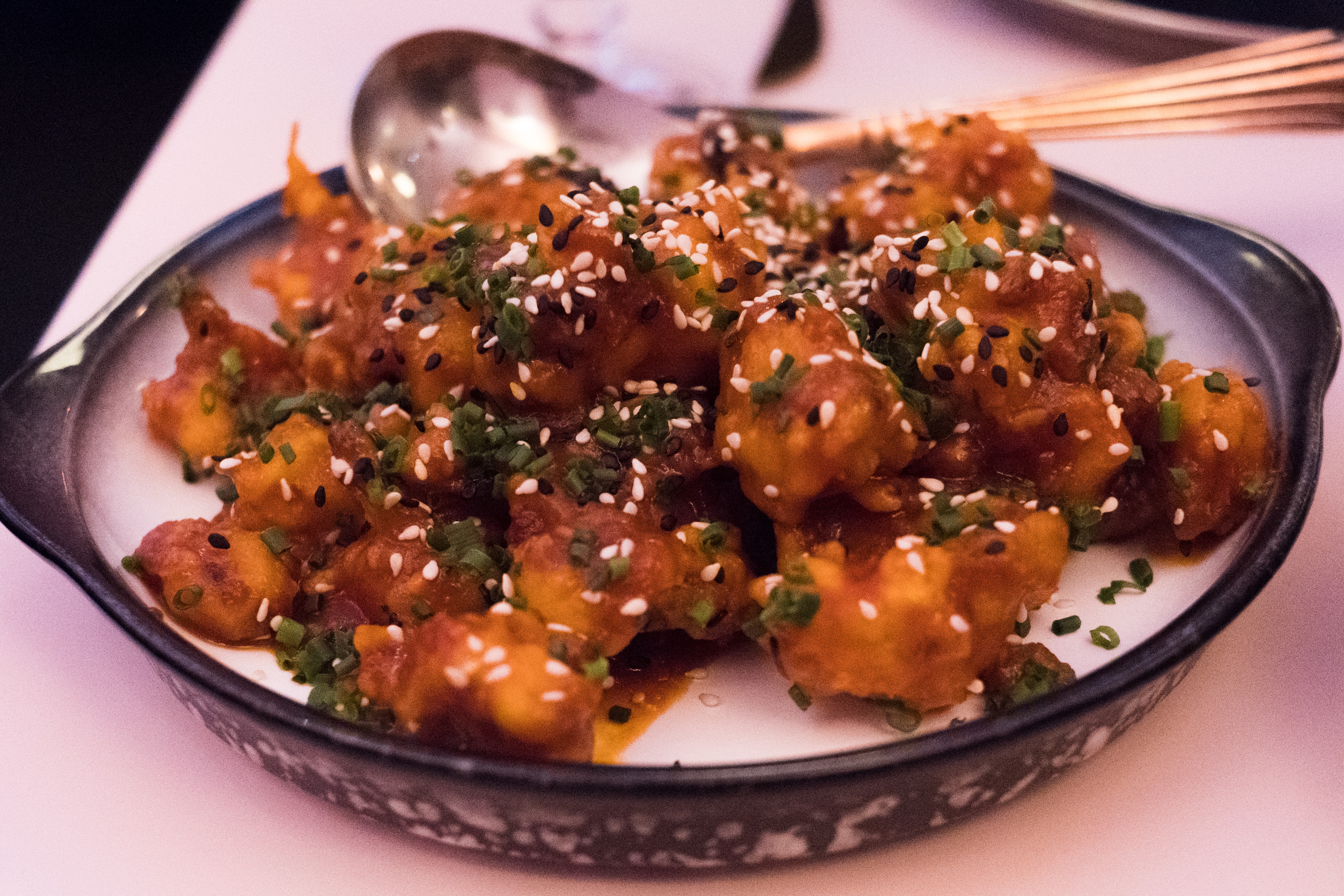 Scallop ceviche with coconut and lime, and beef tartare with green mango powder aren’t items that normally adorn the menus of Indian restaurants. Even more standard Indian fare – including the insanely good pani puri (called balls of happiness here) – is given a modern makeover. 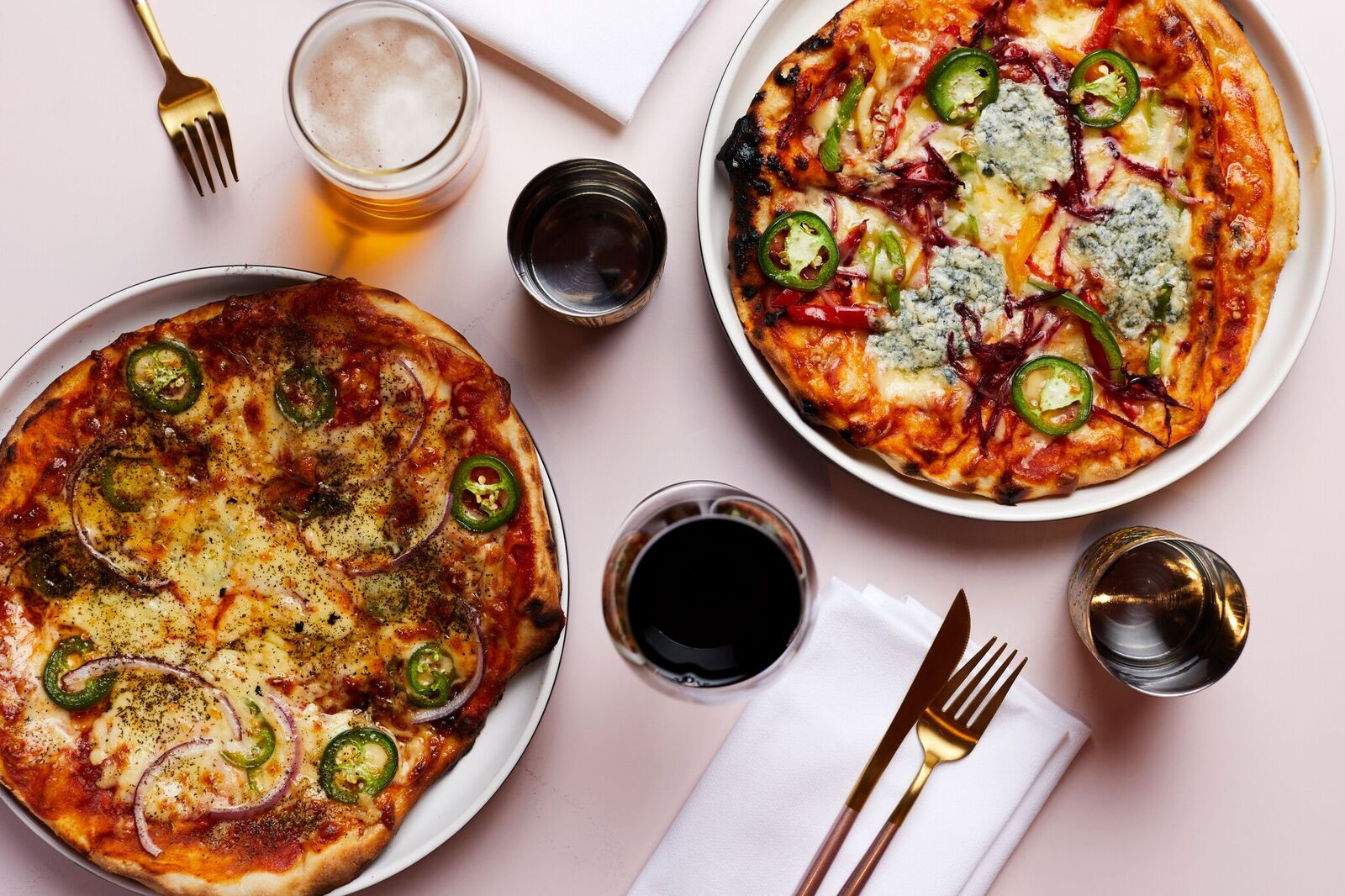 The presence of naan pizzas (chilli margarita, blue cheese and herbs, masala paneer) shows a chef who’s not afraid to mix things up and have a bit of fun. For main, our pork neck vindaloo was agreeably spiced, not dialled up to blow-your-knackers-off level, and the more sedate prawn coconut curry with turmeric and mustard seed is a must order. 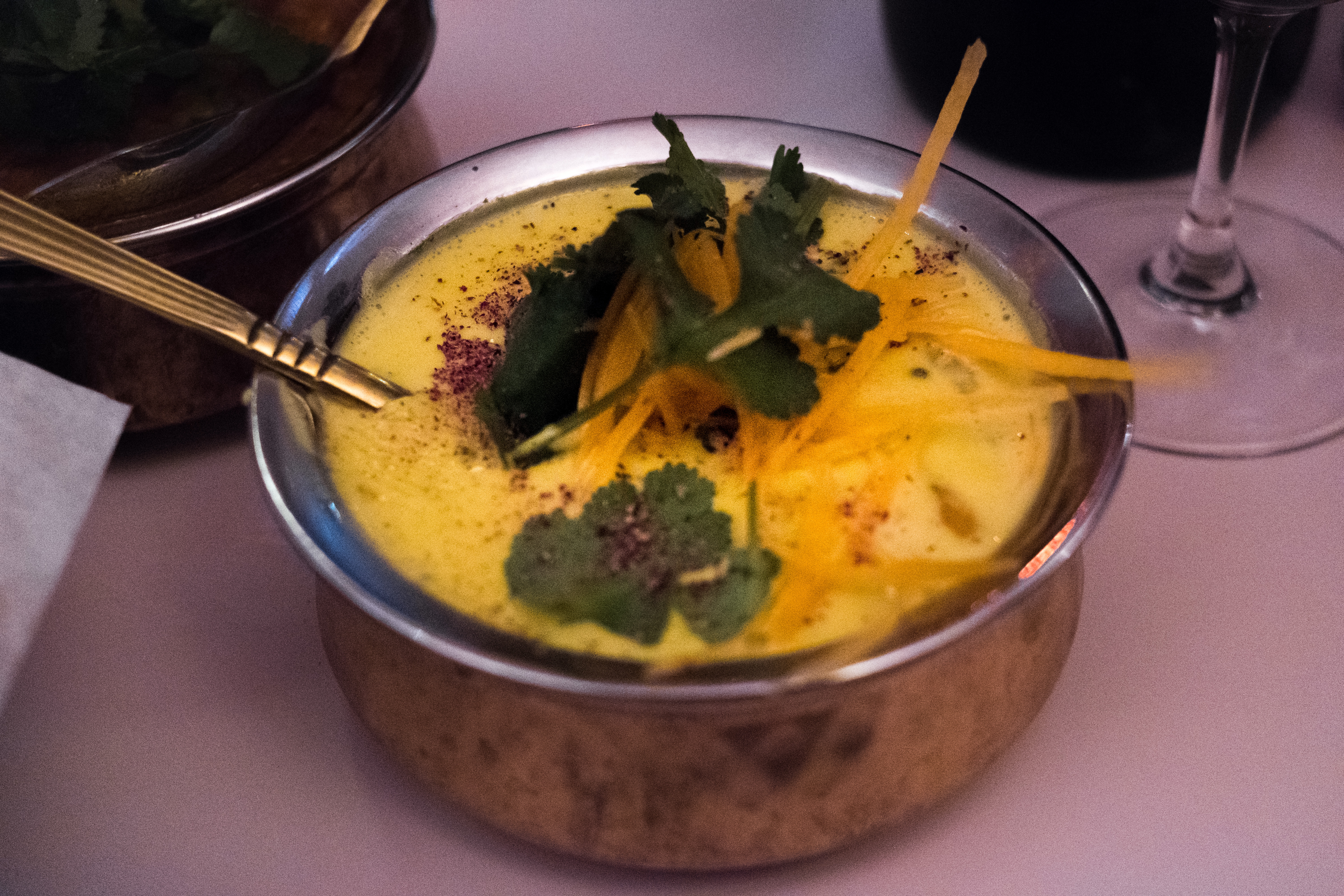 Other larger items include an “unauthentic” butter chicken, classic goat curry, pork chops with mango and pineapple chutney and Aussie lamb chops with raita and mint.

If it’s all too overwhelming and you’re struggling to choose, go for Daughter in Law’s great-value tasting menu. At $55, you get a selection of Jessi’s greatest hits, which includes some street food snacks, meat from the tandoor and a thali plate of curries.

Daughter in Law is one of the more exciting subcontinental restaurants I’ve been to for a while.

And I’d happily go to jail if it meant feasting on that wickedly good Colonel Tso’s cauliflower again.

Check out what Scorcher has been up to on Instagram — @markjdavidson