Life throws up some curious combinations at times.

Take Sir Paul McCartney recording a song with Rhianna, or James Packer dating Mariah Carey. A friend of mine is mad for beetroot and peanut butter sandwiches, and apparently sushi and croissants is now a thing.

But even more curious than all of these pairings is a restaurant, hiding in plain sight on Queens Parade in Clifton Hill, which serves up a head-scathing combination of cuisines: Indian and Hungarian.

Indian and Hungarian? I’m sorry, have I missed something? How are these two cuisines – or countries – even remotely related? That would be like me opening an eatery that serves food from Uzbekistan and Portugal.

So curiosity got the better of me and I decided to check it out. Plus, my fiancée is Hungarian so she was fizzingly eager to see what was on the Magyar menu.

Diamond is a wonderland of winter warmers, especially on the European side of the ledger. Nirvana for lovers of comfort food. We devoured the red wine beef goulash with nokedli (Twistie-sized dumplings, similar to a Swiss spätzle), pretending we were herdsmen on the Great Hungarian Plains. Traditionally, goulash is a rich, hearty soup. However, it’s better known the world over as a robust stew, and at Diamond the nokedli do a bang-up job of mopping up the brawny, beefy gravy. 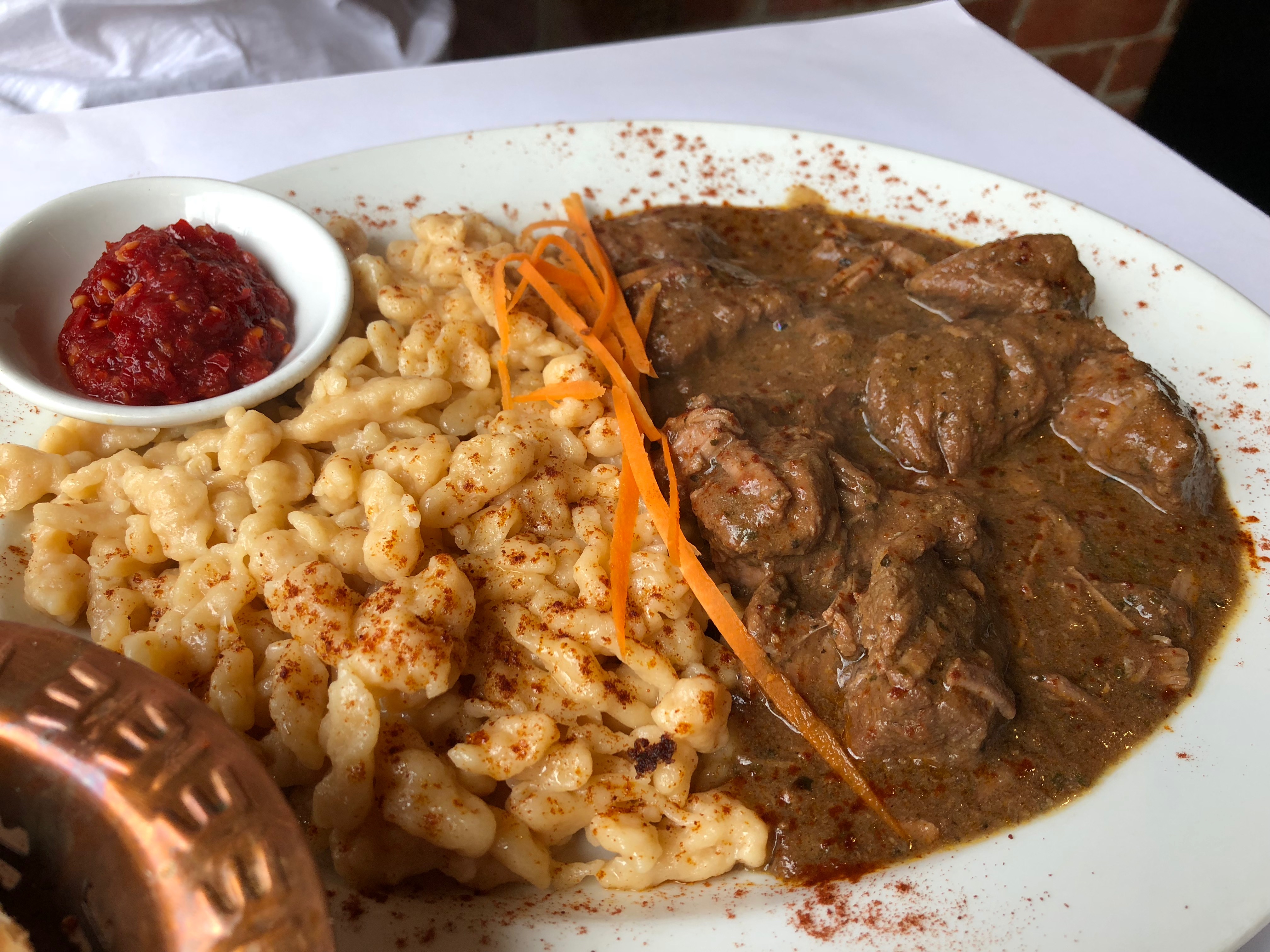 Pangs of nostalgia struck my future wife when she tucked into fluffy langos – fried bread with generous lashings of garlic, sour cream, cheese and paprika, a common street food in Hungary. Like garlic bread on steroids. While smaller than the ones her mother makes, the langos was satisfyingly stodgy, with a healthy blast of garlic that would incapacitate a pony. 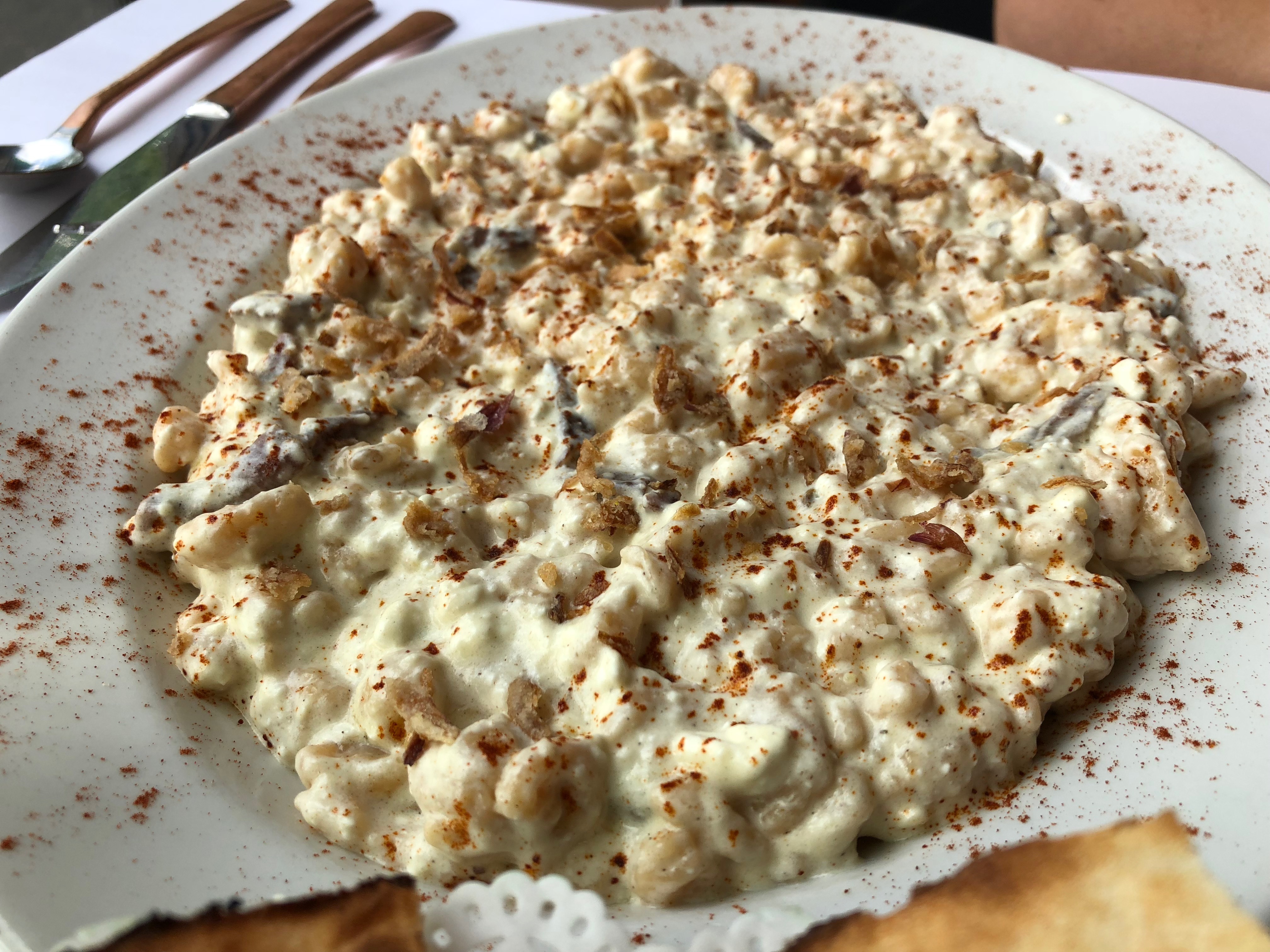 The Indian side of the menu is far more extensive, populated by all the subcontinental favourites we’ve come to know and love. Punjabi specials include goat curry, malai kofta and fish tikka. With so much choice, and limited space in our stomach, it was a hard task to settle on just one dish but we ended up plumping for a fragrant and fiery lamb rogan josh.  Paired with some crispy naan, the Kashmiri curry was a pleasing way to conclude our cross-continental culinary campaign. It was an economical journey too – more backpacker than first-class – with the bill arriving at around $40 a head, with drinks. 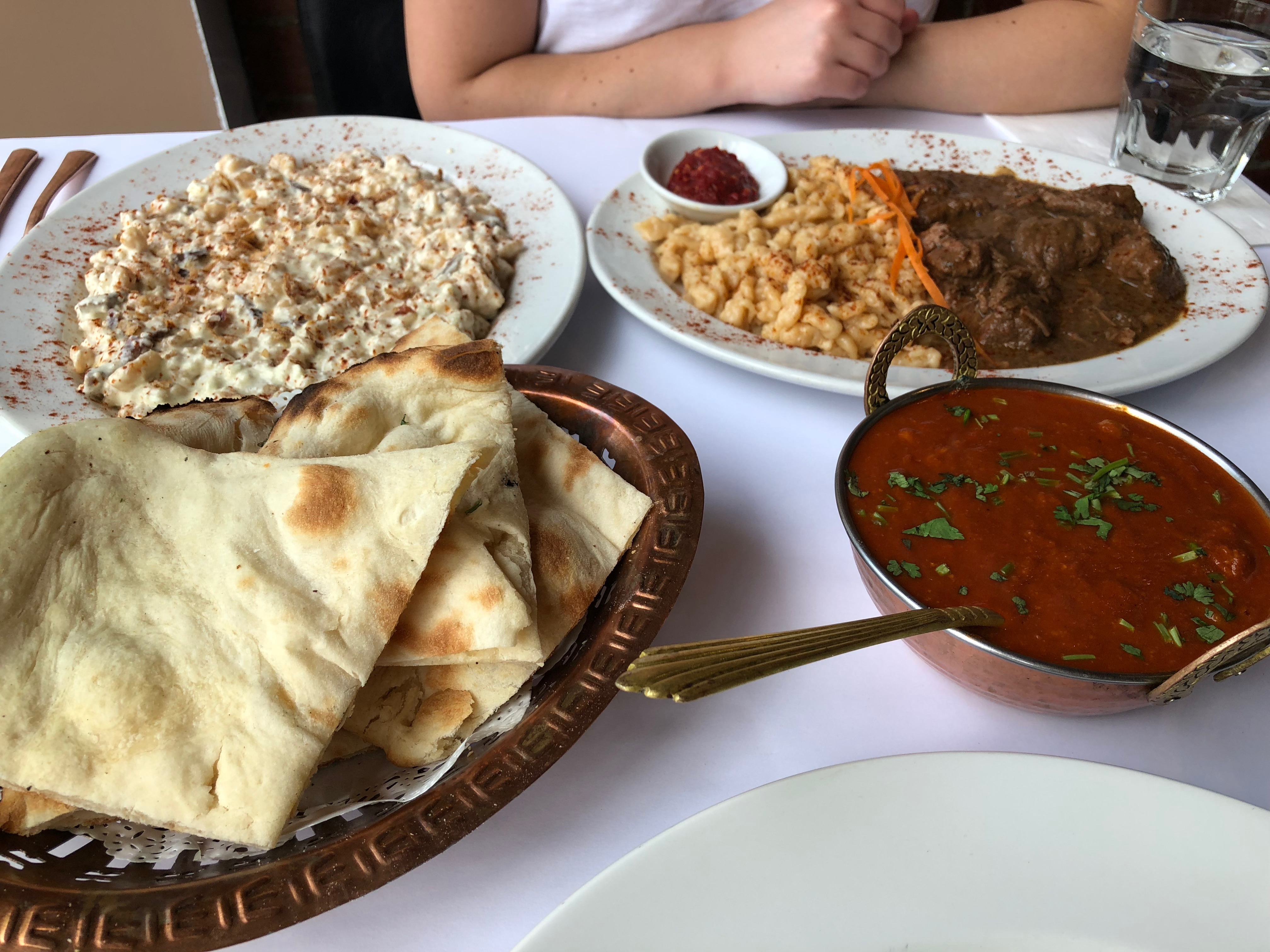 So what to make of this coming together of cuisines? Well, sometimes the odd couple just works. And how did this match come about I hear you ask? The team behind Diamond, originally from the Punjab, have worked in Hungarian restaurants, have Hungarian friends here in Melbourne and decided to give this union a shot.

A genuine love story, I’m pleased to report, rather than a marriage of convenience.