Click PLAY below to hear the full review on 3AW Breakfast

I’d go along with that. Although an accurate comparison with interstellar exploration is a little difficult for me because I don’t own a telescope.

However, he does make a rather good point.

While sparring with a bowl of oversized handmade noodles at Dolan Uyghar Food Heaven restaurant, my human happiness scale was dialled up to 11. This was my first taste of Uyghar cuisine and I was attacking it with the zeal of a schoolboy who’s just been given a trampoline — a smiling food explorer with an appetite for edible education.

What is Uyghur food I hear you ask? The Uyghurs are an ethnic group of Turkic origins that populate the northwest corner of China and parts of Central Asia. Uyghur cuisine is Chinese in appearance, with nods to Persia, and is heavy on lamb, cumin, eggplant and, unlike China, diary. 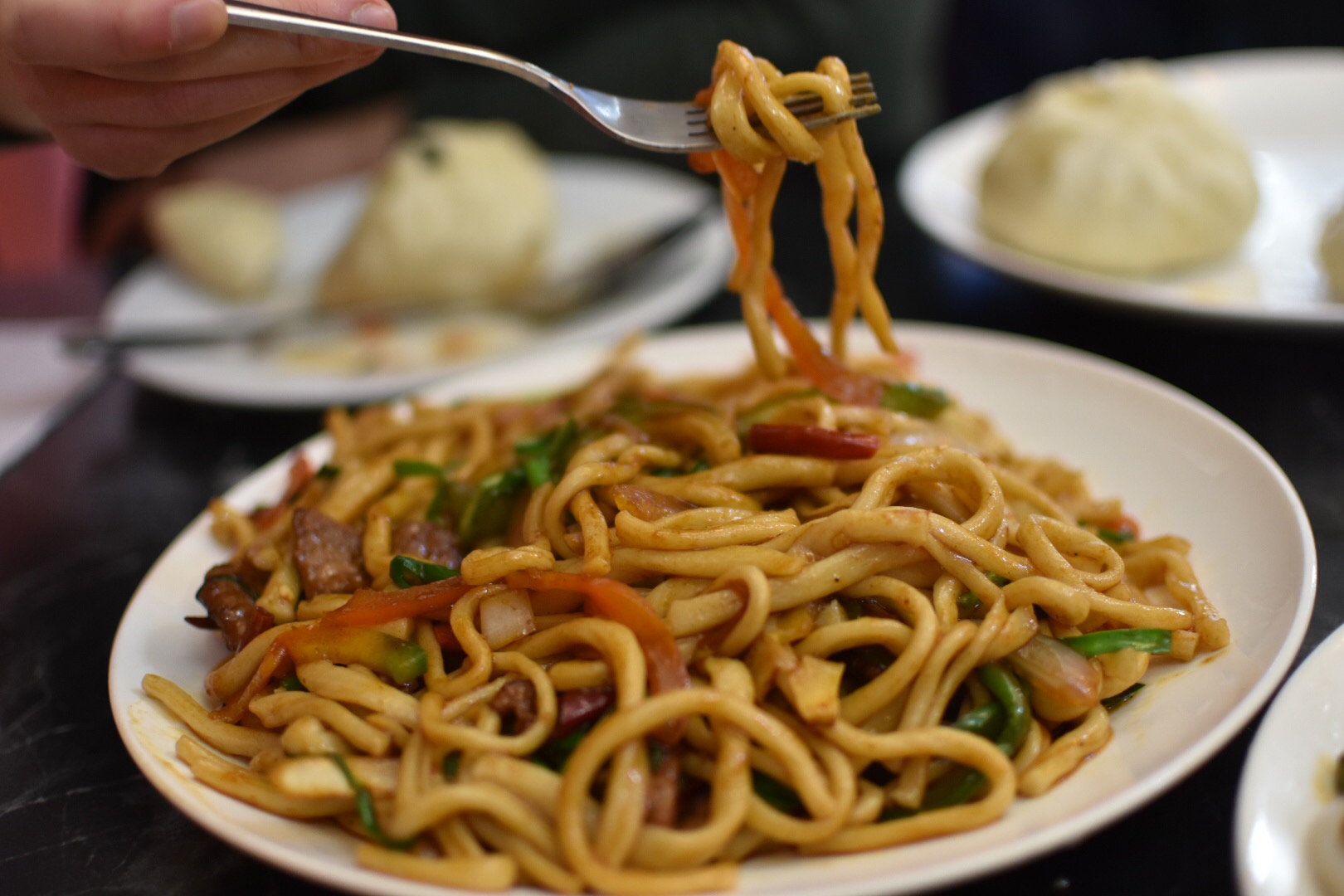 Carbs are embraced in Uyghur world, with noodles, buns and pastries held in high regard.

This is unpretentious, no-mucking-about, hearty eating. The dishes wouldn’t win a beauty pageant but could feed the contestants of such a competition for a fortnight. A Miss Bloated sash would definitely be required by meal’s end.

The stir-fried lamb and veggies (Oy lagmeni) comes with handmade noodles as long as rattlesnakes. It’s a generous, steaming dish that would go a long way to warm the belly during long, bitter Chinese winters. And at a touch under $15 it’s an affordable way to eat your fill.

The steamed buns with lamb and Chinese cabbage we ordered as an afterthought were as big as Olympic shot puts. Out of the five we were served, we only managed to heave away three. 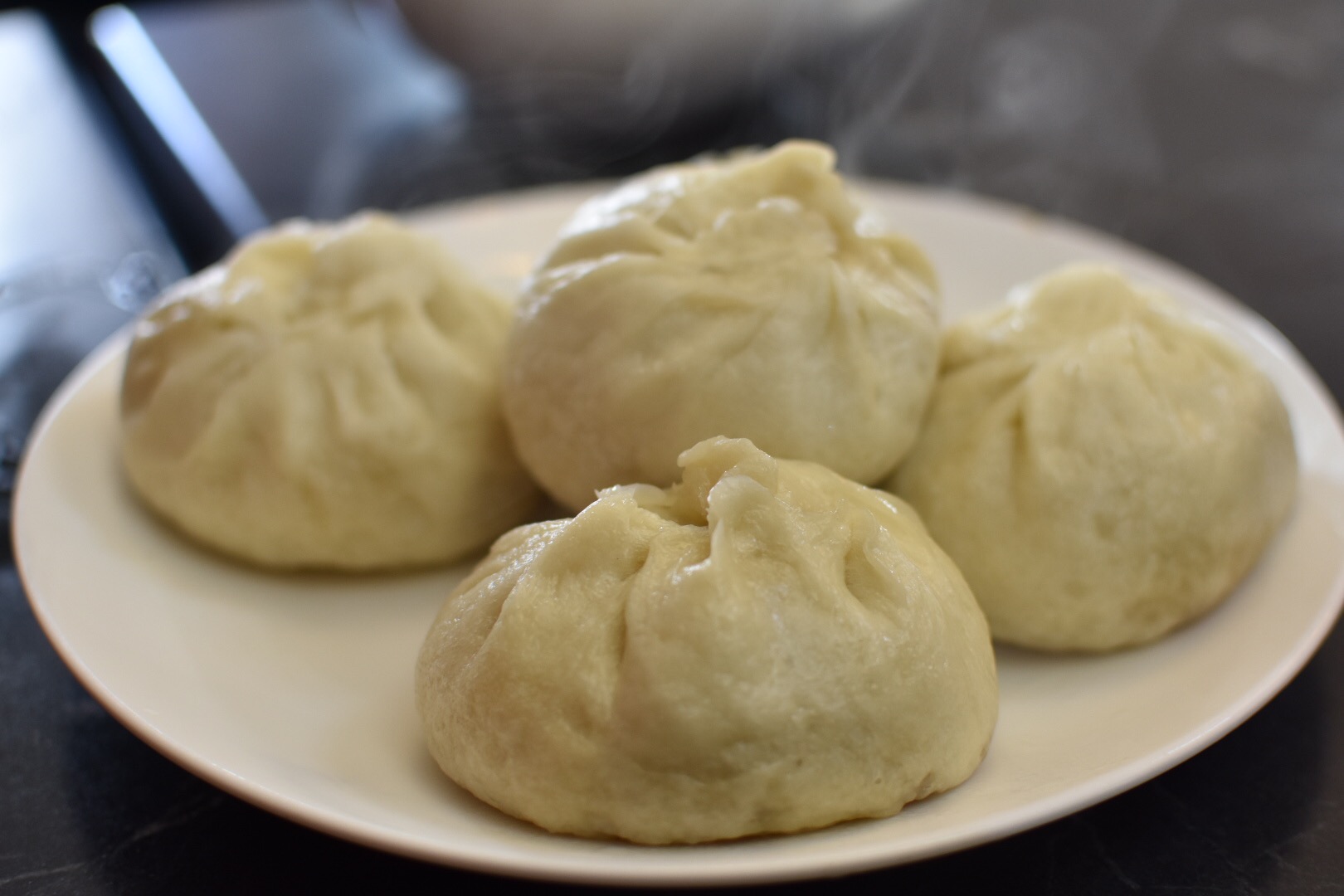 Dish of the day was the lovely and spicy aqqik korma lagmeni, a plate of thick quarter noodles – far more manageable – with chilli, garlic chives and tender lamb scattered throughout that resembled an unkempt plover’s nest. 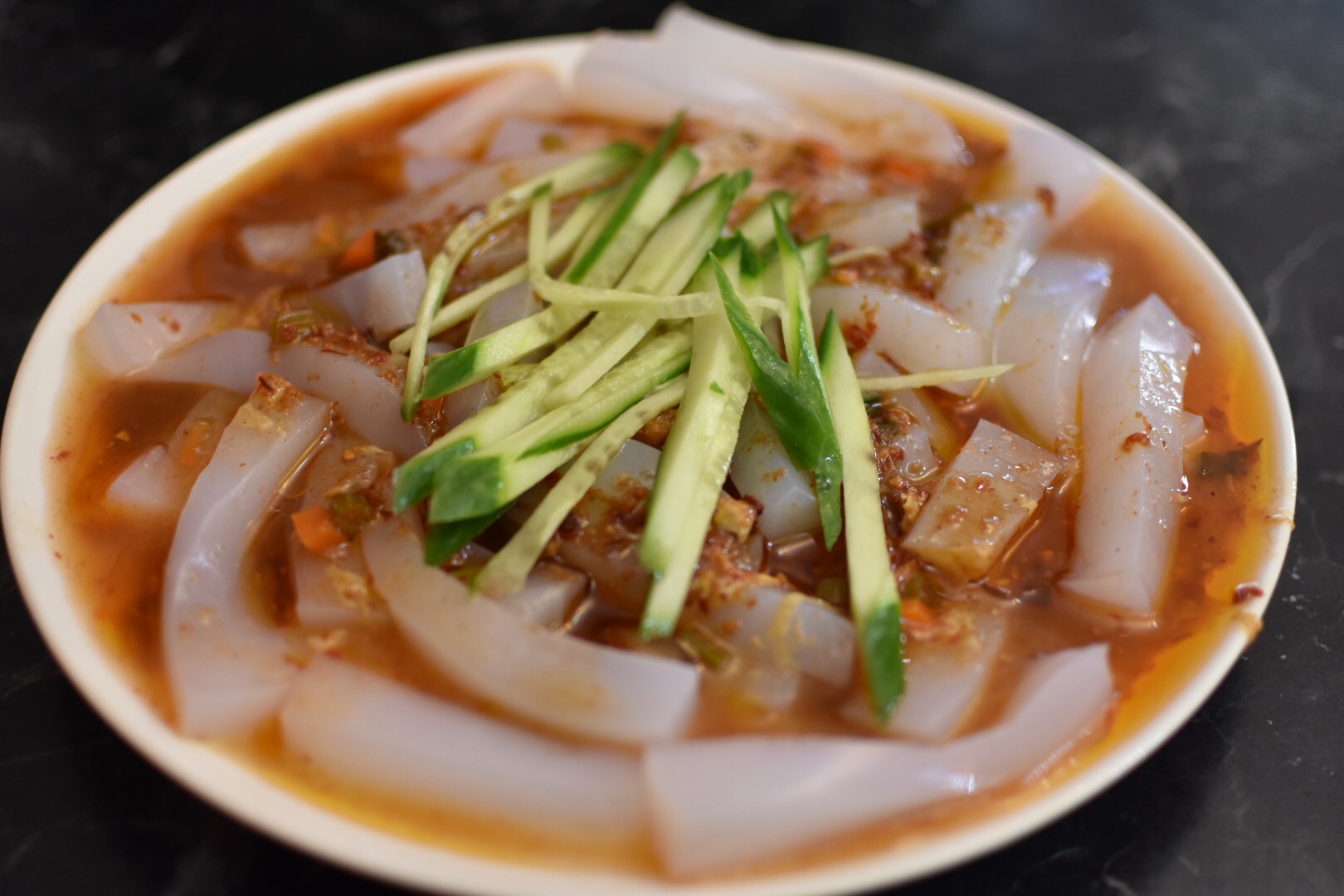 My abiding emotion when faced with a plate of meat skewers is usually something akin to “meh”. But the “exotic” lamb skewers at Dolan were wonderfully spiced and tender and actually a joy to eat.

So embrace your inner Brillat-Savarin and head out on your own food fact-find mission. Dolan Uyghar Food Heaven is pared-down, unelaborate dining but learning something new when it comes to food is definitely a rewarding endeavour. 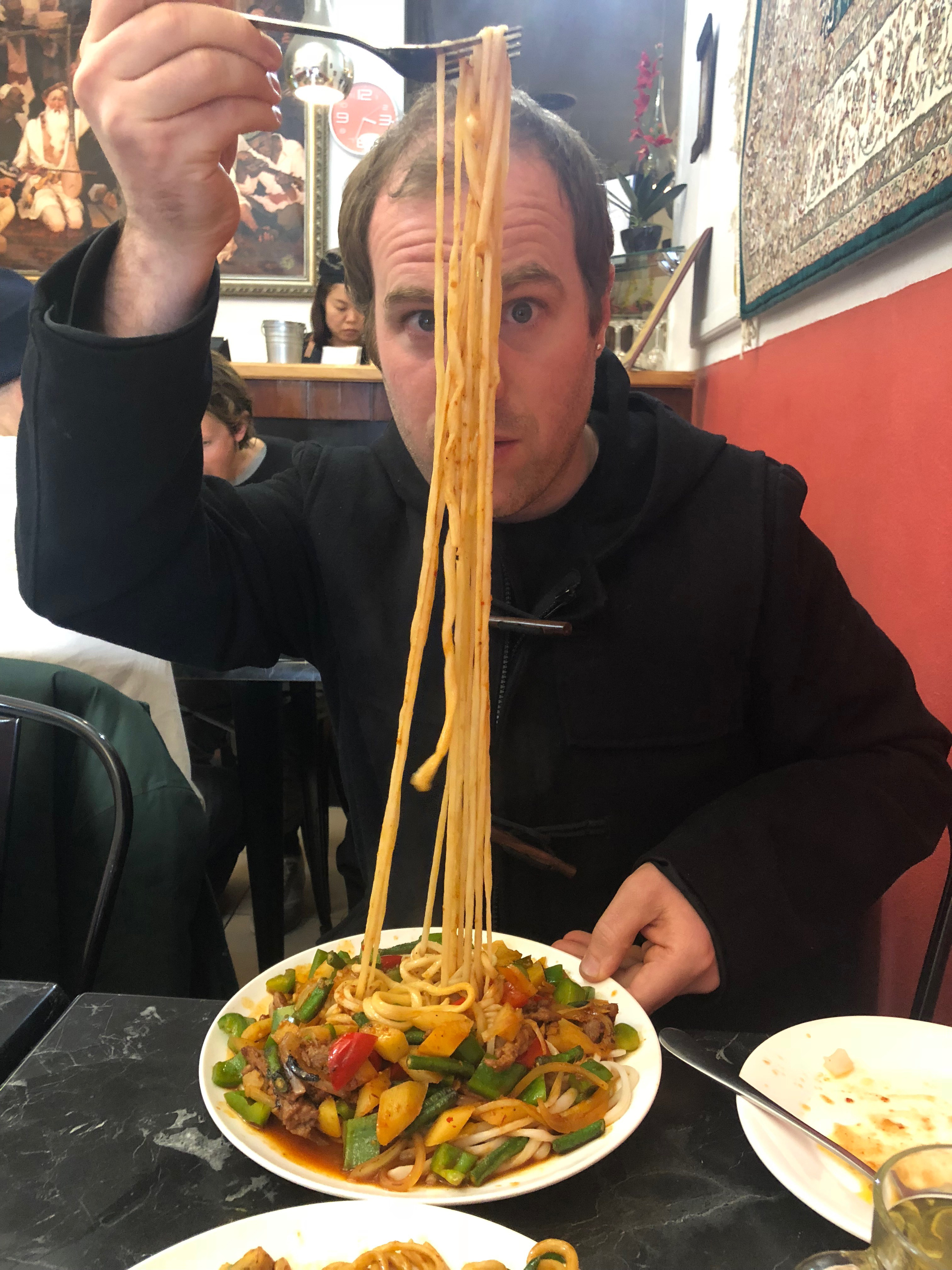