Ross Stevenson is not a dumplings man. He believes all dumplings taste the same and that chefs are perpetuating an elaborate ruse on diners by filling them with the exact same ingredients and passing them off as different flavours.

It’s a wild, potentially libellous theory that doesn’t stand up to scrutiny.

Even though Ross’s tongue is firmly in his cheek when he says such things, I think he’s being a little harsh.

Dumplings most certainly do taste different form one another.

They are also a delicious and inexpensive way to pump yourself full of carbs and calories.

And if Ross wants proof that these wobbly little morsels come in a range of flavours, I have just the place to take him. Drumplings, a wonderland of wontons situated right in the guts of Bourke Street, specialises in pushing the gelatinous envelope when it comes to its flavour combinations.

While more sobering varieties such as pork and chive, prawn and ginger and mushroom dumplings do get a run on the menu, they are not the reason one visits Drumplings. 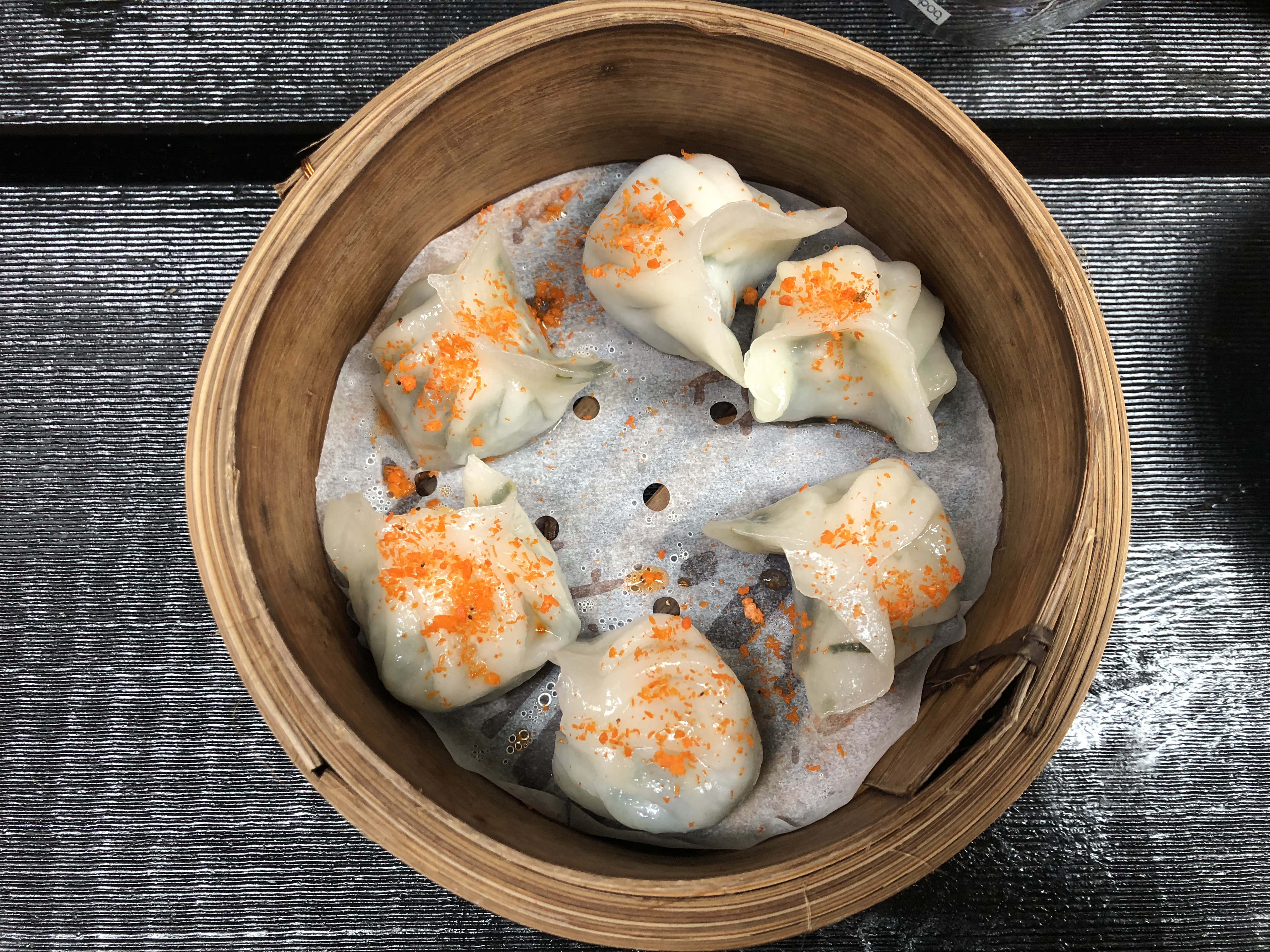 Instead, come here to sample the gamut of wacky dumpling flavours that would appear to have been dreamt up during a big night on the soya sauce. 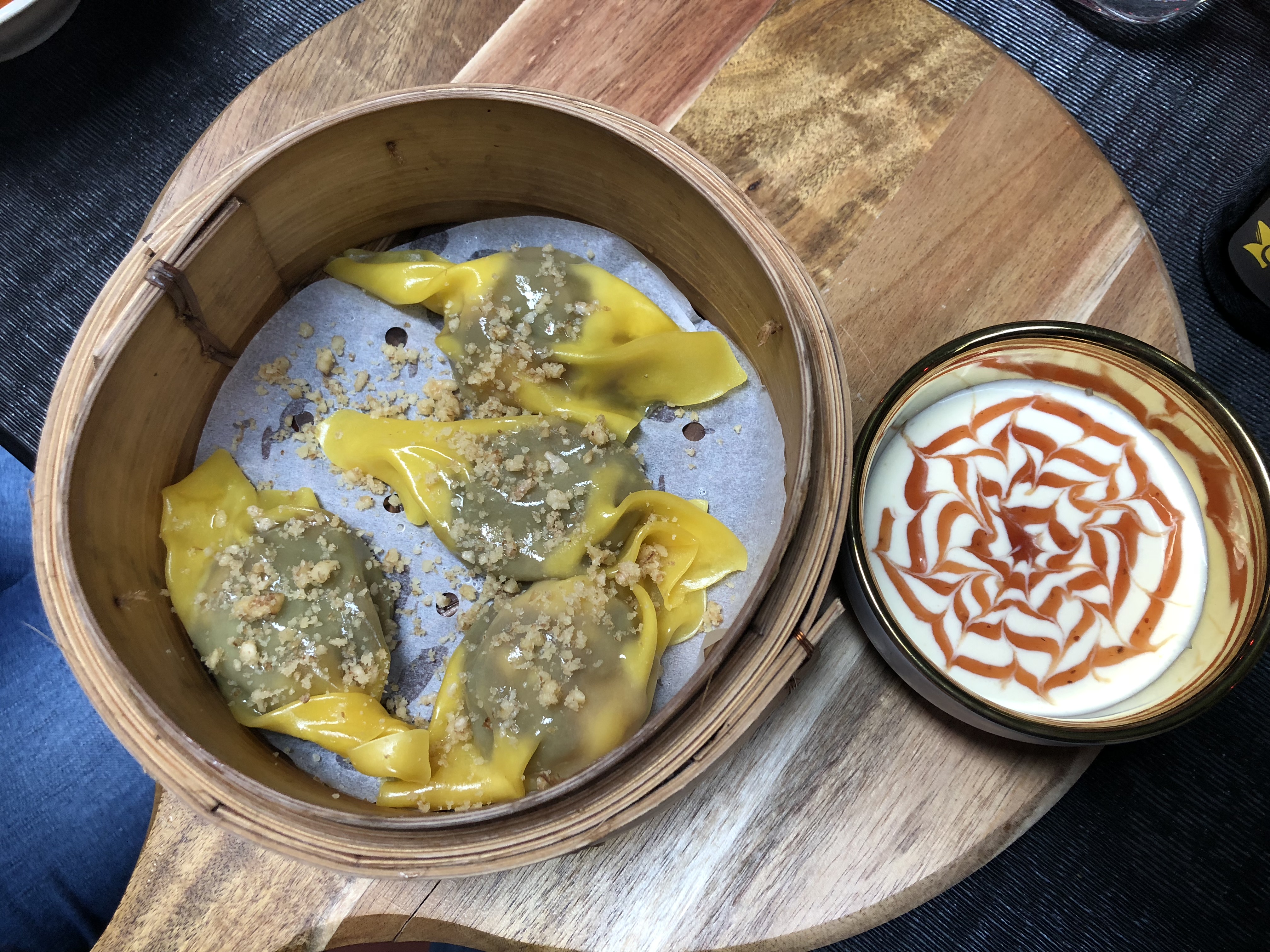 Eating here feels like you’ve been felled by a blow to the head with a cultural dissonance sledgehammer.

My dumpling-loving companion and I kicked off proceedings with a round of the cheeseburger, which were an instant taste transportation to doughy burger bliss. 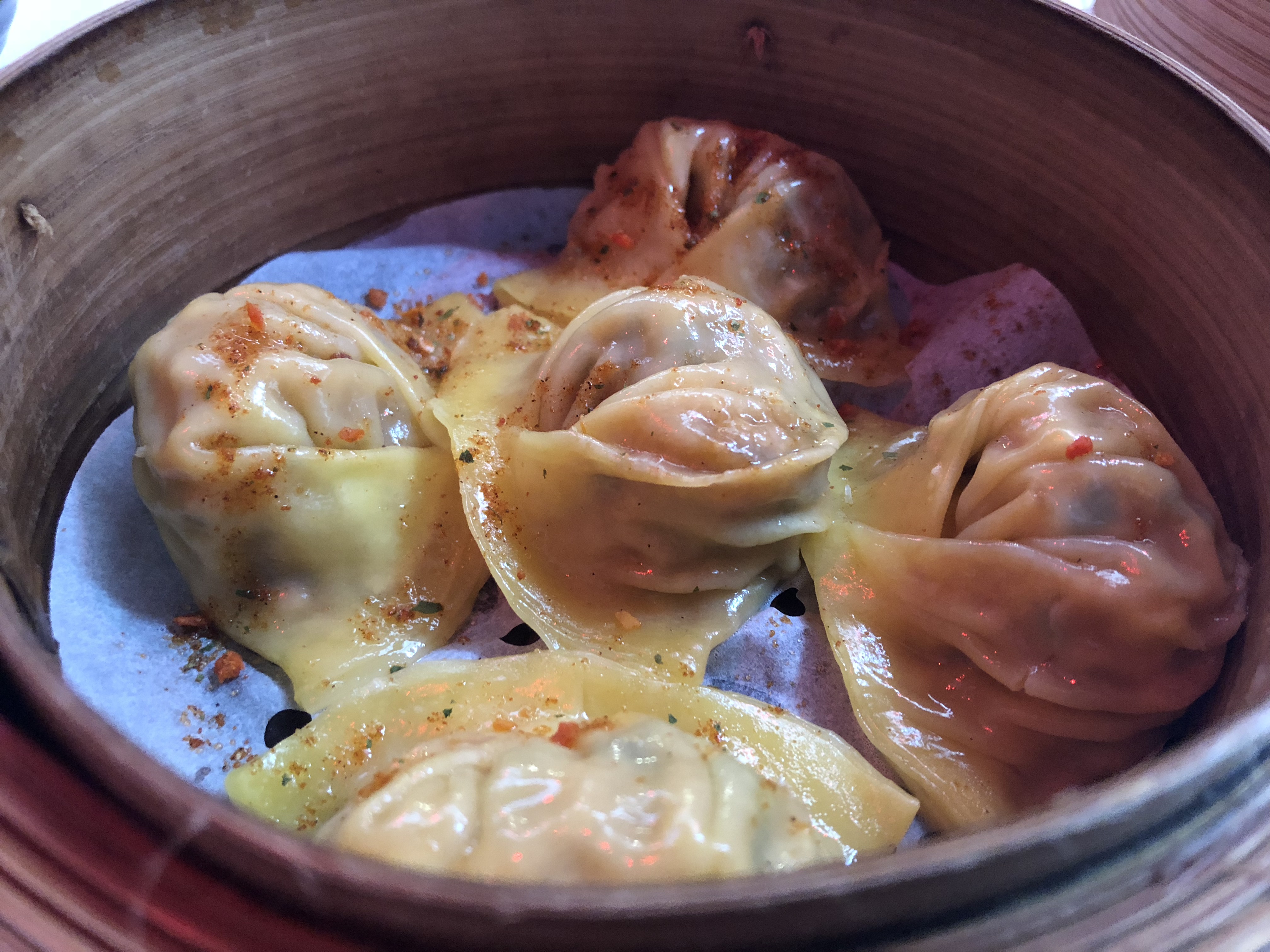 Chef Jeremy Raven has nailed the cheeseburger experience in dumpling form, right down to the tanginess of the pickle and the sesame seeds.

But make sure you scoff these bad boys down quick because if left alone they become sweaty and sticky and begin leak some of that lovely cheesy mincemeat when you attempt to pry them out of their bamboo house with a chopstick.

The fish and chips stuck to its brief but wasn’t entirely convincing for me. 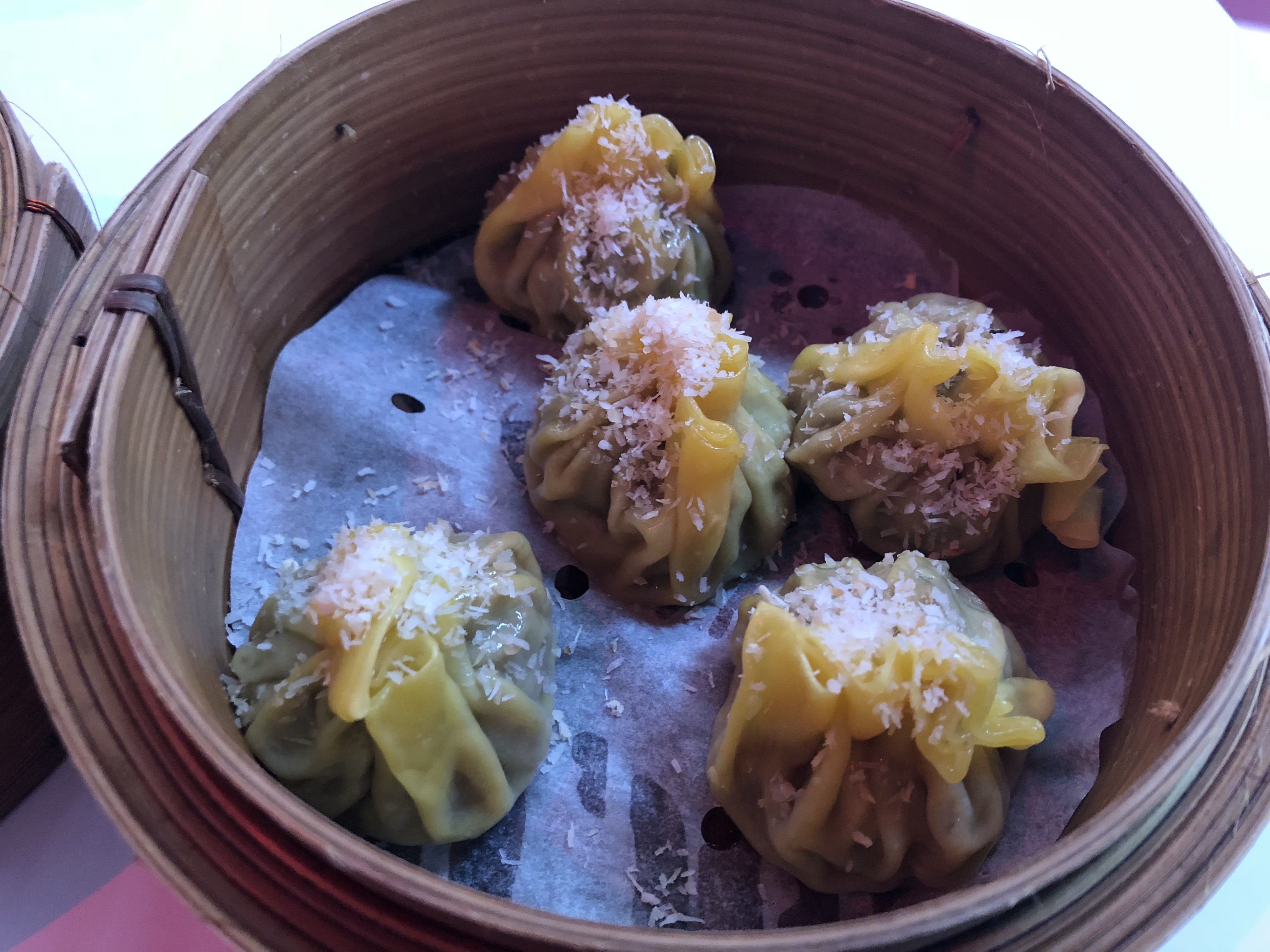 Much better were the mighty little chilli con carne dumplings where you can really feel that spicy, meaty, kidney bean kick.

Chicken laksa dumplings – made up of braised chicken, lemongrass, tamarind, coconut and vermicelli – were a piquant package of complexity.

While these little bundles do come precariously close to tipping into novelty territory, it is refreshing to see the Drumplings crew doing something a little more interesting than the bland, gaunt dumplings you can find at some establishments around town – the kind of dumplings that gets Ross’s dander up. Sweet tooths are well serviced here, too. If you’ve been good and eaten all your dinner, you’ll be permitted to peruse the dessert menu where Nutella and apple crumble dumplings make an appearance, alongside caramelised pineapple spring rolls.

And if the dumplings are a cause for curiosity, equally flummoxing is the fitout. Part tropical nightclub, part pop art gallery, the space looks as though a cat has swallowed a bunch of fairy floss and brought up the day’s takings – think lots of pinks and blacks.

That may sound like a slur but it’s not intended to be; the room oozes fun and cheekiness, which is enhanced by a bevy of welcoming staff.

Drumplings is a wonderfully wacky place for punters of all ages (I clocked a well-dressed woman around my grandma’s age bopping her head along to the beats of Snoop Dogg) to get a relatively affordable dumplings fix in the city (prices range from $8 to $12).

For dumpling lovers of Melbourne, and I know there are many, Drumplings is a place you should probably try at least once.

And for all you haters, like Ross, perhaps a bite-sized cheeseburger or a dollop of chilli con carne encased in a sticky skin may just be the thing to cure you of your dumplingaphobia.