Melburnians tend to go a bit batty over bowls of noodle soup.

Be it laksa, ramen or ubiquitous pho, scooping and slurping from giant bowls full of steaming broth has become something of a ritual in this city.

And for those who love nothing more than seeking out Melbourne’s most superior soups will be pleased to hear there’s a new player in town – and they’ve brought their A-game.

Go Noodle House is the latest Asian chain to wash up on Aussie shores (other recent arrivals include Hong Kong-style brasserie Tuan Tuan from Manila, Michelin-starred chicken canteen Hawker Chan and dumpling diner Tim Ho Wan) after bringing the house down in its native Malaysia. 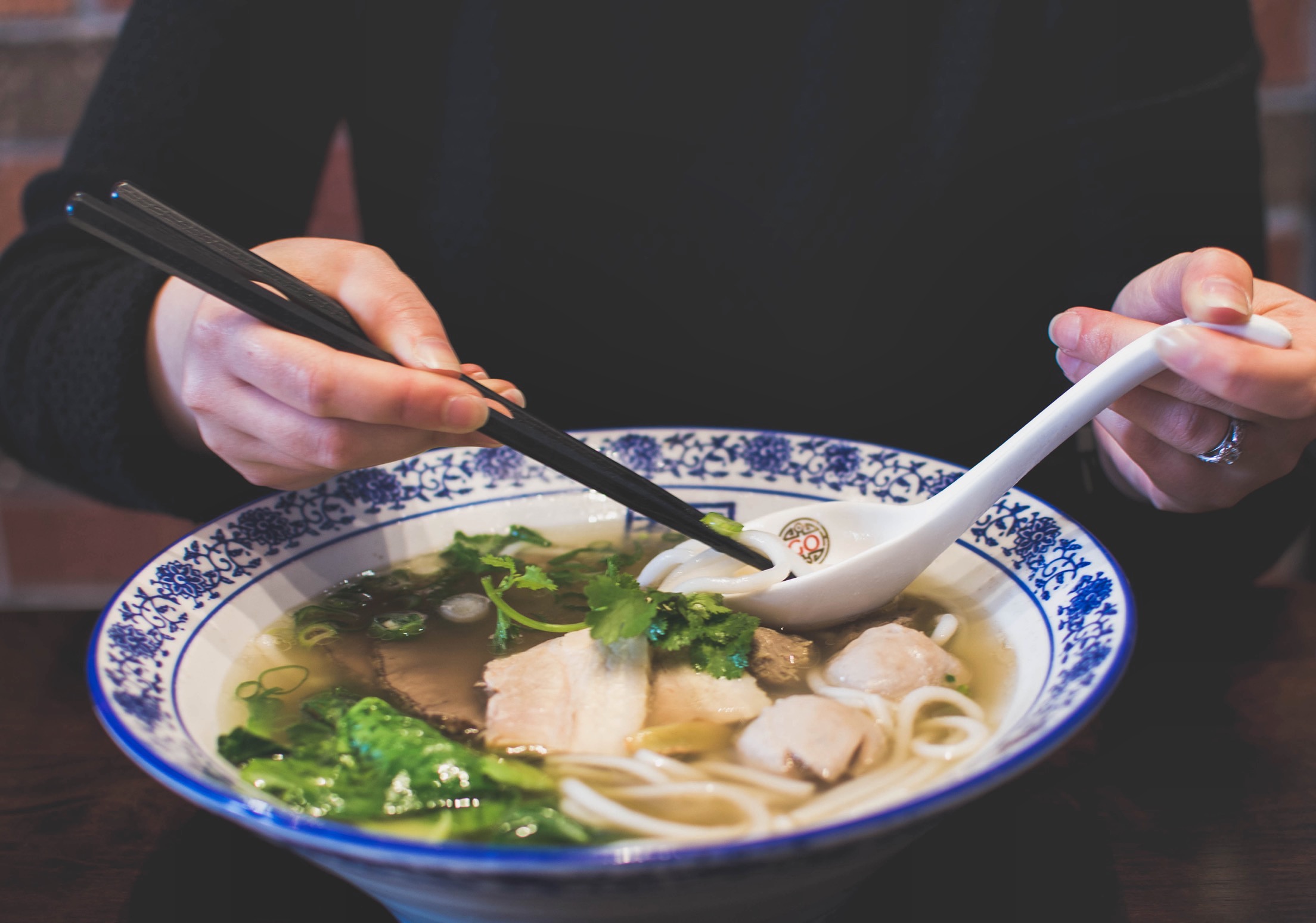 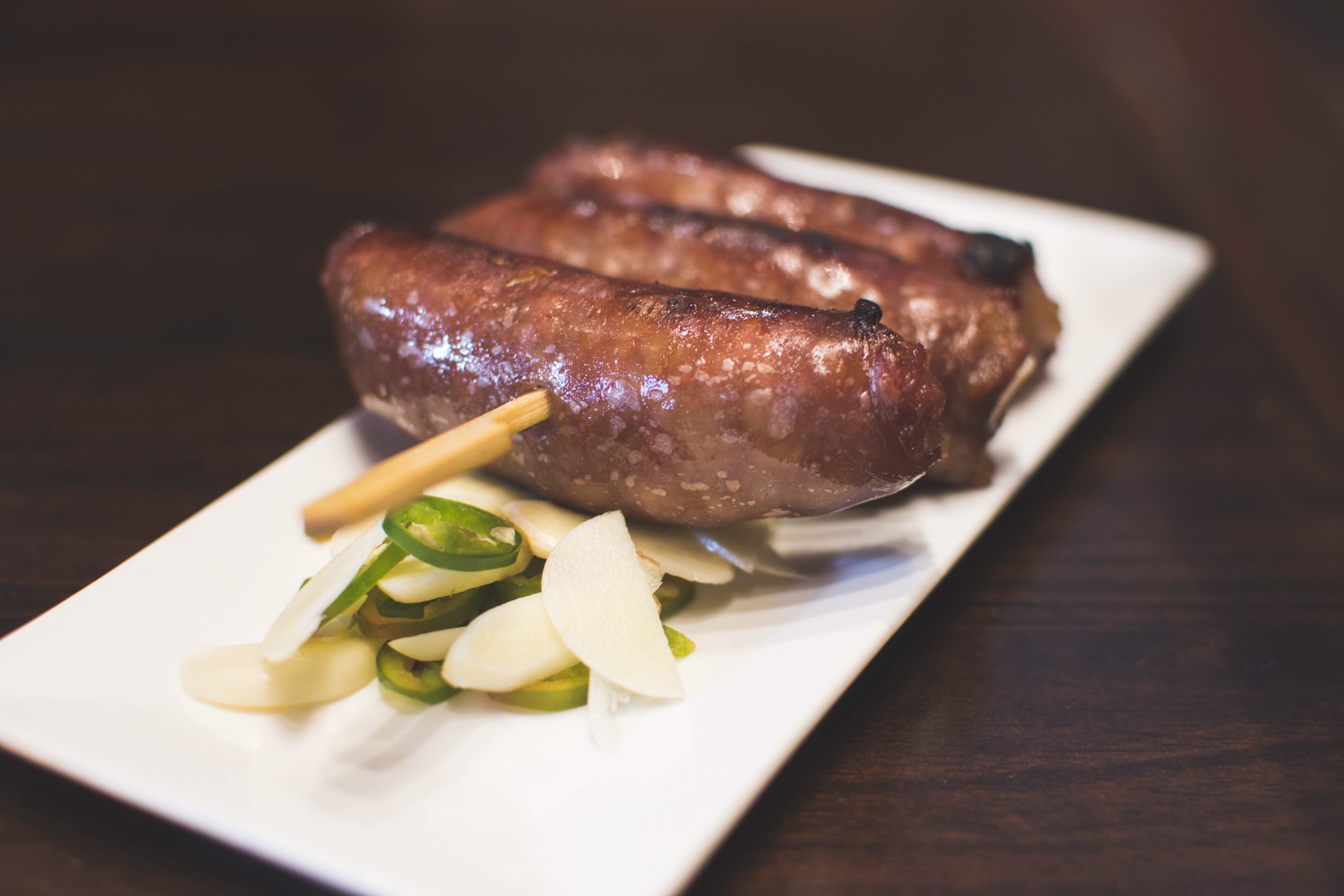 The Melbourne CBD branch of Go Noodle House is the first outside of motherland Malaysia but with the kitchen currently pumping out around 800 bowls of hearty soup a day you can be certain it won’t be the last.

The star of the Go show is a filling soup that has its origins rooted in the 17th-century Qing Dynasty. The story goes that Emperor Kangxi was touring southern China when he happened upon a shed by a lake full of plebs eating noodles and decided to crash the party.

He was so taken with the unique taste of the commoners’ noodle soup that he bailed up the chef and inquired about the recipe. But, being a supercilious old Emperor, he thought he could improve the soup even further by adding a good slug of rice wine. After chugging down his creation he declared his souped-up version of the dish to be “the best soup on earth”. 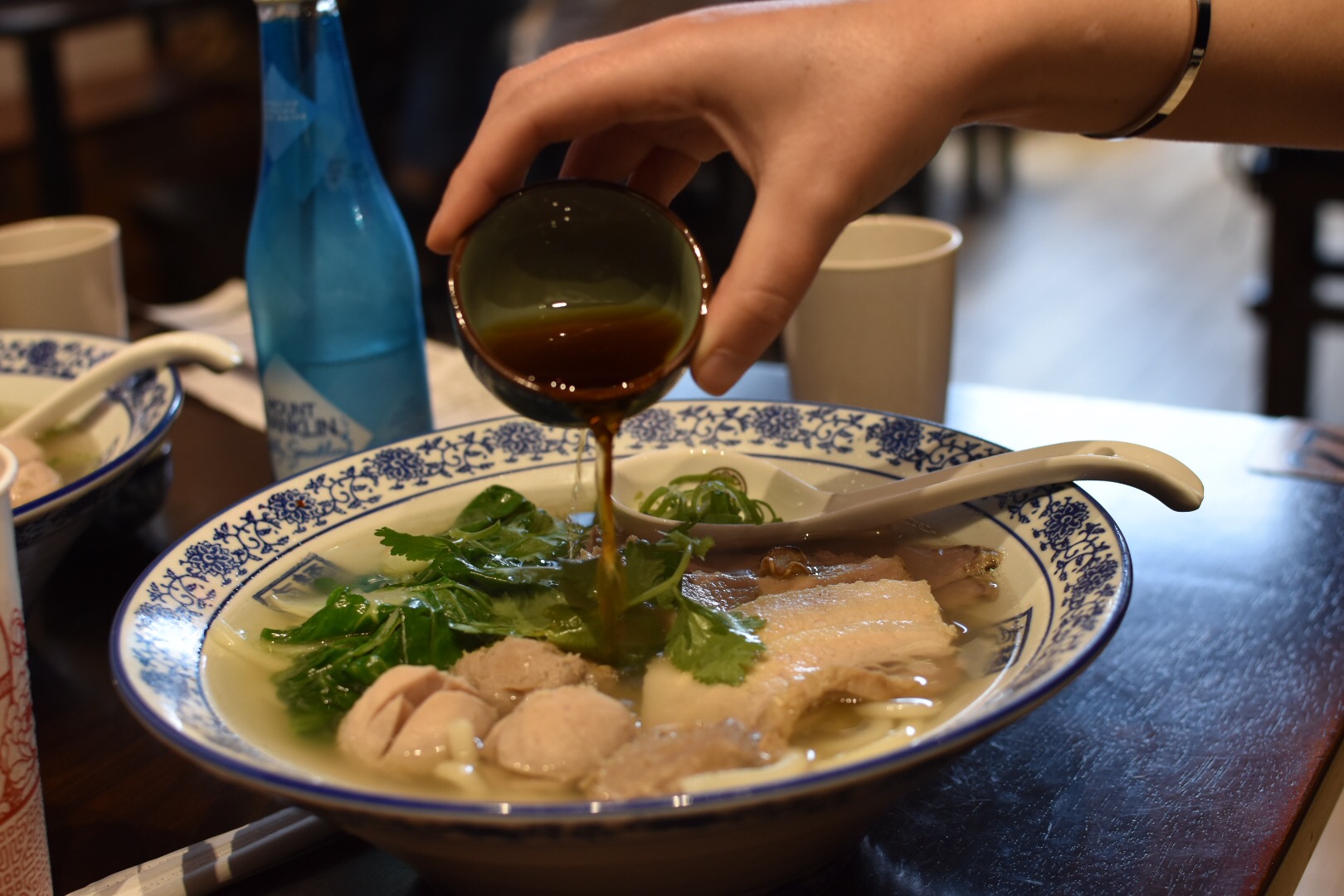 While this is no doubt an apocryphal tale, it is true to say the rice wine really makes this dish. Coming in shot form and sloshed in like a jagerbomb, the rice wine adds a sweet-sherry level of flavour that gives this beast of a broth its bite.

Also tasty is the hot and sour house-made pan mee noodle soup, which looks like a runny, rust-red poke bowl complete with handfuls of dried anchovies, minced pork, fried onions and greens. The broth is spicy but not overwhelmingly so, and the presence of vinegar adds a flicker of sourness. 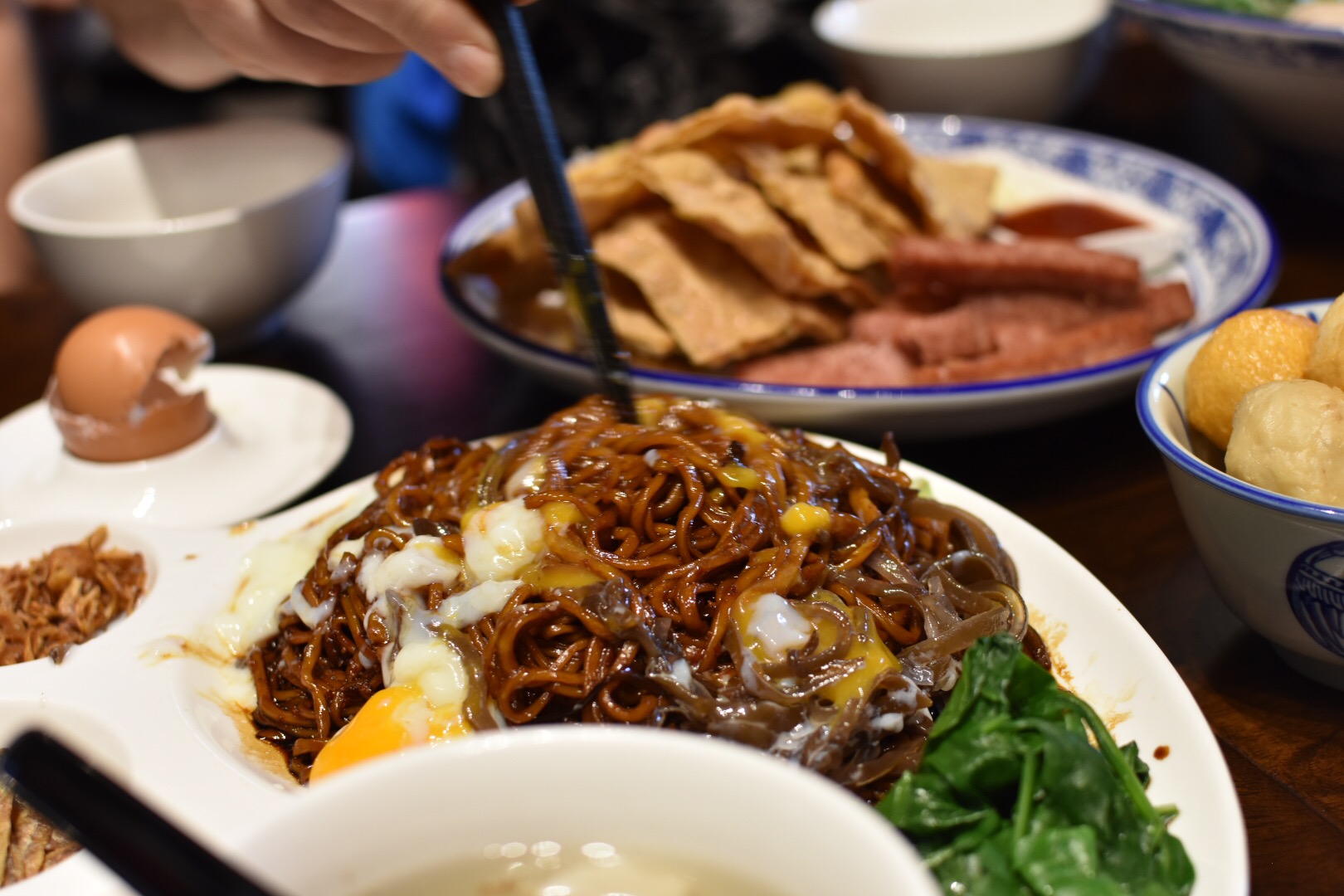 If you don’t fancy a soup, go for the popular black and sticky pan mee with special dark sauce, which looks like Asian-style spaghetti bolognese. 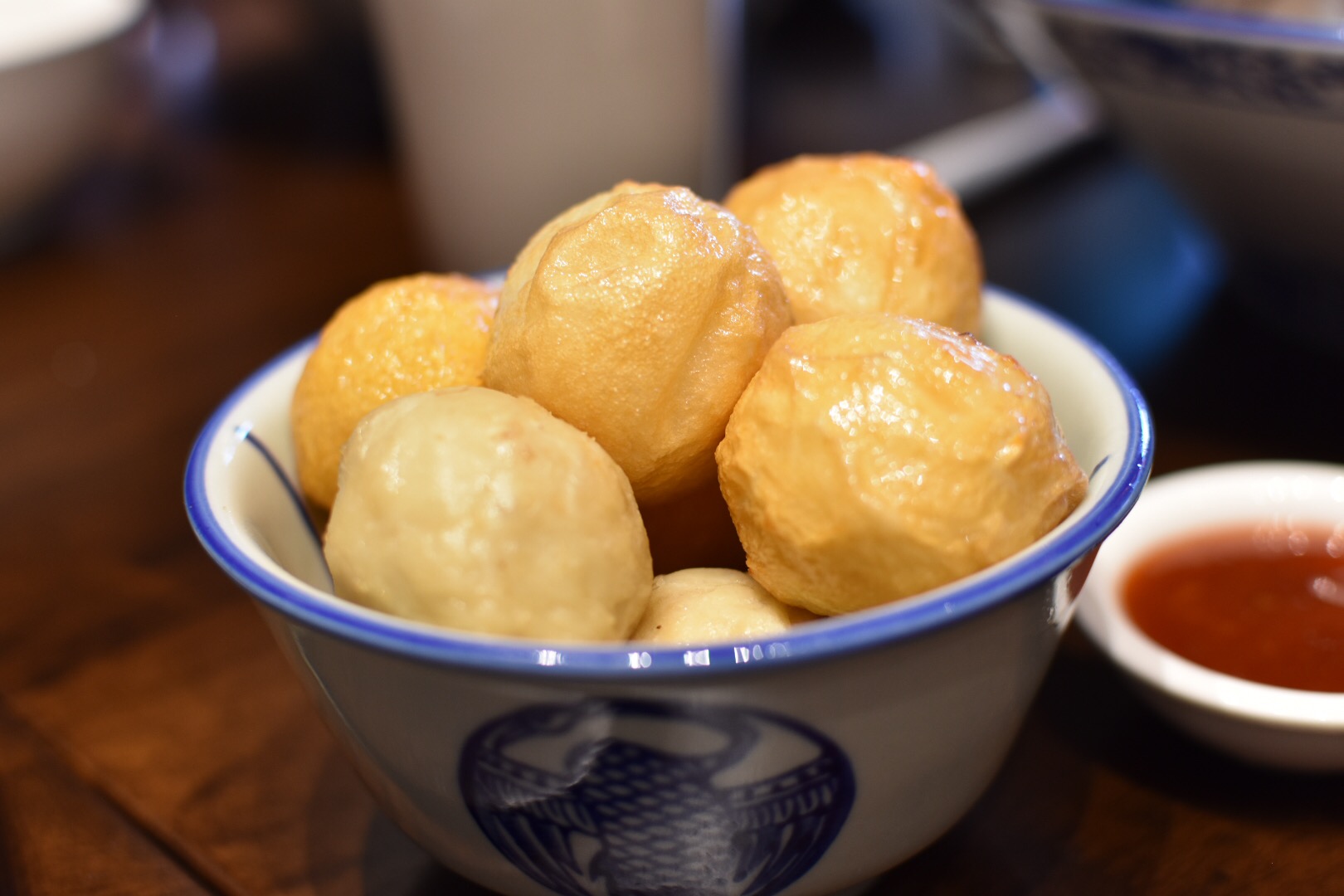 While “best soup on earth” status might be up for debate, there’s no doubt Emperor Kangxi has created something memorable.