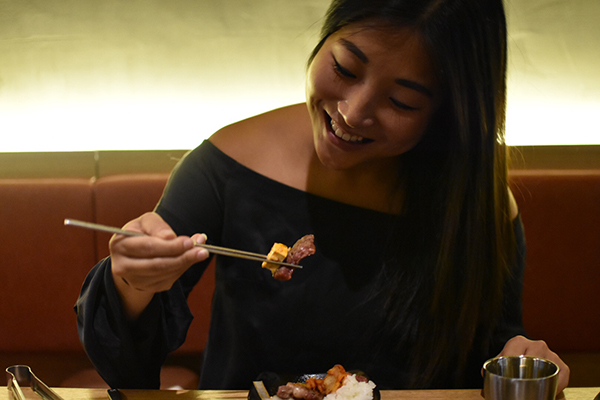 “Peace on the Peninsula”, trumpeted the media last week as the leaders of North and South Korea met in the demilitarised zone, amid a flurry of smiles and hugs, to discuss the prospect of holding the mother of all family reunions and binning those pesky nukes.

Could it be so? Are we about to witness these two nations kiss and make up after decades of spats and threats of annihilation?

So in the spirit of this new-found bromance and fuzzy talk of reconciliation, I sent 3AW Breakfast’s resident Korean, Kim Soo-Jeong, aka Mikkayla ‘Rex’ Mossop, a text to see if she was keen to explore her roots over a spot of Korean barbecue.

You see, our Rex was born in South Korea but was adopted by a Newcastle family and brought to Australia as an infant and, never having set foot in the country since, doesn’t know a great deal about her birth nation. 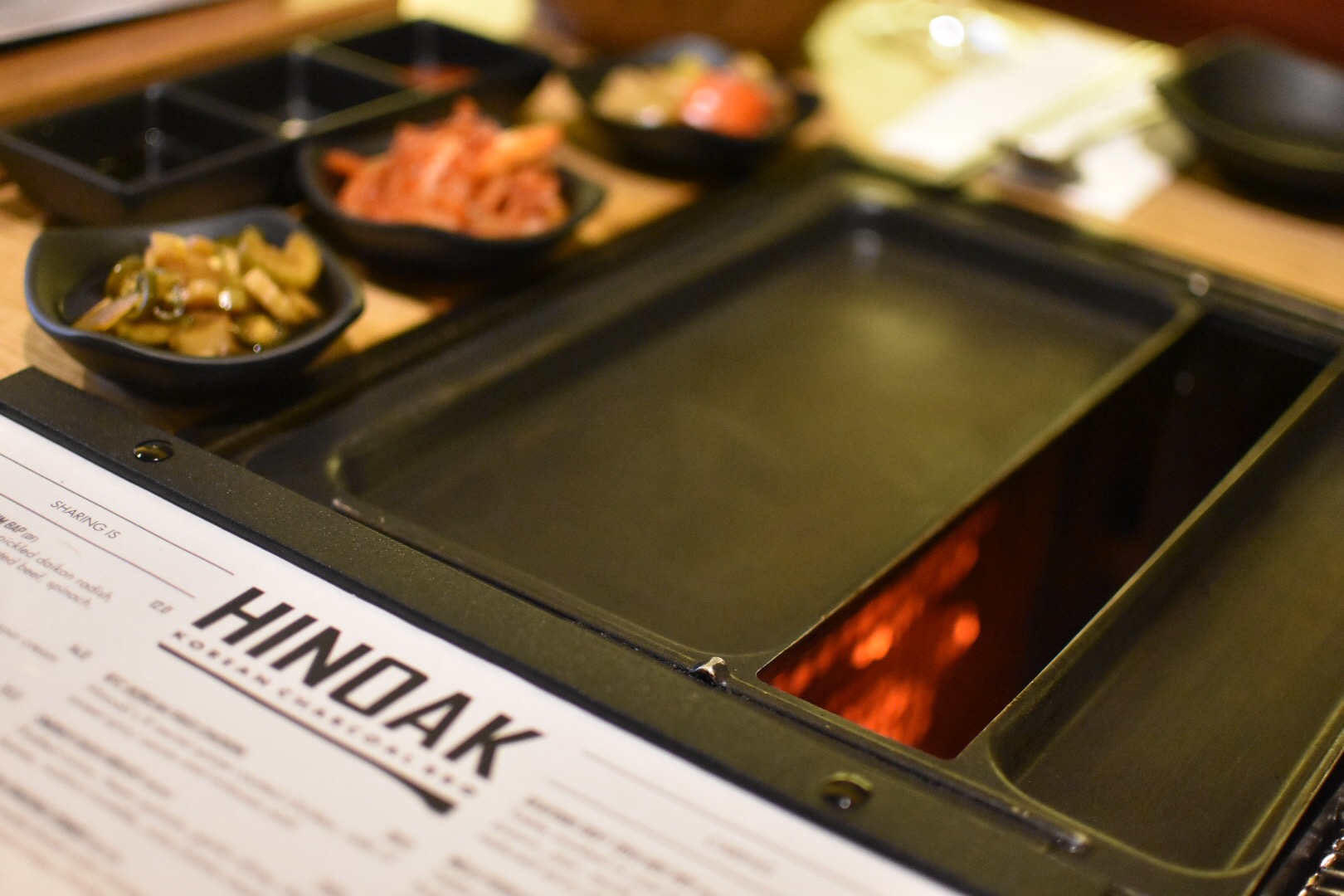 And so it was that we found ourselves in Glen Waverley’s Hinoak, scrutinising both the custom-built hot plate sunk into our thick timber table and the items on the menu shortly about to populate it. 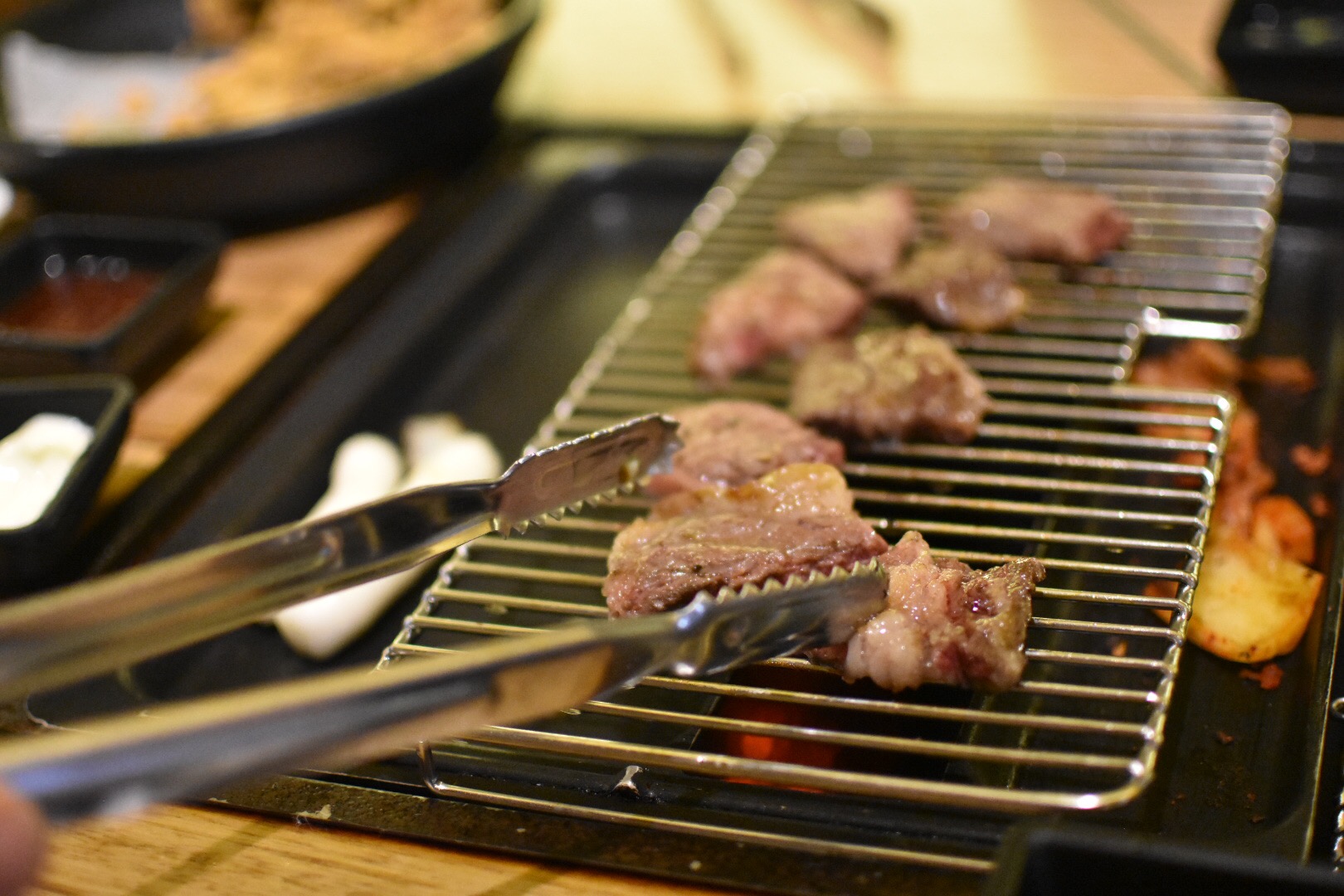 Hinoak is a cracker – a celebration of Korean-style marbled and marinated meat and the conversations you have with family and friends while barbecuing it.

The restaurant itself is utterly striking; the wooden-slatted façade is a thing of architectural beauty, one of the most stylish entrances in Melbourne, and a fitting welcome.

You kind of get the feeling that the bitter barney between Pyongyang and Seoul would have thawed sooner had Kim Il-sung or one of descendants sat down and talked some tish with the South over Korean barbecue because this is food that is highly conducive to good vibes and feelings of mirth.

After the meal our bellies were glowing as brightly as the charcoals responsible for bestowing on us this tender, flavoursome meat.

But let me go back a step.

There are plenty of other items on the menu – Korean fried chicken; seafood hot pot; smoked duck breast with pickled onion, shiso leaves and yuzu ponzu sauce, just to name a few – but it would be almost unthinkable to come here and not fire up your table’s barbie.

Order one of the BBQ sets, or on a per-serve basis from a laundry list of meats, and your easy-going and chatty waiter grills it right there before your hungry eyes. 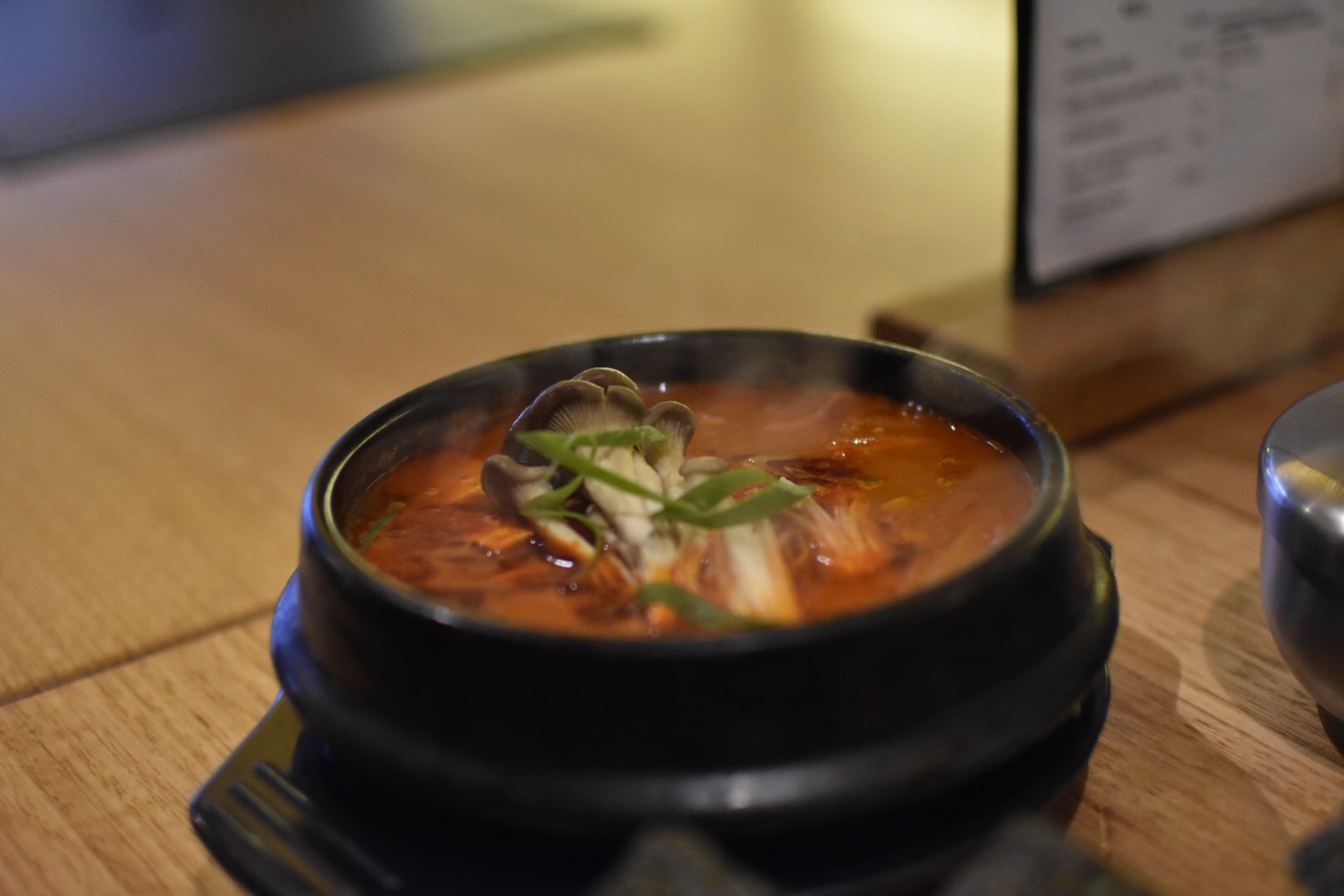 To get the barbie started, enclosed trays of coals are lowered with care vertically into a cavity in the table. 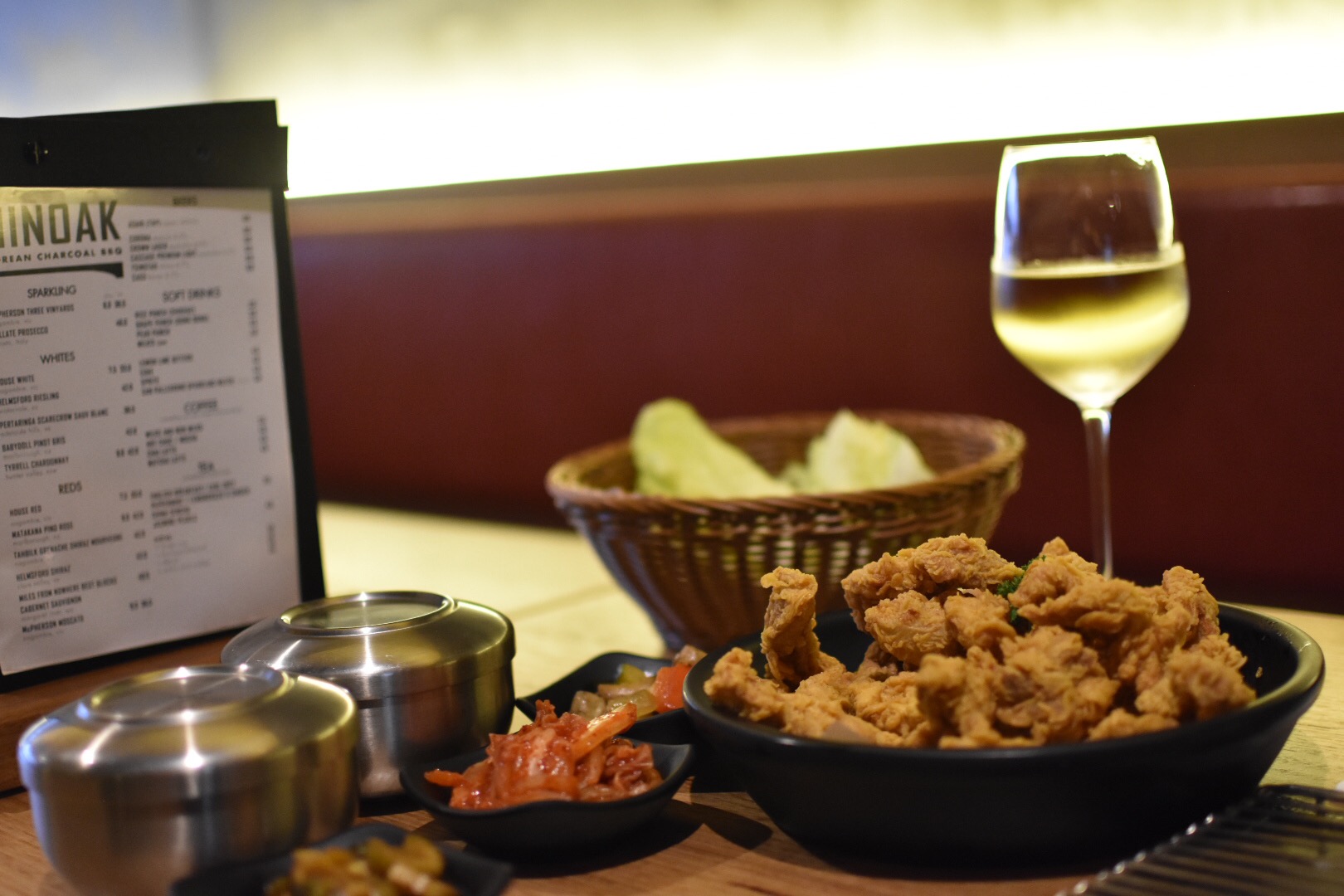 The meat is cooked vertically too, reducing the smoke and the risk of being spat at by the fat. 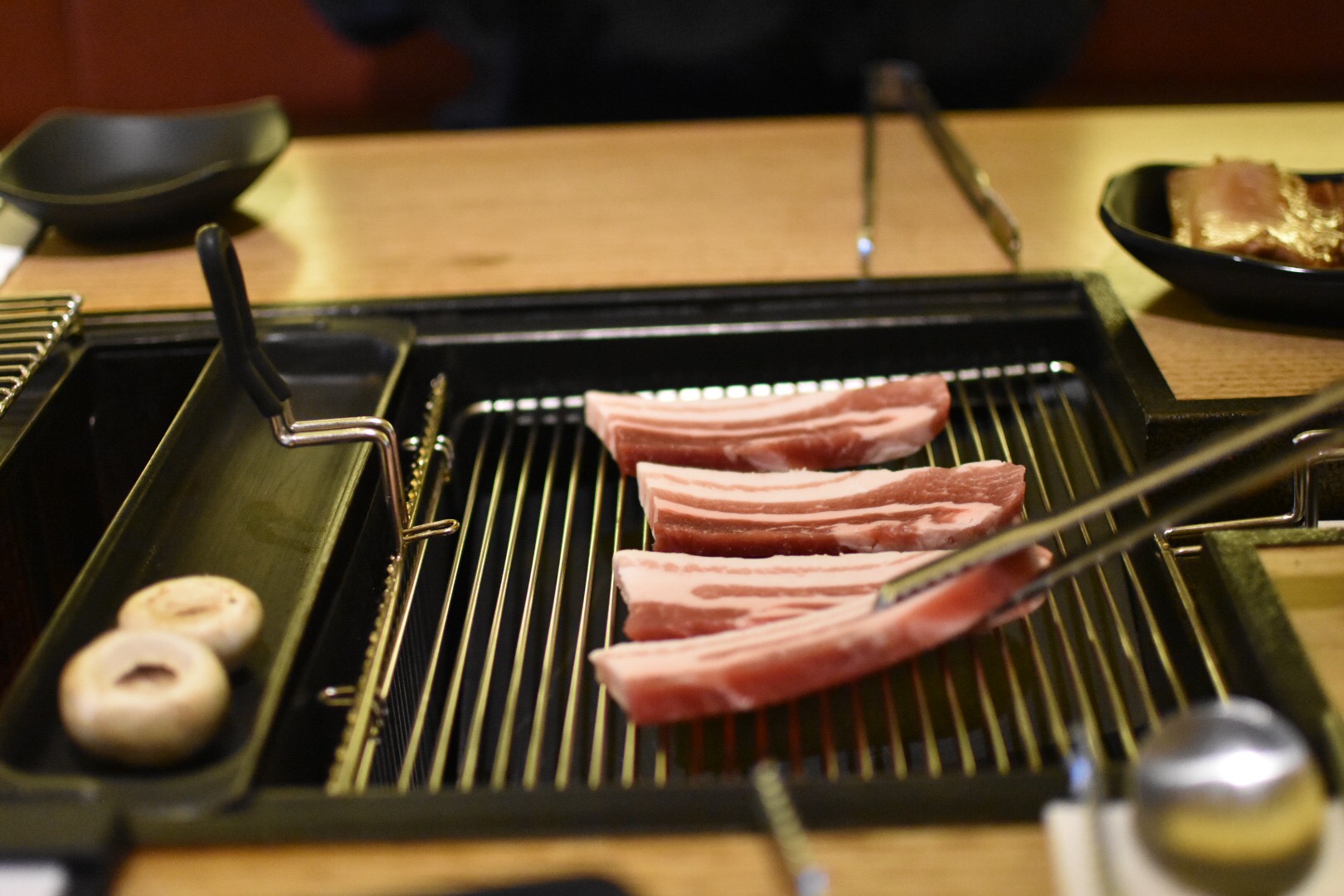 I asked the waiter if he’d ever burned himself: “Oh hell yeah,” he said. “Heaps of times. Check out these arms.”

The skin on his arms had laid down its life so I could enjoy some damn good k-bbq and, for that, I salute you, good sir.

Once the protein is cooked, sliced and served, a free-for-all of meat, spicy kimchi, chilli, vegetables and rice ensues. 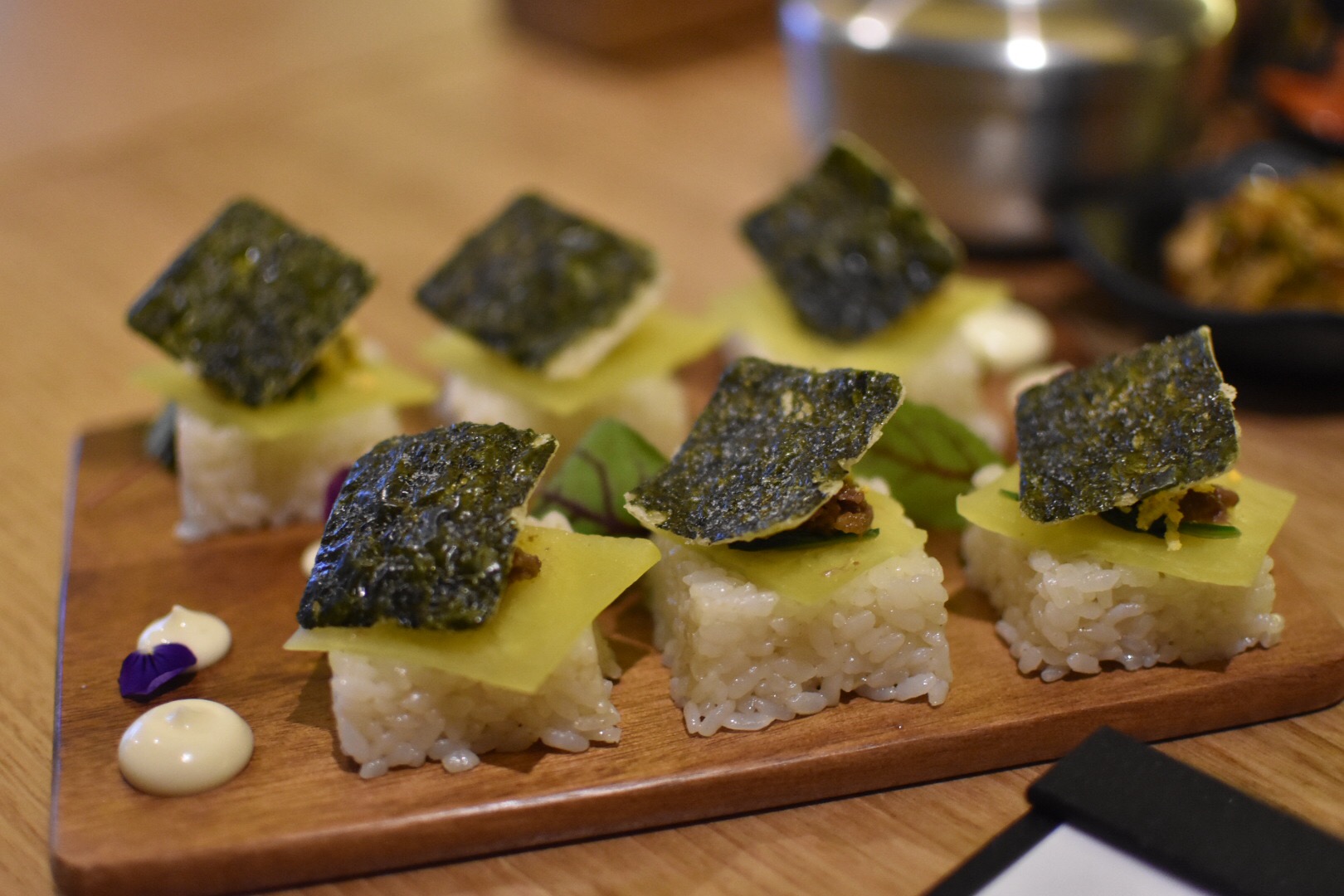 Hands and tongs fly everywhere in a delicious, dizzying blur as you load up your bowl with piles of goodness.

This is fun dining for all the family.

Rex is known for having a monster appetite but neither of us left wanting more as the last of the ribs was placed on the rack to keep warm.

The spread really hit the spot, unlike one of Rocket Man’s ICBMs. 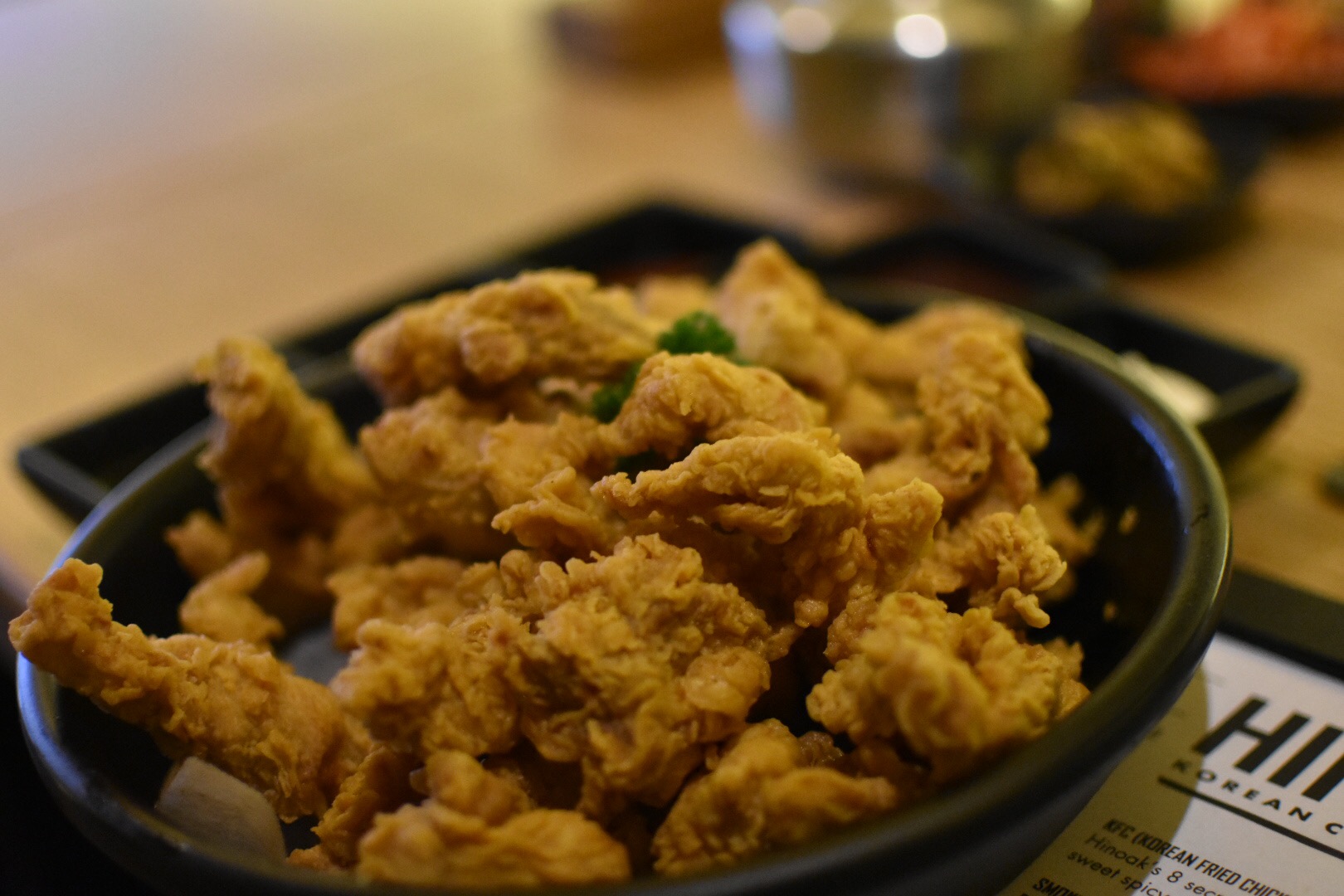 And the meal appeared to have a lasting effect on Rex.

“That food made me proud to be Korean,” she told me as we pootled our way down the Monash and back to the city.

North Korea describes its nuclear arsenal as its “treasured sword of justice”.

Hinoak’s unique-to-Melbourne smokeless barbecue is its treasured weapon. So when it comes to coaxing people to the table for talks, I reckon the grill is mightier than the sword. 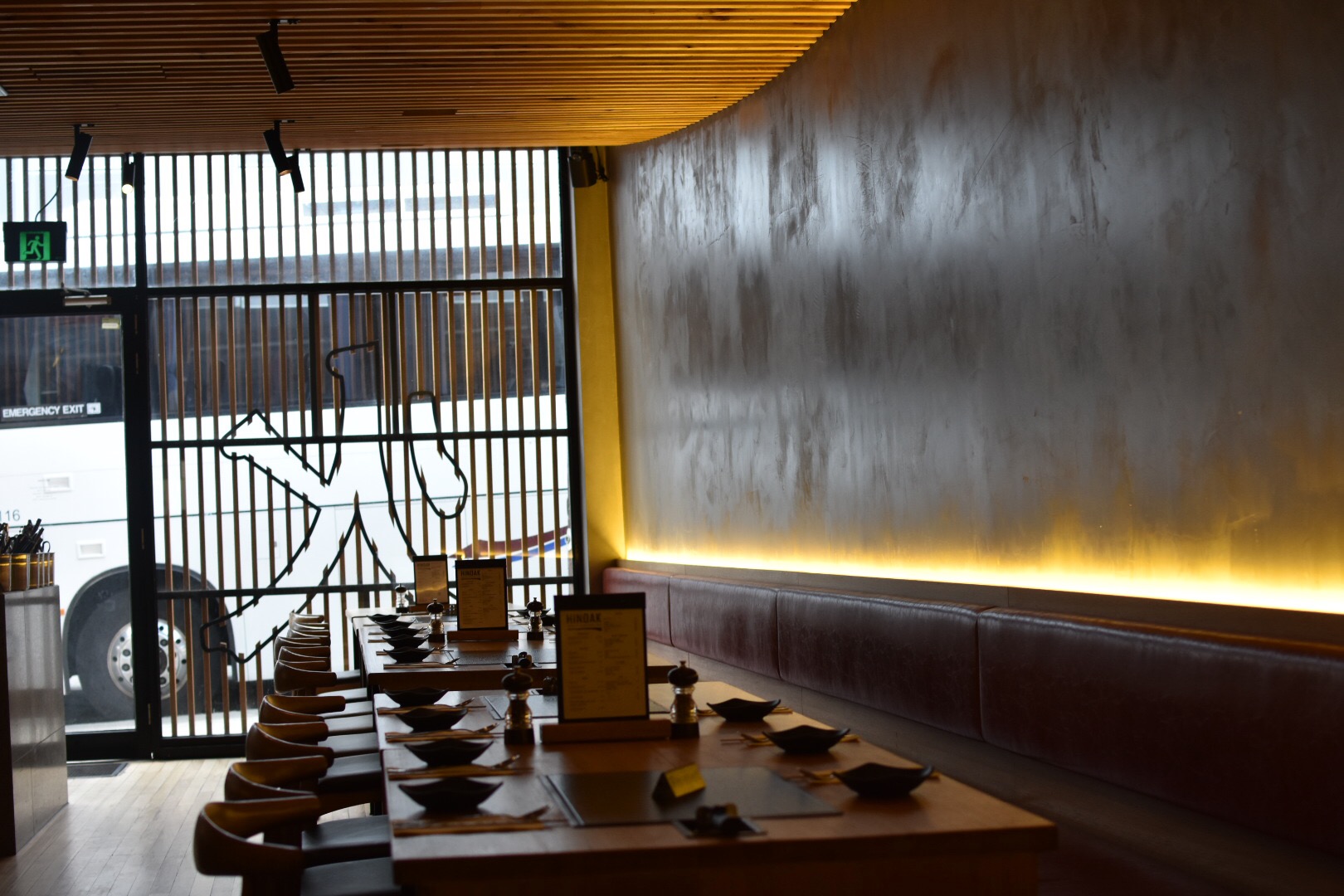