It’s enough to make booze hounds leap in the air with joy.

Those with a penchant for getting on the gas early on in the day will be welcomed with open arms at Warrandyte alehouse-cum-eatery It’s 12 o’clock somewhere – the name of the restaurant referring to the fact that it’s midday somewhere in the world and therefore an acceptable time to drink.

But hold up, put that shot glass down for a wee second.

Have the good folk here taken it upon themselves to advocate for a new permissible time to hit the hooch?

Well, if that’s their aim then it’s a-ok with me, I nod approvingly to myself as I sit in a comfy booth, shortly after midday, contemplating which beer to order for my second pint.

I settle on a crisp hazelnut-flavoured ale from Cheltenham-based brewers Bad Shepherd – local craft beers on tap are the name of the game here.

But even teetotallers and those ambivalent towards post-brekky bevvies will enjoy a visit to this oasis of fun grub and good vibes in the leafy east. (I’d never been to Warrandyte before and what a blimming good spot it is to spend the afternoon! My dining companion remarked that it felt like we were on holiday, away from Melbourne, and, even though it was a gloomy day, found it hard to summon the enthusiasm to leave.)

The lunch and dinner menu is populated by stocky, well-upholstered meat options, a great selection of woodfired pizzas, and attention-grabbing share plates, such as spiced lamb ribs with peanut and chilli caramel and spiced buffalo wings with a firey house sauce. 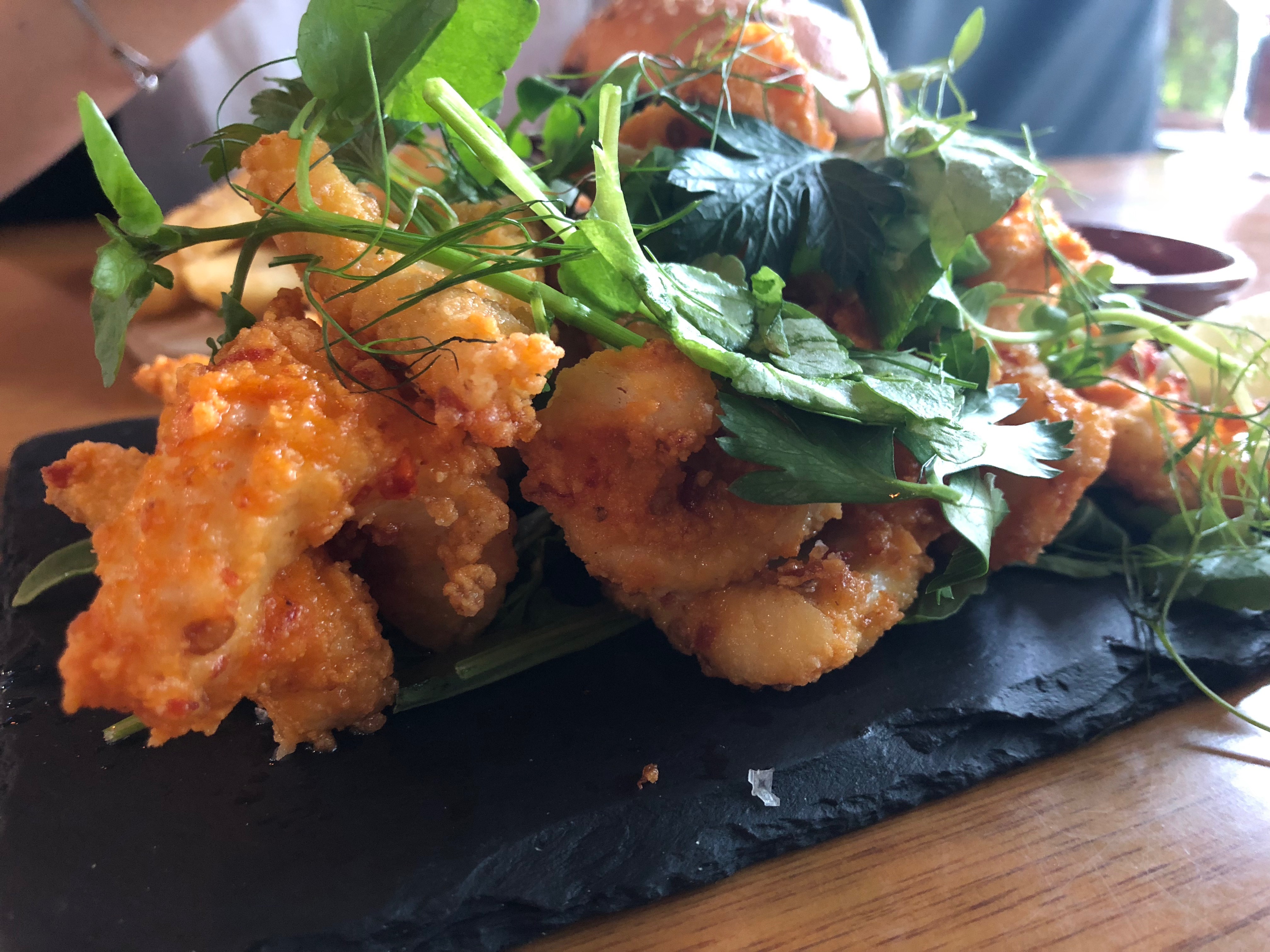 The sambal spiced calamari, blushing red and rosy like a nervous teenager, was scoffably tasty; the lamb neck burger is the chef’s take on a pulled pork sandwich, where lamb is slow cooked for four hours and covered in a sweet and sour glaze. 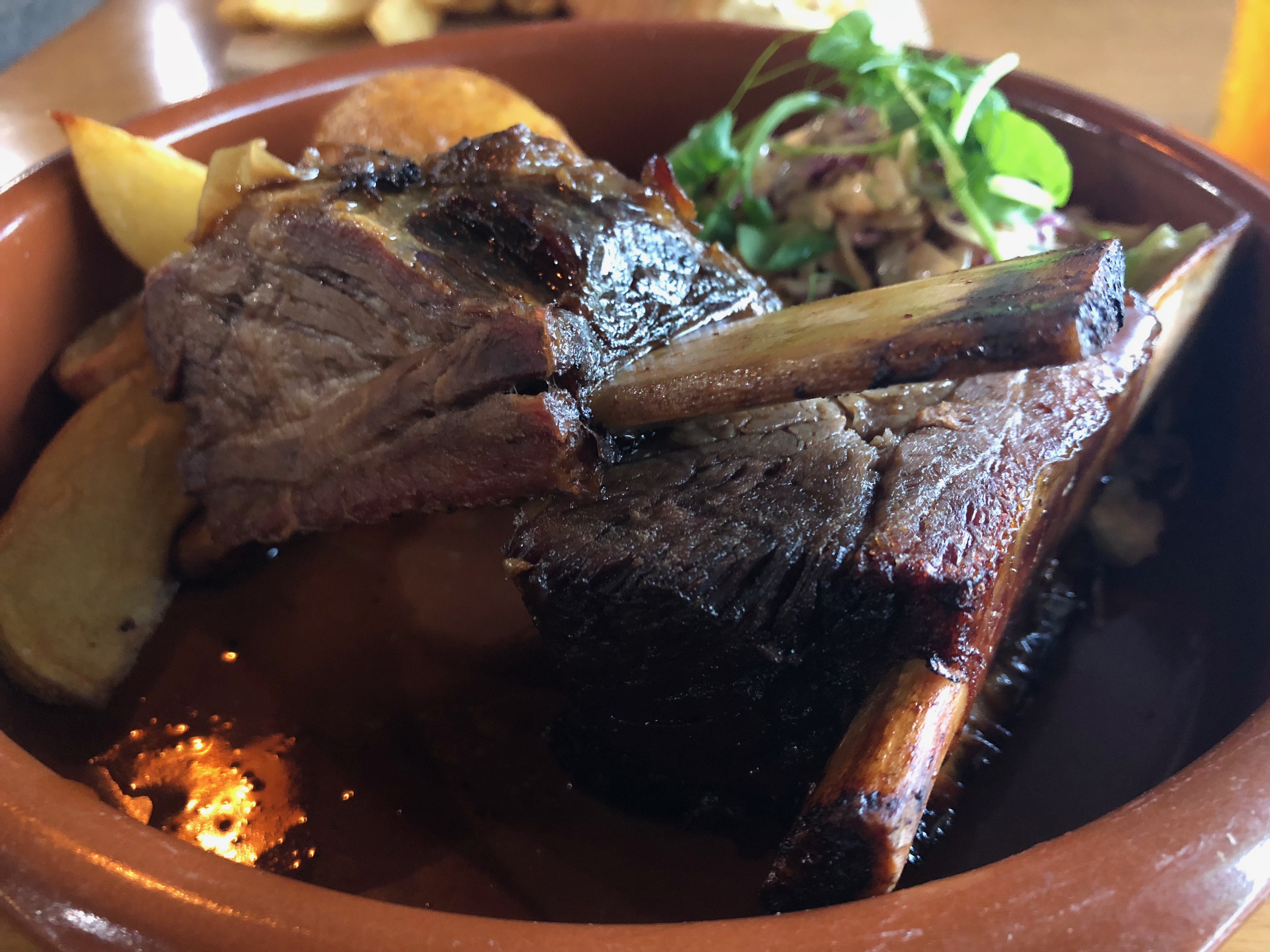 The brachiosaurus-sized Jacob’s Ladder beef ribs feel apart like England at a World Cup and tasted just as good. Cape Grim beef is marinated in life-giving ale for 16 hours and then smoked for eight hours in the New Orleans smoker and served with fluffy wedges and apple and celery slaw. A rip-roaring hunk of meat to mop up all that Melbourne-made amber liquid you’ve previously enjoyed.

And this is a place where enjoyment flows easily. A good booze barn with satisfying food on the green fringes of Melbourne.