Can you hear that hubbub of lip-smacking, laughter (sorry, lolz) and levity emanating from just north of the CBD?

That’s the sound of Leonardo’s Pizza Palace, a new, popular American-Italian pizza joint in Carlton that’s as cool as a record night at Bobby Cannavale’s place and as bustling as Bec Judd’s freebie box.

The compact menu – four pasta dishes, eight pizzas, salads and appetisers – greets diners with a bold claim, that it’s “what dreams are made of”, and there’s no denying the food takes punters on a hallucinatory trip.

The out-and-out showstopper is the Chinese bolognese and fior di latte pizza, a distinctive salty and spicy edible success story. 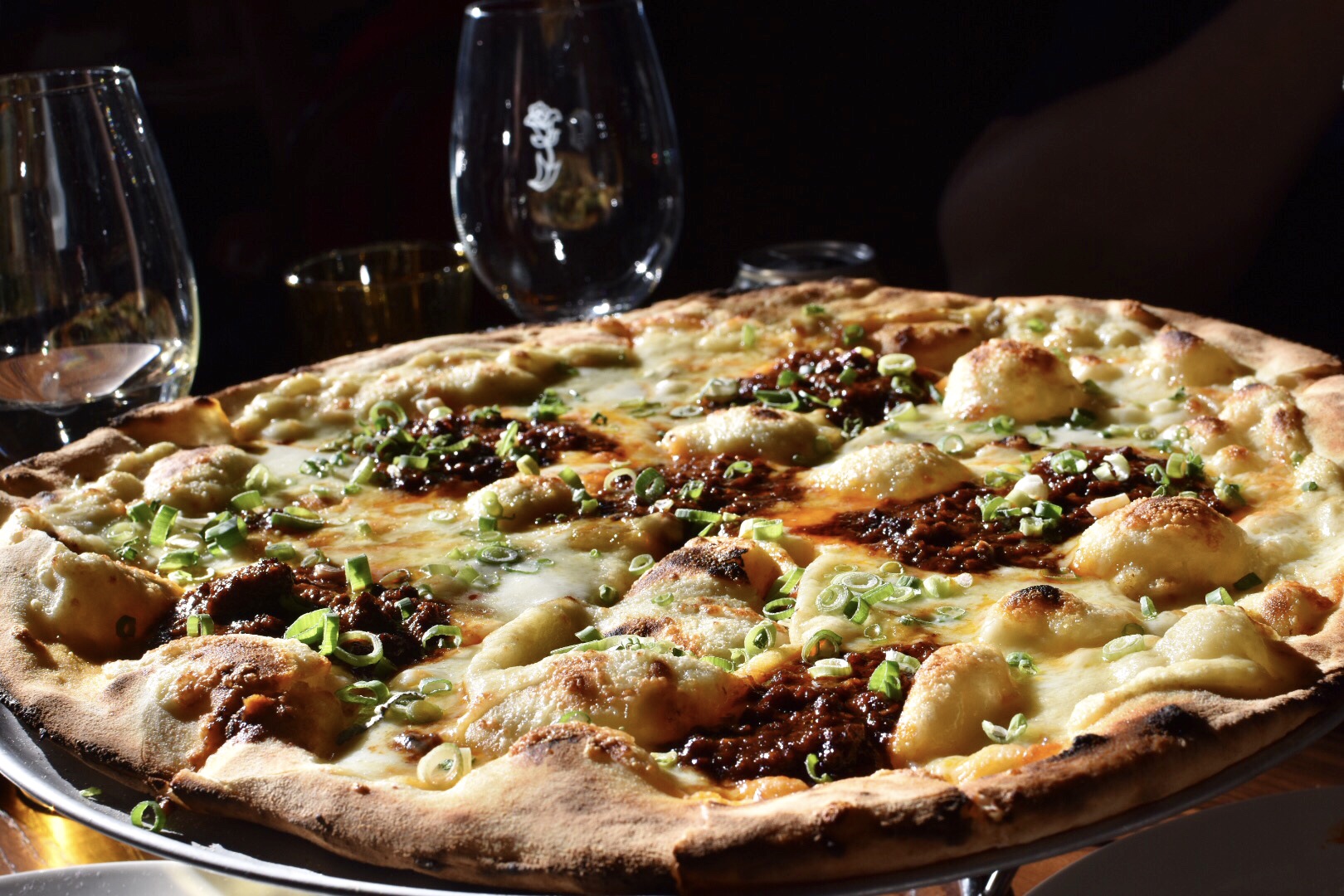 But don’t stress if you’re a fan of the classics, as pepperoni and ham and pineapple also make an appearance.

More humble than palatial, the fit out goes big on wood panelling and pictures of Frank Sinatra and Sophia Loren chowing down on bowls of spaghetti, a nod to the building’s 20th-century history.

Leonardo’s is housed in what was, since the 1960s, a daggy but delightful old-school Italian diner called La Cacciatora, aka Pizza By The Metre (my 3AW mates and I spent a lot of our youth here. It was our go-to meet up spot for post-program catch-ups). 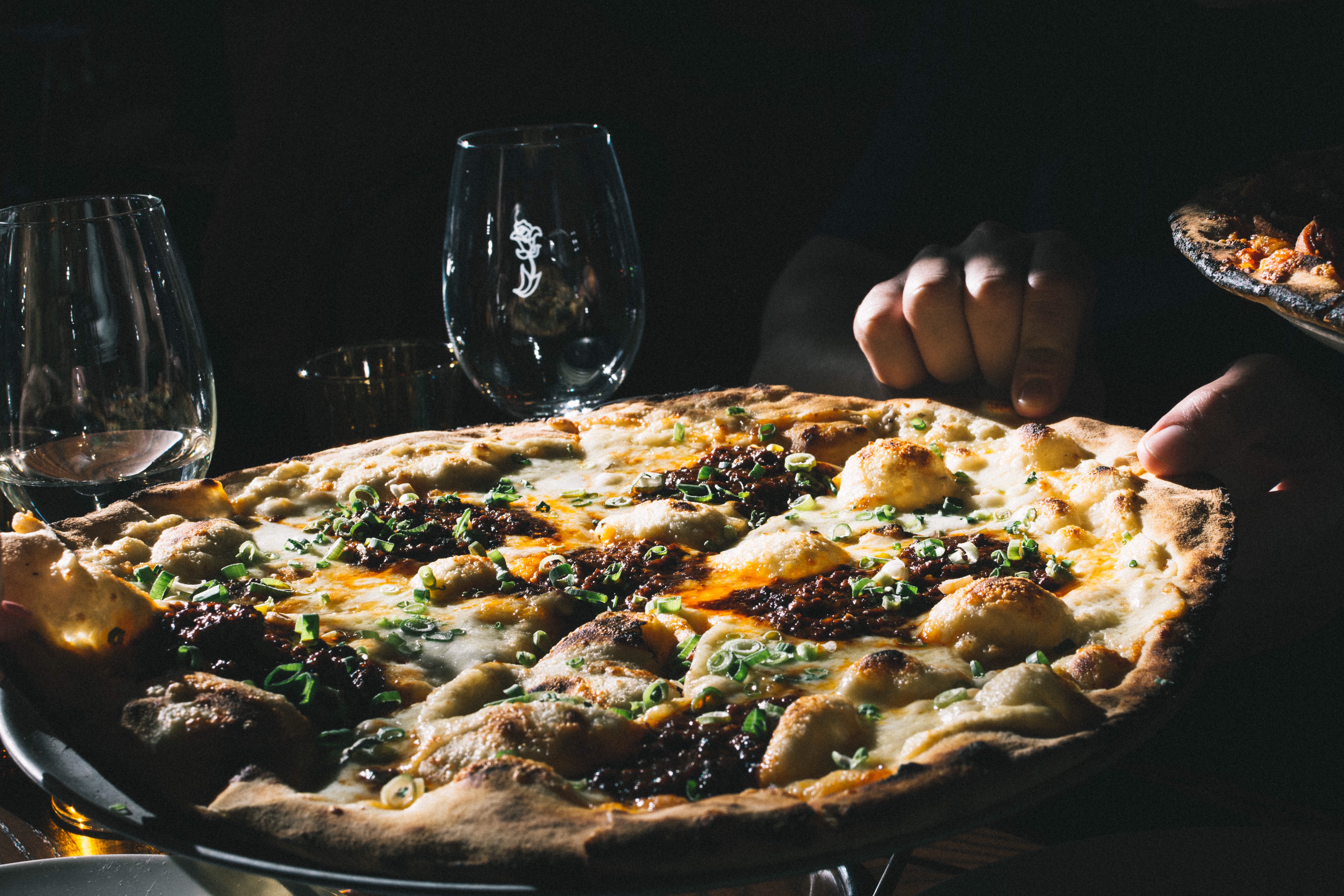 Having said that, the crowd was fairly mixed on the Friday night we went. 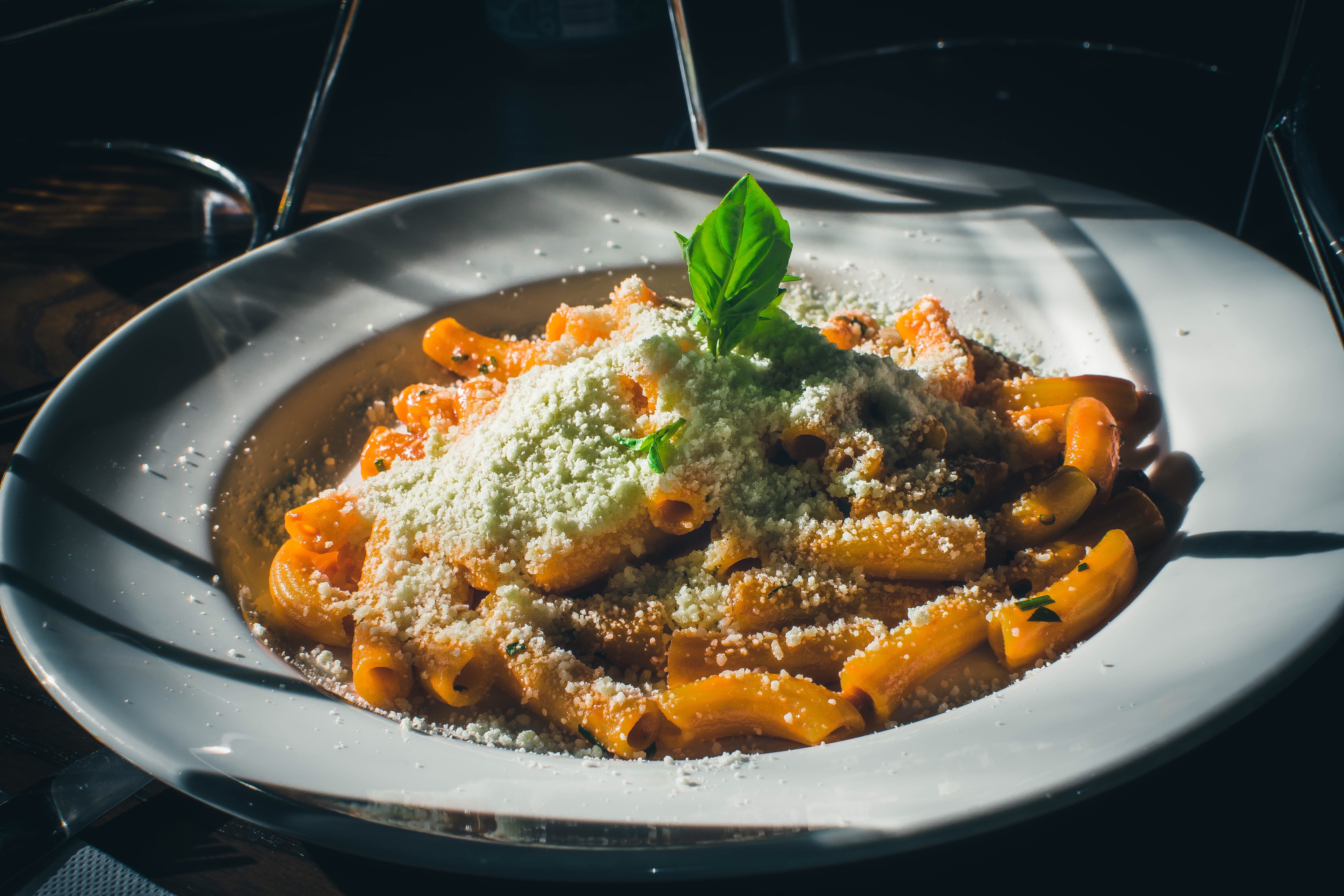 Service-wise, the hip staff were either a little churlish or just millennial, I’m still trying to figure out which. But the excellent food acts as the perfect antidote to any service foibles.

With Ramblr chef Nick Stanton the driving force behind this den of dough, Leonardo’s feels like it will be a major player in the ongoing Renaissance of Carlton.

Leonardo’s Pizza Palace has a dash of NYC dining culture, and is anchored around simple Italian fare, but the result is a restaurant that feels distinctly Melbourne.