If cooking spicy food was an Olympic event, then Aussie-born, Thai-maestro chef David Thompson would be a record-breaking gold medallist.

He’d be the Michael Phelps of the chilli world.

He’d probably be given a nickname with alliterative flair, like the “Bird’s Eye Bandit” or something similar. But, alas, that Olympic discipline doesn’t exist, so David will have to settle for the unofficial ‘world champion of chilli’ title I’ve just bestowed on him.

So if you are someone who likes it hot and you are in the mood to have your knackers blown off by some tantalising Thai, then may I suggest you trot on down to Long Chim at Crown, David Thompson’s street food-focused house of heat. 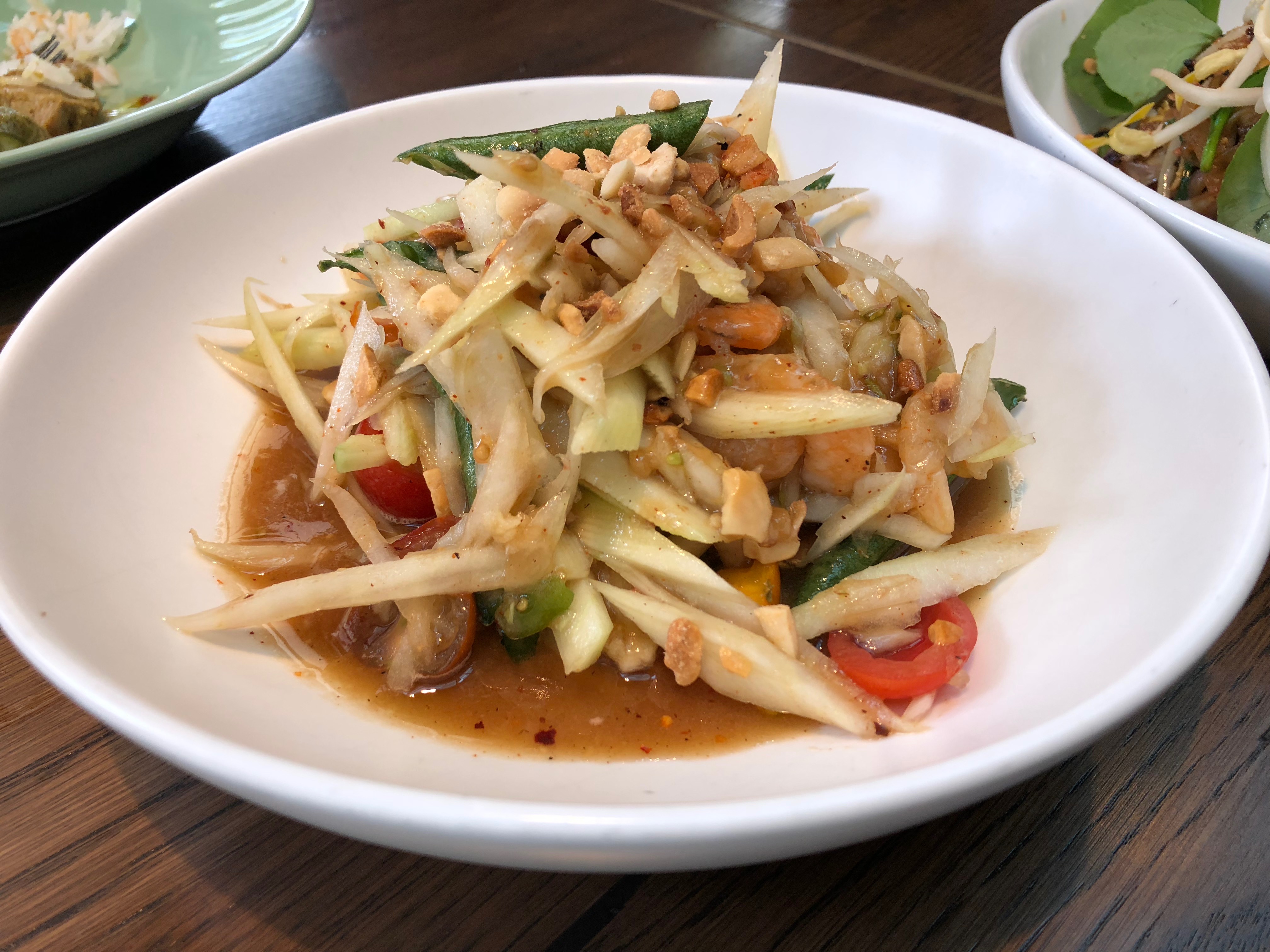 For reasons that cannot be explained by anything other than unforgivable slackness, I’d failed to get to Long Chim since it opened in Melbourne at the beginning of last year.

So to correct this egregious error, on a hot and windy Melbourne afternoon I roped my hot and windy colleagues, Ross Stevenson and Kate Stevenson, into lunching there with me.

Thompson – who also has Nahm in Bangkok, which is consistently ranked in the World’s Top 50 restaurants – has spent years living in Thailand, perfecting the cuisine, and Melburnians, for too long starved of his food, have embraced Long Chim like a backpacker embraces a vodka bucket on a Koh Phangan beach.

At one stage Ross put down his grilled pork skewer to declare: “This would have to be the best Thai restaurant in Melbourne.”

Now, I don’t know if it was the chilli talking but I’d almost have to agree. Big call, I know.

But even in a Thai-obsessed city like Melbourne this is a restaurant that can match it with the best.

Perhaps trying to outdo Ross in a game of big statement tennis, Kate proclaimed that, “the only problem with visiting Thailand is coming back and having to suffer boring Thai food”.

Well Kate, I believe we have found the answer to your problem. “Boring” is definitely not an adjective you would use to describe the menu here.

We shared a lovely spread of dishes and I thoroughly enjoyed everything we ate. 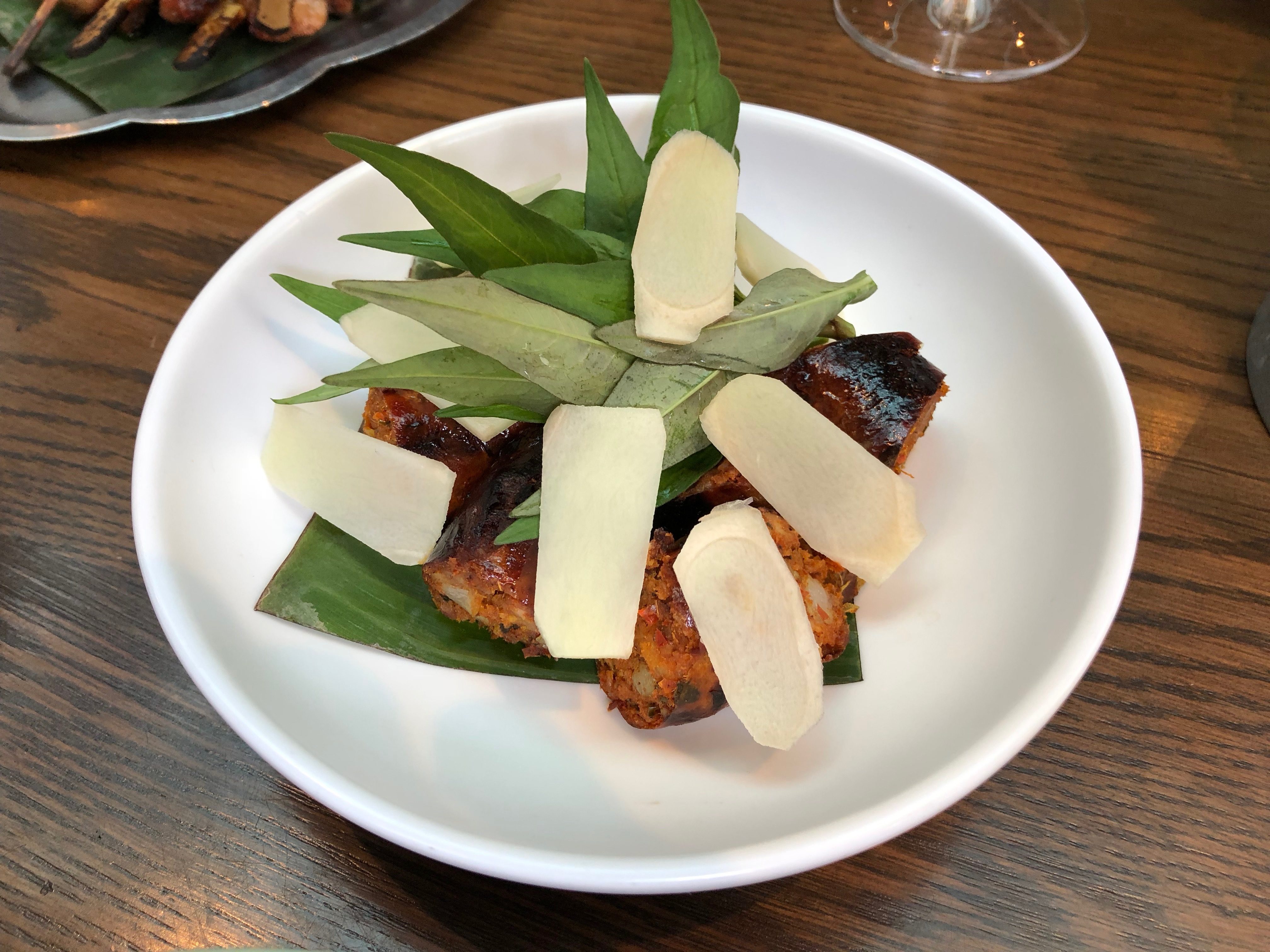 The smoky Chiang Mai sausage flavoured with chillies, turmeric and wild pepper was plump and pumped full of flavour. 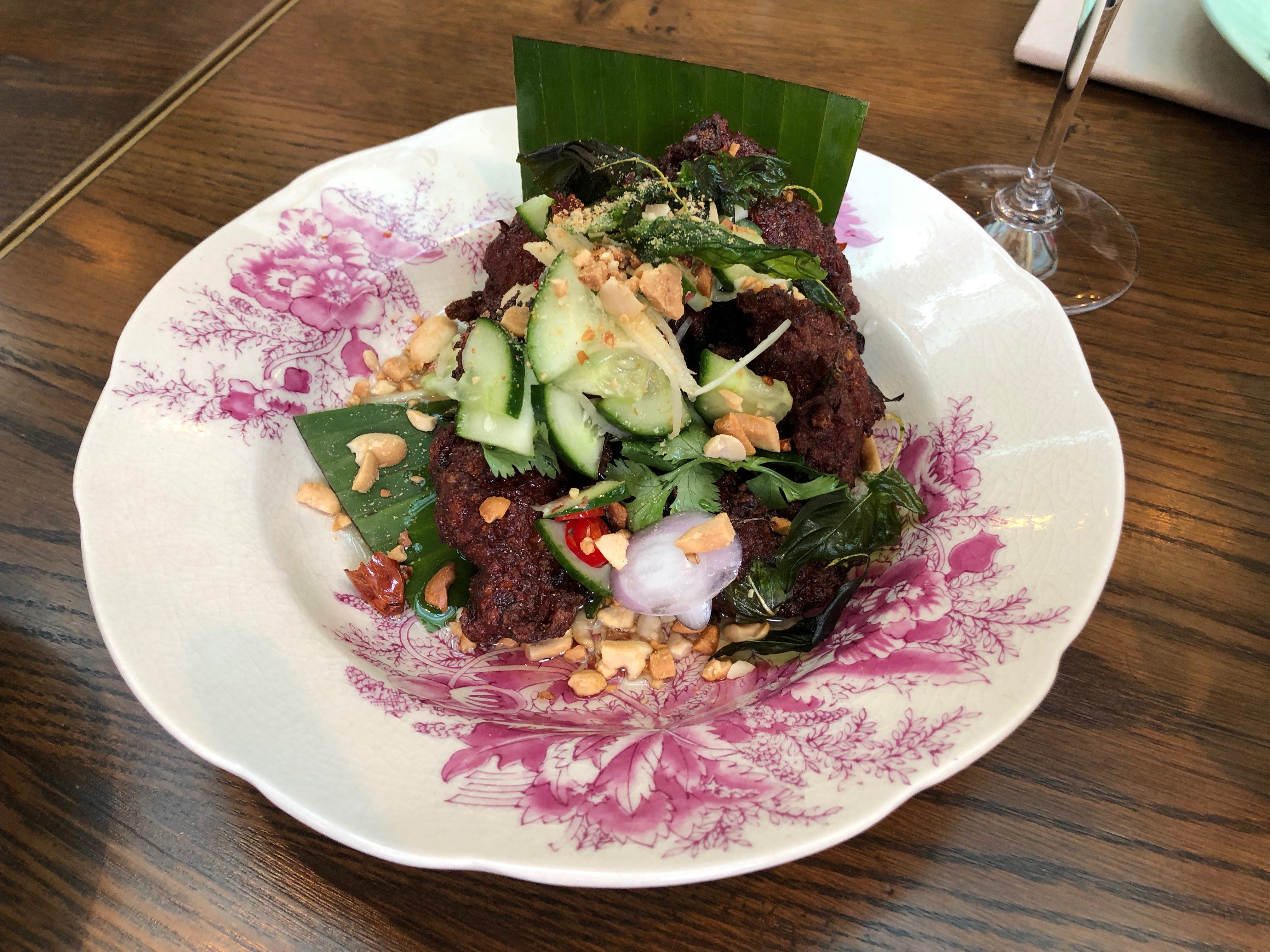 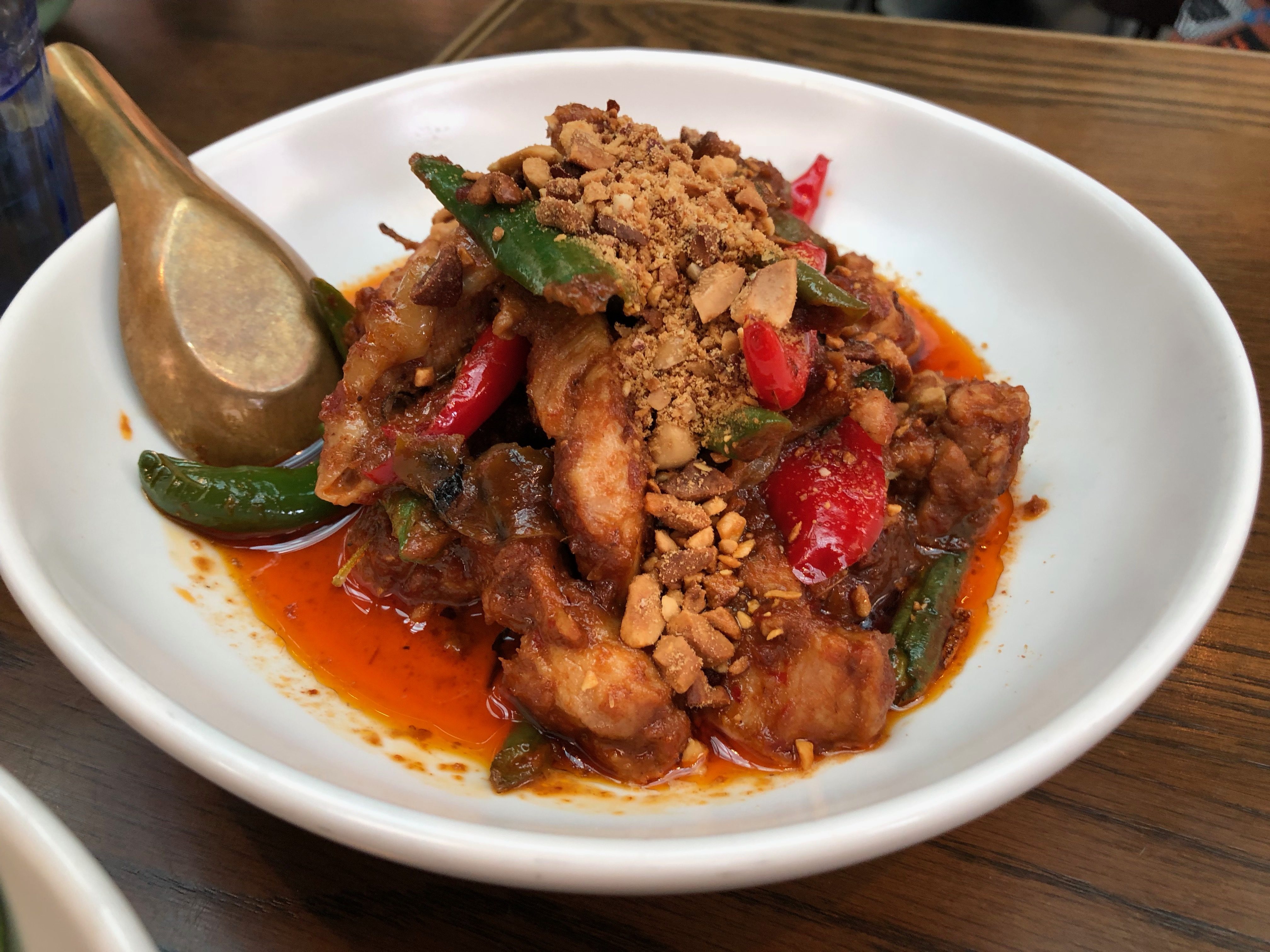 The classic Pad Thai is a good yardstick to measure the quality of Thai restaurant and the Long Chim version, a gorgeous bowl of thin rice noodles with prawns, bean sprouts, eggs and peanuts, was the tastiest I’ve had this decade. 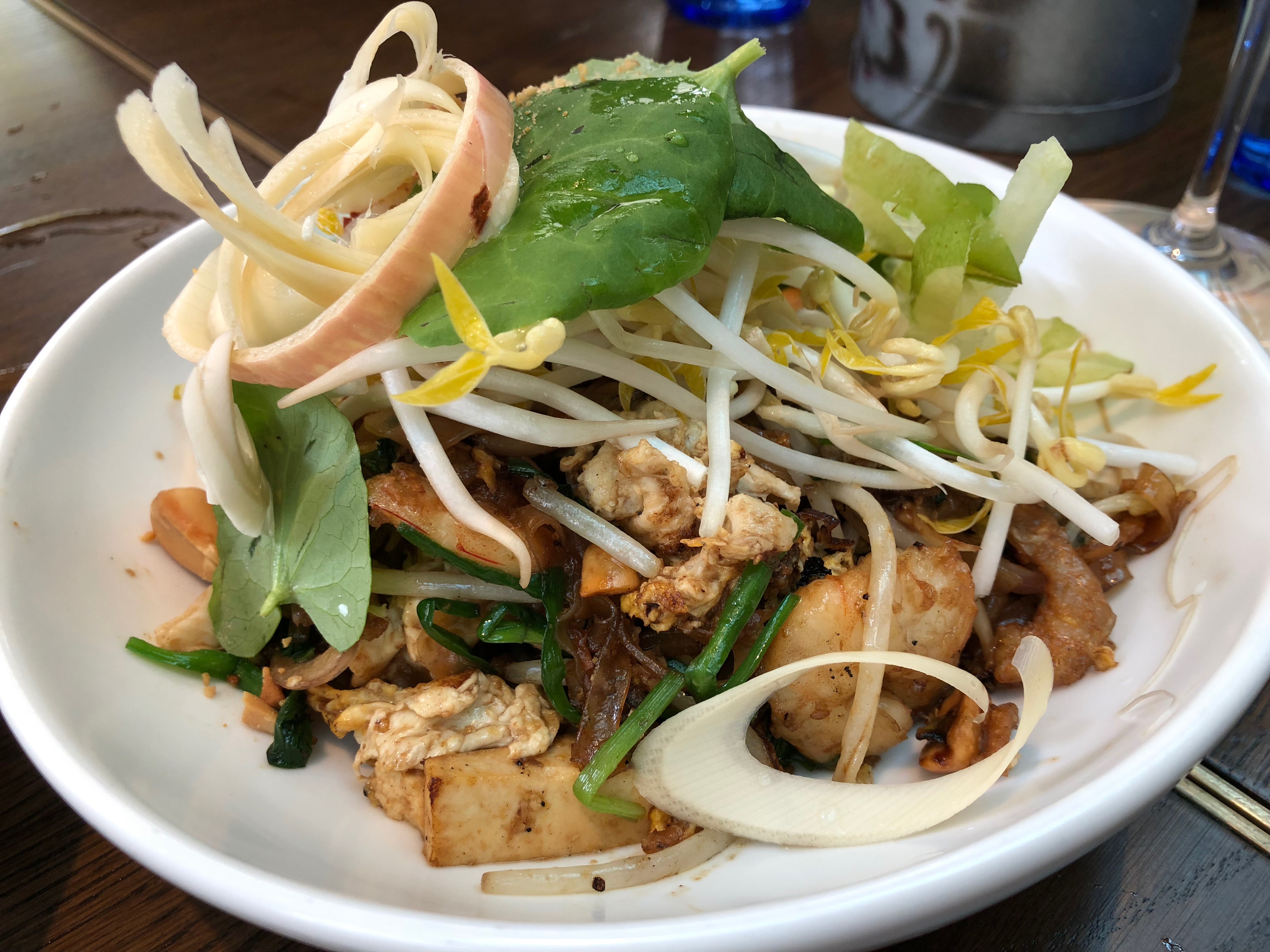 It’s definitely not one of Melbourne’s cheapest Thai restaurants but for if you’ve got a hankering for a spicy treat, head on down to Long Chim for a flaming good time – just word up your taste buds that they’re in for a hell of a ride.