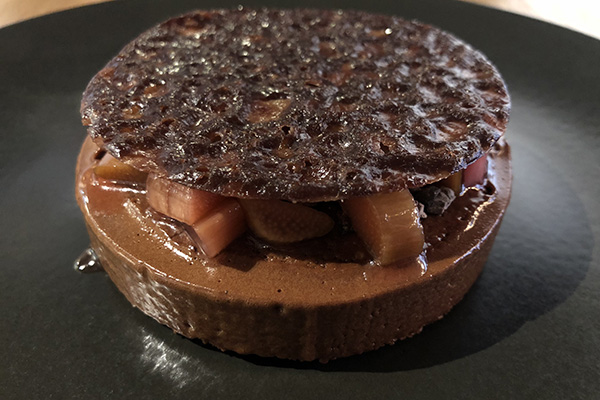 Click PLAY below to hear the full review on 3AW Breakfast

Cutting a swath through the snazzy Gertrude Street dining precinct, European-minded Messer is the latest restaurant to have a stab at ascending the Matterhorn-like heights that is Melbourne’s bistro dining scene.

Messer, which means “knife” in German, is a restaurant that certainly feels sharp.

Chef Ashley Davis, along with co-owner/chef Sascha Rust, takes diners on a merry saunter through the produce markets of continental Europe.

Messer is Davis’s second European outing; his first solo establishment – Seddon neighbourhood favourite Copper Pot – is like a Contiki tour for adults, cross-crossing the continent, calling at Amsterdam and Athens and numerous places in between.

But while Copper Pot scours the entire continent for culinary classics, Messer narrows its focus to the markets of northern Europe, a place where people congregate and buy seasonal produce to cook for kinfolk with the bounty they’ve procured.

And it’s that spirit that Messer aims to capture.

Upon entering the 50-seater space, the first thing you’ll notice is the hulking grey and gold polished bar that leads your eye through into the kitchen. Swivel around and you’ll find yourself in a sea of dark-turquoise accented walls, faded brown leather bank seats and Scandi-style wooden tables.

This is unstuffy, approachable yet high-class dining. The fare is top-notch but fair on the wallet; an upmarket menu at market stall prices.

With snacks around $10, and larger dishes ranging from $19 to $36, grab a friend and a few plates to share and you can easily walk out with change from a hunjy per head. As my eyes fell down the menu, I discovered there wasn’t much on it that I didn’t want to order.

That can be either a good or a bad thing.

Good because – well – lots of tempting dishes makes for one happy-clappy punter, but bad because decision-making becomes a rather fraught exercise.

We outsourced some of that decision-making to the smiling red-headed waiter, who leaned in and whispered: “You should go the ravioli.” 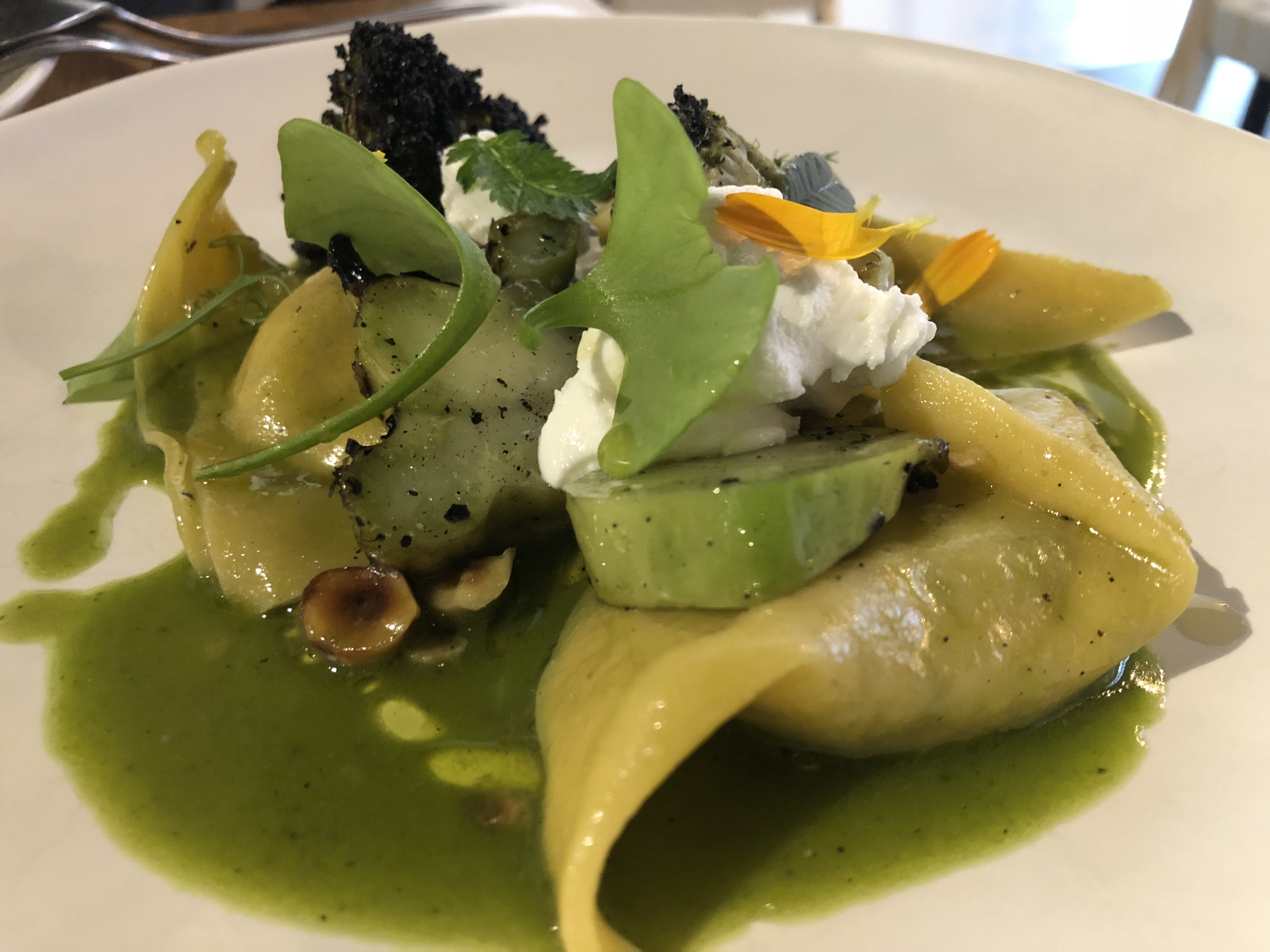 The herb ravioli with broccoli, goats curd and hazelnut was like an autumn love explosion on a plate, while the wild venison tartare, anchovy and kohlrabi felt fresh from a faraway forest, with the caraway crumb providing a little crunch like the snap of a twig underfoot. 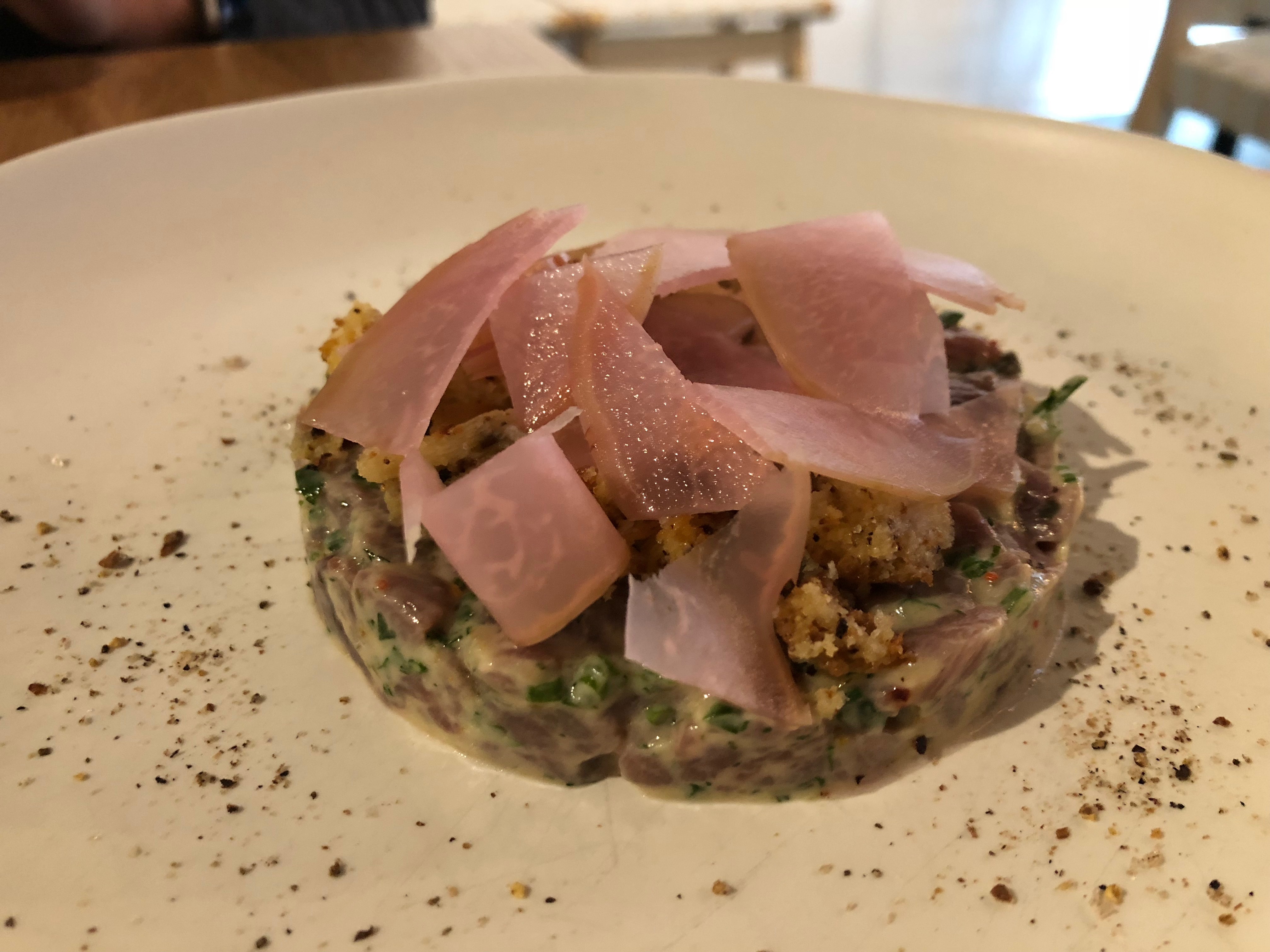 While divvying up the red cabbage and portly pork hock, the crackling letting off an appealing “thwack” as the knife pressed through it, Mrs Scorcher, who is of Hungarian origin, said through a forkful of tender meat, “Eating this transports me swiftly back to Europe.” Dish of the day easily went to the nifty little trout sandwich, a snack that takes its cues from the flavours of northern Germany. 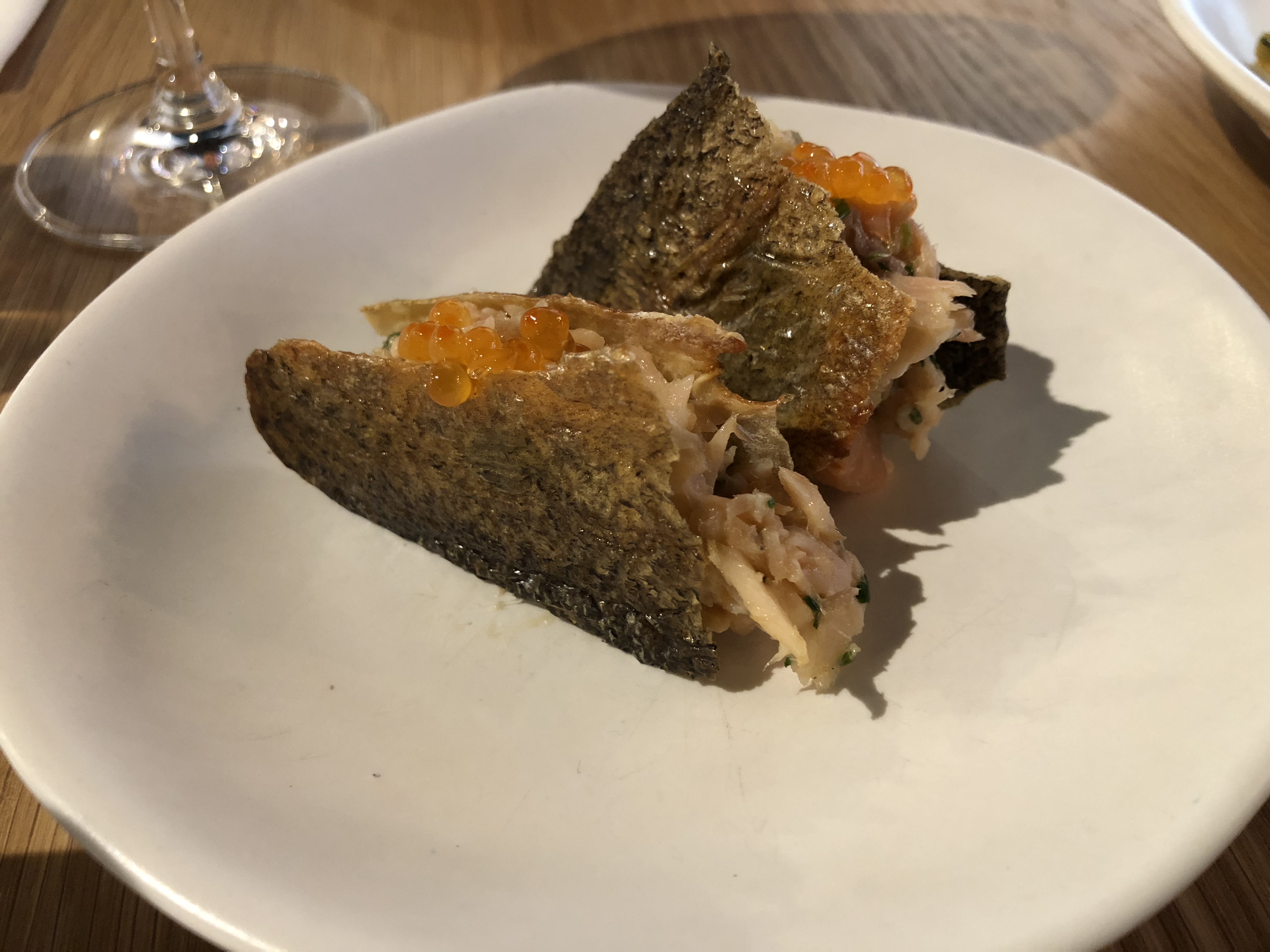 Two pieces of trout skin are fried to a thin, crispy taco-like shell with flakes of the fish heaped in the middle, a dollop of salmon roe placed on top for good measure. However, our cured and smoked kingfish with fennel and yoghurt was just ok – creamy but not dreamy. Europe may be in a spot of bother at the moment, what with the Brits giving the EU the heave-ho and tensions rising with the arrival of newcomers, but here at Messer you can go on your own little Euro trip, winding your way through different countries and ingredients, without having to leave the streets of Fitzroy.