Scorcher reviews: Old Palm Liquor — ‘I wish this place was in my neighbourhood’

The world would be a better place if every suburb had a friendly neighbourhood wine bar like Old Palm Liquor.

Ok, I will admit, that statement may be a touch overblown but my point is this: it’s super nice to have a place down the road where you can wander in, at the end of the week, and settle in for a chat over a bottle of wine and some tasty bites to eat. But even if you don’t live near Lygon Street, Brunswick, Old Palm Liquor is place worth crossing town for.

Old Palm Liquor is a wine bar-cum-restaurant that knows it’s cool but doesn’t like to admit it. Kind of like Dwayne ‘The Rock’ Johnson. It’s got a bit of swagger, a bit of dash, but at the same time is friendly and approachable.

OPL, as it’s known, is the next instalment in the wine bar adventures  of owners Almay Jordaan, Simon Denman and Marc Banytis (the trio also have the well-regarded Neighbourhood Wine in North Fitzroy). The front bar goes heavy on the wood panelling and brown and orange tones, and has the feel of a 70s suburban kitchen. But out the back it’s a white and bright, fern-filled affair, with greenery hanging off the walls and roof, and includes a cosy fireplace for when the winter months roll around.

You can think of the two menus as the central characters in 80s movie ‘Twins’: the food menu is like Danny Devito, short and sharp, whereas the hulking, 300-deep wine list is more like Arnold Schwarzenegger, and there are even a handful of Austrian wines on the list to boot.

This is, after all, a place where wine is very much where the action hero of the story. 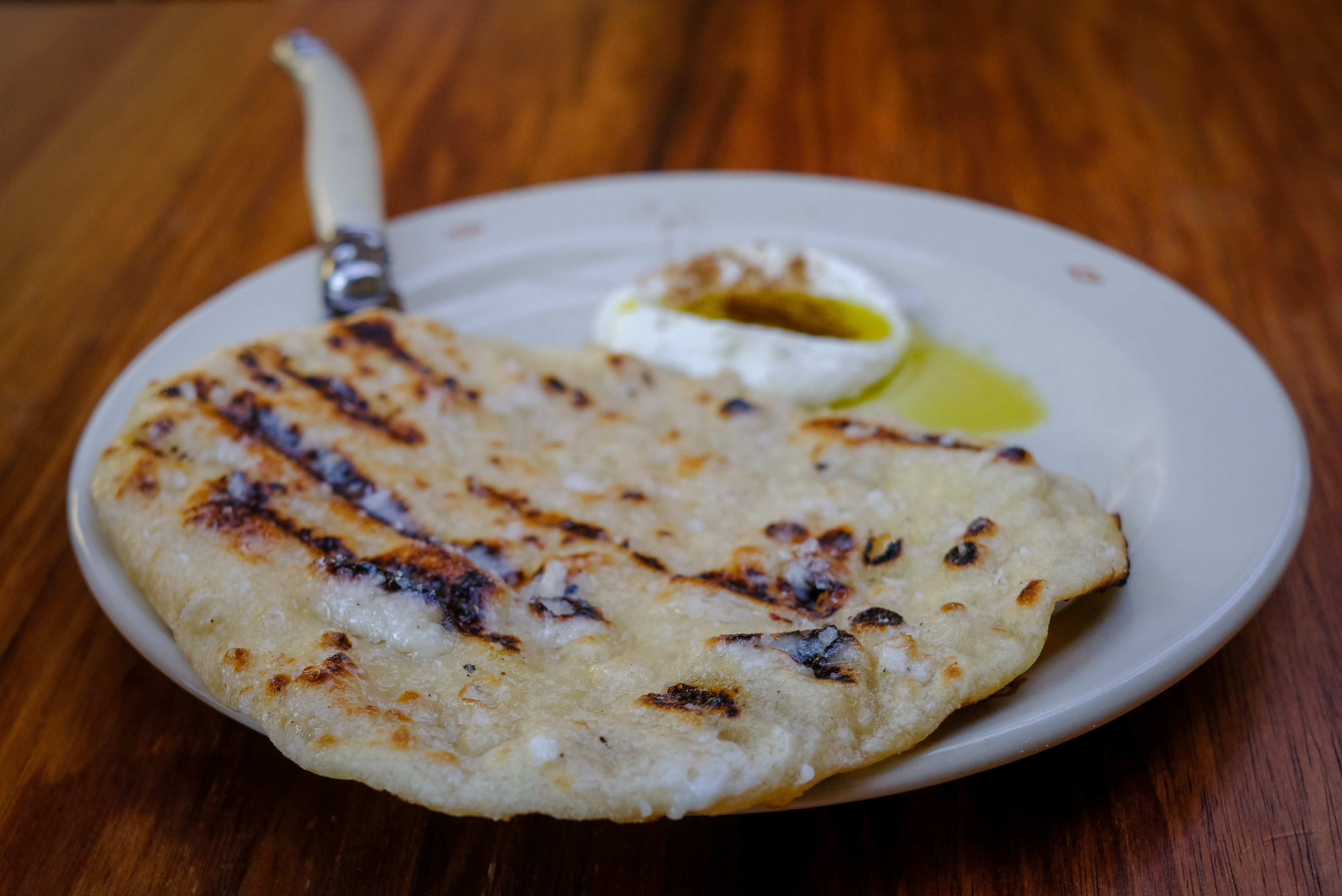 The flatbread, with lashings of garlic and a puddle of labne, is honestly one of the best I’ve tasted and at $10 it makes for the perfect snack to open the batting. 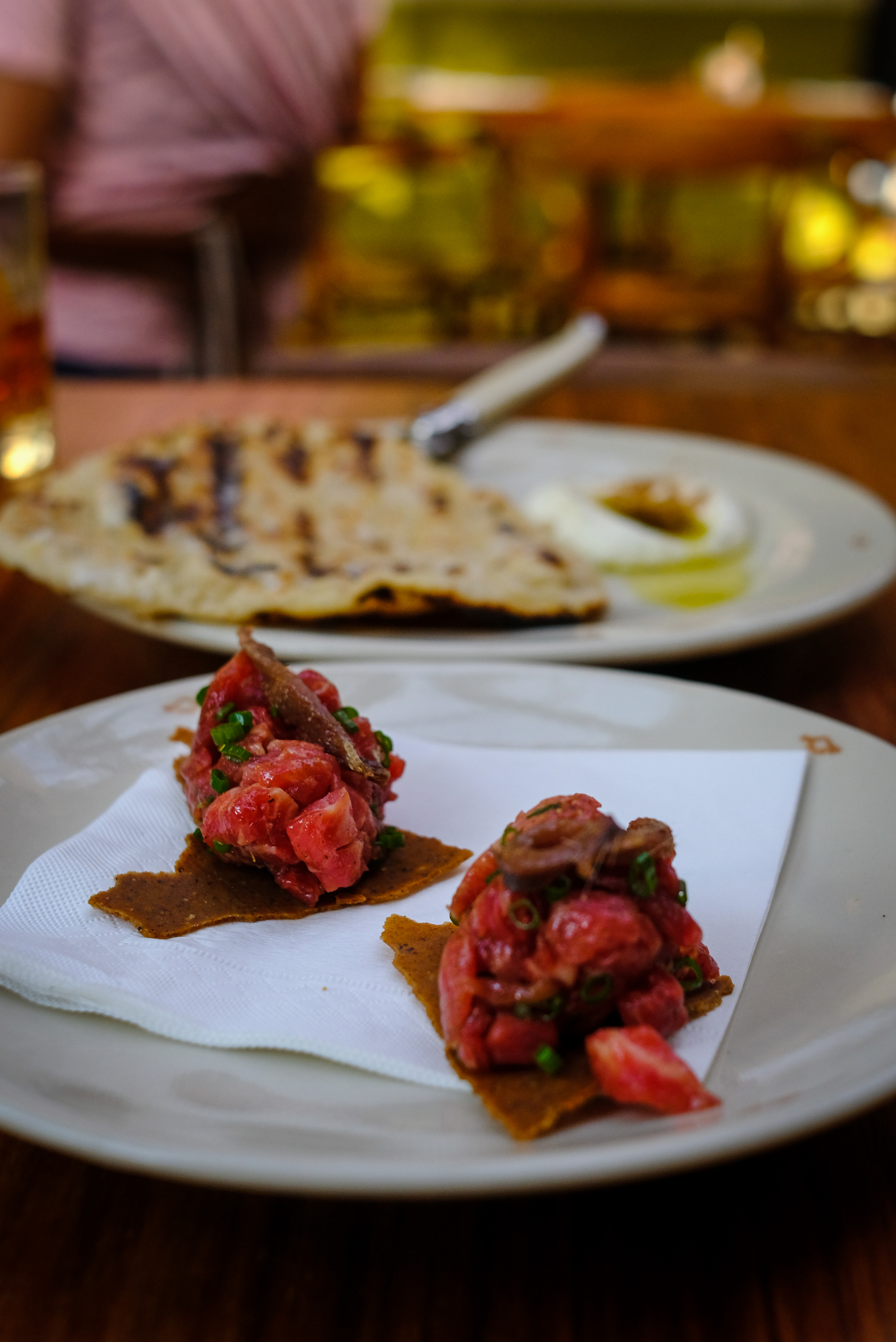 Other small bites include beef tartare with biltong spices and anchovies which arrive on crisp buckwheat crackers, and a nest of fried shallots with cashew sour cream and pickled jalapenos. Smaller dishes include a gorgeous kingfish crudo with pickled elderflower and horseradish and fat Pork Lincoln sardines with chakalaka, a simple spicy sauce of onions, tomatoes and zucchini. 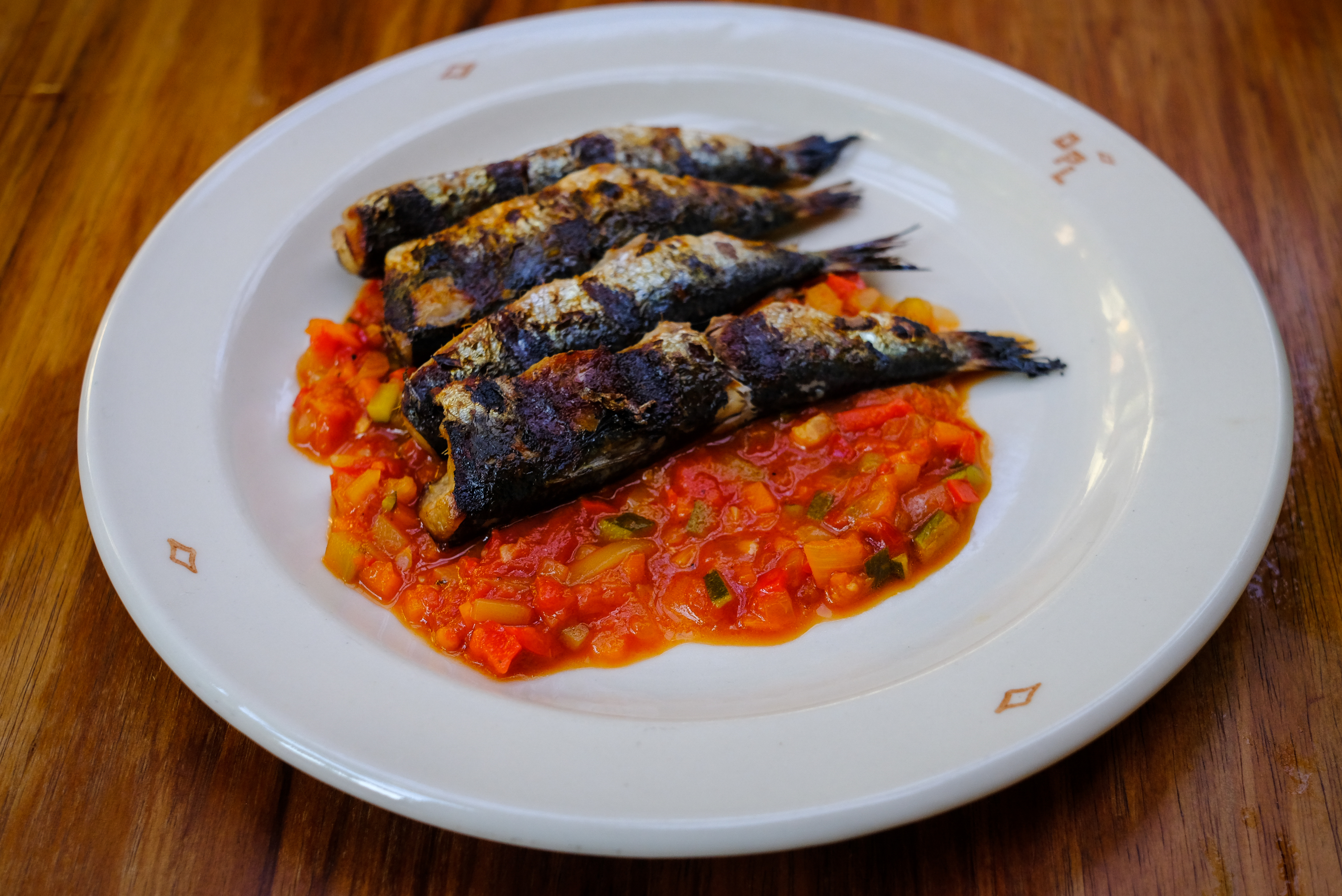 If you’re up for something a little bit bigger, go for the free-range pork chop with peppers and apricot za’atar. Have that with a side of potatoes of gravy and it’ll soon fill you up. Other large grilled mains include tamarind eggplant with freekeh and pickled beets and scotch fillet with shallots and mustard leaf. 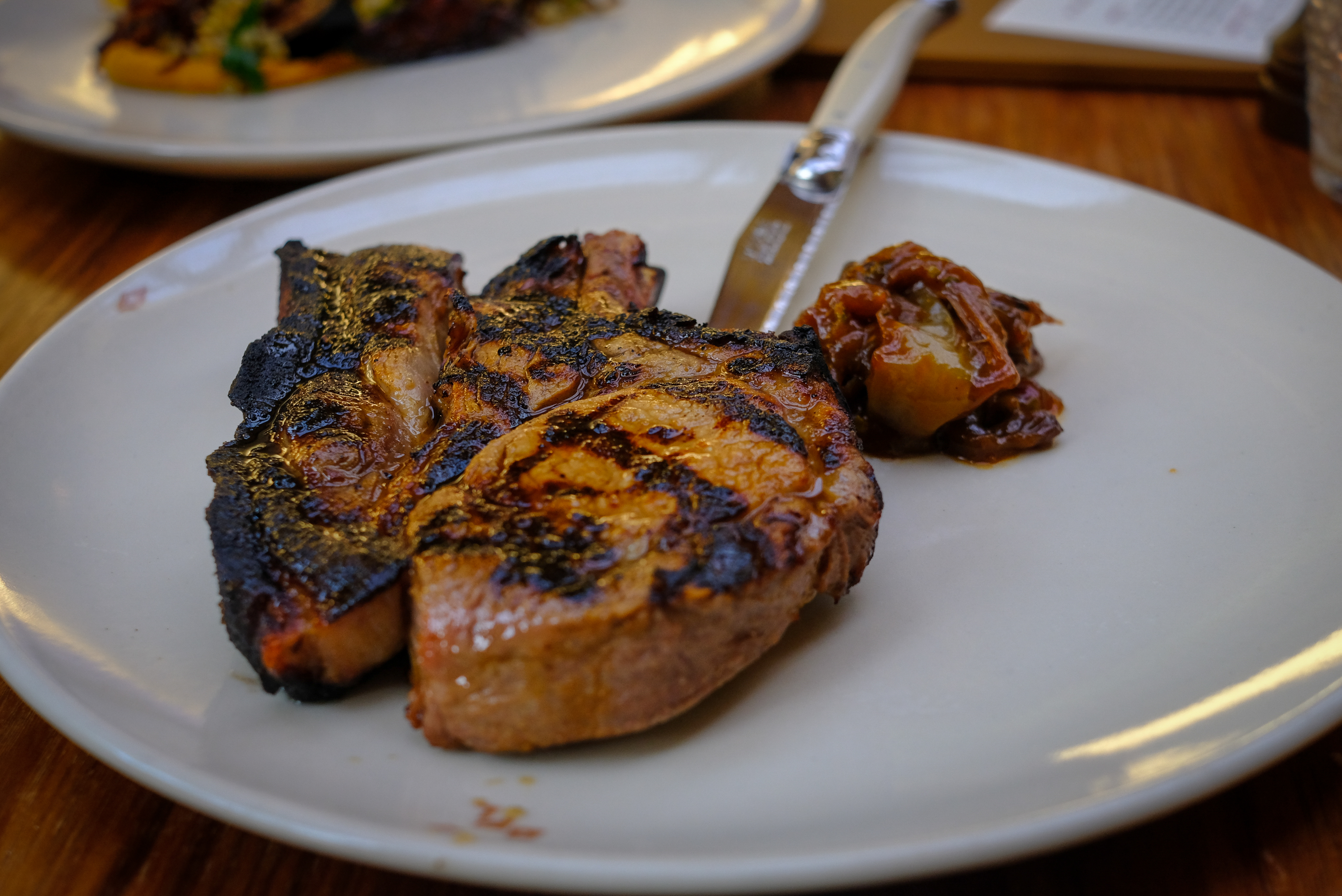 It may have been all the Italian reds I had consumed but I walked out of Old Palm Liquor with rosy cheeks and a spring in my step. I wish this place was in my neighbourhood.