Some dude once said that “genius and virtue are to be more often found clothed in grey than in peacock bright”. Or put another way: brilliant doesn’t always mean flashy.

And so it was that I found myself lined up outside a non-descript restaurant in a drab, concrete-grey railway station car park shopping centre, waiting for a table at suburban favourite Proud Peacock.

Even with a name like Proud Peacock, the set-up here is anything but boastful or showy. No need for attention-seeking plumage here; the simple Vietnamese-focused food is the main attraction.

But last year the show came crashing down. After flying high at its previous location in Pinewood, Glen Waverley, a fire ripped through the restaurant and razed it to the ground.

Some bird-brained cook had left a pot on the hob overnight, which caught fire and reduced the building to ash. 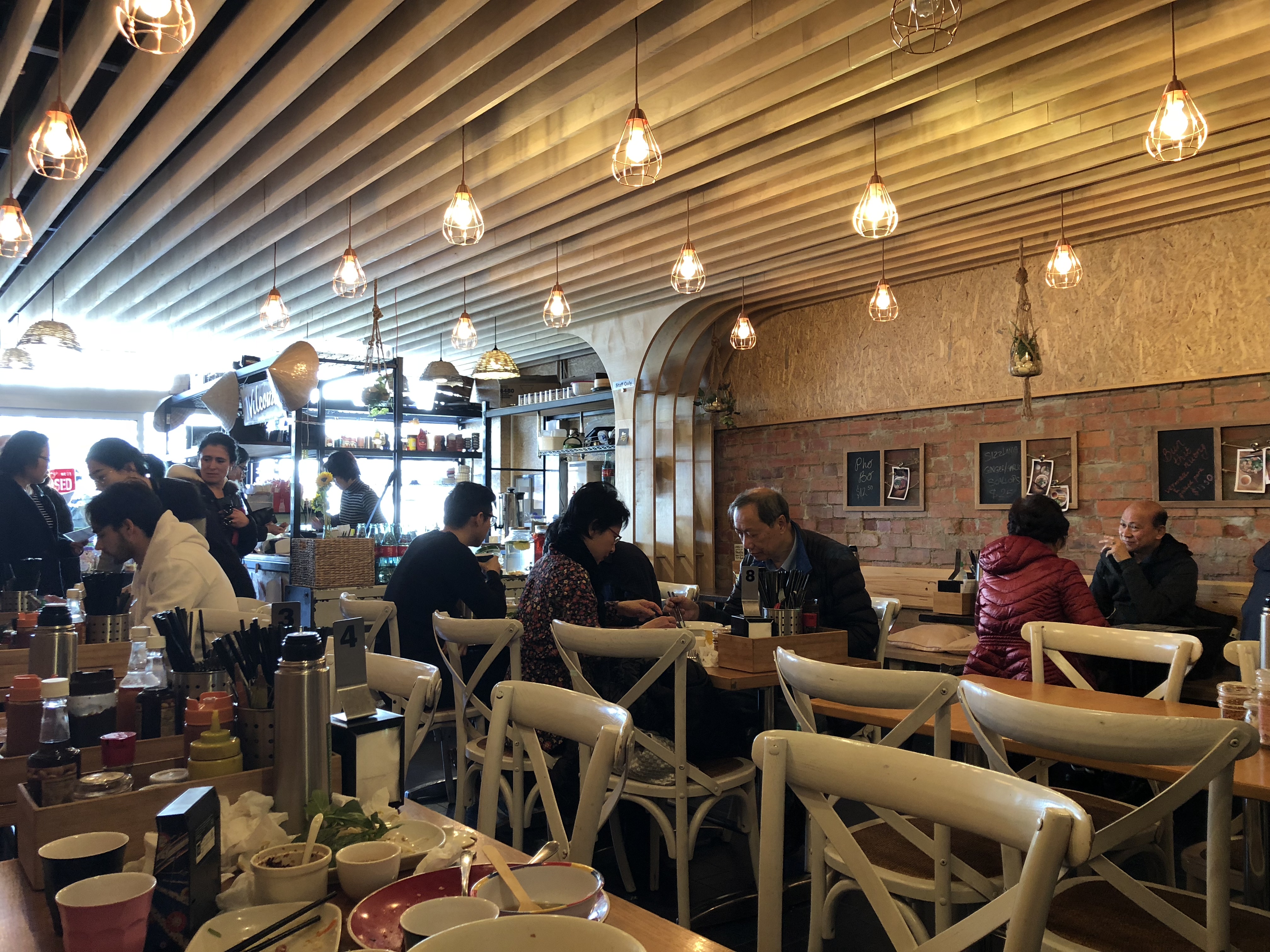 So Proud Peacock has built itself a new nest, reopening last month at its new home in Mount Waverley, and in-the-know locals have migrated to the Mount with them.

For those who live north of the river, the trip out to Mount Waverly can be a little taxing, especially when the Glen Waverly line was busted, as it was the day I schlepped out.

But my transport frustrations soon melted away amid the steam emanating from the bowl of Vietnam’s most famous food stuff. 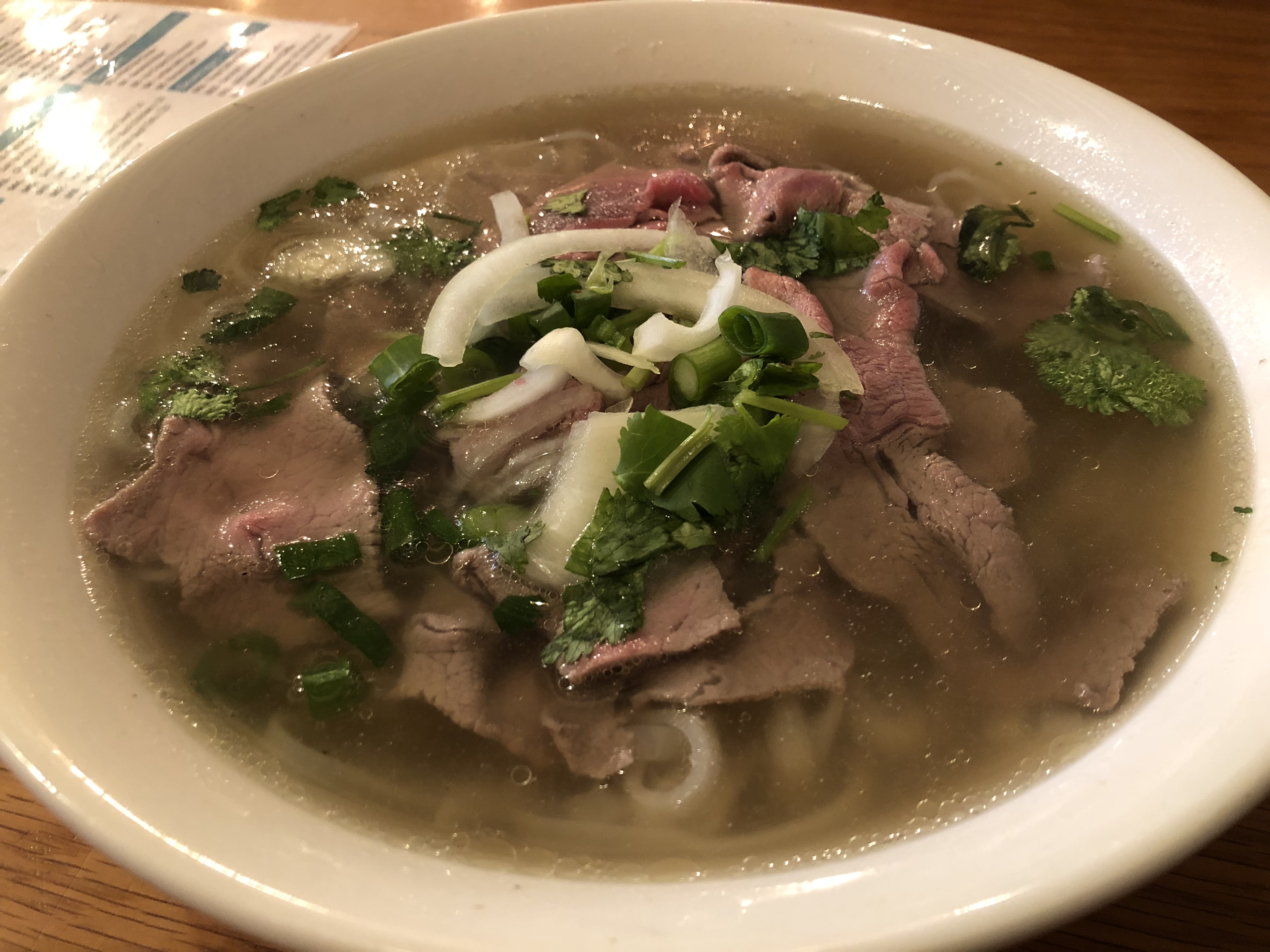 The pho here is outstanding, potentially the best in the city. Yes, yes, yes, I know. That sounds like a monstrous exaggeration.

But I defy you to prove me wrong. I can’t think of a better bowl I’ve had in Melbourne.

The beef is sliced tantalisingly thin, not fatty and flabby like you get at some joints, and the MSG-free broth is deliciously seasoned; I’d drink a cup of it on its own.

This steaming bowl of wonderment reminded me of the first time I tasted pho.

I remember it well, served to me by a woman in a frayed hat at a road-side stall on a dusty street outside the city of Hue. You never pho-get your first pho experience.

Other dishes impressed too. 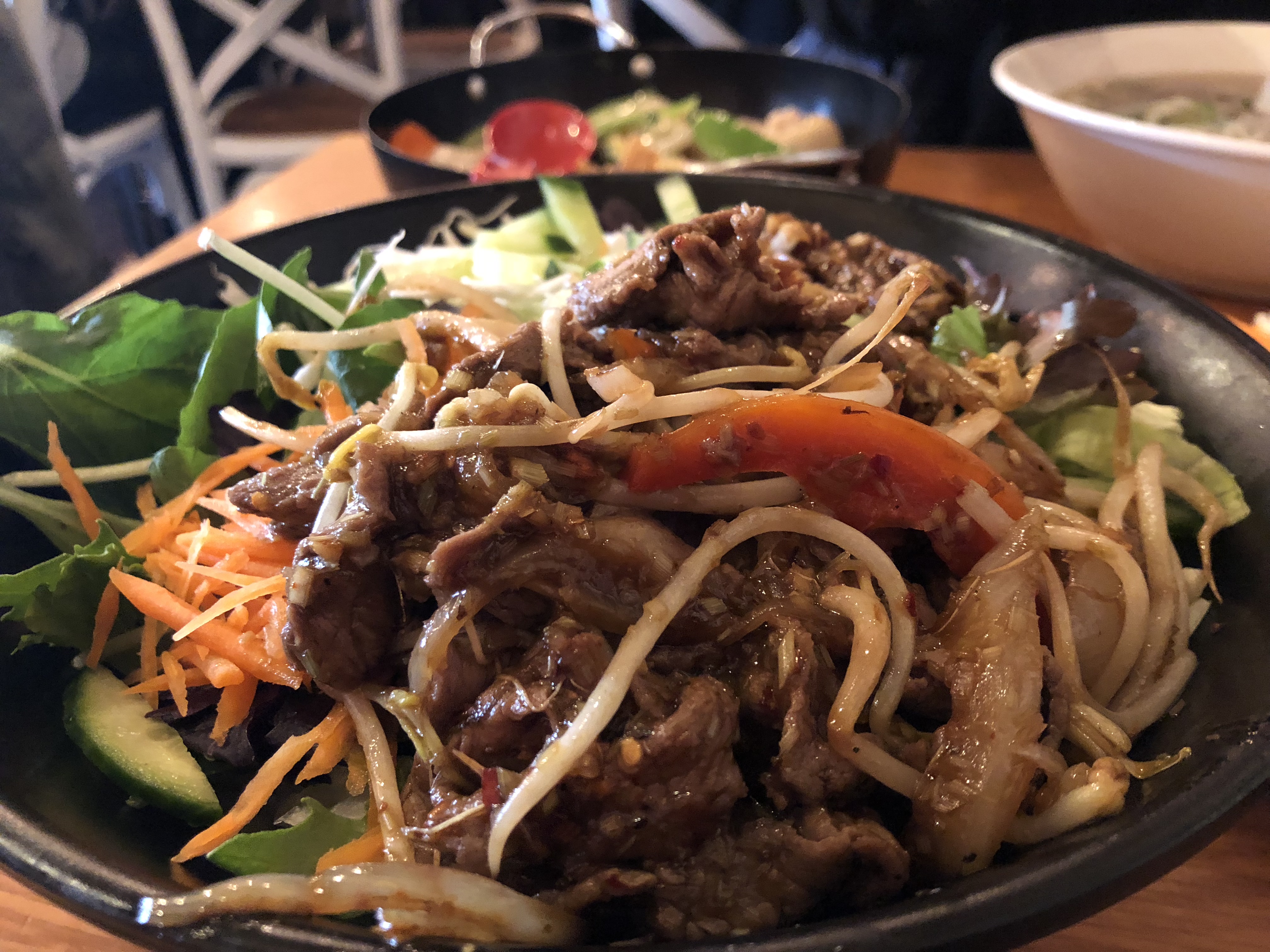 The lemongrass beef bun cha was fresh and flavourful, although it could have done with some more of that lovely nuoc chum sauce to irrigate the big thatch of vermicelli noodles.

Pleasing, too, was a bowl of crispy noodles that came bursting with crisp veggies, seafood, poultry and goodness – a popular dish with those keen on eating some guilt-free fast tucker.

Sitting on an intimate two-seater table, we ordered too much food and run out of space; our feast was enough to feed a menagerie on a princely estate but only cost us chicken feed.

But while we struck a home run with the food there were some swings and misses as well. 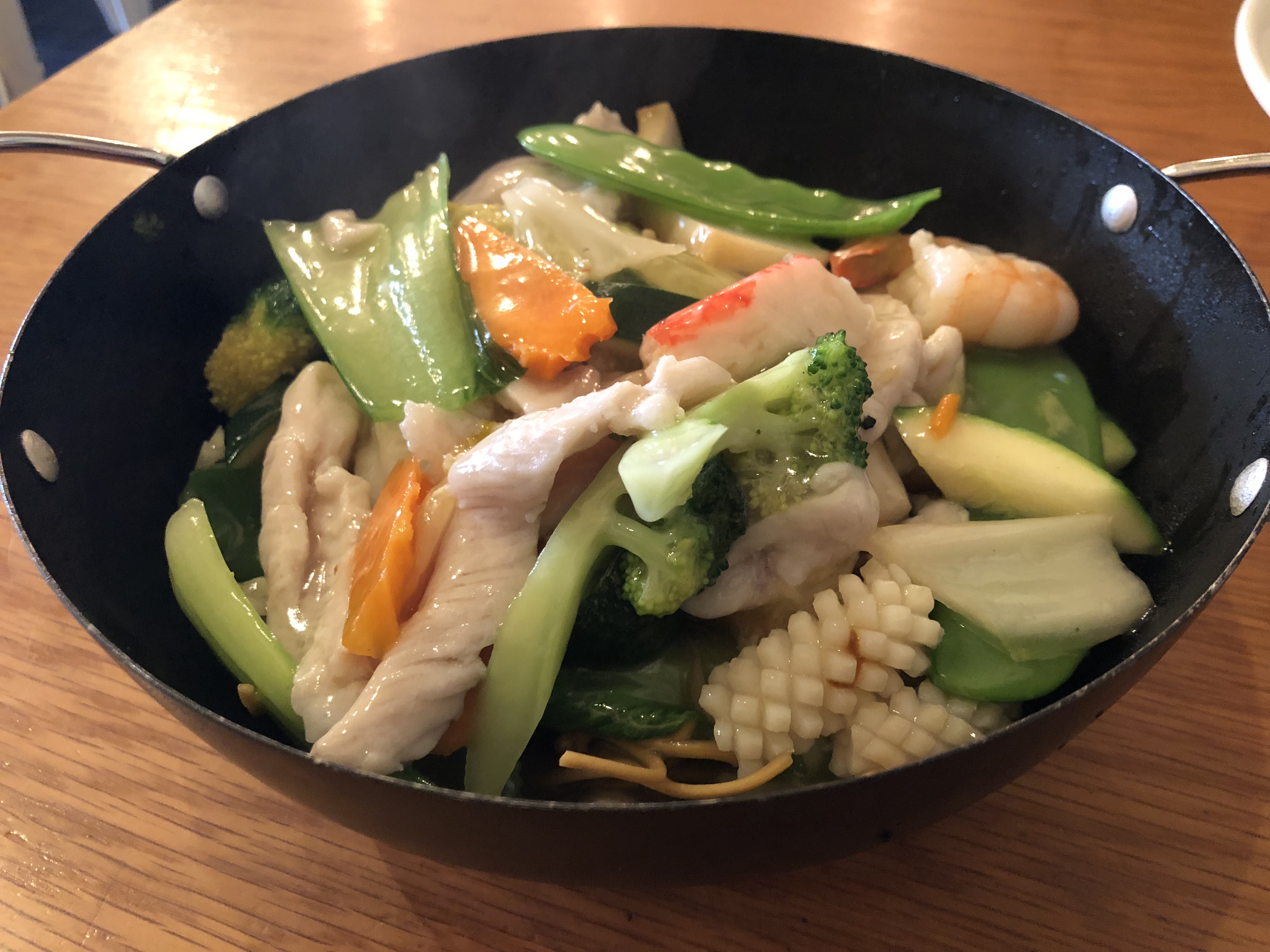 Staff took an age to clear vacant tables as the line of hungry punters snaked out the door; at one stage I counted three tables that were free had it not been for the remnants of a much-enjoyed meal.

And the pen-and-pad ordering system is a little chaotic.

Although, even though ordering is a tick-a-box DIY job, where you run your marked-up docket to the counter yourself, it does add a certain dollop of frenetic charm.

As does the complementary lolly and soft drink station – a perfect incentive for sugar high-seeking children to finish all their veggies.

So with our hunger pangs satiated and bank accounts largely untroubled, we walked out with our heads held high. You won’t see any peacocking here, just a proud and humble establishment that’s risen, phoenix-like, from the ashes.