Scorch mentioned this video throughout his spot with Ross and John, Ross says it’s the funniest arrest ever seen. (But you have to listen to Scorcher’s review first, or it won’t make sense!)

There are green shoots of revival sprouting around Carlton and I’m not talking about at the football club.

The inner-northern suburb is undergoing something of a quiet foodie revolution at the moment, whereas the once-mighty Navy Blues will take the best part of a decade to come close to tasting any kind of success.

While to some Carlton and its prominent culinary carriageway Lygon Street will always mean stodgy pizzas and overzealous spruikers (not me, I’ve always had a soft spot for daggy old Lygon) but lean in a little closer and you’ll notice the suburb is now dotted with trendy new eateries, a swag of which have sprung up just in the past few months.

And later this year the team behind Ramblr will fling open the doors to a new US-style pizza palace.

Add to those a list of established restaurants such as the revamped Carlton Wine Rooms, trendy Heart Attack and Vine and wine bar Henry Sugar and you’ve got a neighbourhood that could be the envy of any in Melbourne.

So amidst this groundswell of good eating on the city’s edge, the opening of intimate, 30-seater, Chinese-inspired canteen Super Ling threatens to punt Carlton further up the dining leader board.

Occupying the site of a former old-school café on Queensberry Street, Super Ling – the brainchild of Iain Ling, who also runs the Lincoln Hotel next door – reminds me of the little neighbourhood Chinese restaurants my parents used to take me to as a kid, albeit with a more inspired menu than those musty old joints of yesteryear. 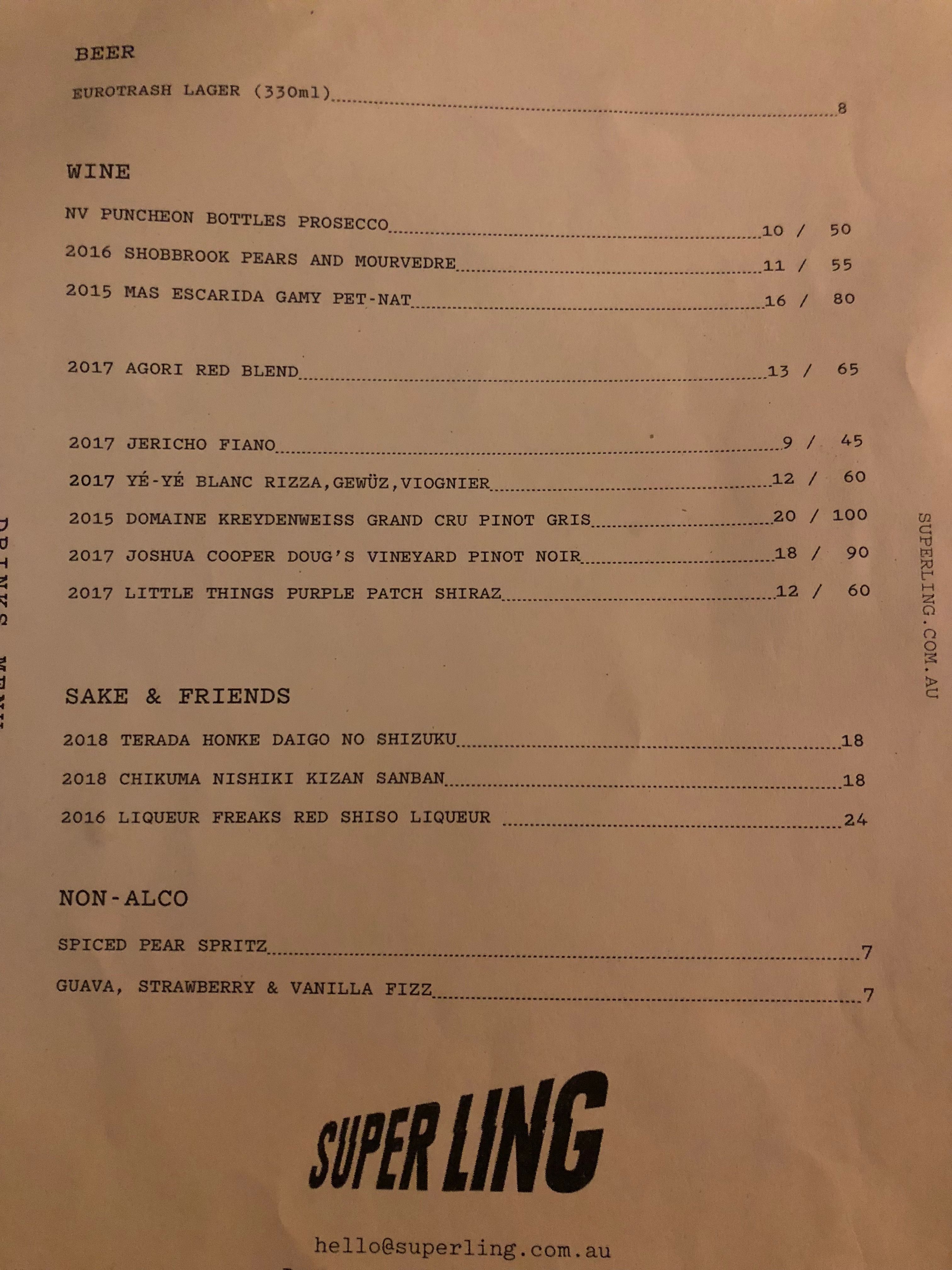 Chinese flavours are in the driving seat at Super Ling, but stops are made along the way to collect passengers from Mauritius and Malaysia.

Chef Michael Li (formerly of Lee Ho Fook and MoVida) draws on his Hakka heritage to assemble a concise menu of solid and distinct dishes.

The Hakka are a group of Chinese linked by a common language and a culinary heritage, and are scattered right across the globe, from Sichuan to South Africa. 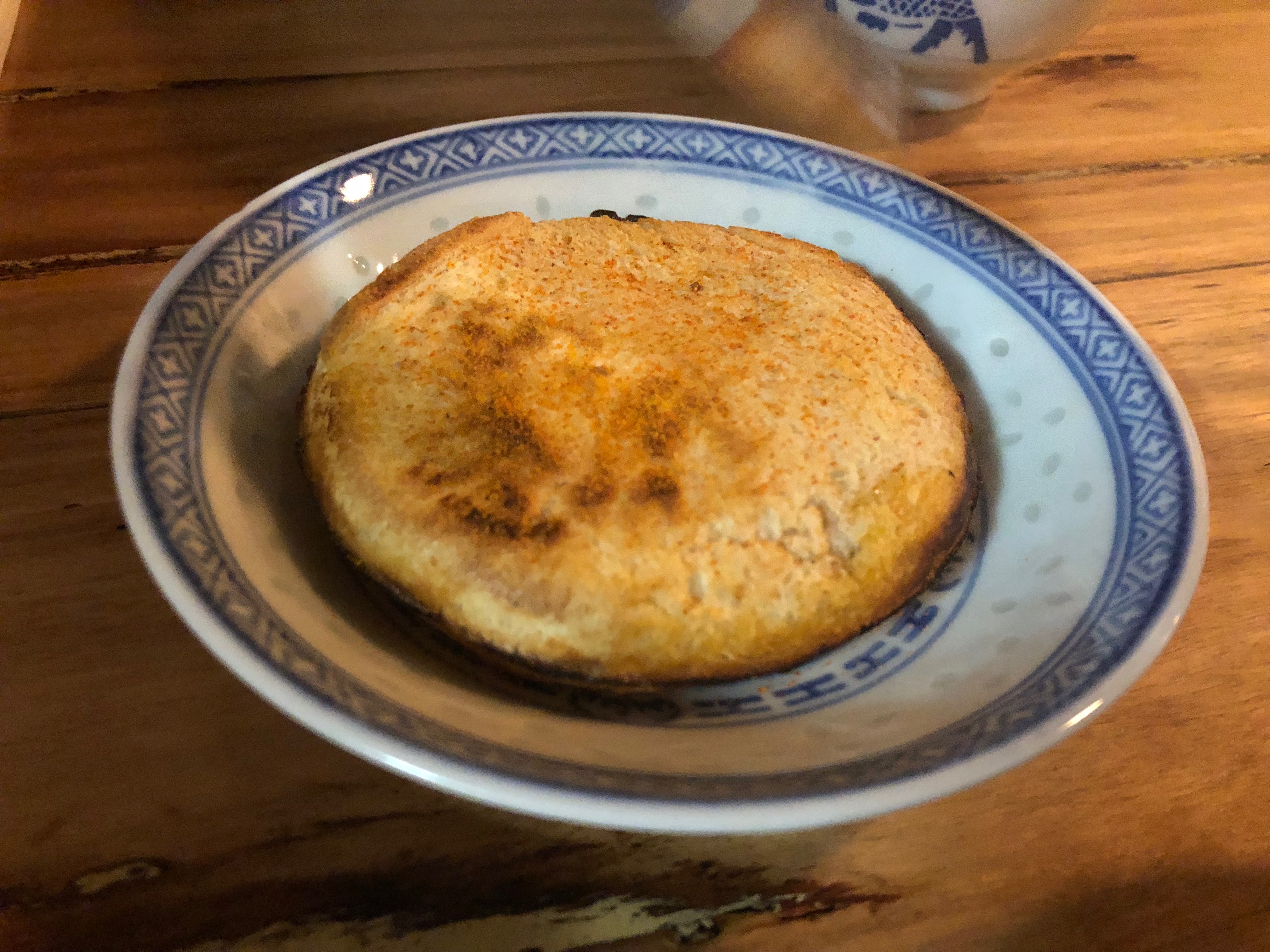 To get the ball rolling, go for the plucky mapo tofu jaffle – a disc of white bread filled with fiery pork mince and slippery tofu with pleasing kicks of Sichuan pepper and chilli.

I split one with Mrs Scorcher but could have easily polished off the whole thing on my own in the time it takes to say “tasty toasty”.

Even though I wanted that bready bad boy all to myself, most of the dishes at Super Ling are super shareable. 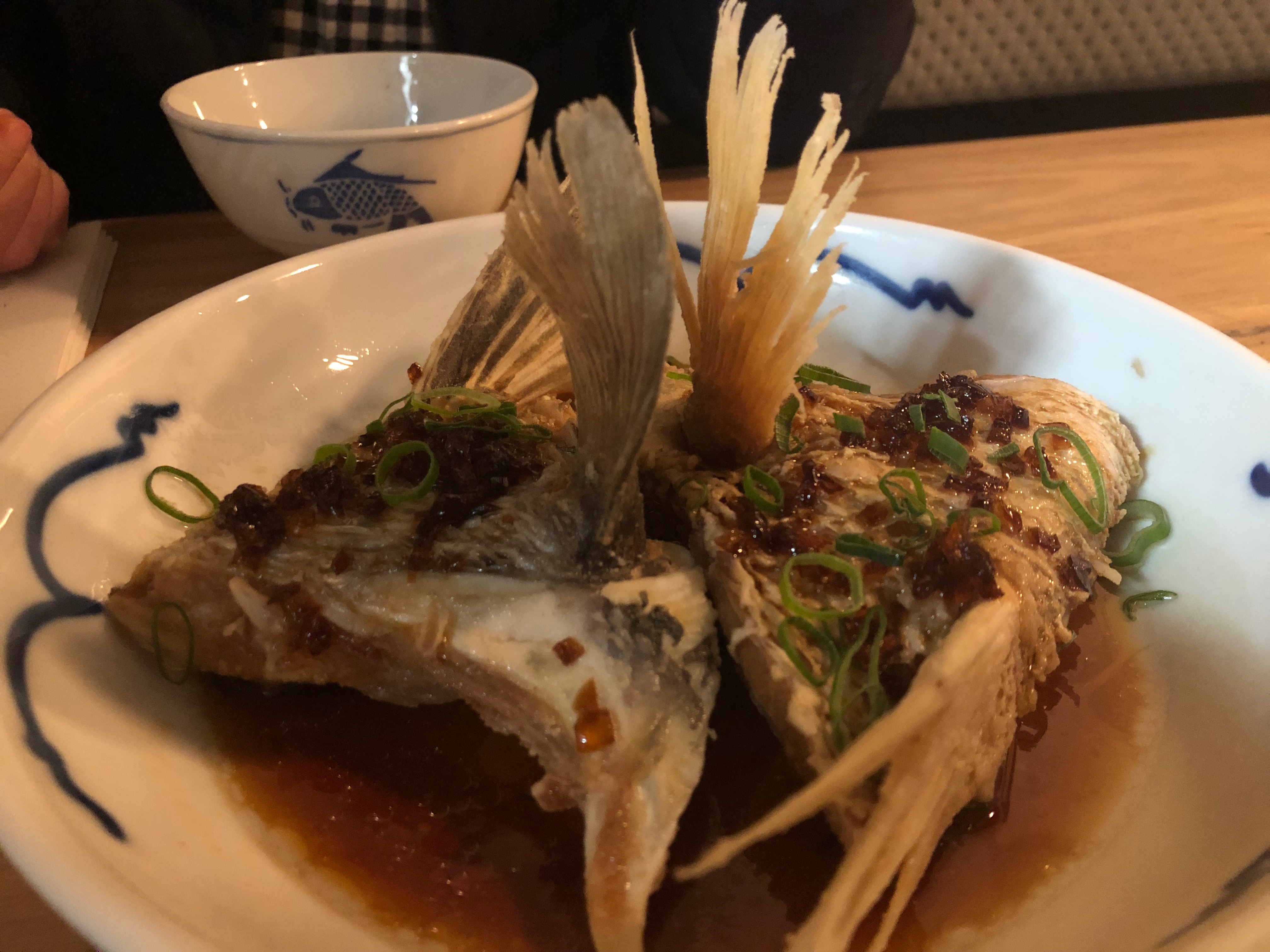 You’ll have to employ a little teamwork to dig out the succulent flesh of the fried barramundi collar, which comes paddling in a soy and ginger oil dressing, but your efforts will be rewarded with some fine fish. 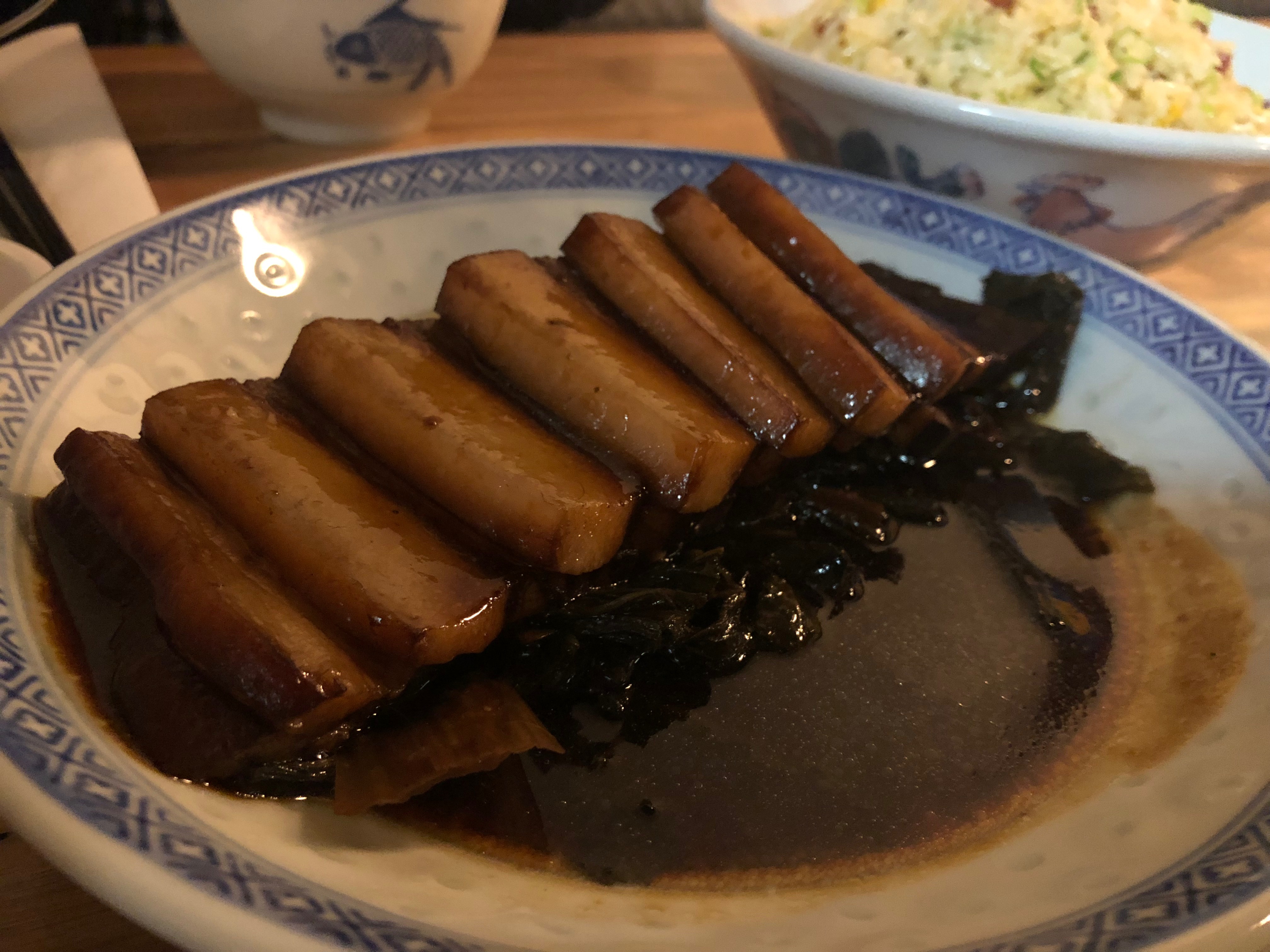 A bigger dish of pork belly with mustard greens and fermented chilli – a true Hakka classic – was fab and filling when paired with a bowl of lap cheong fired rice. 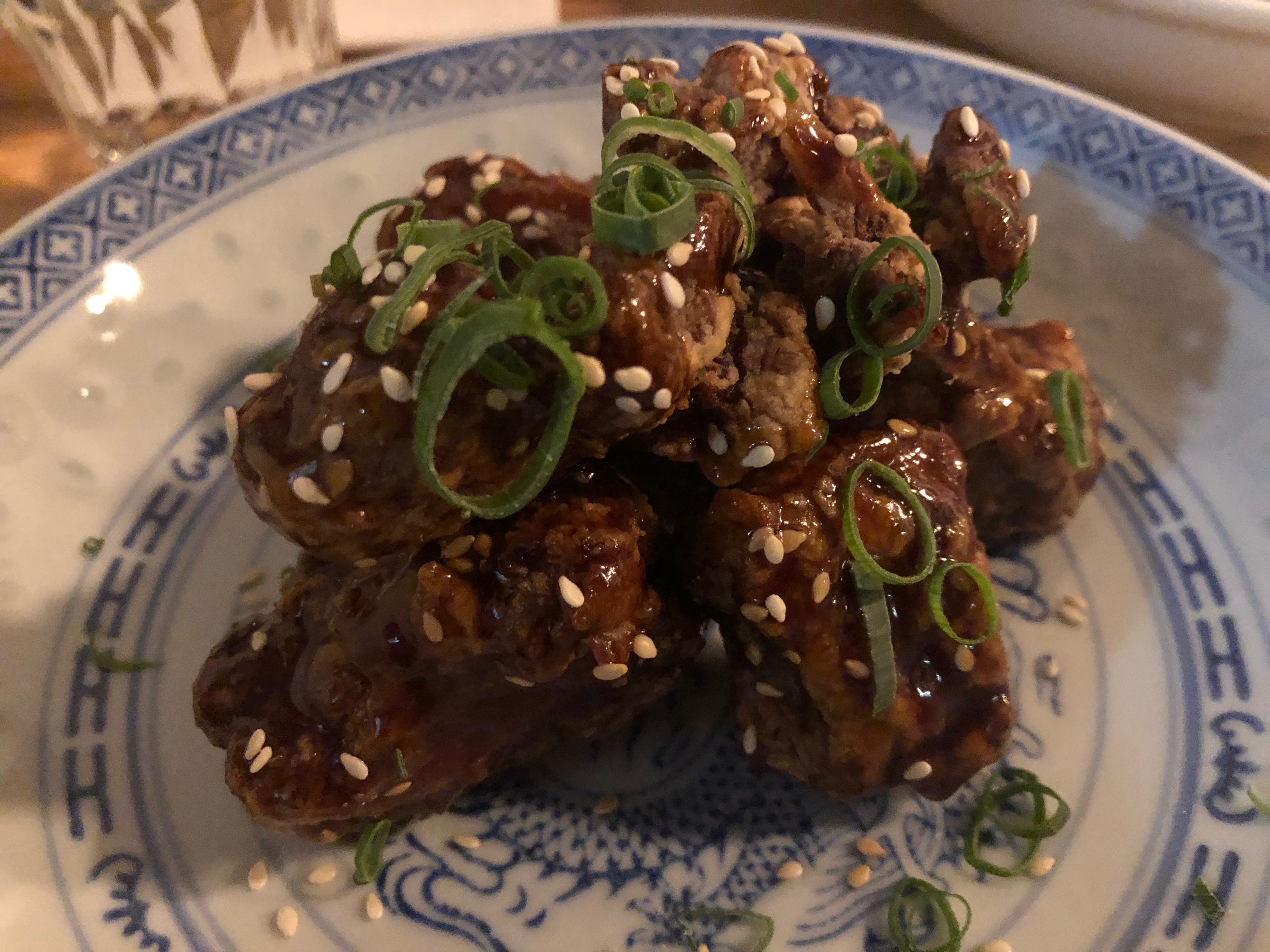 After finishing up the meal with the gorgeous mille feuille, a dessert of crisp wonton pastry and delicious dollops of Sichuan custard, and with only one beer on offer (Eurotrash lager cans), one could easily nip next door to the Lincoln – a previous 3AW Pub of the Year winner – for a relaxing pint.

Carlton’s young crop of dining draftees have added some real energy to an ageing list of restaurants and Super Ling, despite its diminutive stature, may very well end up a key position player in the famed culinary precinct. 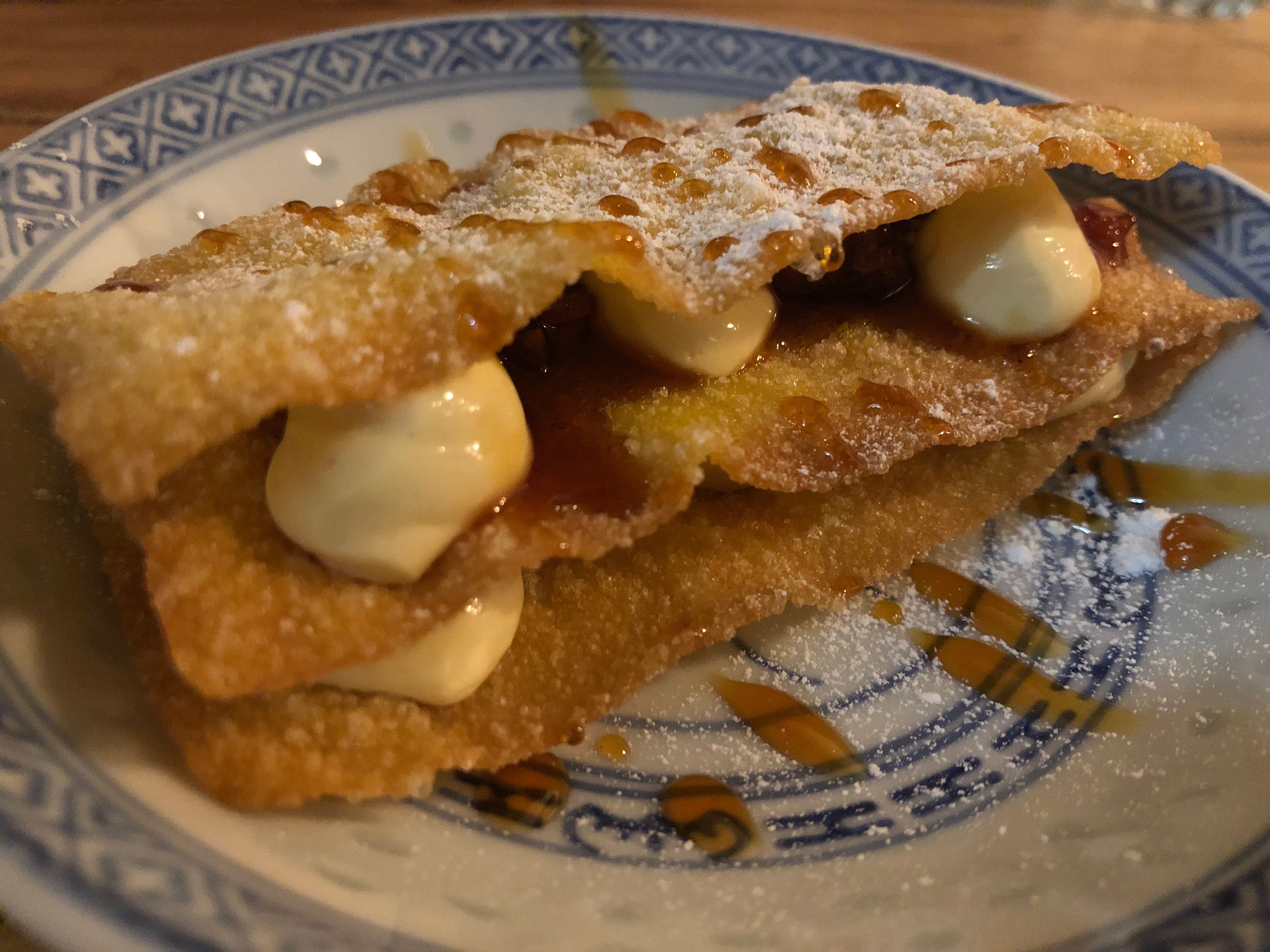