Scorcher reviews: The Alphington Social — ‘a top new place in the north-east’

Throughout history siblings have achieved some incredible feats together. The Wright brothers pioneered aviation, Hanson tore up the music charts in the 90s and Ronnie and Reggie Kray held London’s East in their terrifying sway in the 1960s.

Another sibling team who are also killing it in the east, Melbourne’s east this time (and not killing it the way the Krays did, can I just make clear) are Dylan and Maddy Breen, a brother and sister duo behind stylish Italian diner The Alphington Social.

Housed in what was formally Paladarr Thai — and before that the State Bank of Victoria building — Alphington Social serves up rustic, predominantly Italian fare (hearty pastas, pillowy woodfired pizzas, cured meats and cheeses) in a modern farmhouse-style setting. 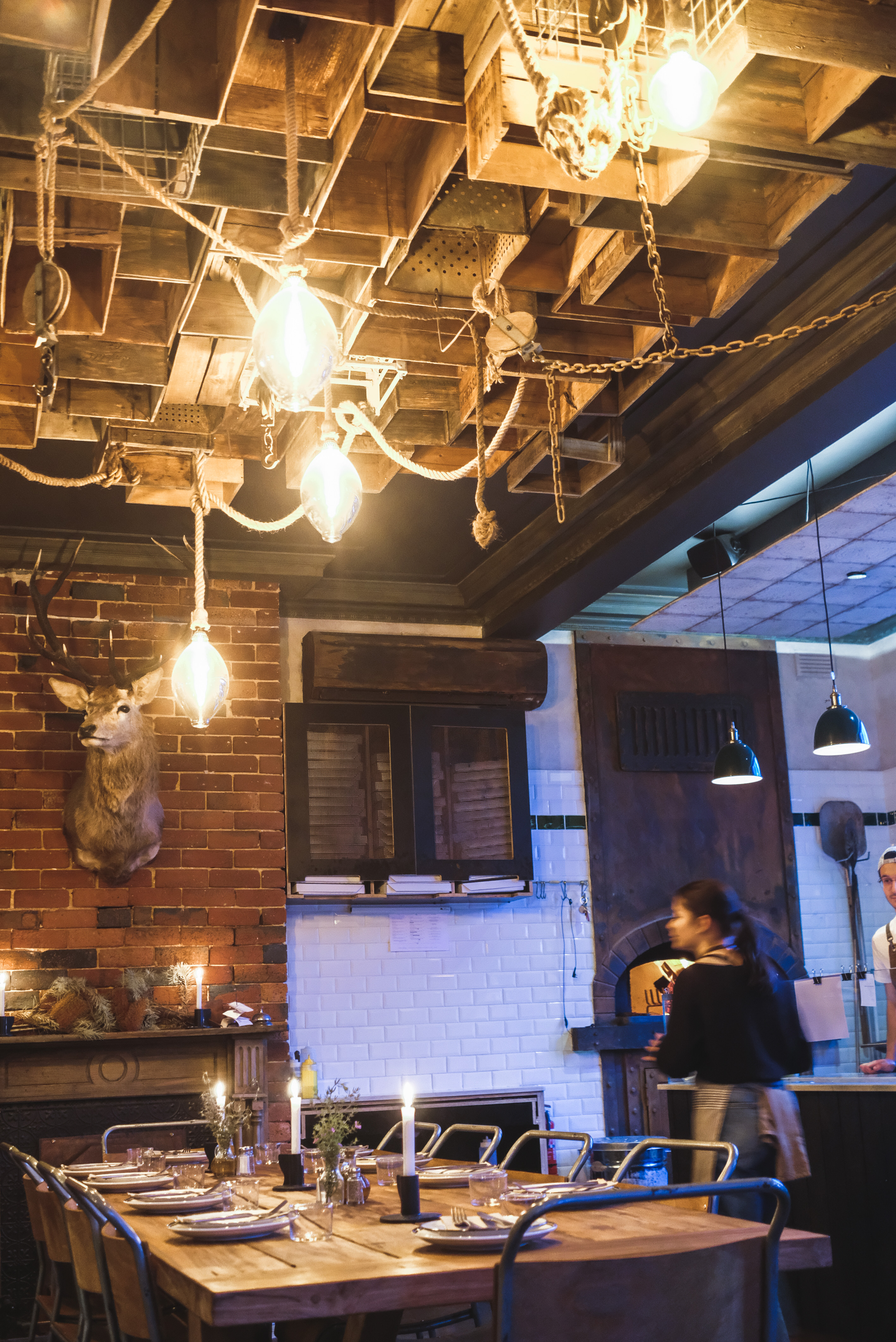 The place puts you at ease as soon as you walk through the large double wooden doors. The vibe is a little country club, a little provincial but very familial; the room comprises an open fireplace, a fire-breathing pizza oven in one corner, a bar built into the bank vault and a taxidermied stag’s head.

Opened in July, The Alphington Social is one of the top new places in the north-east to come if you’re up for a night of being, well, social.

I’m here on a rainy Saturday evening and the room is humming with happy people, and not because Collingwood has just been denied a spot in the Grand Final by Greater Western Sydney (well, there is a little bit if that too).

To my right there’s a table of people of all ages celebrating some sort of family milestone, behind me a well-dressed couple are contemplating a trip over to the cheese wall (more on that later) and to my left a young couple, perhaps on a first date, are making their food choices via the restaurant’s Instagram posts.

“I’ll have this cocktail you posted last Monday, and this pasta dish looks good. What is it?” the man says holding his phone up to the waitress’s face.

The pasta in question may have been (I couldn’t see his screen) the luscious, silky ricotta gnocchi with wild garlic mushrooms in a smoked chestnut sauce. The balls of gnocchi were as soft as a stocking full of cygnets and went down as gracefully as a Swan Lake pirouette. 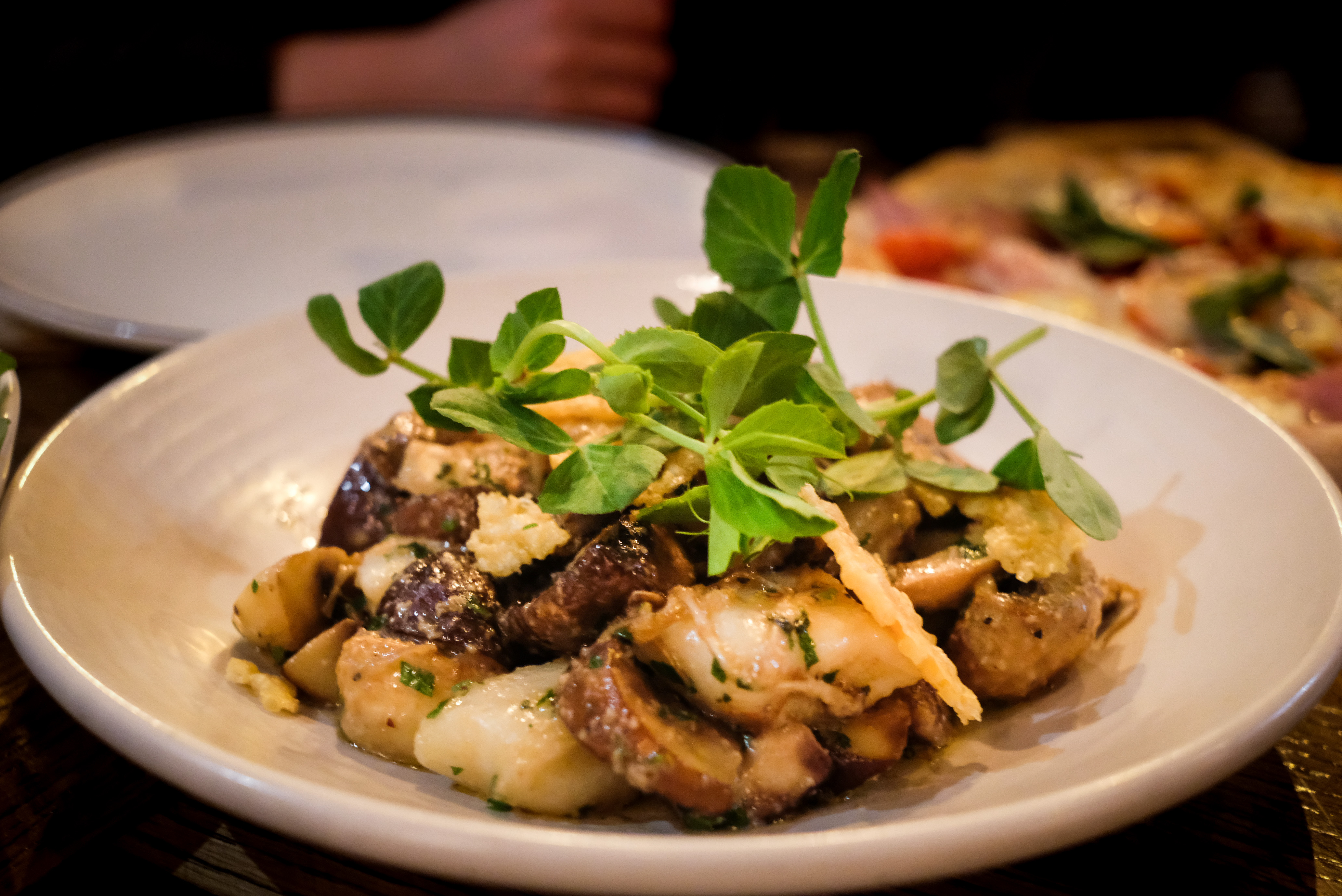 Rounding off the other pasta options, also on the menu is a braised beef cheek ragu; a classic housemade spaghetti vongole and a stracciatella and green pea risotto. And of course there are those woodfired sourdough pizzas, cooked in an open-air section of the dining room, by in-house pizza maestro Dylan. To make the dough Dylan goes old-school: hands only, no machines – and he throws in a few slugs of beer to give it a bit of extra oomph. 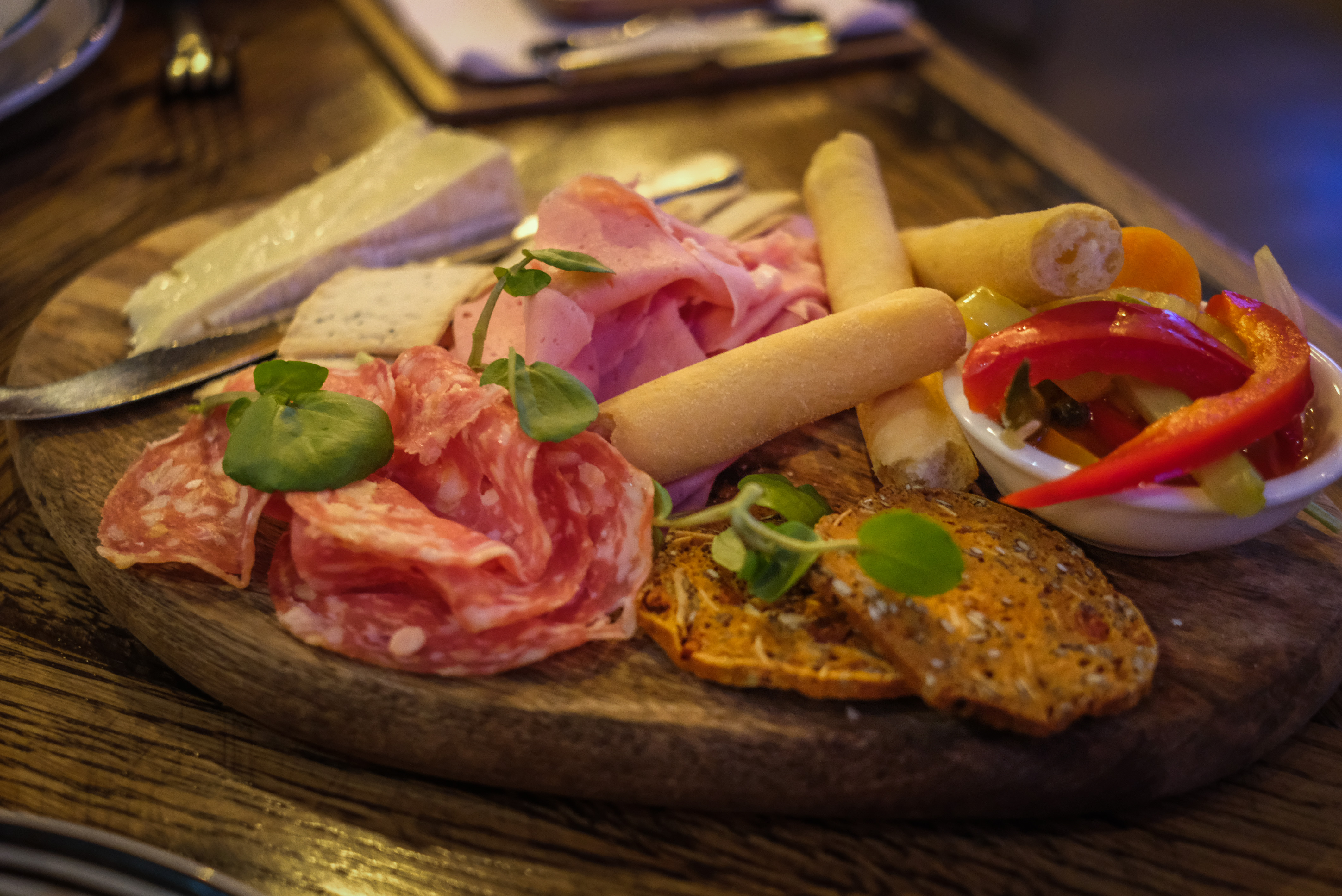 Now, to that cheese wall. Right before the entrance to the courtyard lies an imposing glass cabinet that takes up an entire wall and filled with more dairy delights than your heart could desire. Ask the staff to help to make your selection, and if you want to dive in deeper, The Alphington Social also runs cheese master classes throughout the year.

Though it may not be on the same level as inventing the aeroplane, this sibling combo has done a bang-up job with The Alphington Social.