“Some people come in expecting us to be a Mexican restaurant,” Coskun Uysal, head chef of the head-spinningly good Turkish restaurant Tulum, told us on radio.

Tulum being a popular holiday resort town on the Yucatan Peninsula in Mexico. But also, as Coskun informed us, a Turkish sheep’s milk cheese that he associates with his childhood.

So a Mexican restaurant Tulum ain’t. Neither is it a purveyor of cheap meat on a spinning stick or dips heavy on the garlic.

“That’s why I’m here, in Melbourne, to show people that Turkish food culture is much more than kebabs and dips.”

Coskun moved to Australia a little more than three years ago. He spoke little English back then but let his cooking do the talking.

In 2016, Coskun opened Tulum, which was met with almost instant fanfare, picking up a chef’s hat in the Age Good Food Guide awards.

If you haven’t dined at Tulum then make sure you put this place on your hit list for 2019 as the restaurant, which sits adjacent to Balaclava station on Carlisle Street, has undergone some major changes this year.

The space is bigger for a start: capacity has increased from 36 to 52 so you’re now more likely to snag a seat. 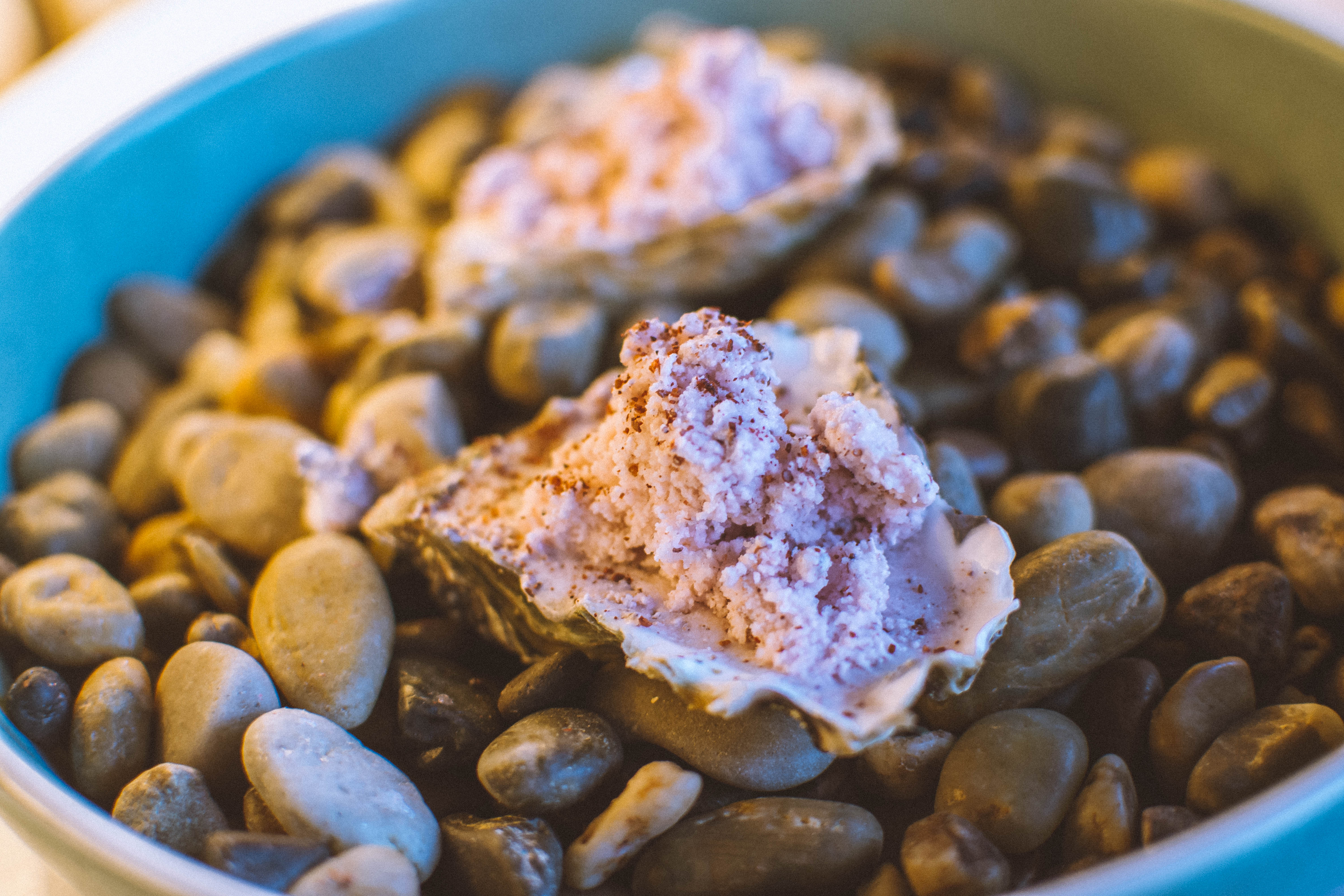 The narrow restaurant favours dark chocolatey tones and has been remodelled to resemble Istanbul’s Grand Bazaar. And gone is the mandatory set menu; diners are now free to order as they please (but a five-course sharing menu is still available if you’re having trouble choosing).

Coskun’s menu takes diners on a culinary hop through Turkey’s seven regions, drawing inspiration from the foods that his mother used to feed him as a child.

Dive right in with cold meze snacks of tulum cheese on pide with dehydrated black olives and tomato jam, or grouse little single oysters with refreshing rosewater granita and sumac. 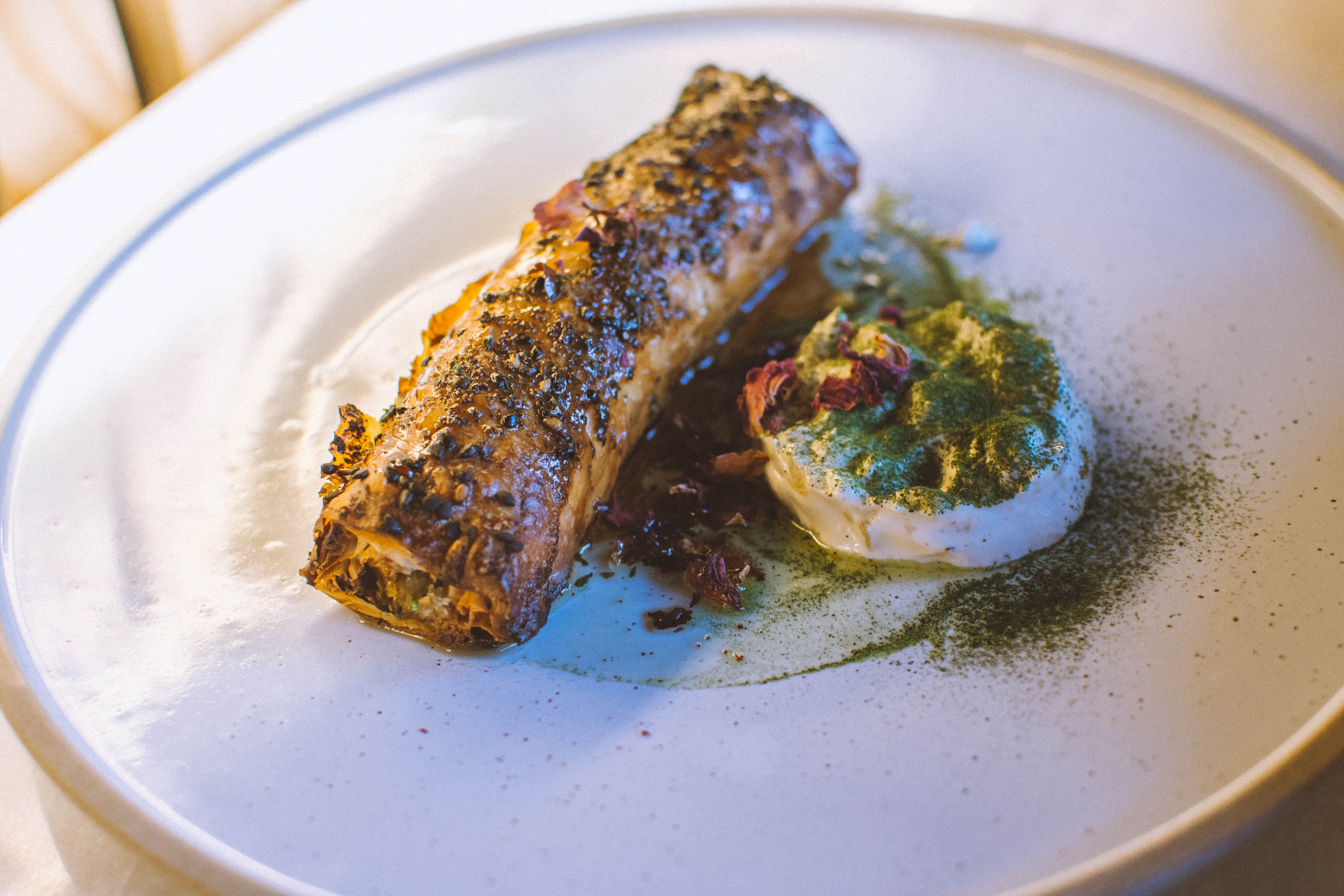 From here on in everything is made for sharing.

Pan-fried sardines with preserved lemon and cucumber, on the list of seafood meze plates, are served paddling in a sea of bonito tea, which have you wishing you were knees deep in the Mediterranean.

One dish that had me sitting up straight was a bowl of manti, teeny-tiny Turkish beef dumplings with minted garlic yoghurt and burnt butter. This is bolshie dish that would help shore up the body during snowy winters in Anatolia. 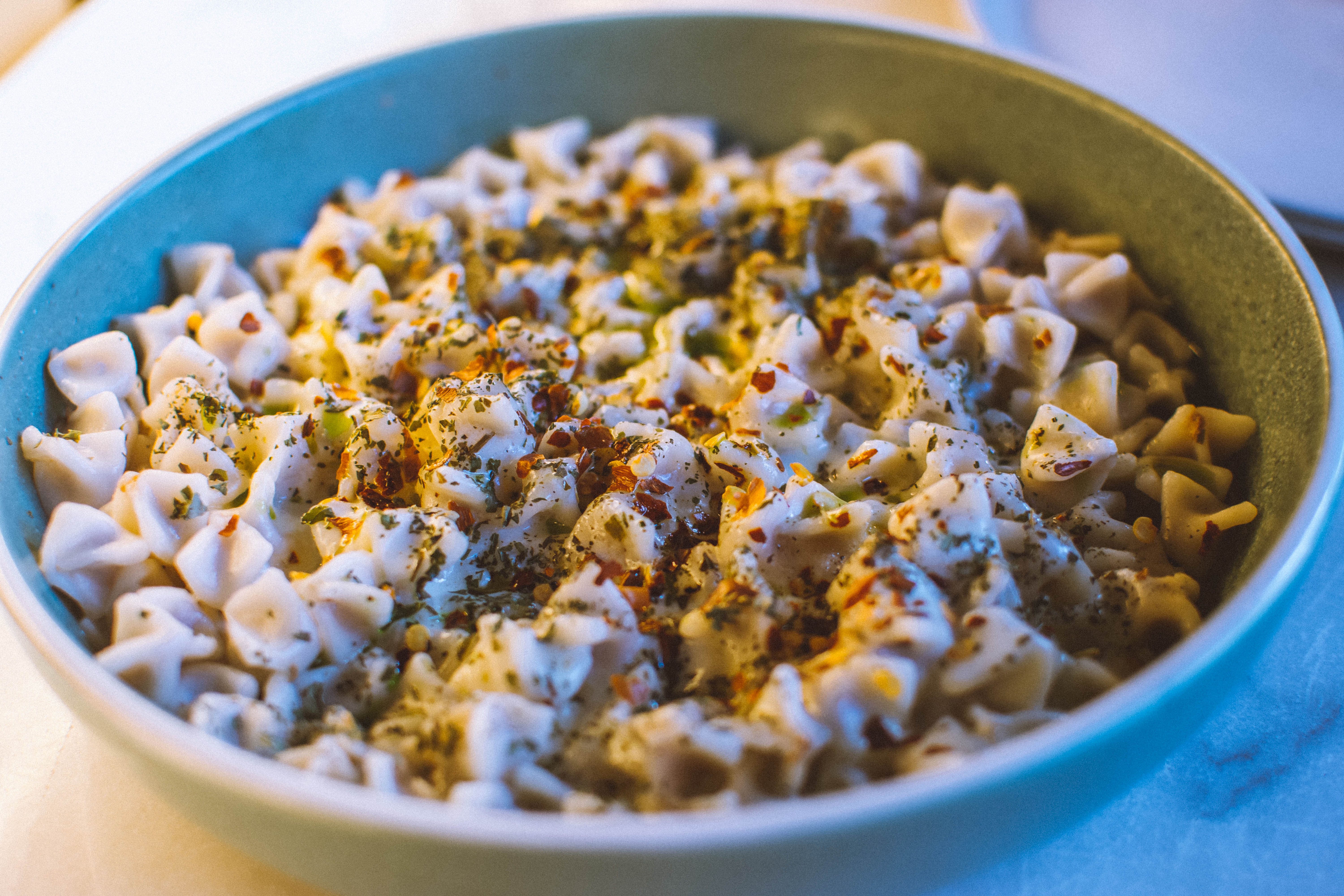 Other dishes that hit the brain’s pleasure centre were kaburga (tender beef ribs off the bone), which took pride of place on the plate adorned with smoked eggplant, tahini and date jam, and the flaky borek, a crisp of of Turkish pastry stuffed with roasted potatoes, leeks and served with fried green pepper yoghurt. 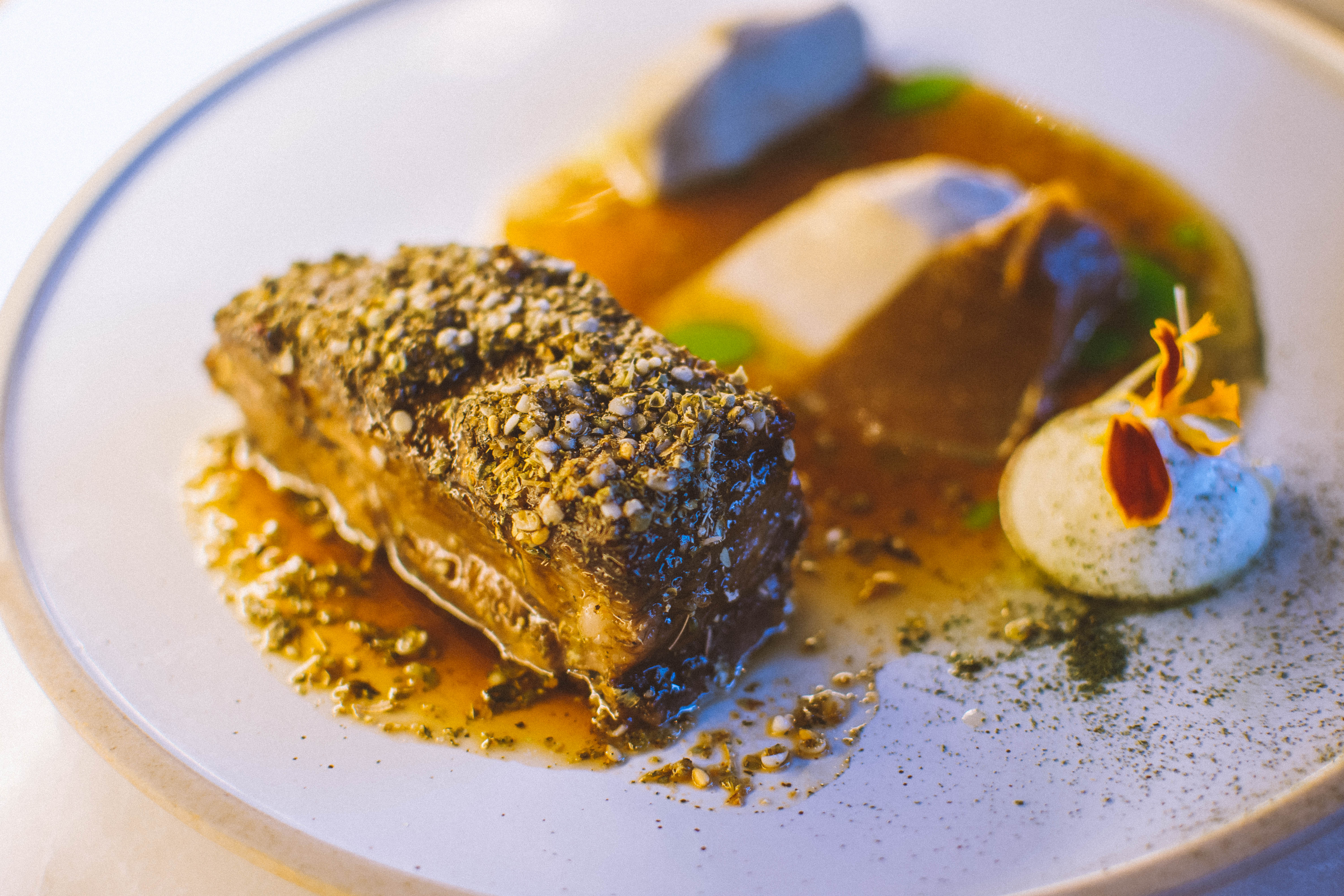 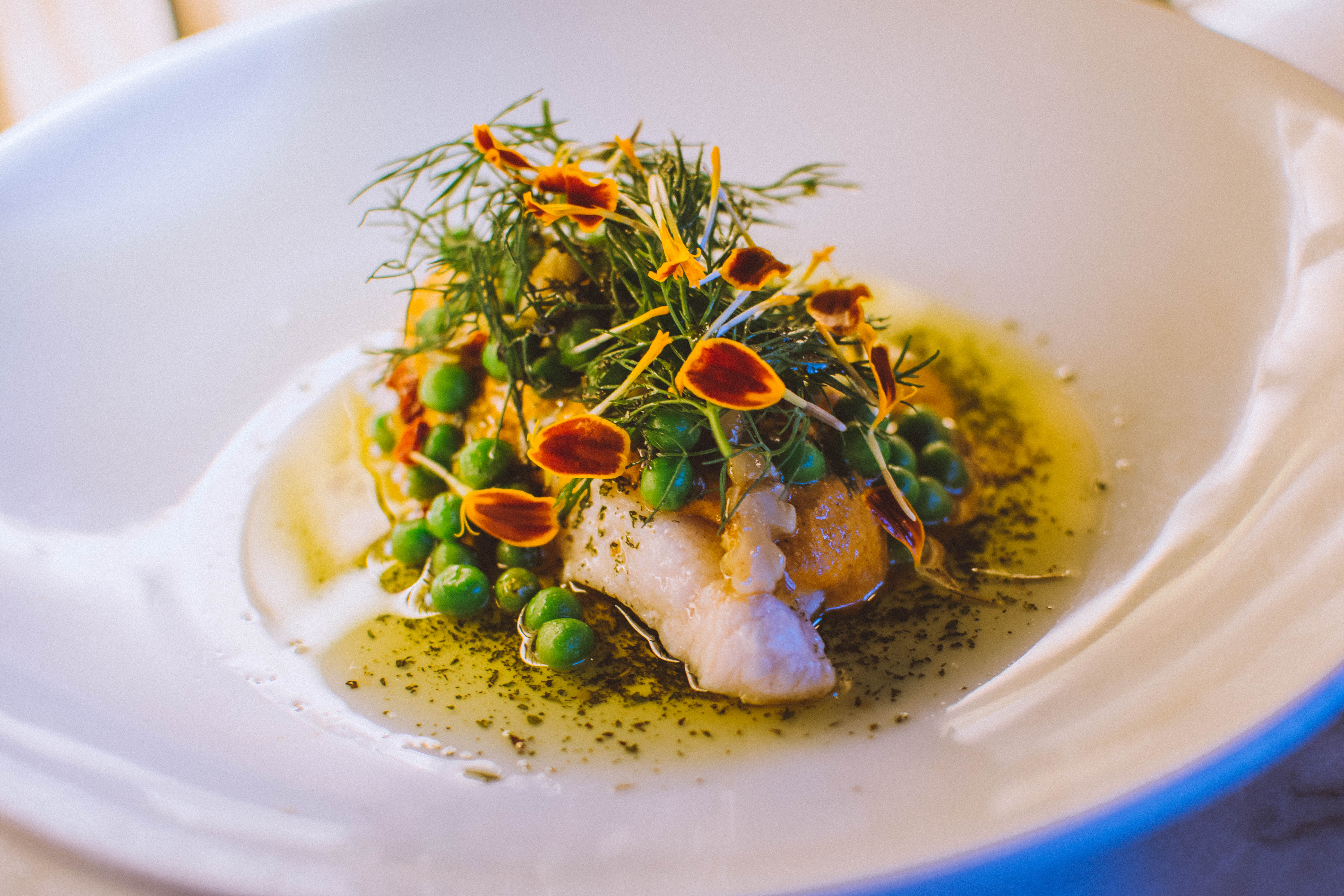 There’s no doubt Coskun has made a splash since putting down roots in our fair city. He has taken the homespun, traditional cooking that’s been baked into him from an early age, shot it through a modern, globetrotting filter to produce a menu that is at once inventive and honouring of heritage.