It’s the beginning of the year and you’ve vowed to take better care of yourself and eat a healthy diet.

And while that’s a laudable goal, I’m here to tell you that there’s no shame in breaking your New Year’s resolution so soon. And when you do, why not do it in the most wonderful way possible: with a gorgeous, glorious pie from Wonderpop & Deli.

Wonderpop & Deli, a slender eatery tucked away among car parks and construction on Little Lonsdale Street, looks like a Danish architect’s love explosion – full of wood and bright colour and order.

Pie-maker and owner Raymond Capaldi, an accomplished chef who’s worked in fancy kitchens across Europe and Melbourne, has swapped silver service for the simplicity of pastry, peas and gravy to create a haven of baked goods, jaffles and fresh salads. And if you eat a salad with your pie the two cancel each other out, right?

So for all you pie fans out there – and let’s face it, who doesn’t love a good pie? – Wonderpop & Deli may just become your new happy place.

The range of pies is extensive and intriguing, which can make selection an arduous endeavour. For those wanting simplicity, the traditional chunky pie with buttered mash and peas is a straight-up winner.

But if you’re in the mood for something a little more adventurous, the more ‘gourmet’ options are tasty and rewarding.

The Thai green chicken curry and coriander, for example, was just the right combination of Chiang Mai and Charring Cross.

Also on the list of ‘wonder pies’ is the confit duck with root vegetables and orange jus; a lasagne pie with bolognese sauce and béchamel; and macaroni with vintage cheddar and mustard.

One item that has attracted the attention of construction workers and curious punters alike is the Tradie Slammer, a mince pie wedged between a toasted brioche burger bun with a smattering caramelised onion jam. It’s an ugly thing to look at but beauty is in the pie of the beholder.

Capaldi says this calorie-bomb of a creation harks back to his penniless days working as a budding chef in London.

“This originated a long time ago. It’s what we used to eat for dinner and breakfast,” he said. “That kept us going for the whole day.”

So if you want to up your pie game, head on down to this neglected and culinary barren corner of the city for a pastry-encrusted pick-me-up.

Wonderpop and Deli is sweet as pie. 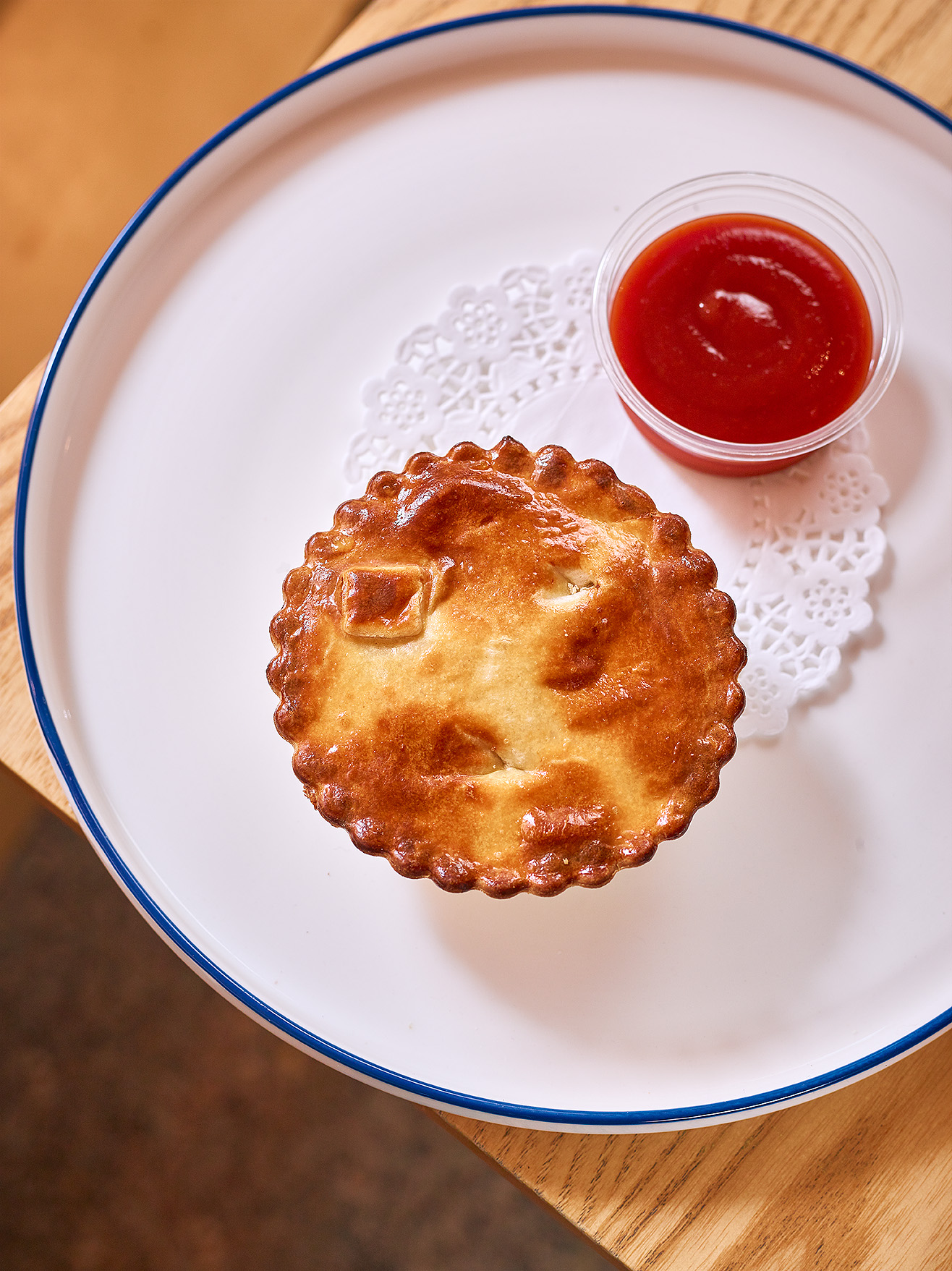 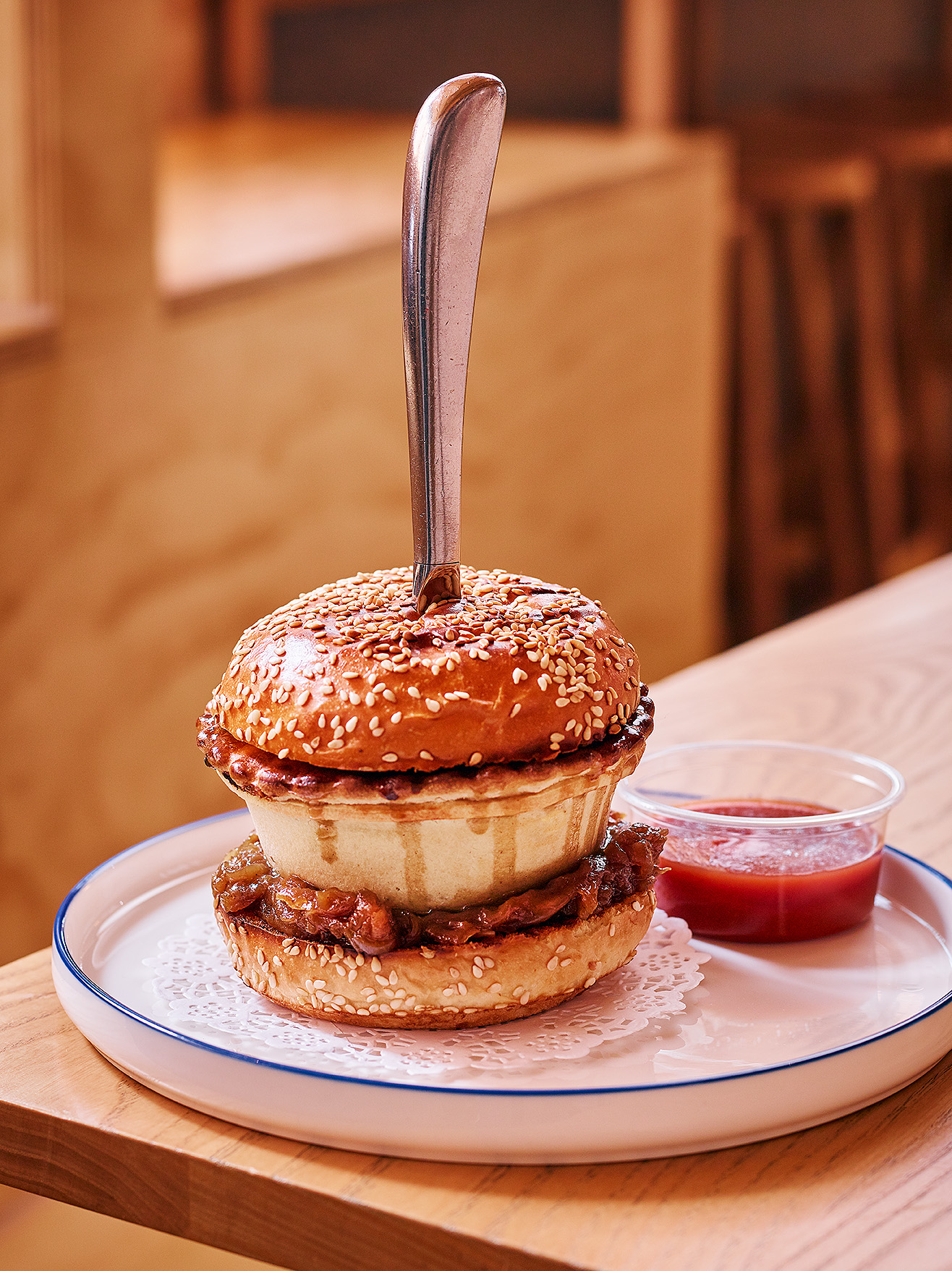 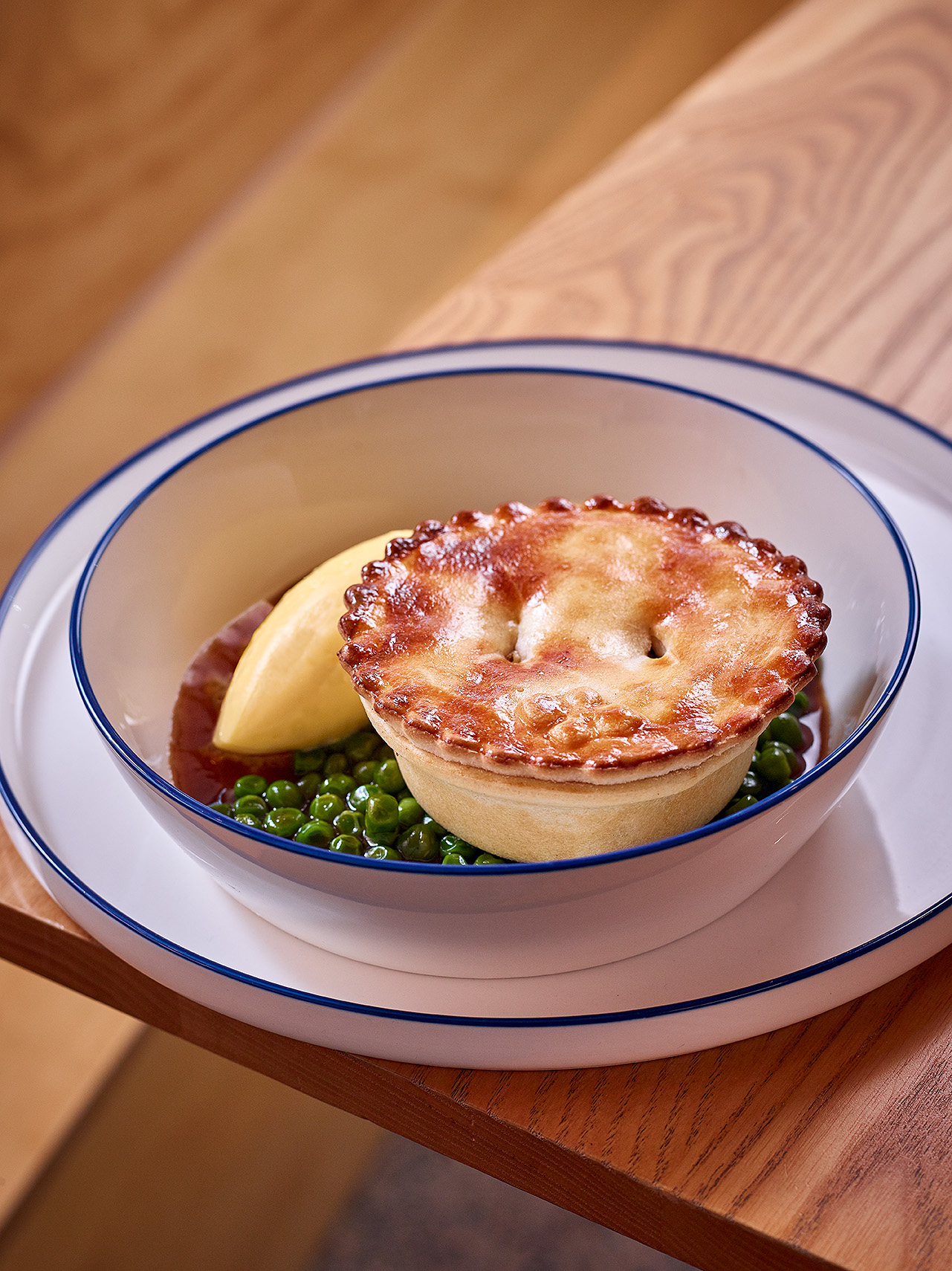