Police have put out another plea for help for information related to the disappearance of two campers who went missing in Victoria’s High Country in March.

Russell Hill and Carol Clay set off for a camping trip at Wonnangatta River on March 19.

Russell was last heard from on March 20, when he made a call from his HF radio from Wonnangatta Station.

Despite numerous searches for the pair over the last seven weeks, the pair have not been located.

Police have released a new photo of Russell in the hope it jogs the memory of anyone who saw the campers in the lead up to their disappearance.

Police have been told that Russell purchased a DJI Mavic drone before going camping, which someone may have spotted in the area.

“We haven’t been able to locate the drone,” Detective Inspector Stamper said.

“In my heart I fear for the worst for them, unfortunately.”

It is still yet to be determined whether the disappearance of the pair is suspicious.

Anyone who saw the pair in the area between 6pm on Friday March 20 and Saturday March 21 is urged to contact police.

Anyone with information regarding their disappearance or who has any CCTV or dashcam footage is urged to contact Crime Stoppers on 1800 333 000 or log onto www.crimestoppersvic.com.au 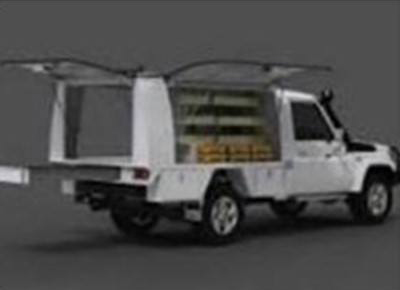