Police are searching for a man in a ski mask who grabbed a woman and attempted to drag her down a street in a frightening Hawthorn attack.

The 25-year-old woman was walking along Burwood Road just before 1am on Sunday when she noticed she was being followed and phoned a friend.

A vehicle was seen driving slowly behind the woman before it drove past her and parked on Burwood Road at about 1.09am.

The attacker, a man in a ski mask, got out of the vehicle and walked north on Henry Street where he waited for the woman to pass him.

Then he grabbed her from behind and attempted to drag her down Henry Street.

She elbowed him in the stomach, and he attempted to choke her before she bit him on the arm and he let go and ran.

Two witnesses her her screams and chased her attacker to Central Gardens, where he threatened them before fleeing in his car.

Police have increased proactive patrols throughout the day and night in the area to ensure public safety. 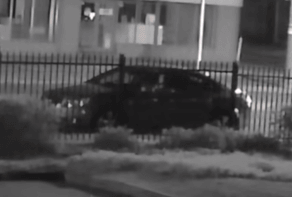 Detectives are urging anyone who recognises the man or his vehicle or remembers seeing him in the area on the night and may have dash cam footage, to come forward.

Anyone with any information is urged to contact Crime Stoppers on 1800 333 000 or submit a confidential report online at www.crimestoppersvic.com.au.

A 25-year-old woman was followed by a man who later assaulted her and tried to drag her into Henry St on Sunday (November 22).

She managed to escape but we need your help to identify the person in this footage.